Cosmic Convoy is one of those old titles I knew little to nothing about until a few months ago. As strange as it may seem, I actually enjoy delving into the past even for obscure or underrated games since they were, in many different ways, part of my life. Cosmic Convoy, published by Taskset in 1983, is a title which, despite the not so good reviews I found online, I would have spent a lot of time with back in the day, if I had known about it.

The game, clearly inspired by the mid-70s TV show Space 1999, is a side view shooter where the screen scrolls left or right only when you move your ships. There is no automatic scroll here since the gameplay is based on the player’s decision to move back and forth to protect the convoy. The story sees you living in System Coman, a solar system in urgent need of supplies, and your task is to protect a convoy of relief ships moving between planets. Unlike in the TV show, where the Eagles could mount different weapons, in this title they are only taking the role of freighters that you have to protect from alien attackers as they make their way to the next planet. You can move in the classic four directions (up, down, left and right), while the freighters will fly straight ahead. It is your choice to stay close to them or to fly ahead in order to intercept the oncoming alien vessels. 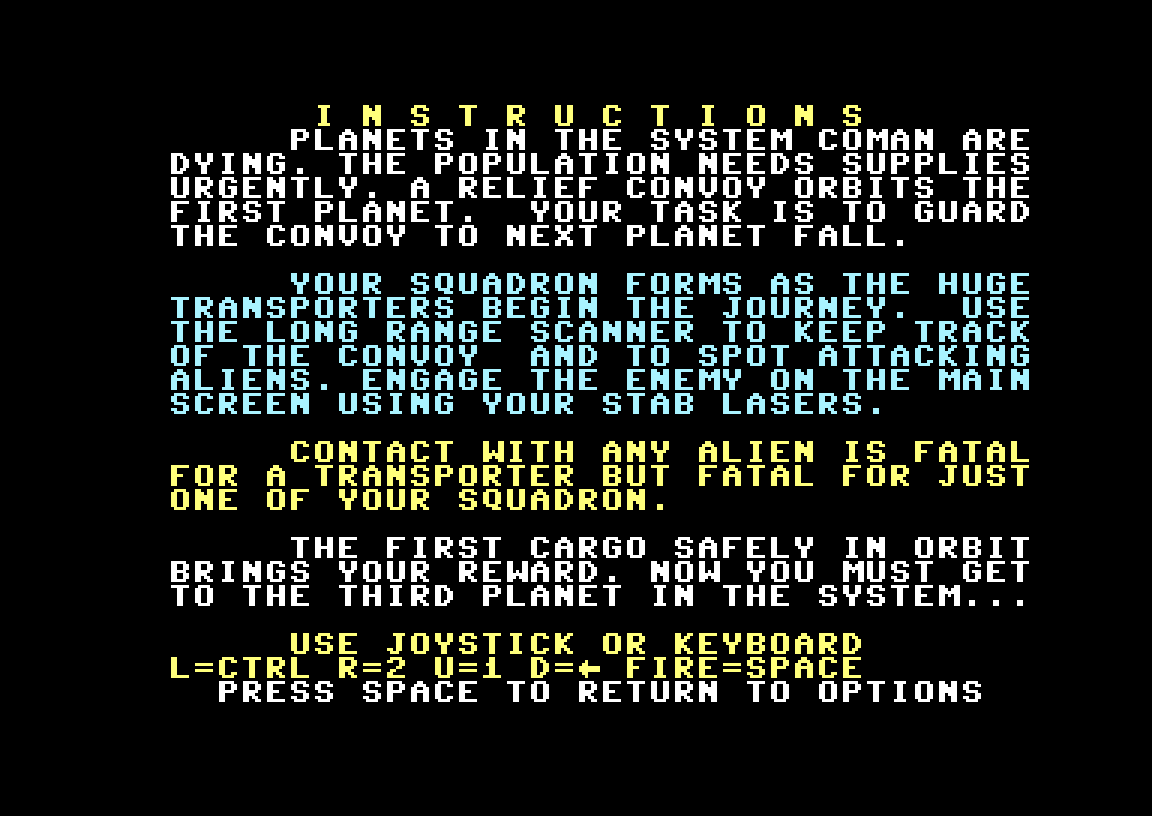 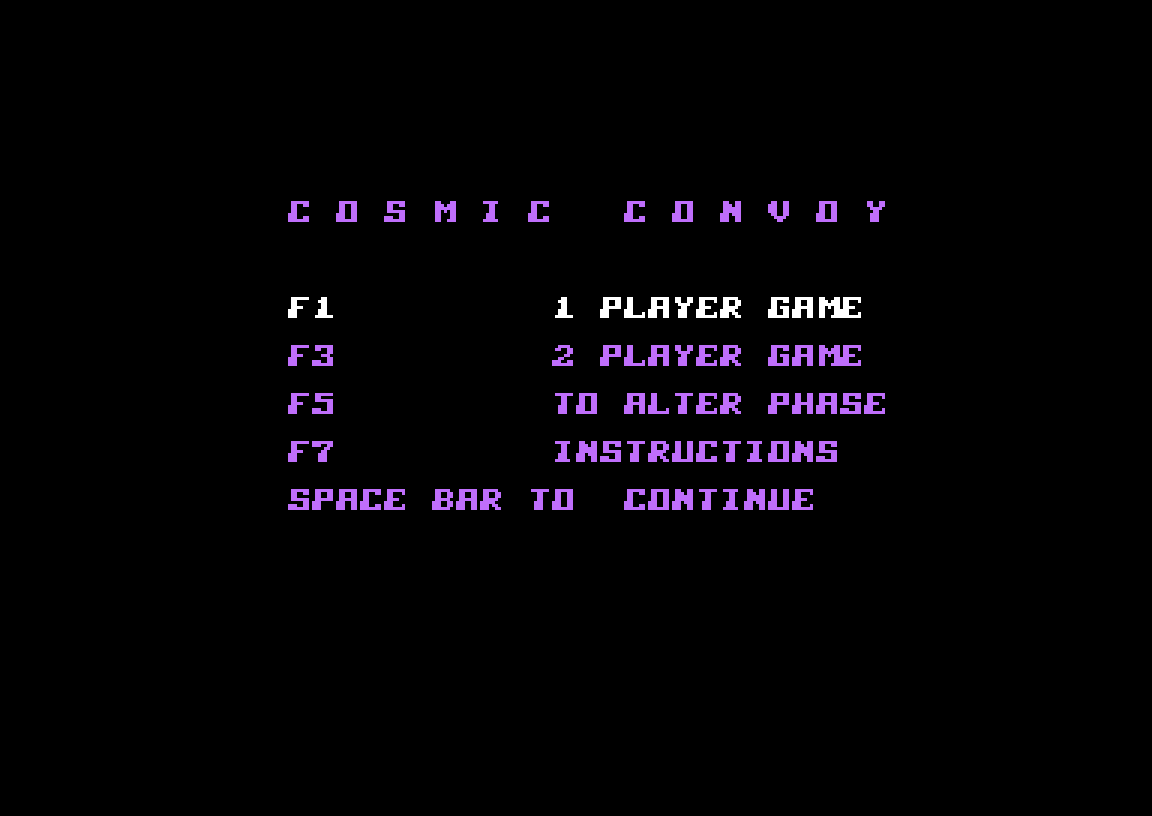 The main playing area is divided in two different parts: the upper one is where all the action takes place, while in the bottom one a long-range radar shows your path from one planet to the next one together with the position of the convoy ships and the waves of alien attackers. You can speed up and intercept the aliens, knowing that some of them will manage to fly past you, so you will have to retrace your steps to protect the freighters. Your squadron is composed of 3 ships: destroying the enemies and reaching the following planet will grant you passage to the next level; losing all the freighters under enemy fire or losing all your fighters will result in a game over. 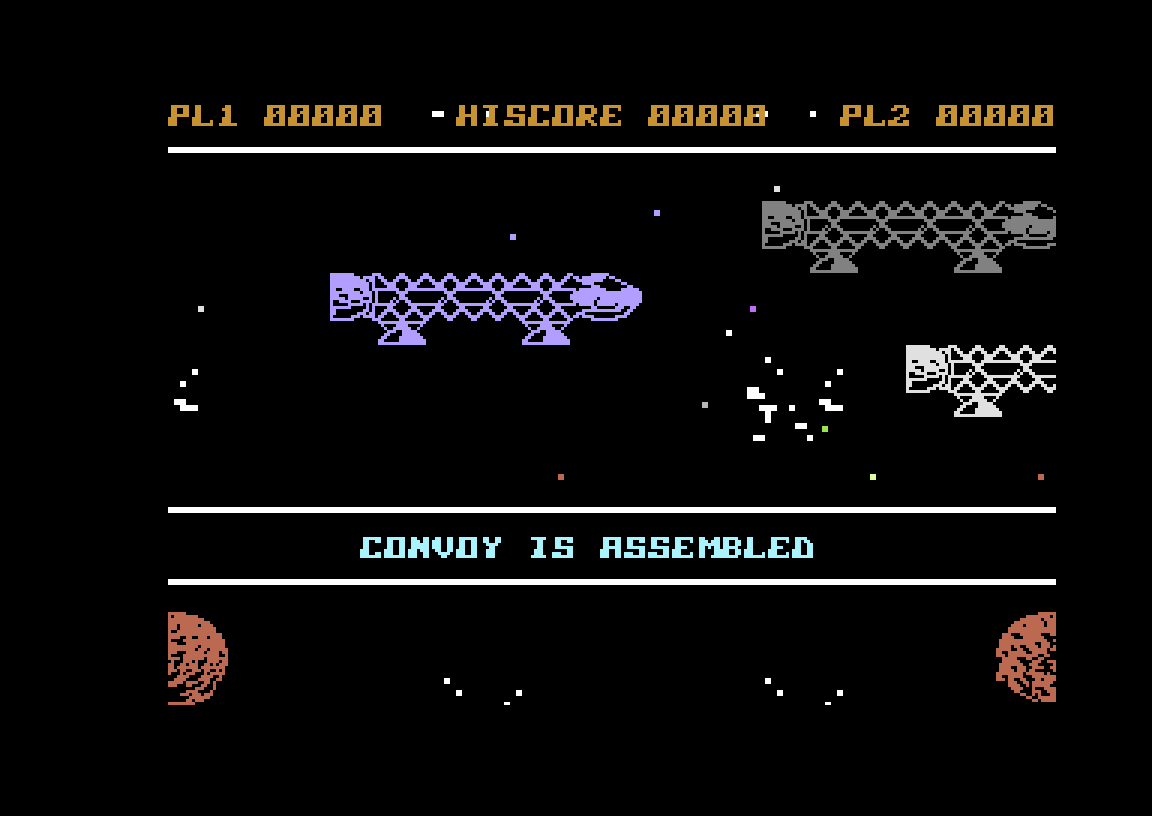 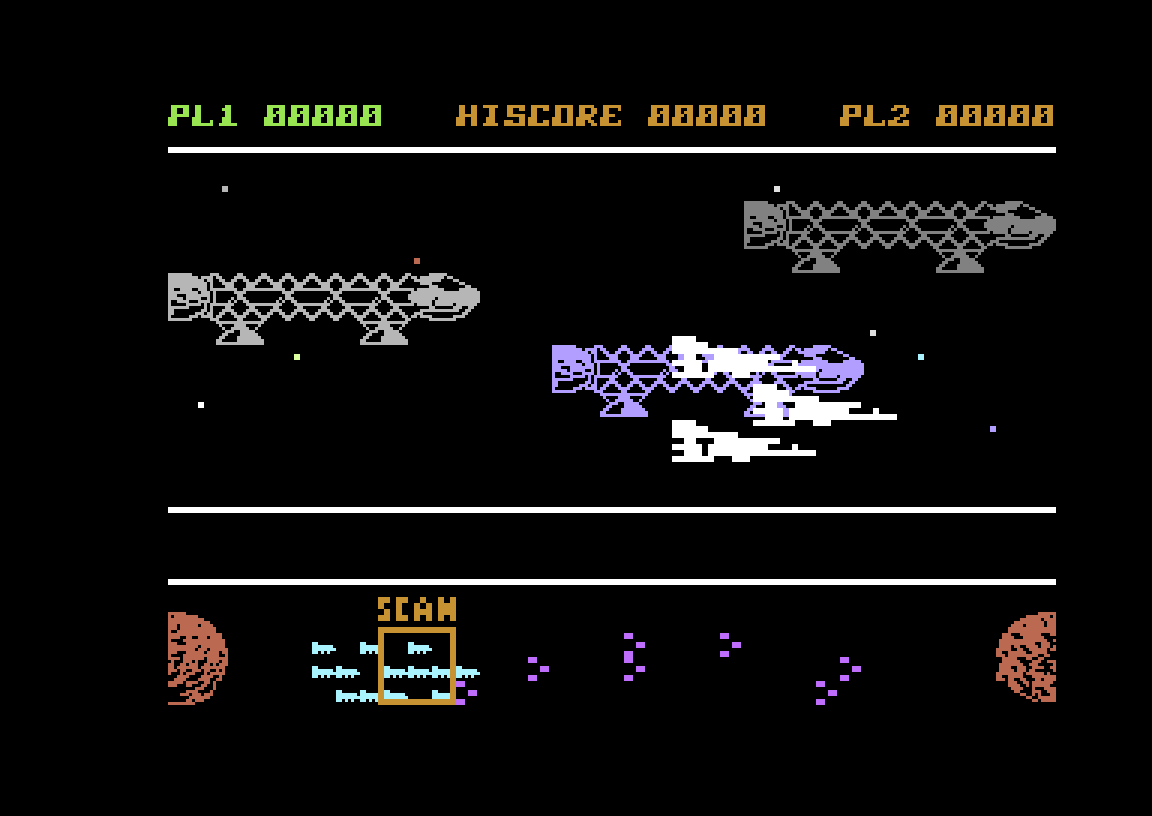 Touching the alien ships will also deteriorate yours, up to the point of losing one or more of them. You have a total of 2 squadrons before resulting in a game over but, once the convoy reaches the next planet, you receive a medal and bonus points. According to the internet (I apologize but I didn’t have the time to test this aspect) two players can take turns to play when the other loses a squadron, thus adding a little bit of fun to the match.

All considered, and despite repetitive gameplay and a general lack of variety in enemies, I don’t consider this one as a bad title. The show where the freighters come from is, by far, one of my all-time favorites, and the game itself was not so bad taking into account it was 1983. A score of 6 is very well deserved even though, if you consider the nostalgia factor and the historical value, a 7 would probably be fairer.

Follow Us... Inspire Us To Get Better... Keep The Flame Alive
PS5 Abuse – Sort of…. Unboxing A Homebrewed Tiny Bobble

2 thoughts on “A Look At Cosmic Convoy”