Where does one start with this one then, Else We Get Mad! is another one of those free Public Domain games that somewhat looks interesting but at the same time, there’s something about it that just screams ignore it!.

I must admit that it has been on my ignore list for a long time and the only reason there’s an article now is due to the fact that the developers decided to go and do a physical box release, and I love the big boxed stuff! 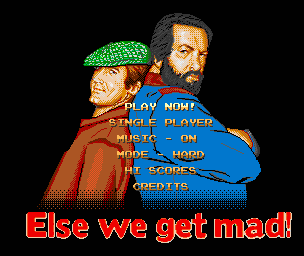 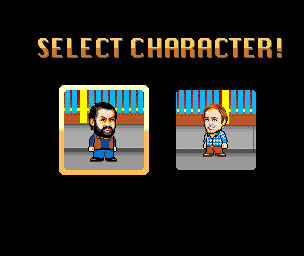 Else we get mad! are one of many games from a team called Amiga Wave and most if not all of their games contain graphics from a rather famous pixel artist who loves to work with a very restricted palette and resolutions, yup I am talking about José A. Gonzáles (Jojo 073).

Can a Bubble Head style Beat Em Up brawler game be any fun?

Tiny arms & legs with a huge head strike me as a bad idea for a fighting game for sure. 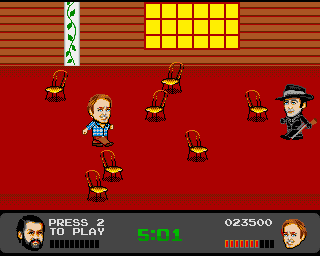 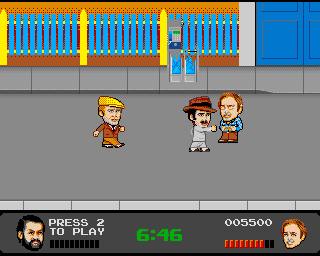 Else we get mad! may have the sprites and the style needed to be a Bud Spencer game but it doesn’t take long before you notice the backdrops and how simple everything looks.

The level design is lacking, there are no details anywhere to be seen and everything just feels thrown at you without any planning or structure.

It is not all bad though, the music from Estrayk is pure genius and one of the best excuses you can find to play this game.

The controls are responsive and smooth, certainly much better than some of the old brawlers from back in the day.

One has to wonder what this game could have been like if they had gone “all in” and done a full-blown commercial title as the coder is nonother than Alex Brown/alpine9000 from the awesome 2016 game – Blocky Skies – and this year’s Amiga smash-hit Worthy. 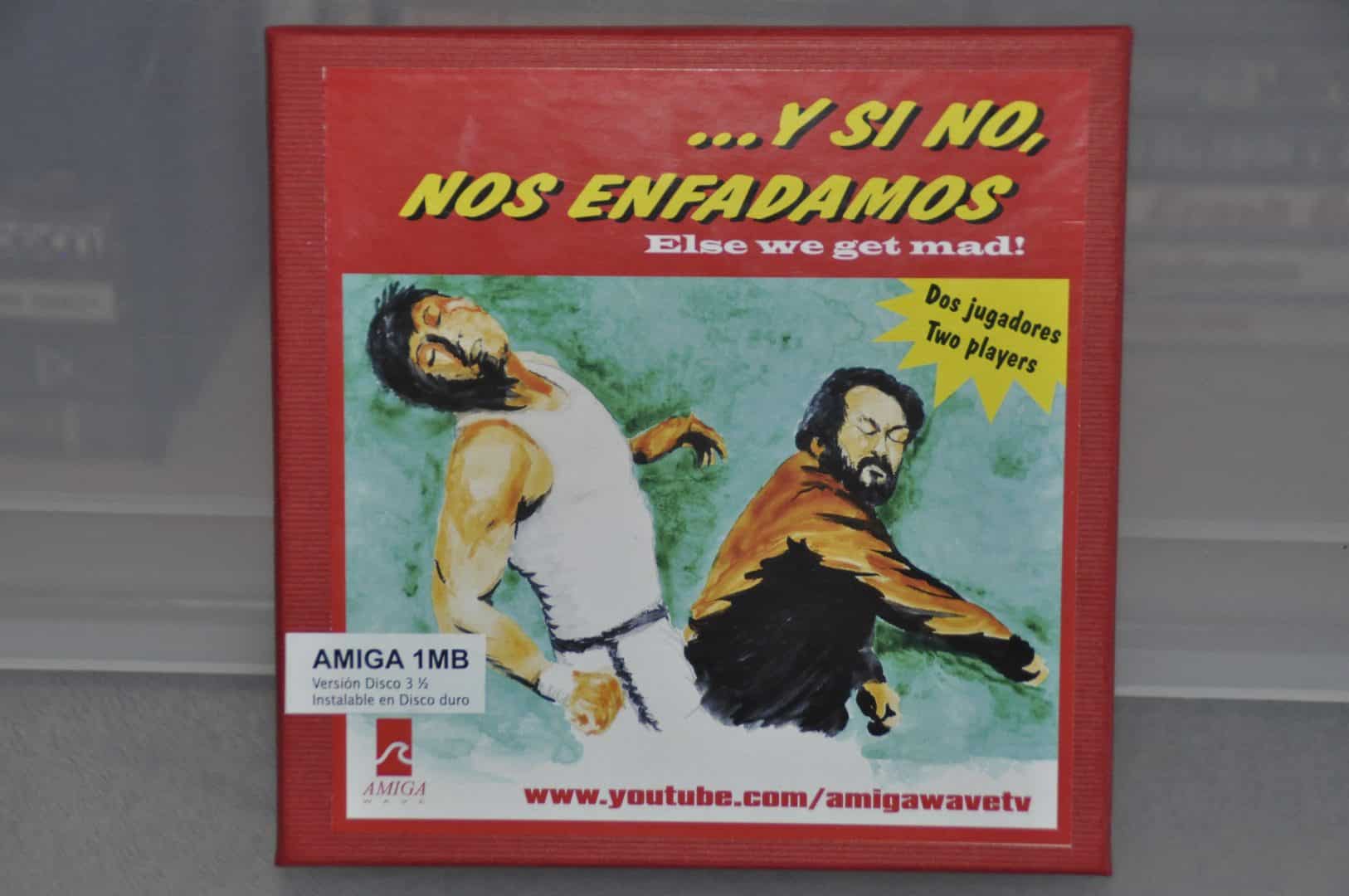 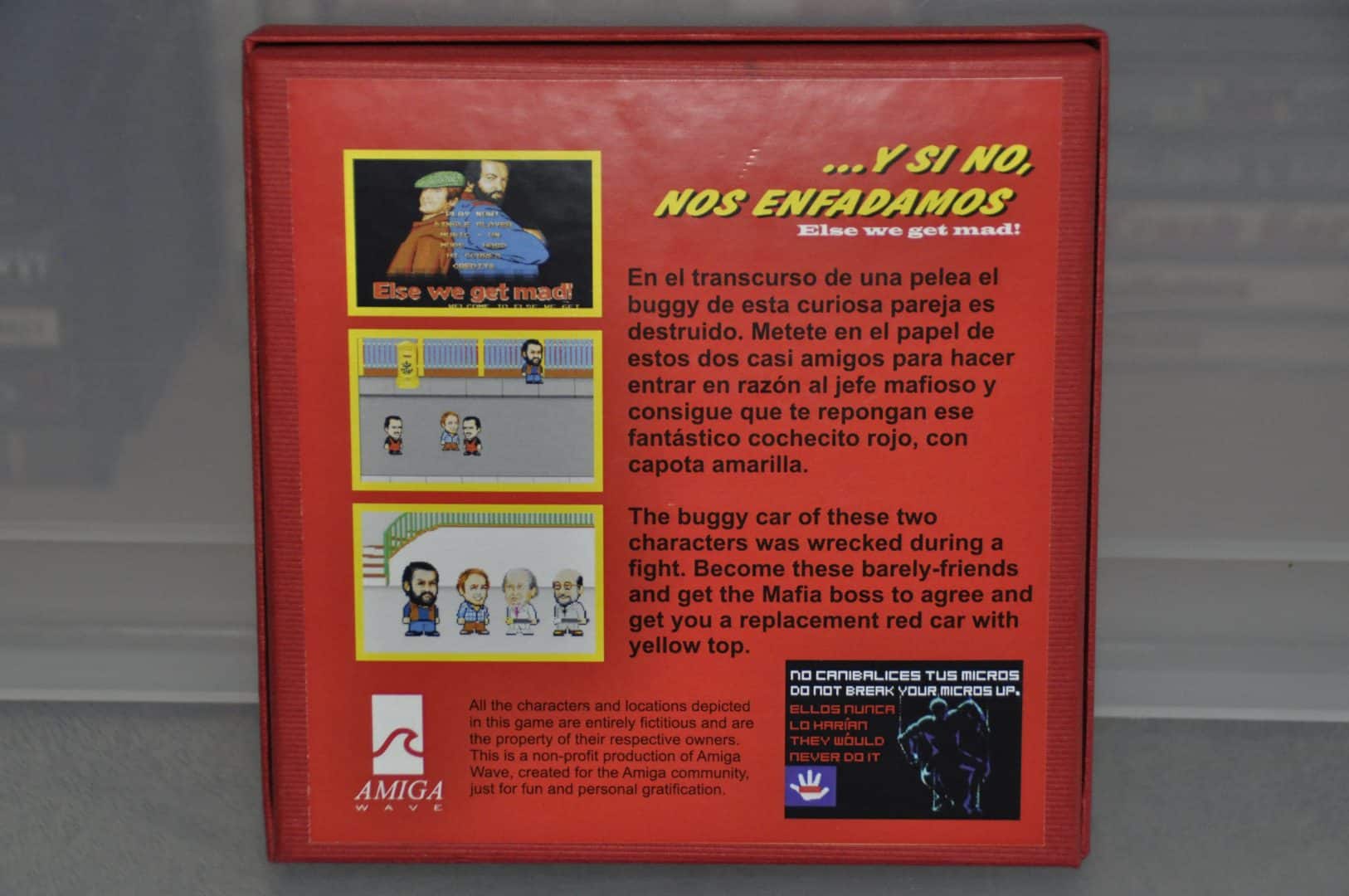 I love to support the community for sure and most of the time it is worth it when it comes to boxed game releases, a free game in a box is often enough for me but this Else we get mad! box has to be one of the worst ones I have ever held in my hands, sad but true. 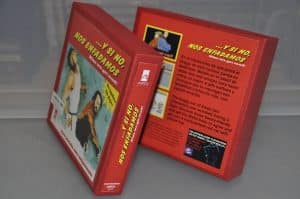 The cardboard feels wrong (is that fabrics?)  and the art ain’t printed onto the box either, it is “just” stickers that have been slapped onto a box and while they are neatly placed it just feels wrong, the worst part though is that you can’t fully close the box either ( the back side of the box is deeper than the front (see picture)) which mean it ends up taking more place on the shelf than it should have done.

The overall look of the art is good though and they have certainly worked a bit on that part, oh and there’s one very important thing on the box though and it says:

This is a non-profit product of Amiga Wave, Created for the Amiga Community, just for fun and personal gratification. 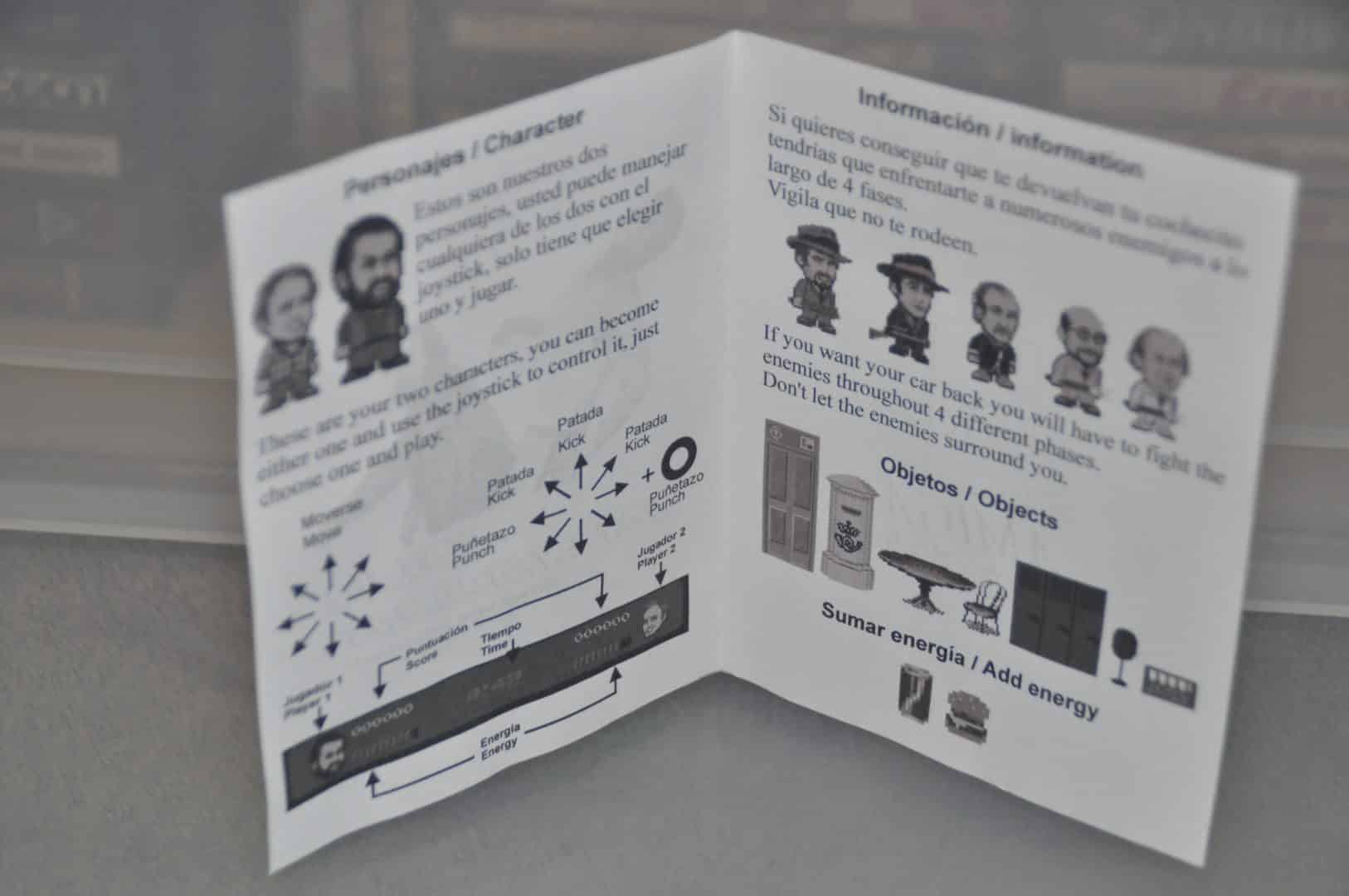 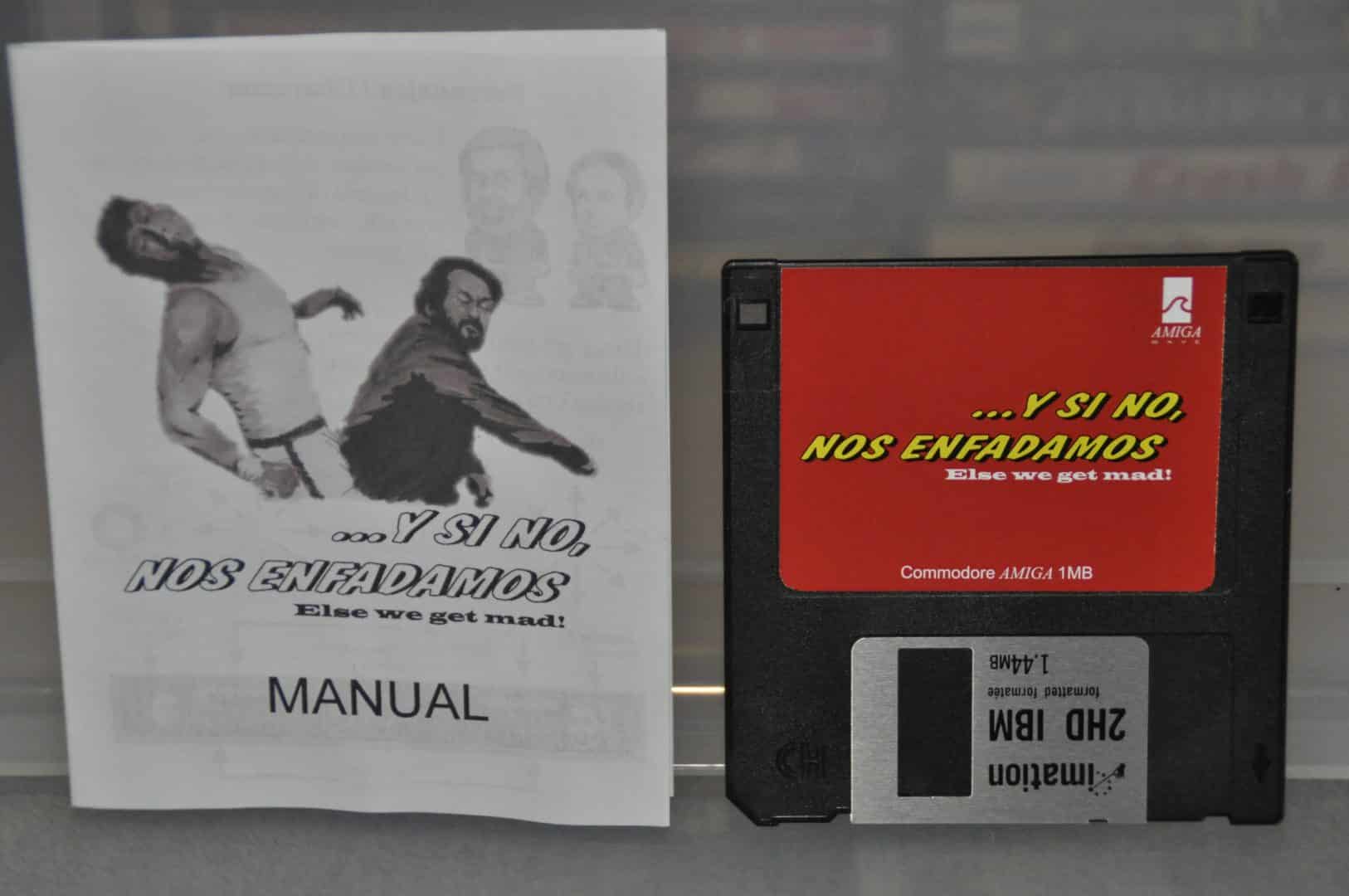 The game comes with a small b/w printed manual, nothing amazing but it does what it is supposed to do with lots of pictures and so on.

The game comes on a single floppy disk, that’s actually an HD floppy but they prepped it for the Amiga with some sticky tape (proper old school style). 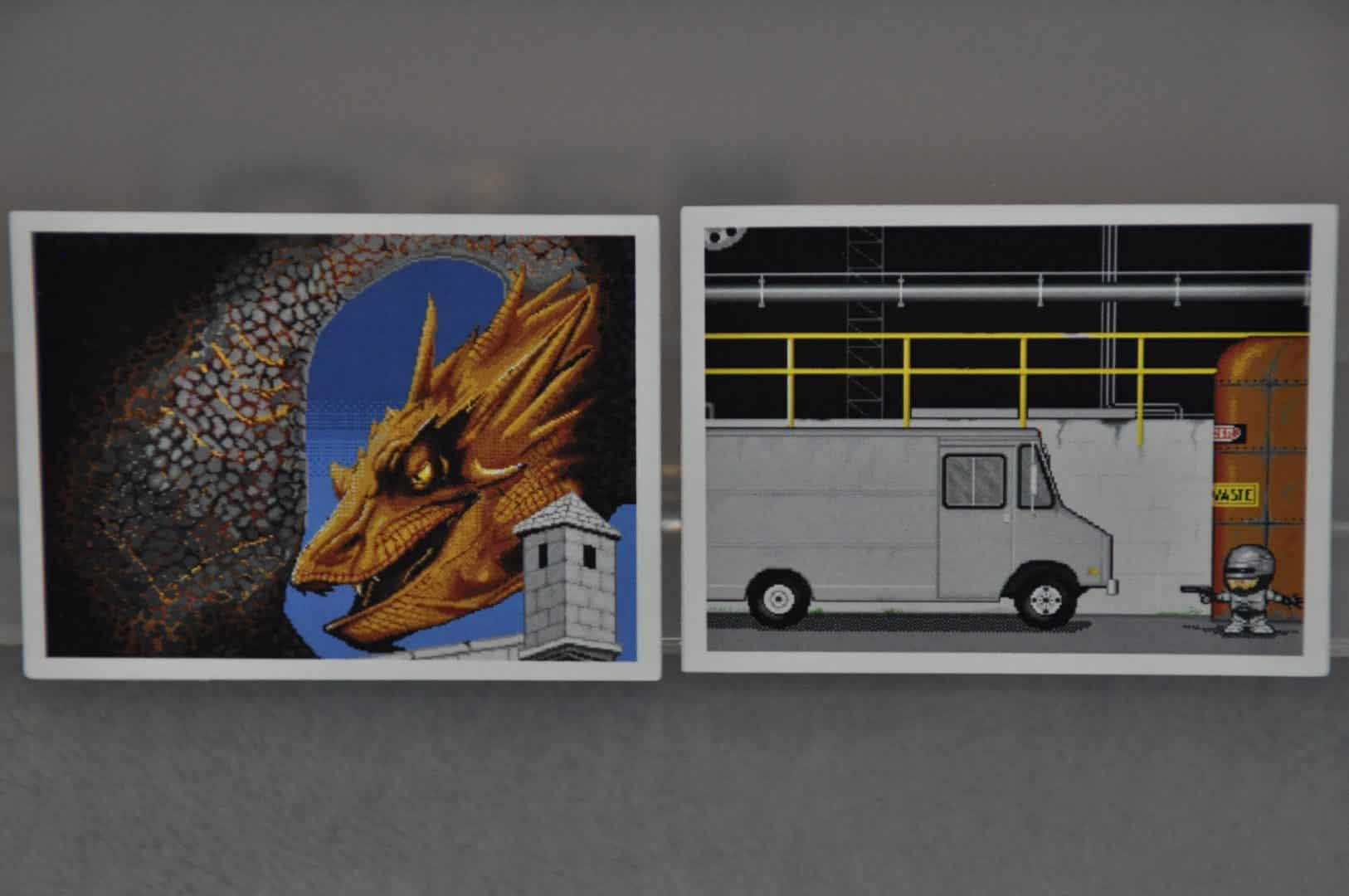 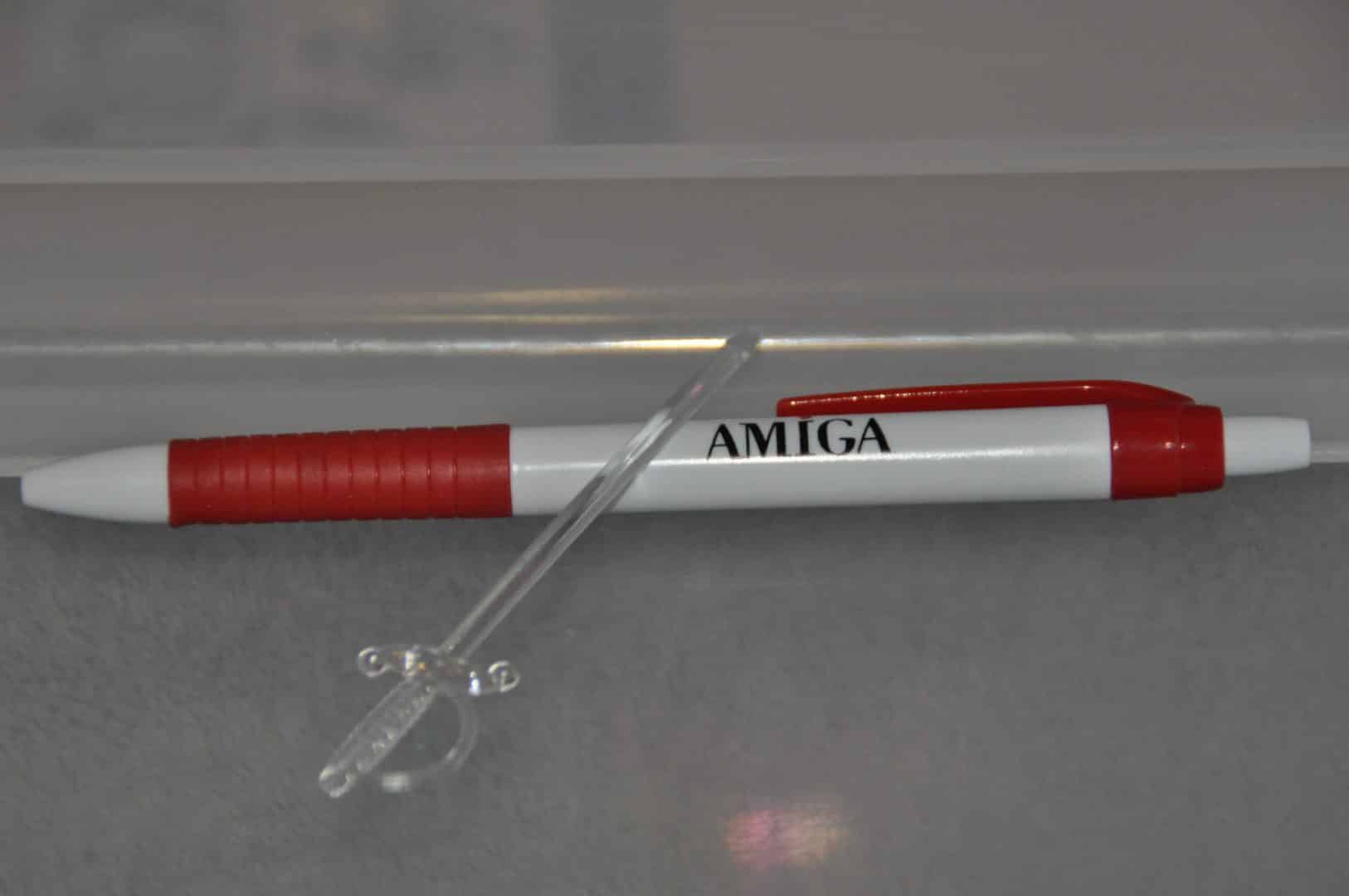 Some cool bonuses came with the box too, an utterly brilliant RoboCop sticker as well as a pretty familiar dragon sticker.

They even included an Amiga pen and a sword thingy which is a nice little gesture that shows that they thought about me as a customer and that it was added as a personal touch.

AmigaWave managed to get the game out in physical form and that is commendable, they love doing games and there are many of us out there that will support them and one of them is writing this very blog. 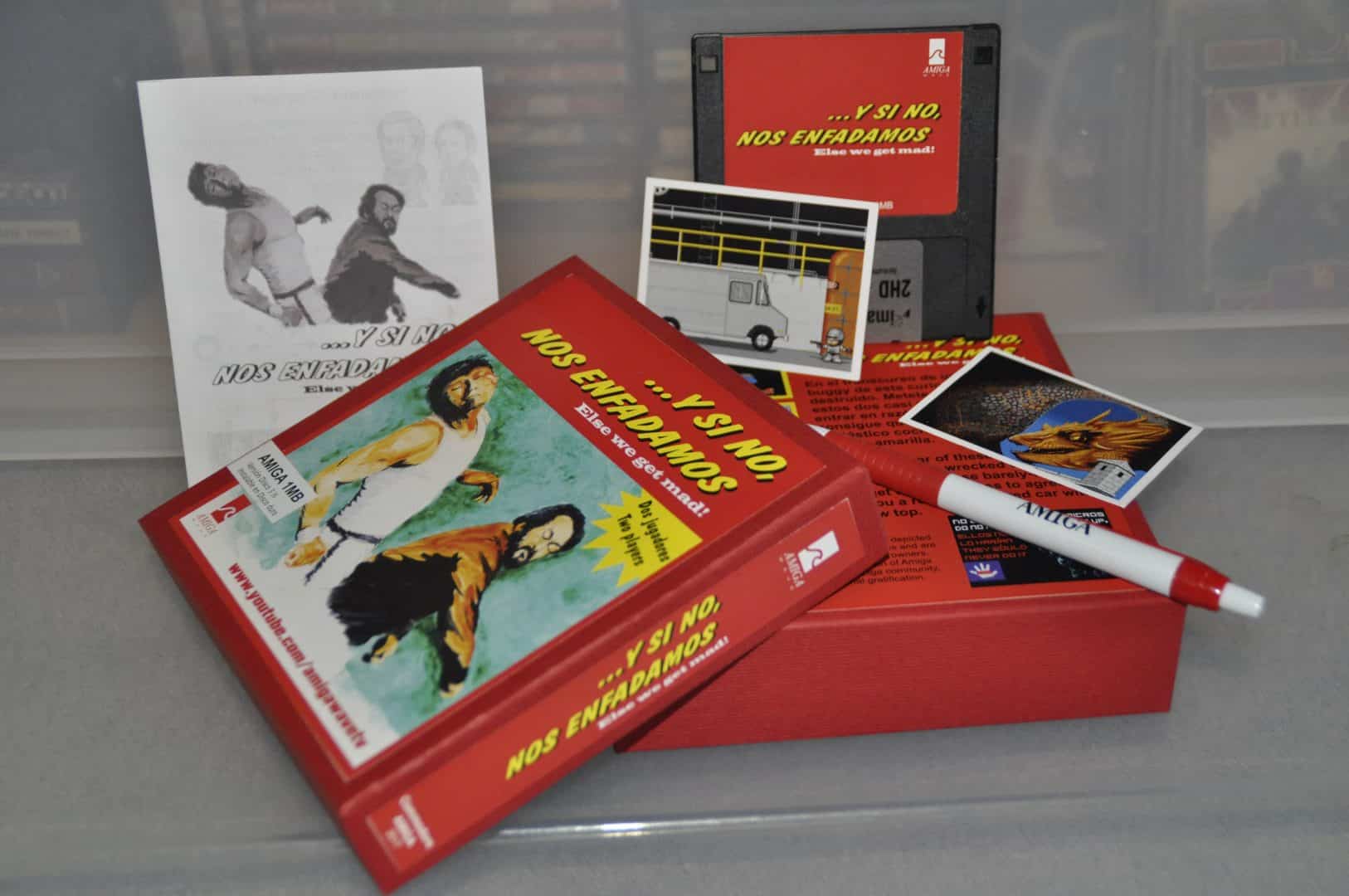 Else we get mad! is one of those things that could have been brilliant but being a Public Domain and ” just for fun ” project can only go so far and while i expected more of this I have decided to look at this as the beginning of something big instead of a failure. If you are a game collector then you need to hurry up and order this right away for sure but if you are not into collecting, just download the free version and donate some money to the developer if you think they deserve it as the box is just not worth it.

This Limited Edition boxed version can only be bought from Amigastore by the look of things, the free downloadable version can be found at Aminet.

There are quite a few Amiga Wave games (Rambo, Furtum Sacrum, Mini Swat and Retro Wars) by now, I will delve more into them soon and i have to admit that i need those Limited Edition boxes too. 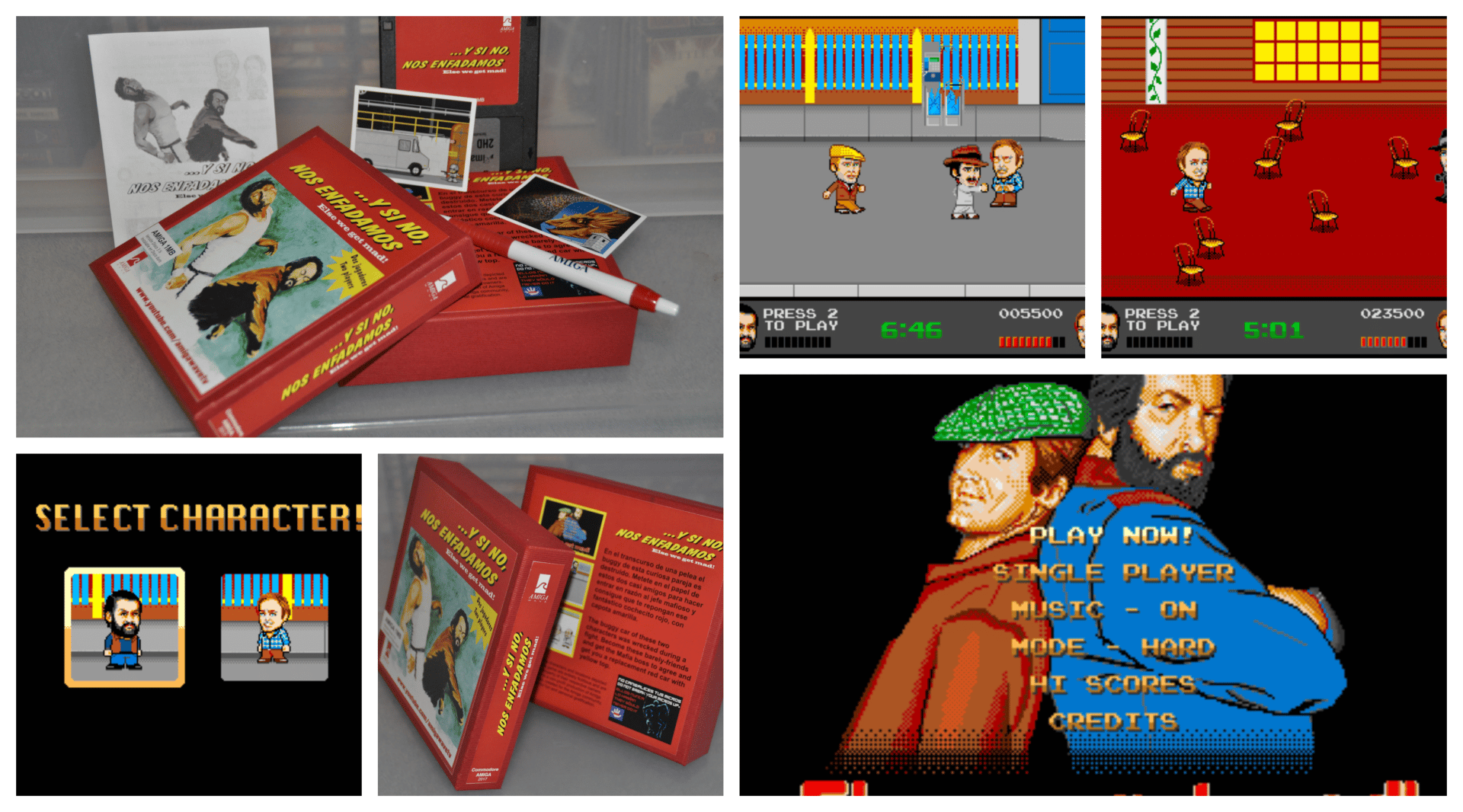 Screenshots are taken from the internet (lemon) and the box shots are from my own collection.

Follow Us... Inspire Us To Get Better... Keep The Flame Alive
What A Day – Updated The Website To php7 + More Lucca Comics And Games 2018

4 thoughts on “Else We Get Mad! Limited Edition – Bud Spencer On The Amiga?” 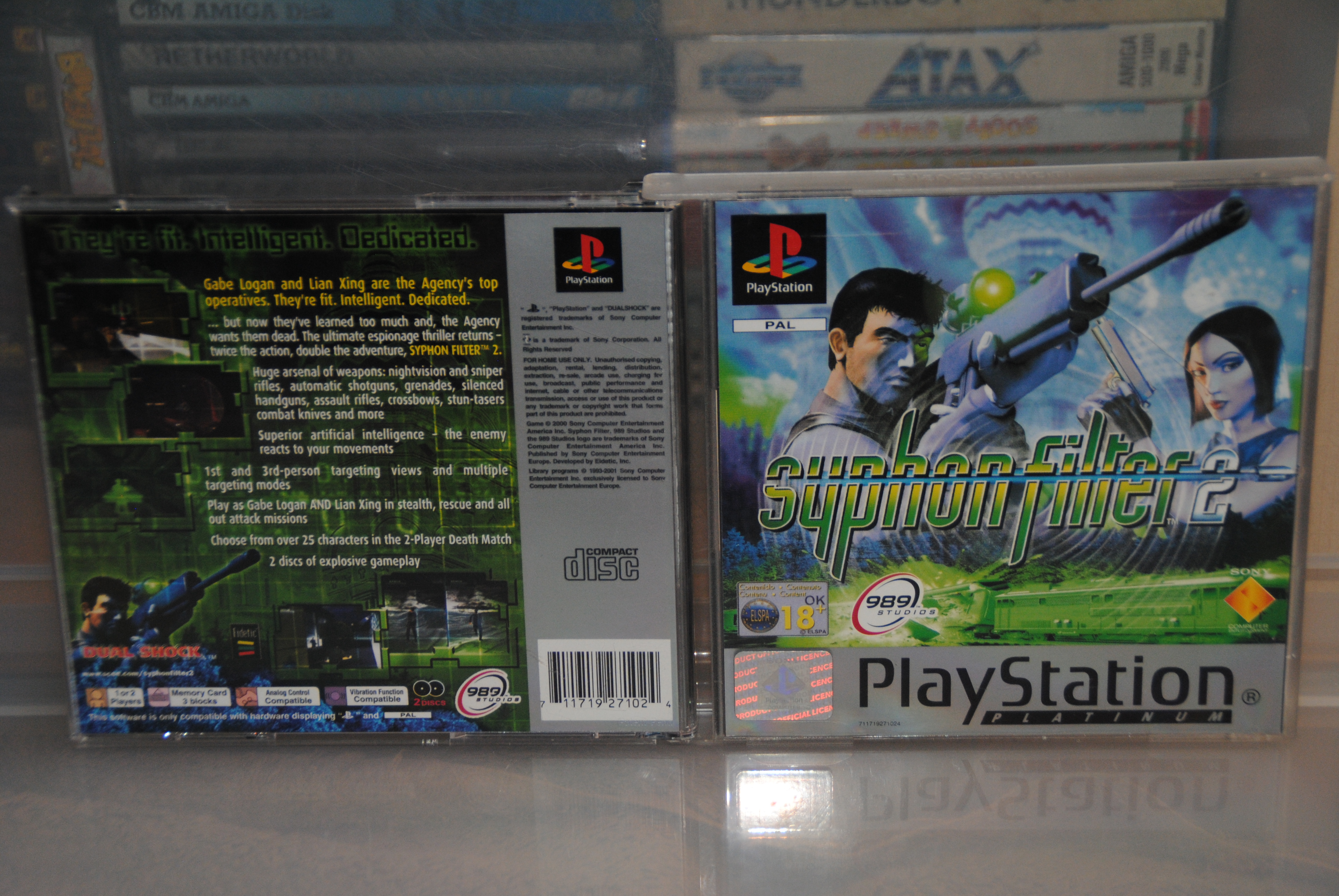