I guess most of our readers out there know about the quality of some of the early Psygnosis Amiga games, in my opinion, some of them should never have seen the light of day as that is just how horrible they are.

Deep Space from 1986 is one of them and I still struggle to understand how it was even released till this very day, I simply can’t find a single positive thing to say about it what so ever.

Ok, that was harsh and not entirely true as the game box and stuff that came with the game was actually mighty fine and yes rather rare too and yes some people did actually like the game too. 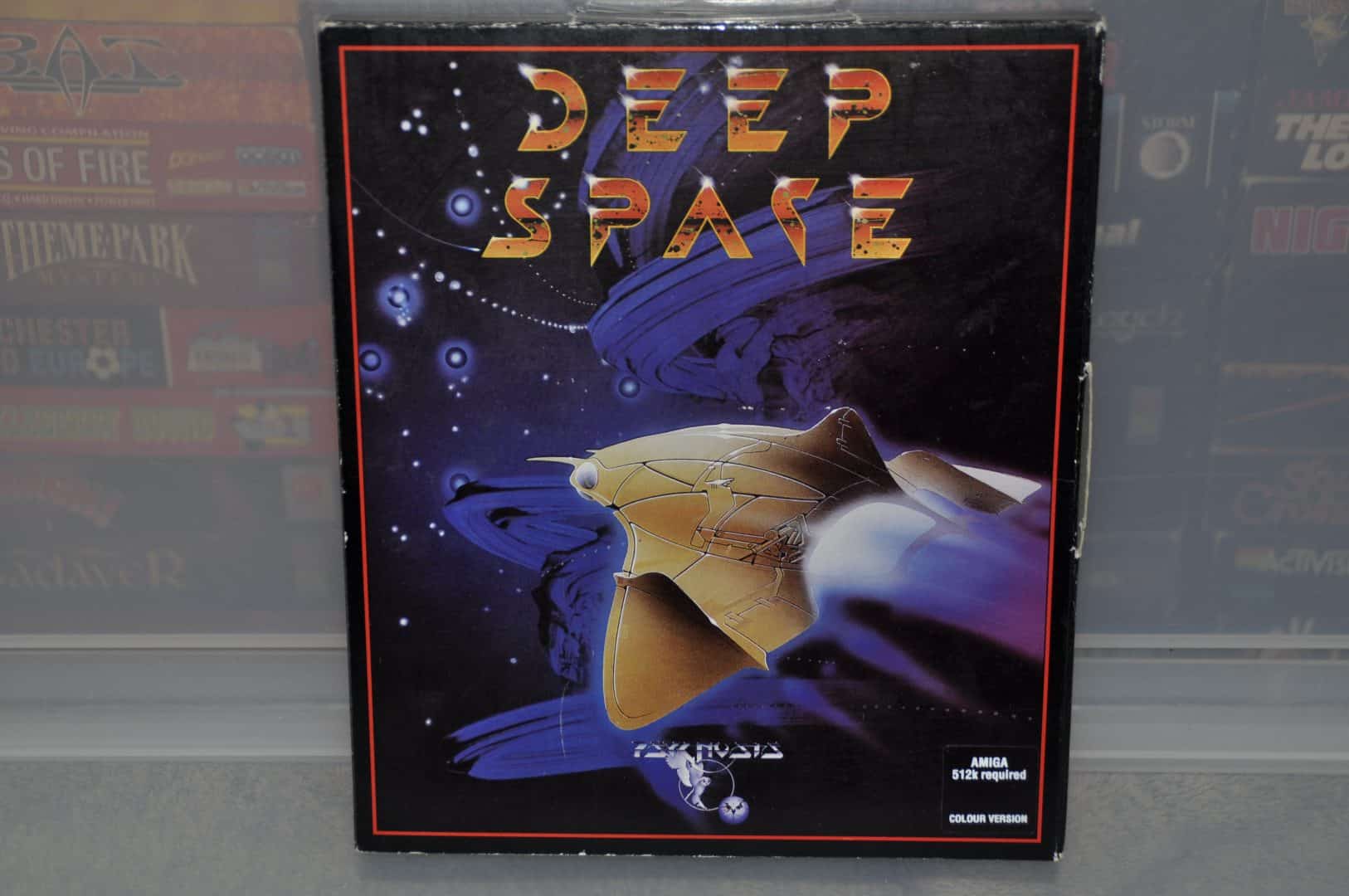 So, for those of you who came here to read about the actual game and not the pretty box will have to turn to YouTube for footage, this video alone will most likely stop your hunger for more info about the game itself for a while.

Why am I writing about Deep Space now then you might wonder?

Well, this was the final Amiga game from Psygnosis I was missing in my collection to complete it and best of all was that I even found it locally, yes that is almost unbelievable as this is the first Amiga game in over 20+ years to show up for sale around here.

The seller knew the value of the game (which most do these days) but nothing beats a local seller and private pickup and more so when this is the first time I have seen the game too. 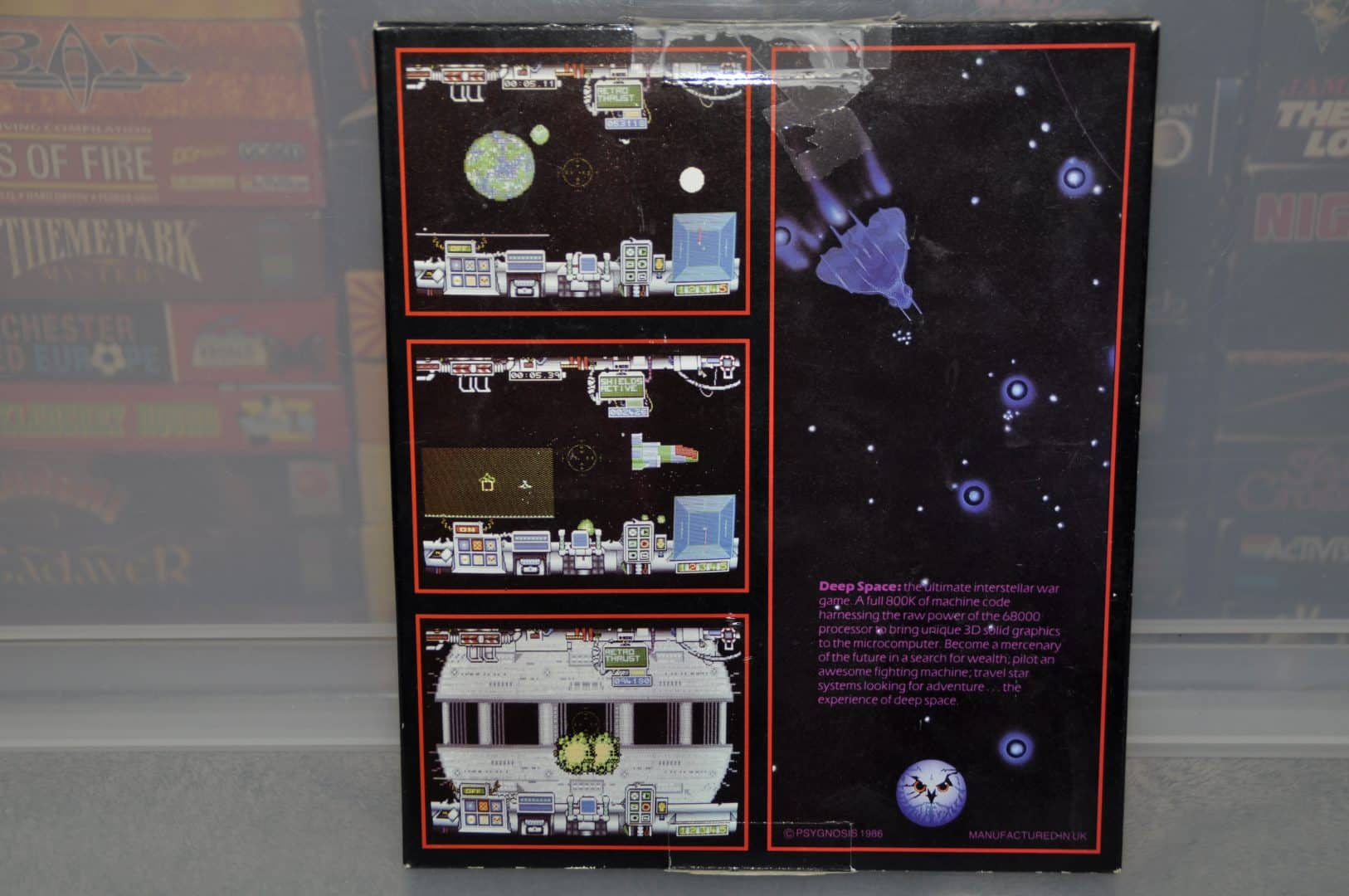 The box itself is pretty darn cool, the front image is by Roger Dean as (almost) always and the box itself is a wee bit different to the others in my collection because it is a flip-over cover box where only the front flap is opened.

The box is in mint condition and well preserved by the previous owner.

I hate buying old and used games from others as most seem to sell incomplete ones or maybe even mixed budget and re-releases with full releases and so on but this one is complete and the original release. 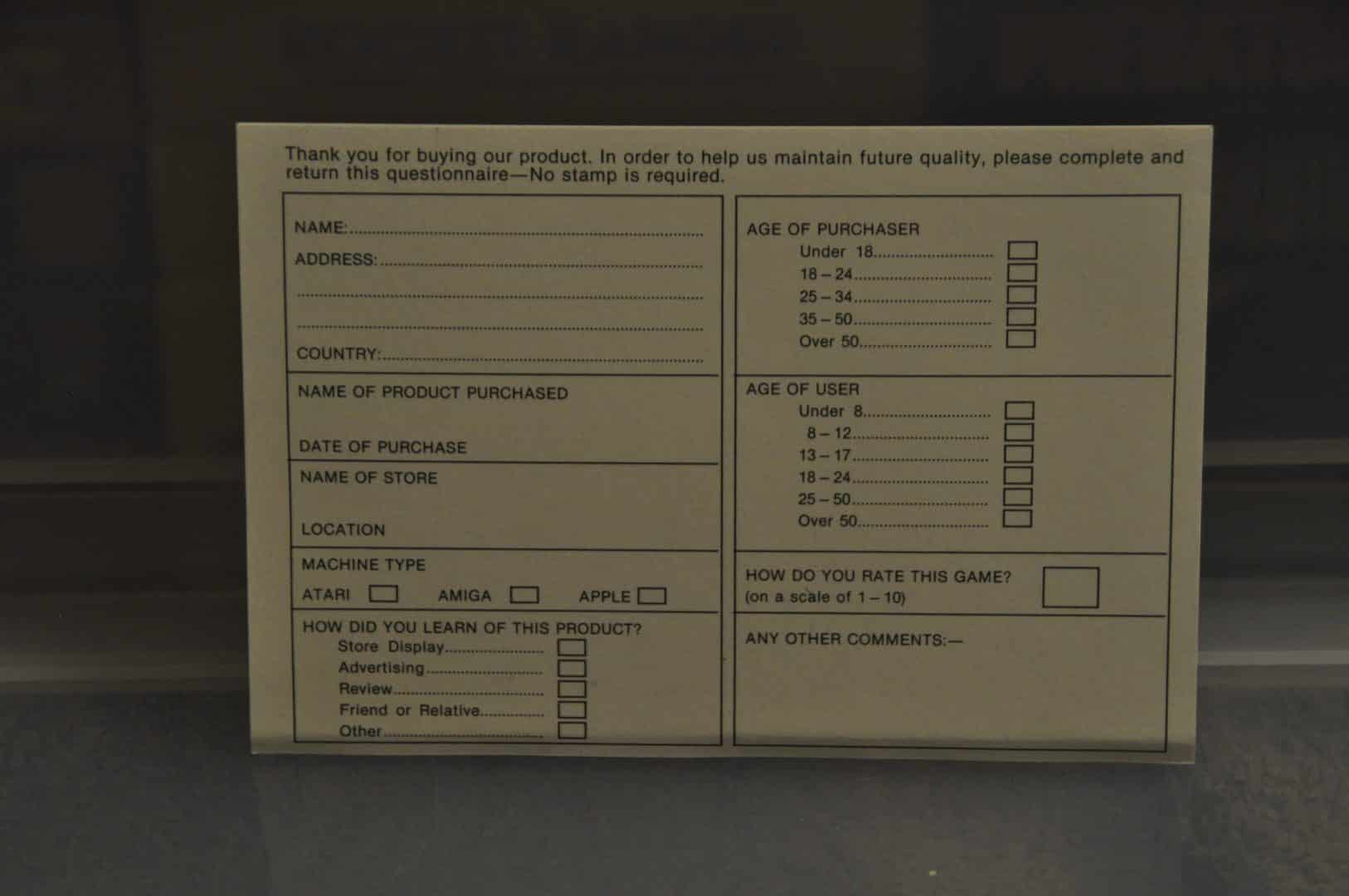 People hated sending in these registration cards by the look of things and 1986 was no different.

Interesting to see the “rate this game” box. 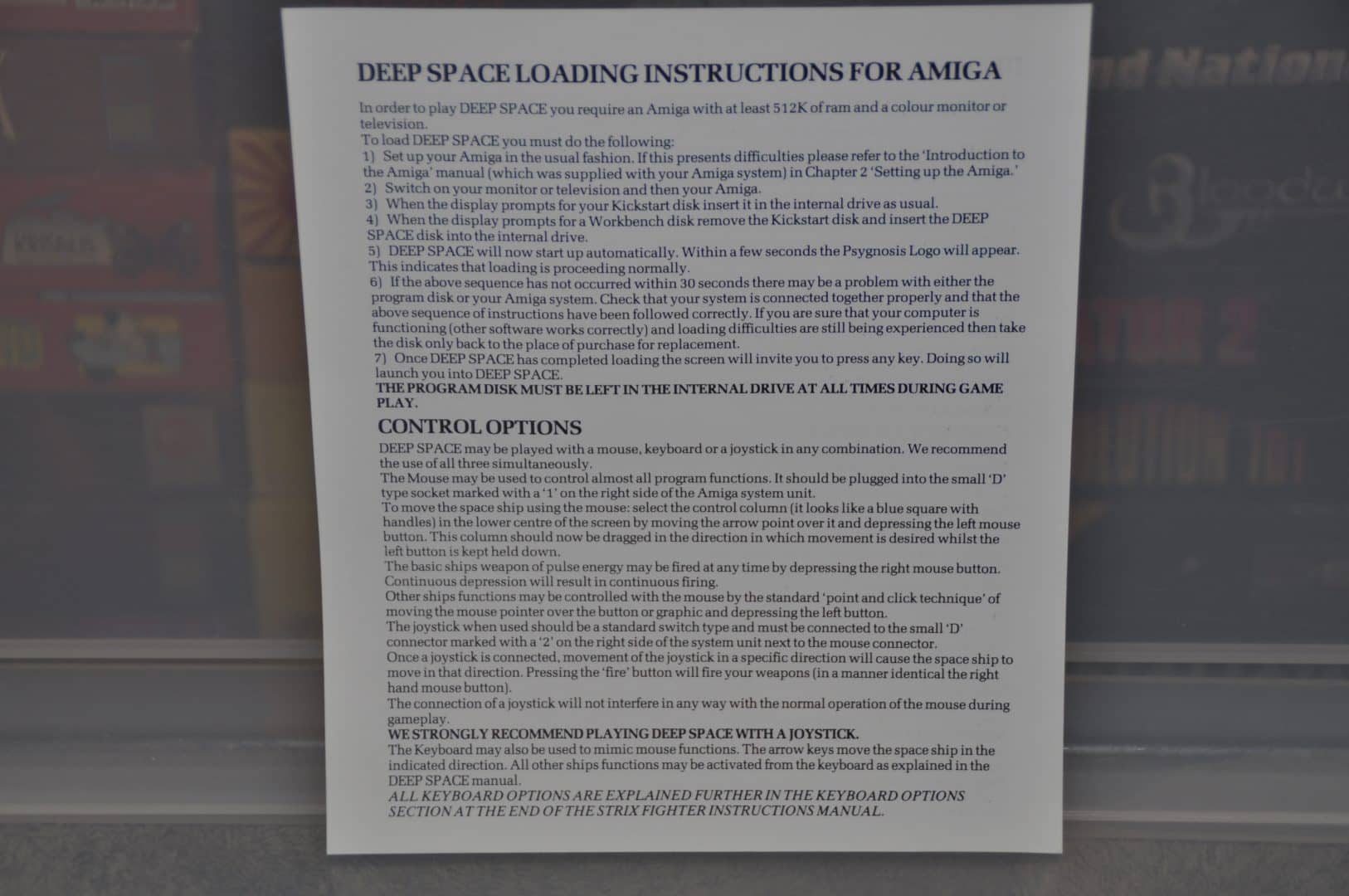 Deep Space was released for the Amiga and Atari ST and therefore it needed an addendum card with loading instructions for the Amiga (uh… what…), oh well, it was early 1986 and people most likely didn’t know that the floppy disk HAD to be in the floppy drive at all times while playing the game. 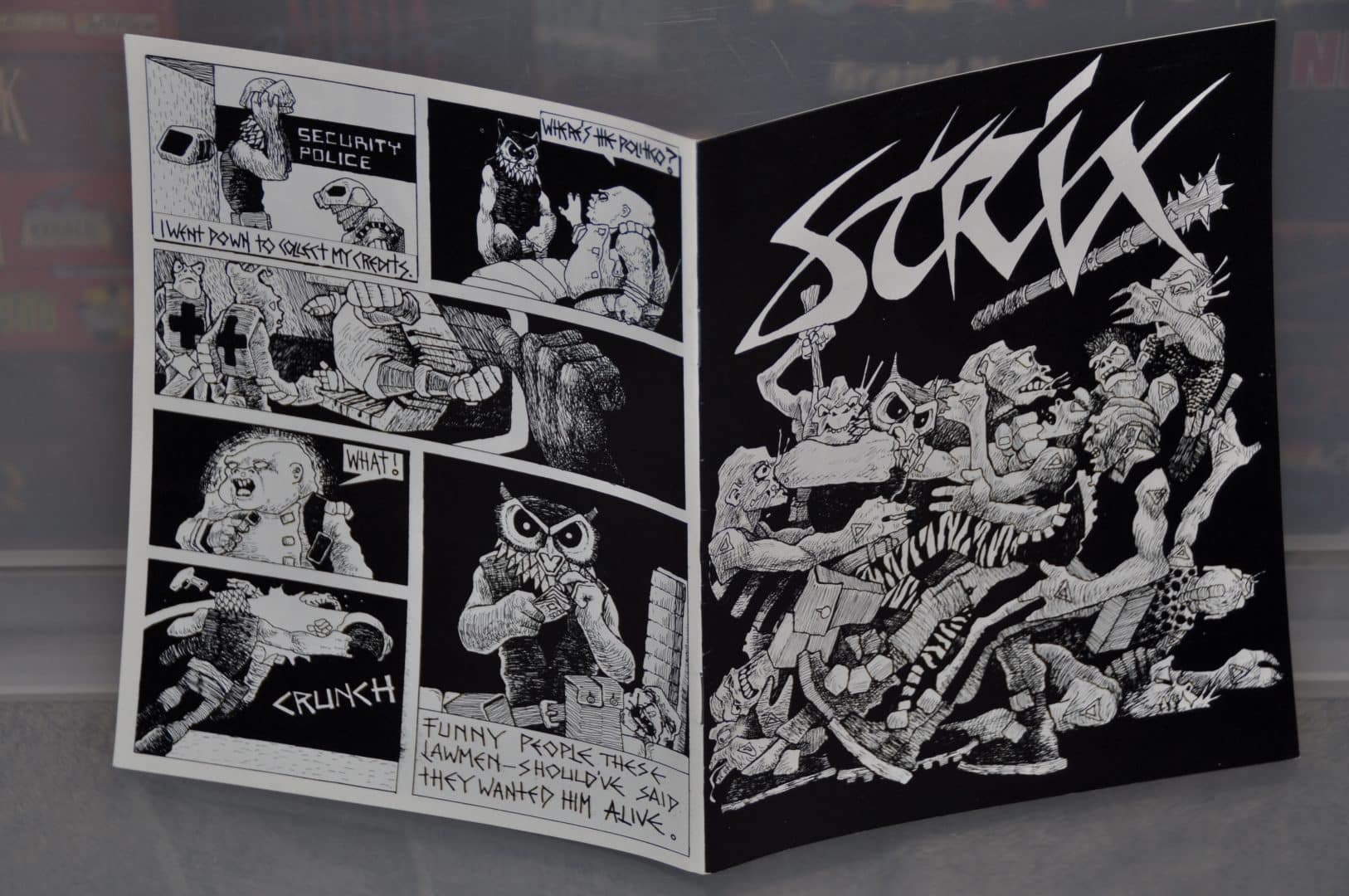 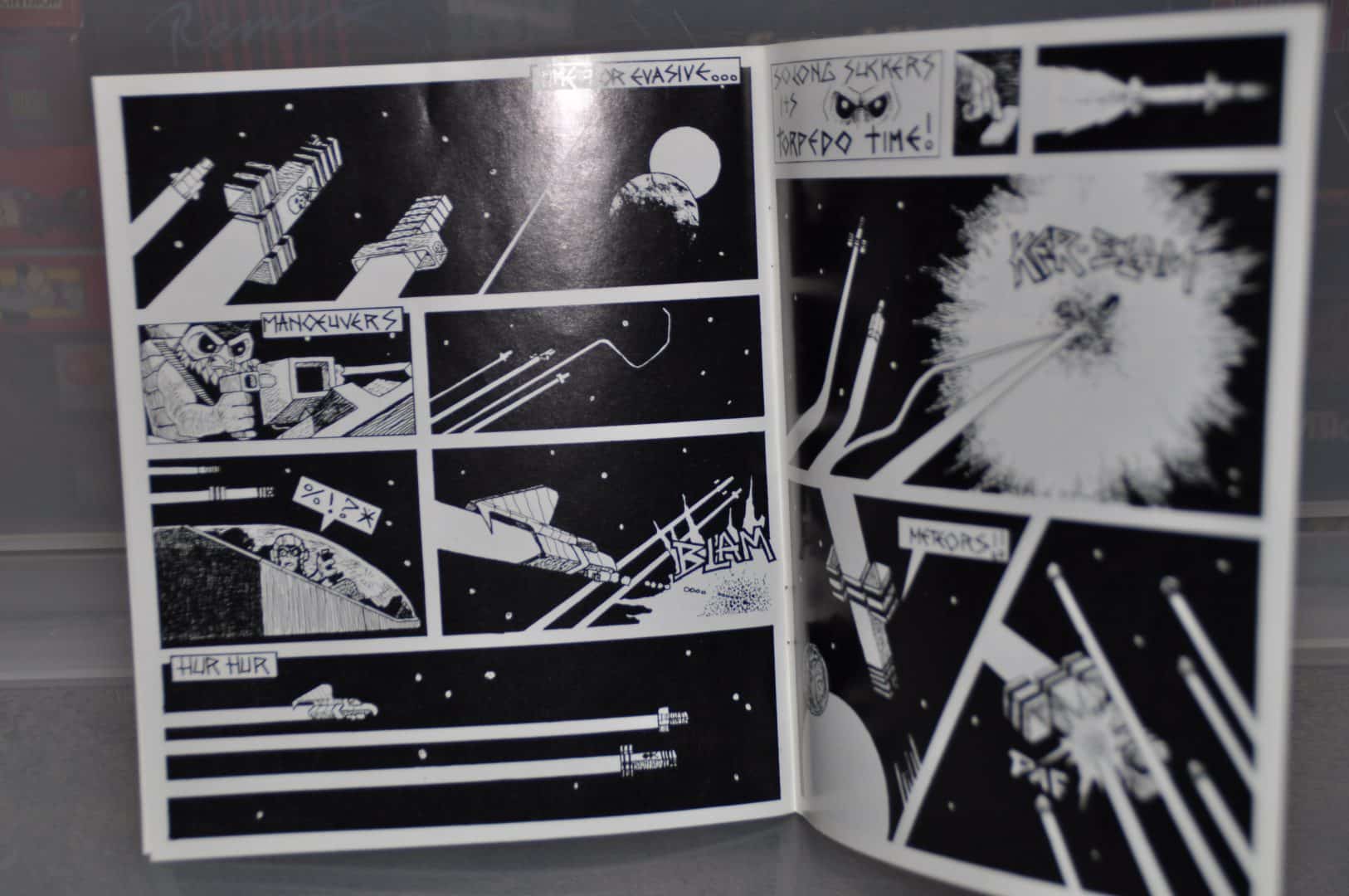 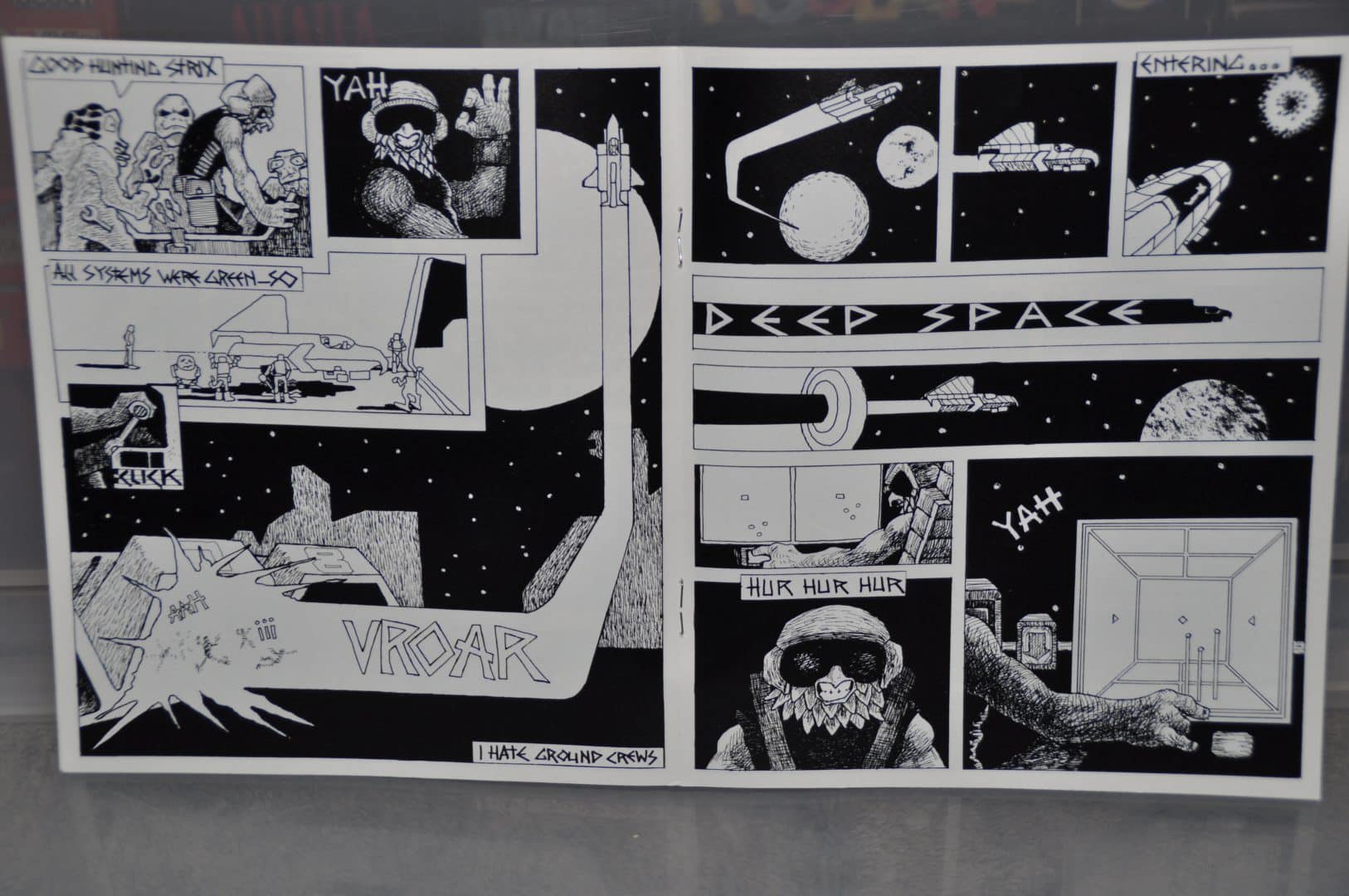 I really didn’t want to fold out the comic fully to do better pictures as it is old and yes old things like this do fall apart when you open them all the way, that said the book is in great condition and the former owner has taken good care of it. 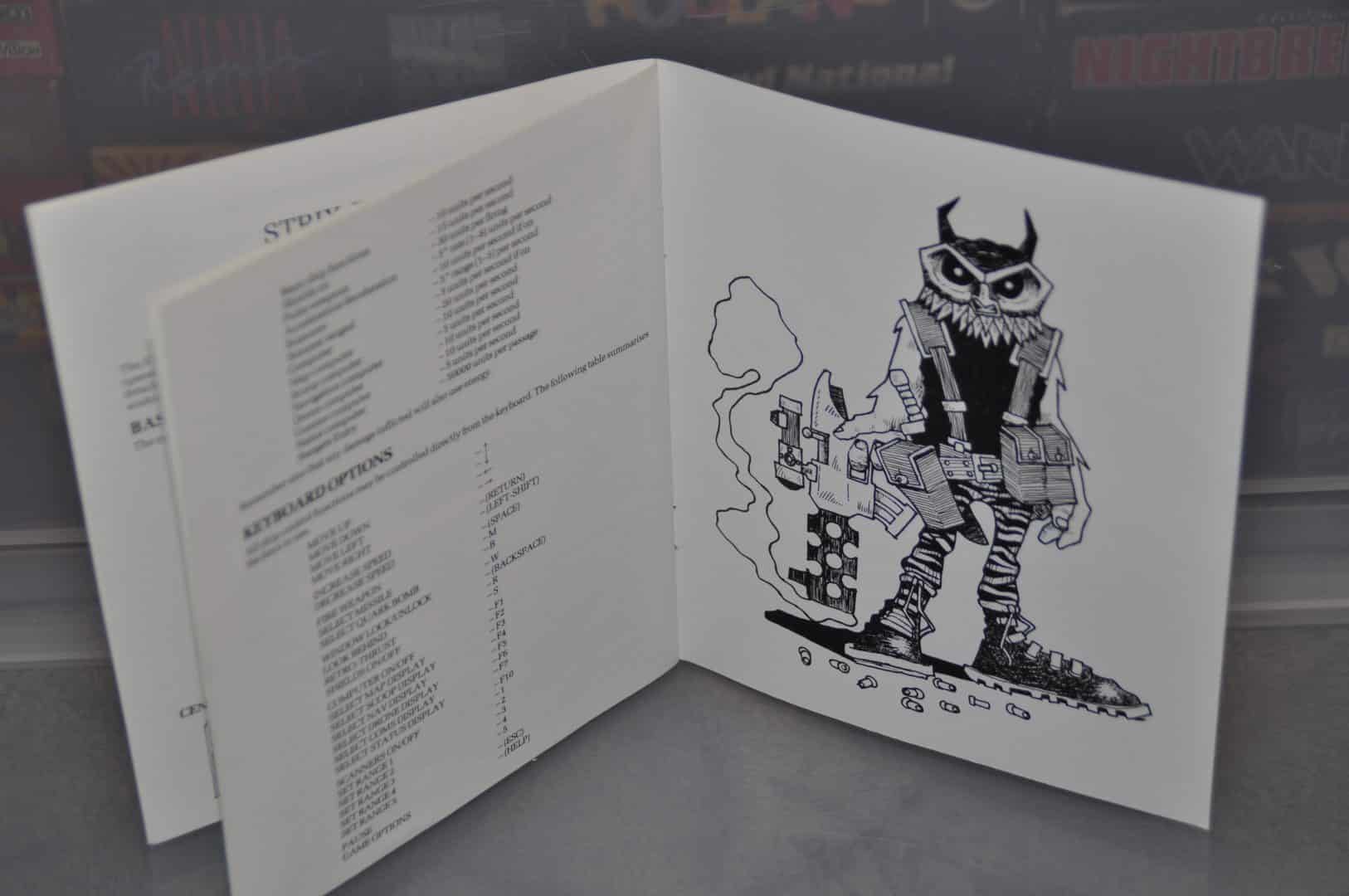 The manual got a “nice” picture in it, yup it is the same style as the one in the comic. 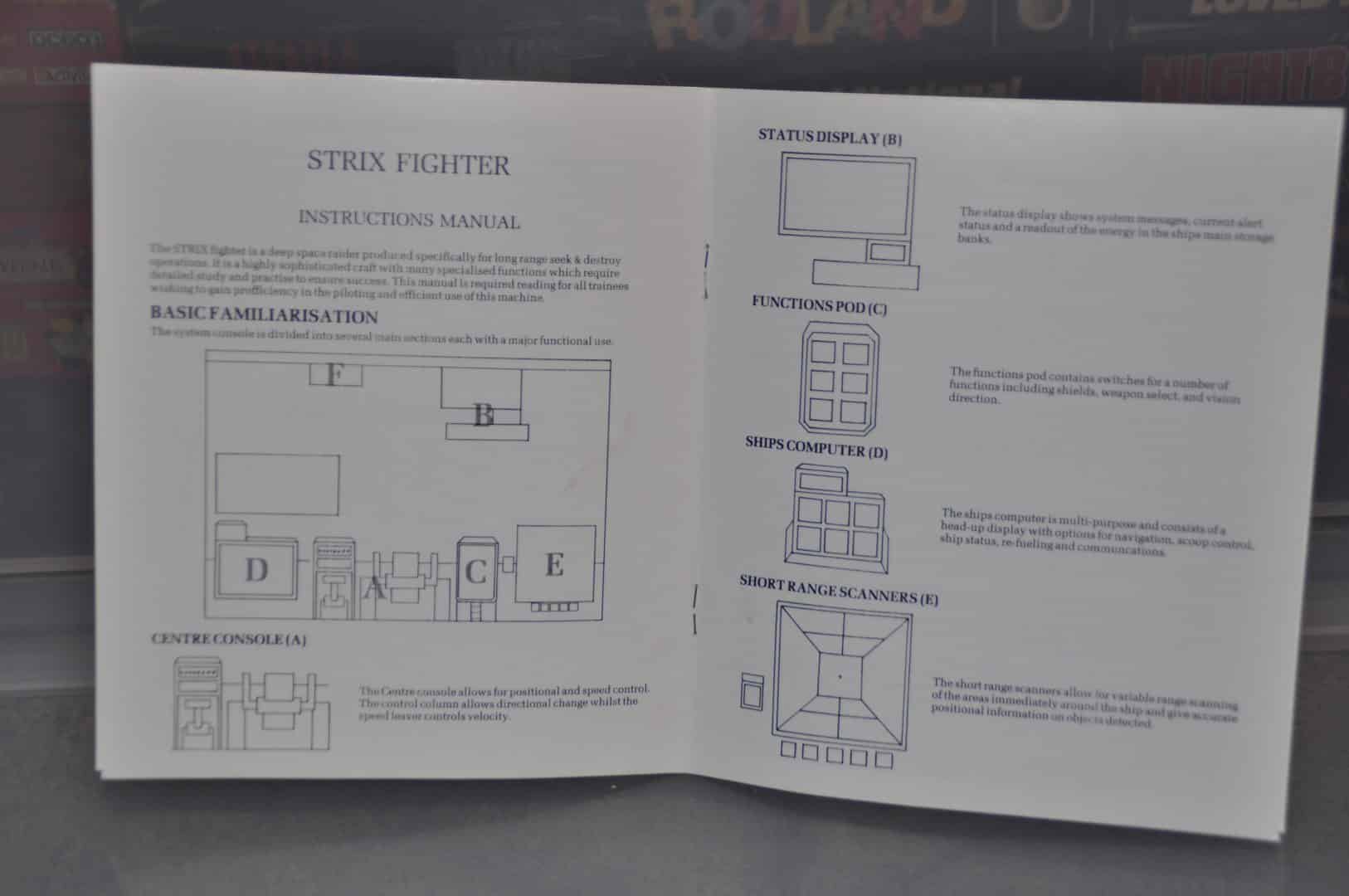 The manual got quite a few keymaps and which button to press etc but there is also a pretty detailed section about the UI in the game and the more I look at it the more I ask myself if this was the copy protection, everything is so cryptic and I have tried to play the game without the manual before and yes I can’t see how this game is playable for anyone without the manual at all. 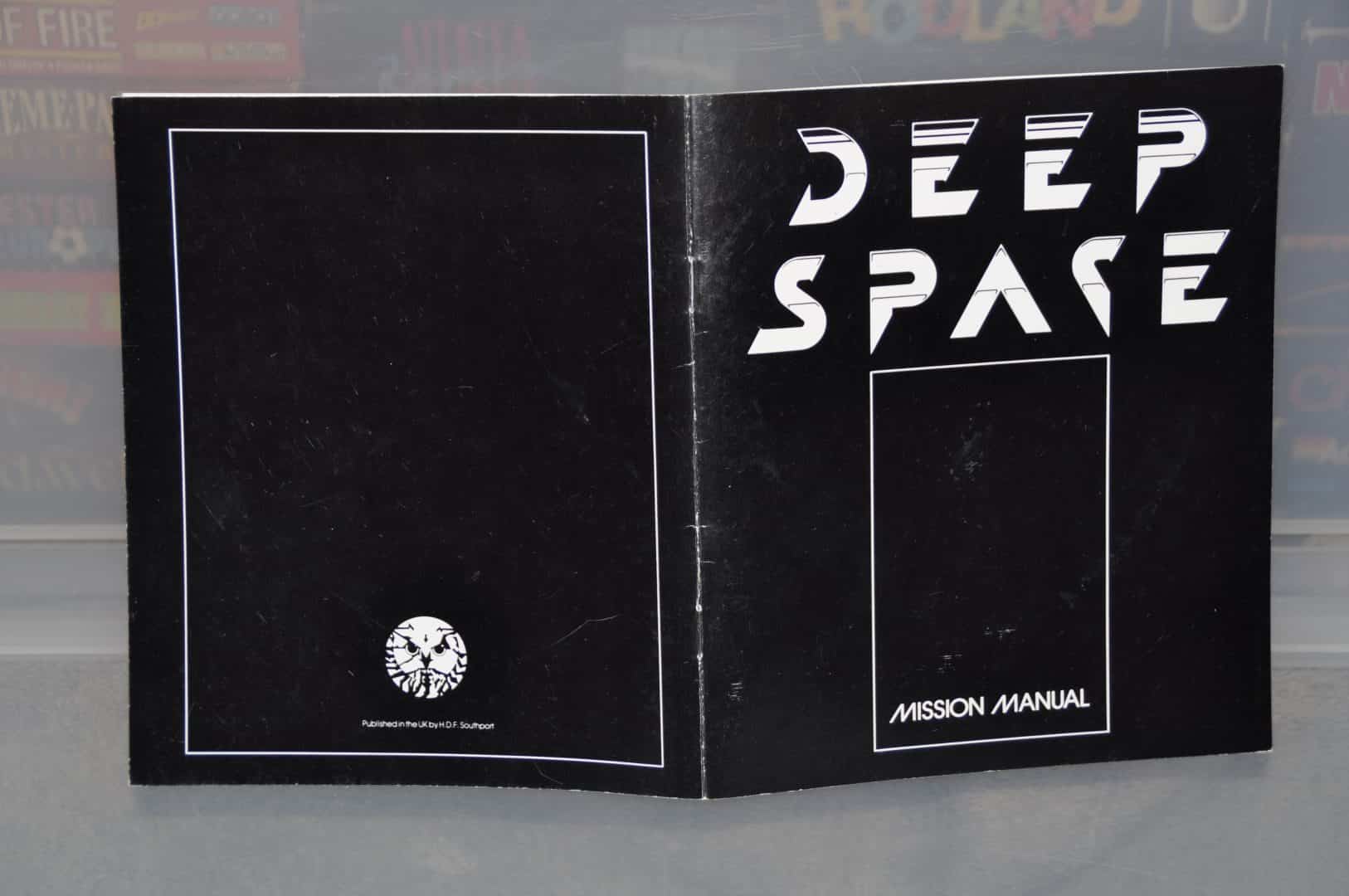 The front side of the manual is the only thing in this box that seems to have seen a bit of wear, nothing bad at all but the camera made it look much worse than it actually was. 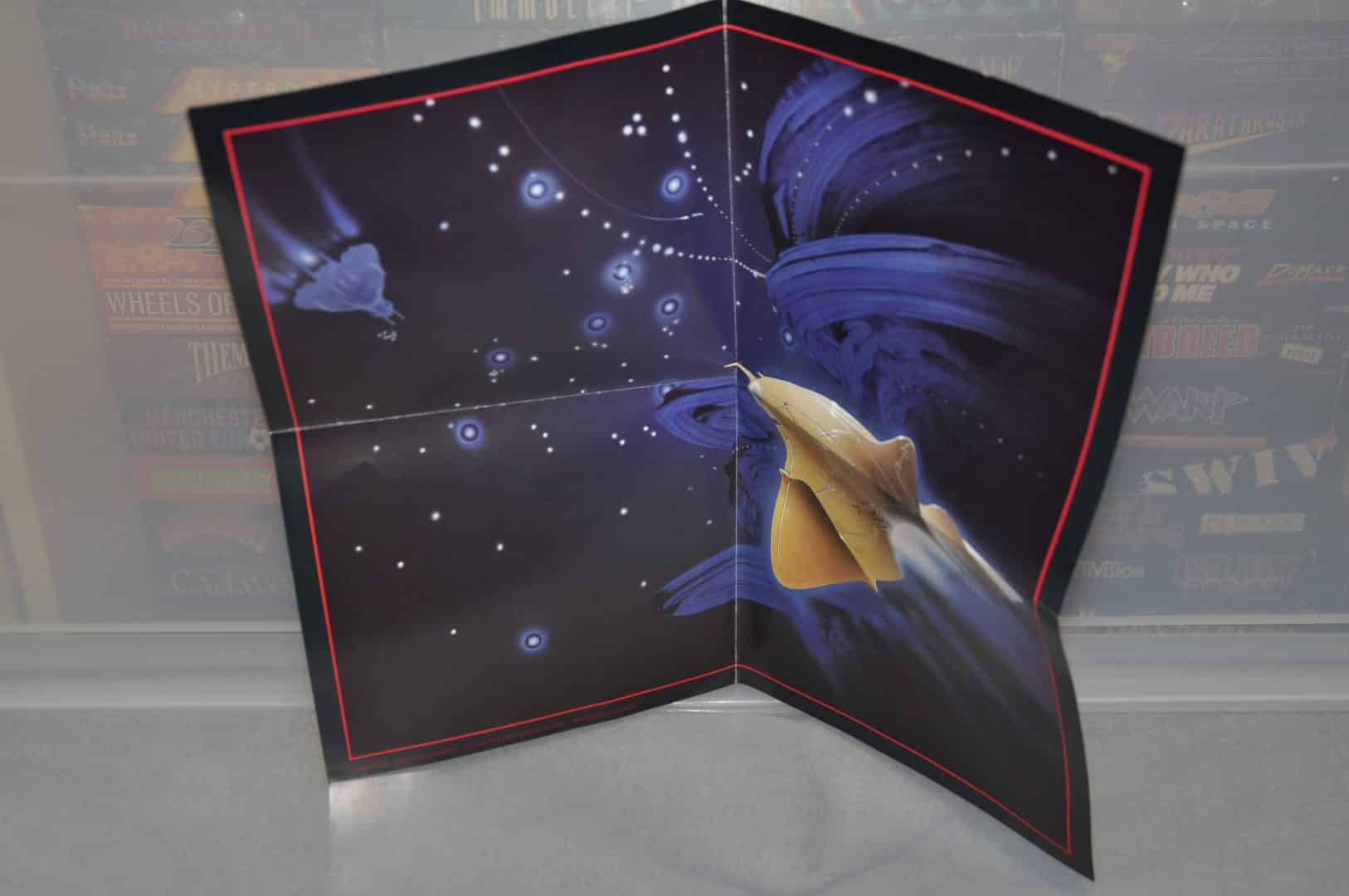 A beautiful poster comes with the game too, as always I haven’t fully opened it as I don’t want to damage it. 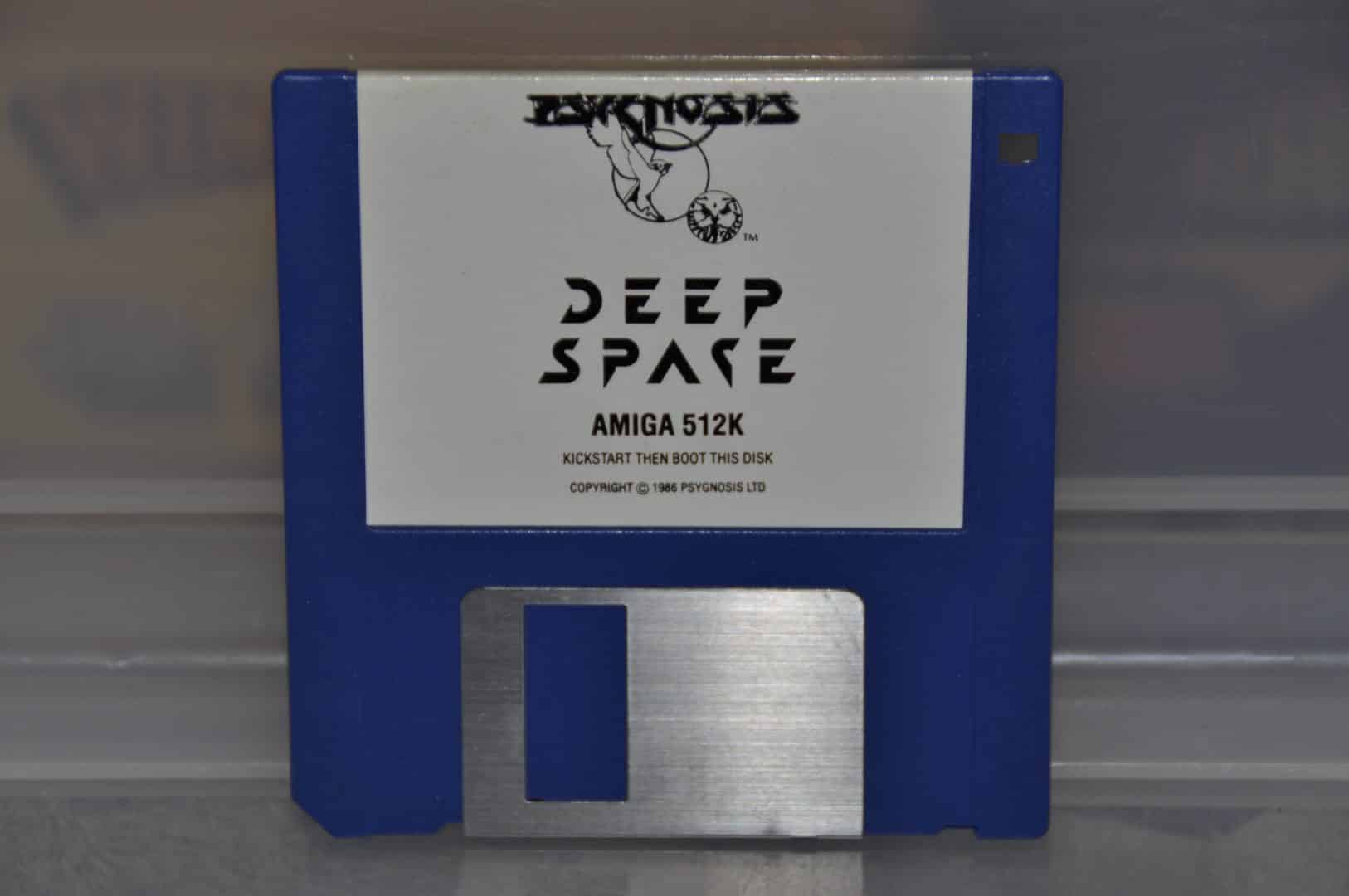 The Floppy got a nice label on it, looks new and clearly not used much and I have a feeling why. 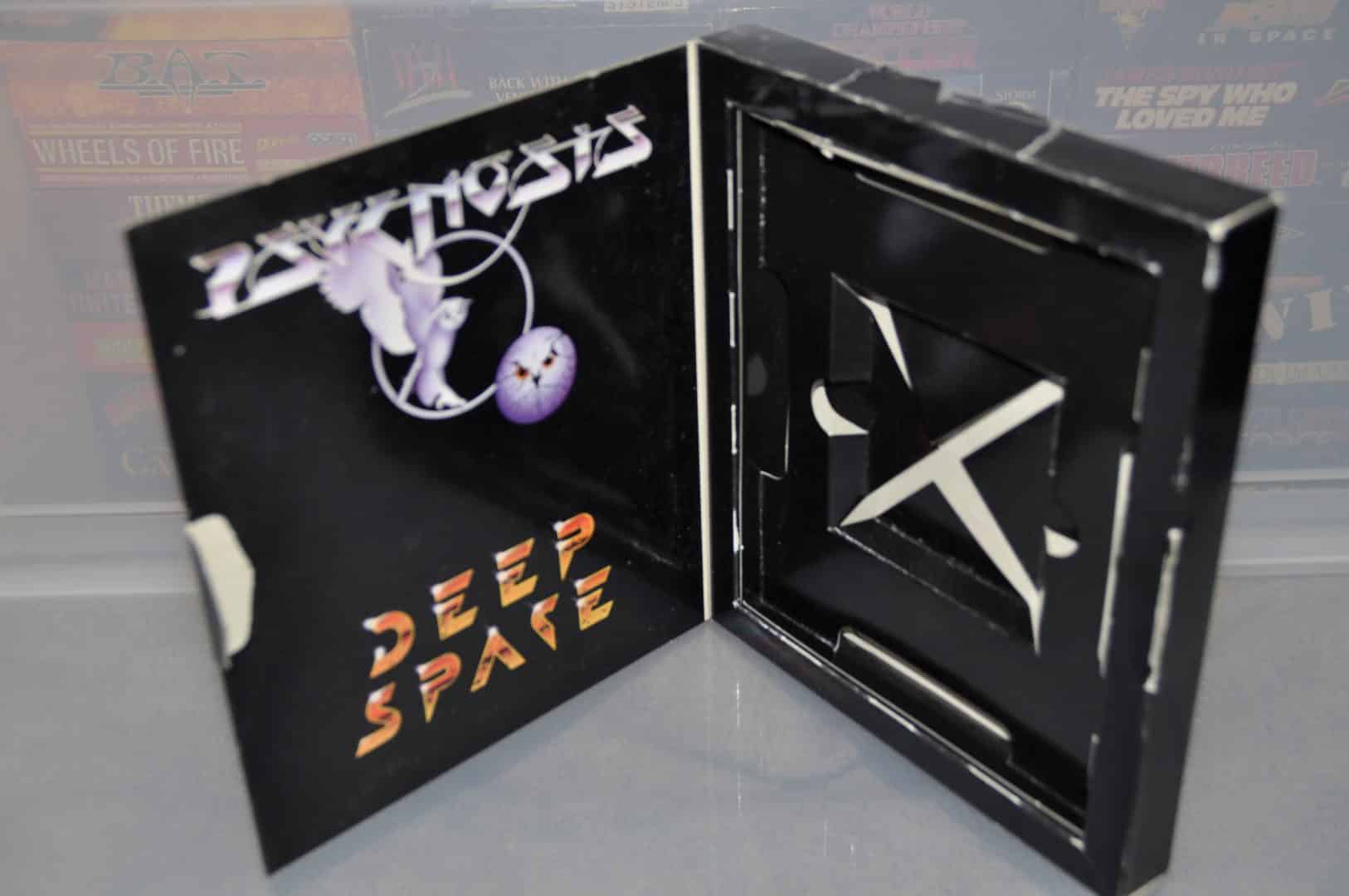 This is inside the box, a bit shitty picture thanks to me not checking the settings on my camera (again) but you get the idea of the box design nonetheless. 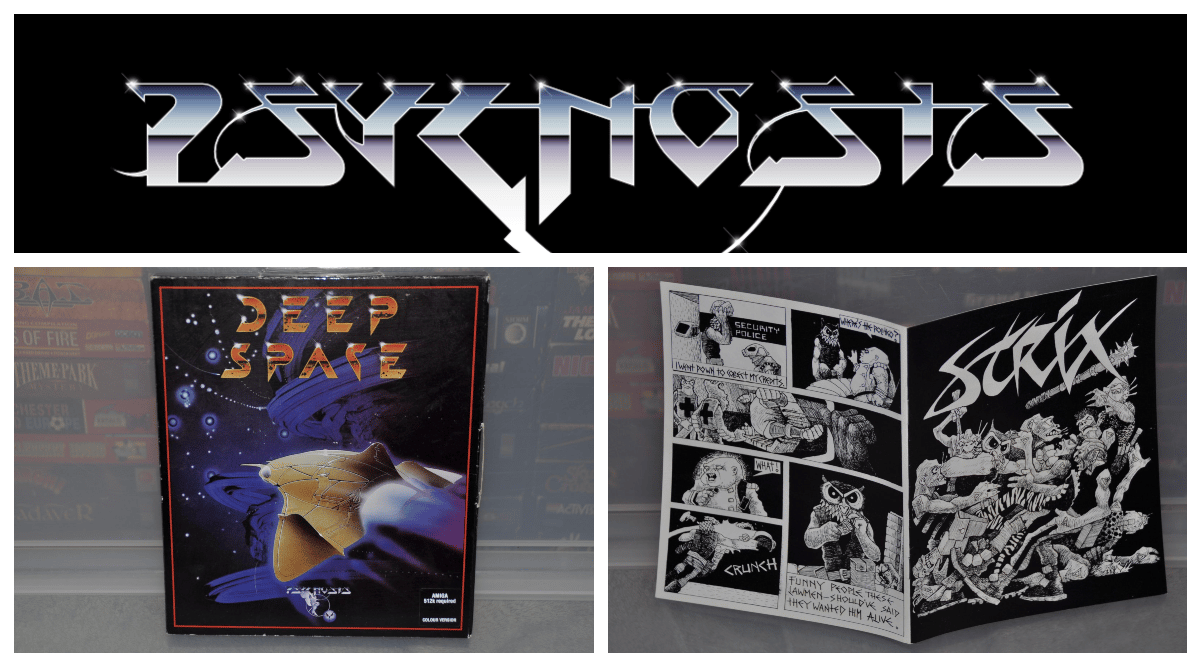 I really love Psygnosis game boxes and most of them got a very special style and look to them and Deep Space ain’t any different, Psygnosis spent a lot of time to make good boxes and proper collectables and I am so happy to say that I finally got the entire (!) Amiga set in my collection now. Deep Space, Arena and Brataccas certainly ain’t good games but oh boy do they look brilliant in the collection.

Follow Us... Inspire Us To Get Better... Keep The Flame Alive
Entering A New Dream:Shenmue III A Few Videos From TGS2019

2 thoughts on “Rare For A Reason – Deep Space By Psygnosis”