I recently had the pleasure to play the demo of Styx: Shards of Darkness, a stealth adventure in which you play the role of a Goblin. Actually, as of today, I still don’t have the answer why, despite my handle, I haven’t bought the game yet nor I own the previous games of the saga. Since I could not bear the situation any longer I so decided that I had to play at least the demo, and report the results over here. 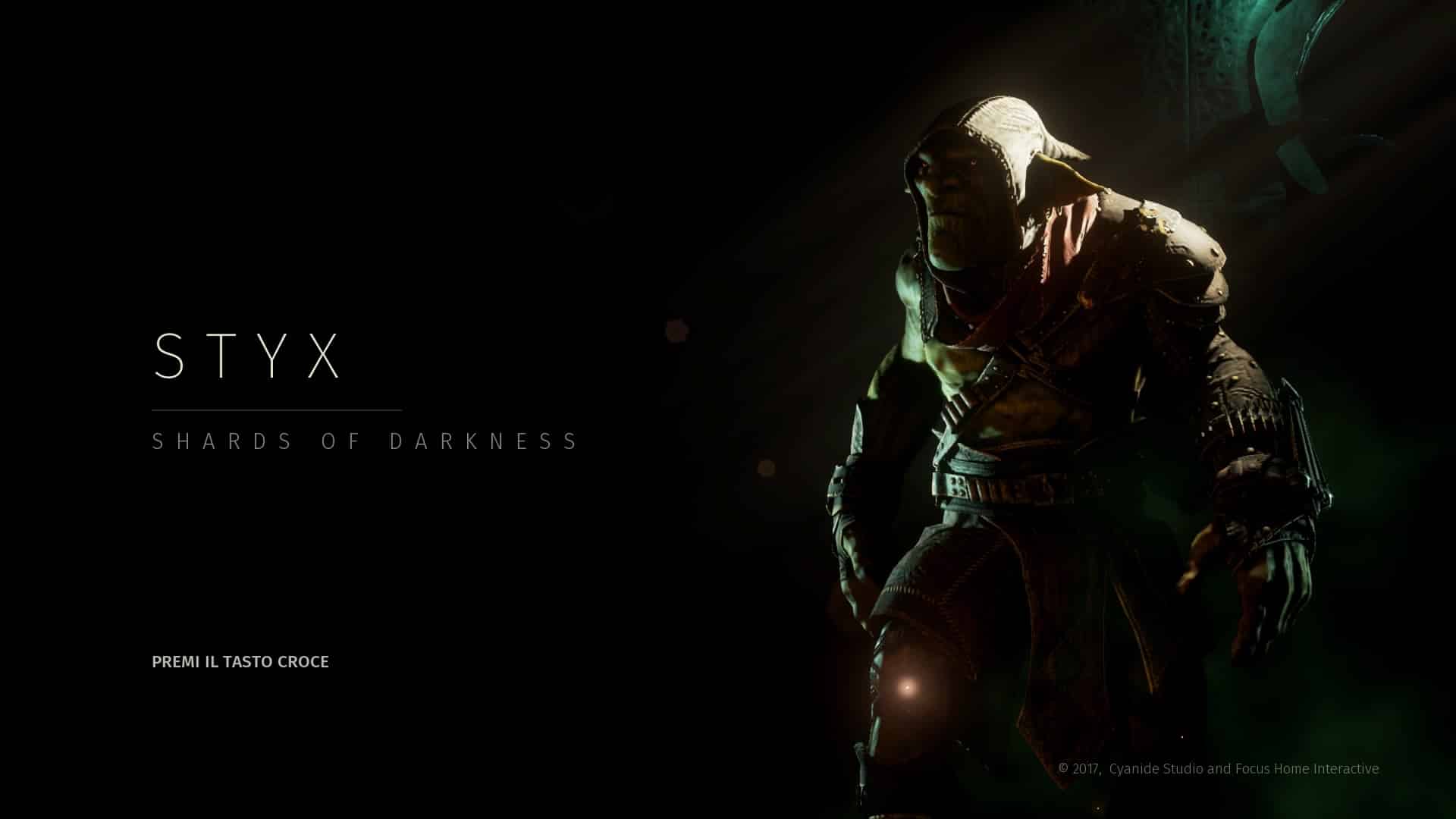 In the game, Styx is an assassin that was on hiding after what happened during his previous raids into the Tower of Akenash. Now, after the fall of the Tower, Styx is forced out of hiding and sent into the city of the Dark Elves (Korrangar) for a new, deadly mission. 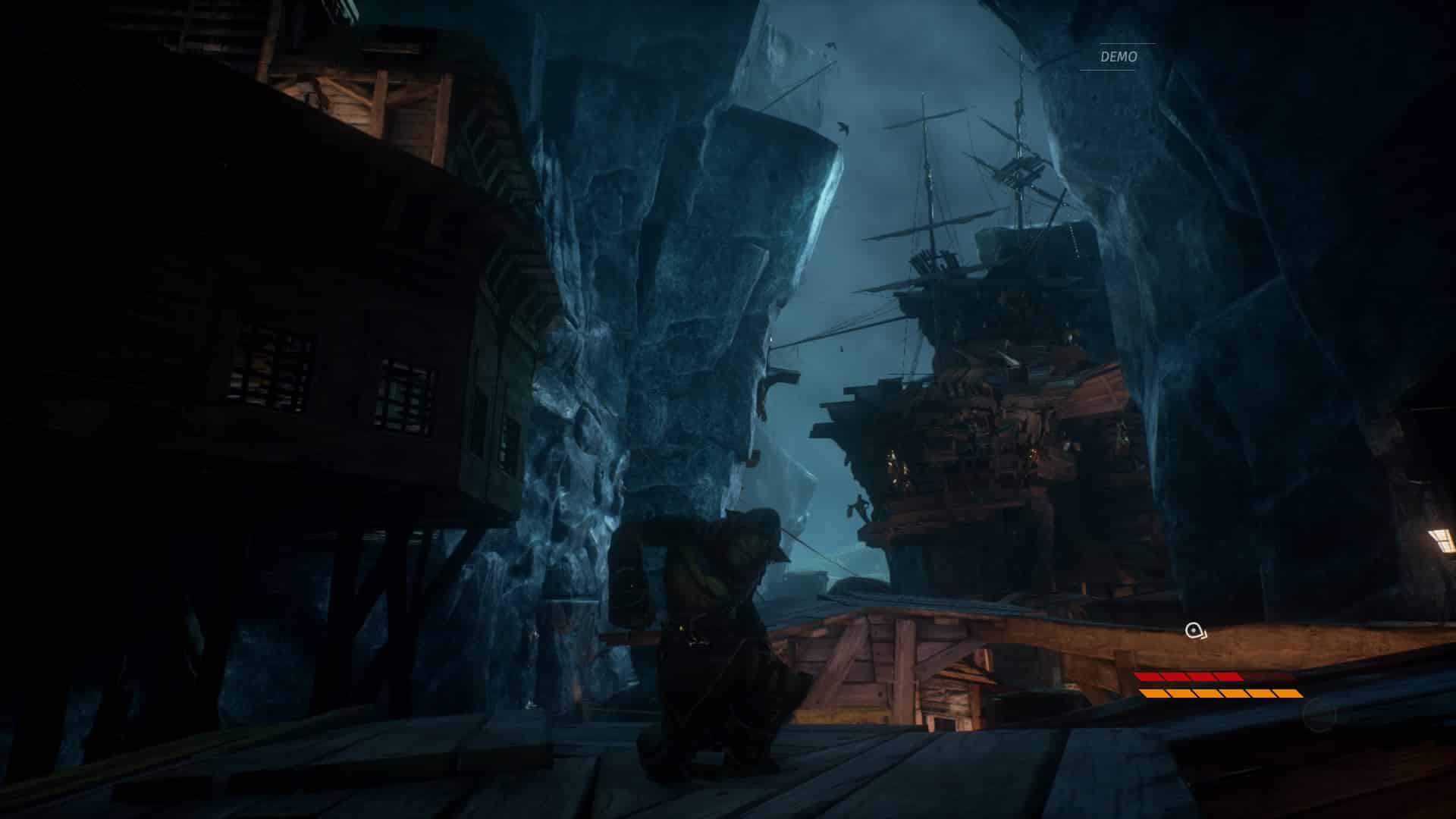 Styx is a thief, besides being an assassin, and this robbery is supposed to grant him an immense power. To accomplish the mission our hero will have an entire plethora of gears to grapple around corners, sneak behind enemies, deceive their attention and then, eventually, kill them in many different ways (poison, anyone?). 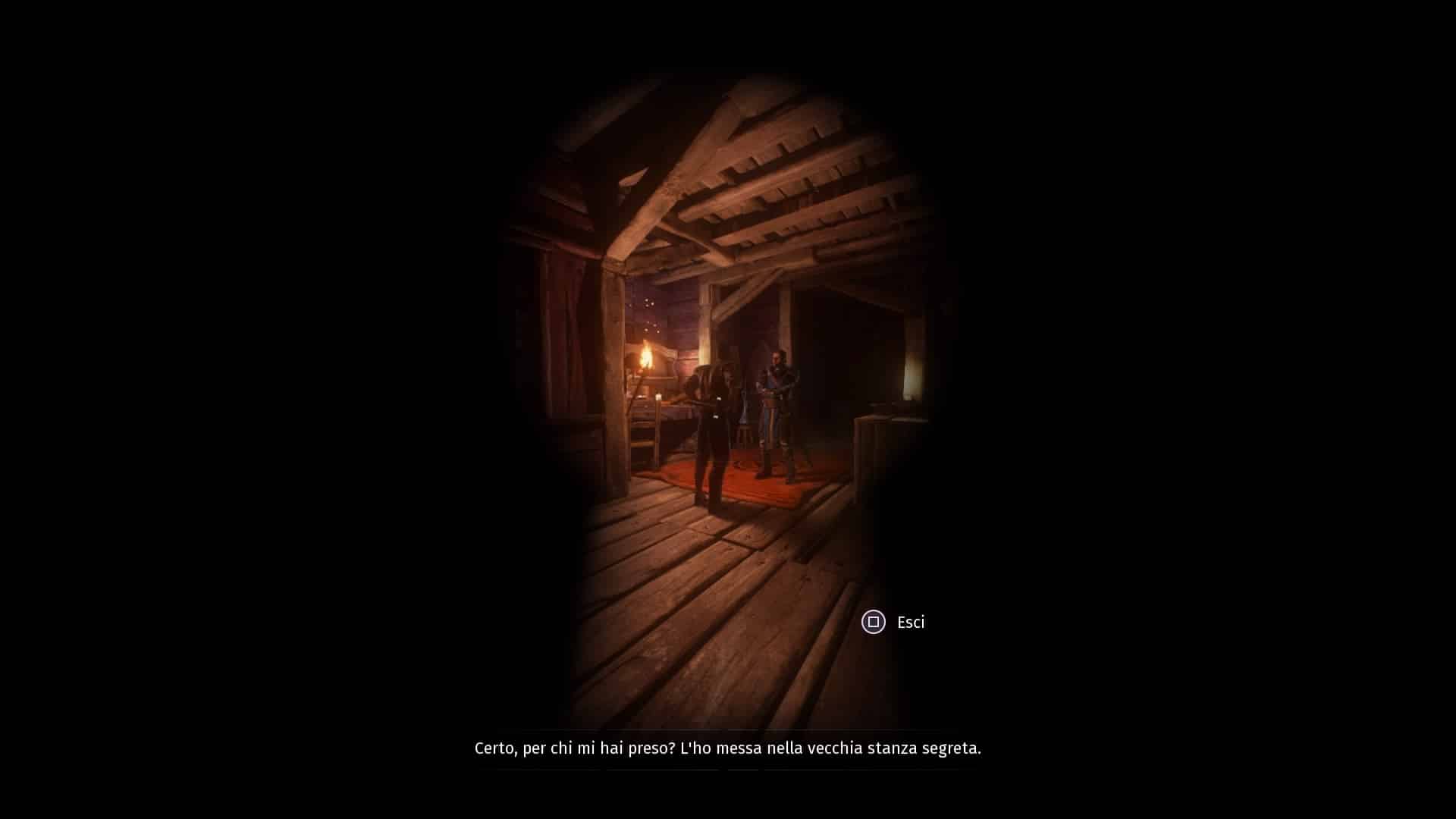 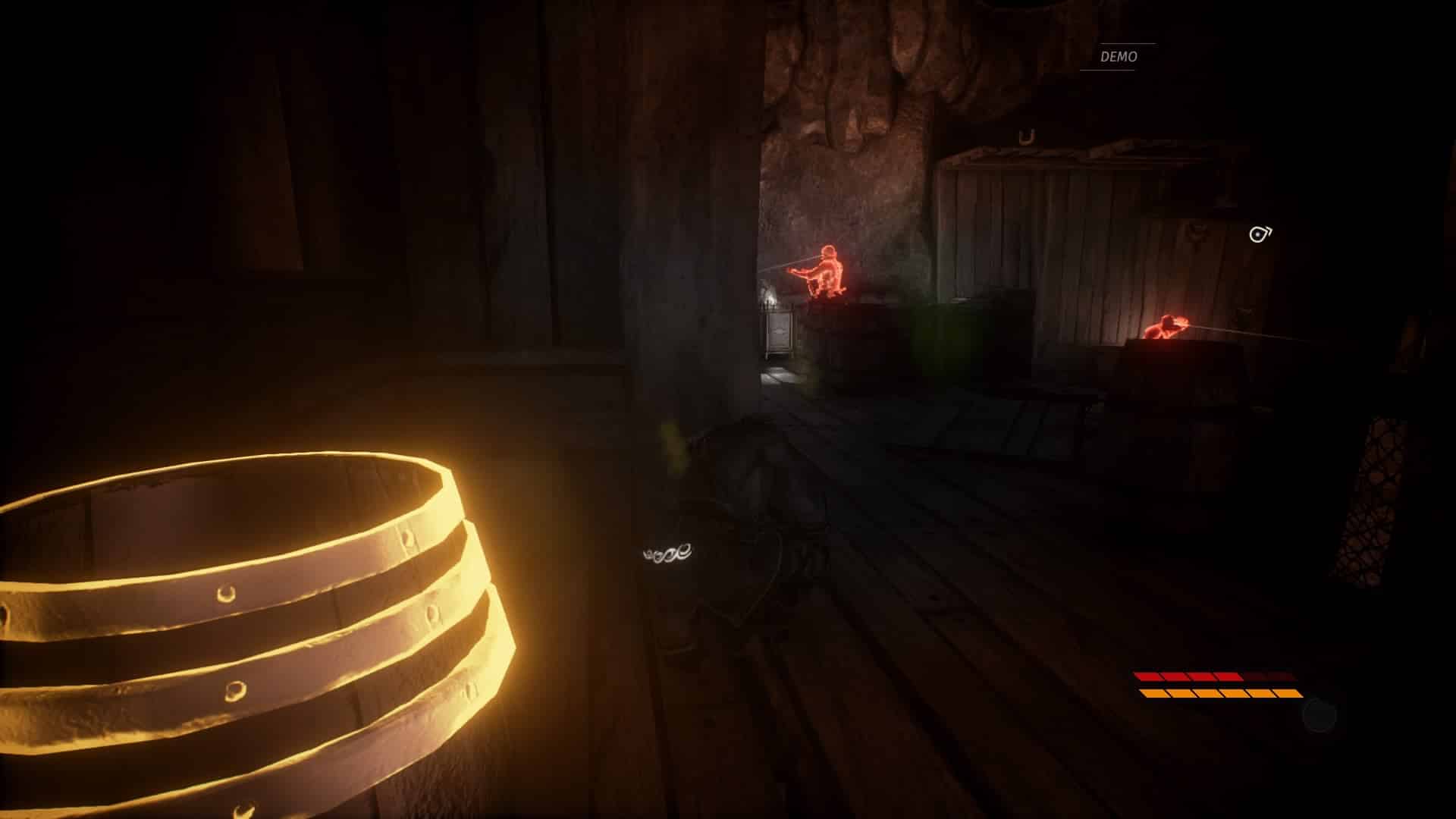 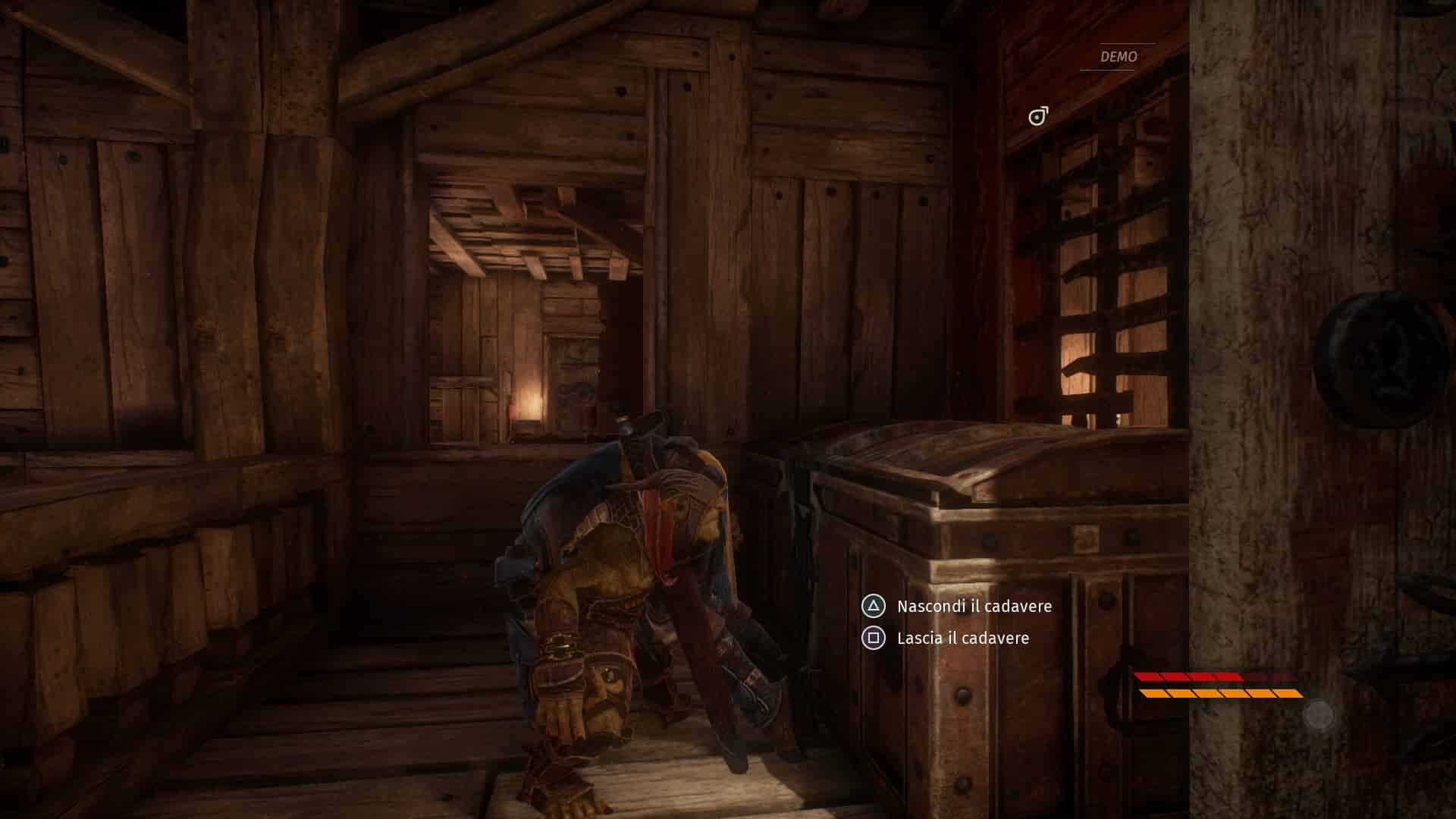 As you probably know, goblins have superior abilities (that’s how I can spot good games … just kidding, LOL), for example seeing in the dark, highlighting point of interest or perceiving danger in advance. 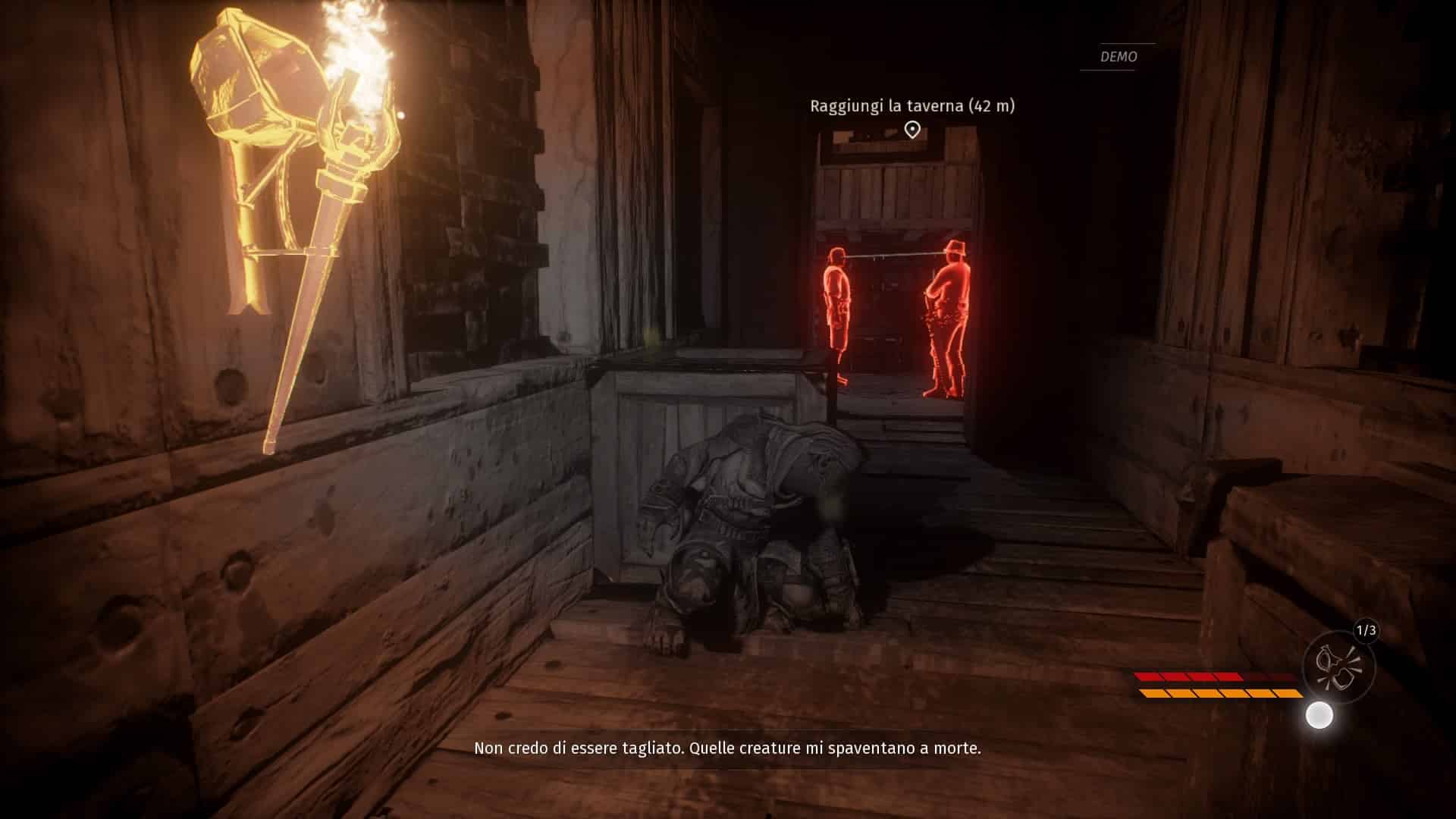 In addition, Styx is also a master of crafting so you will spend a lot of time on scavenging resources in order to craft new items or weapons. Darkness will be your best ally here, and you better be very careful when you navigate the levels since you are a deadly stealth assassin but with a low chance of survival in open combat, especially against a group of enemies. 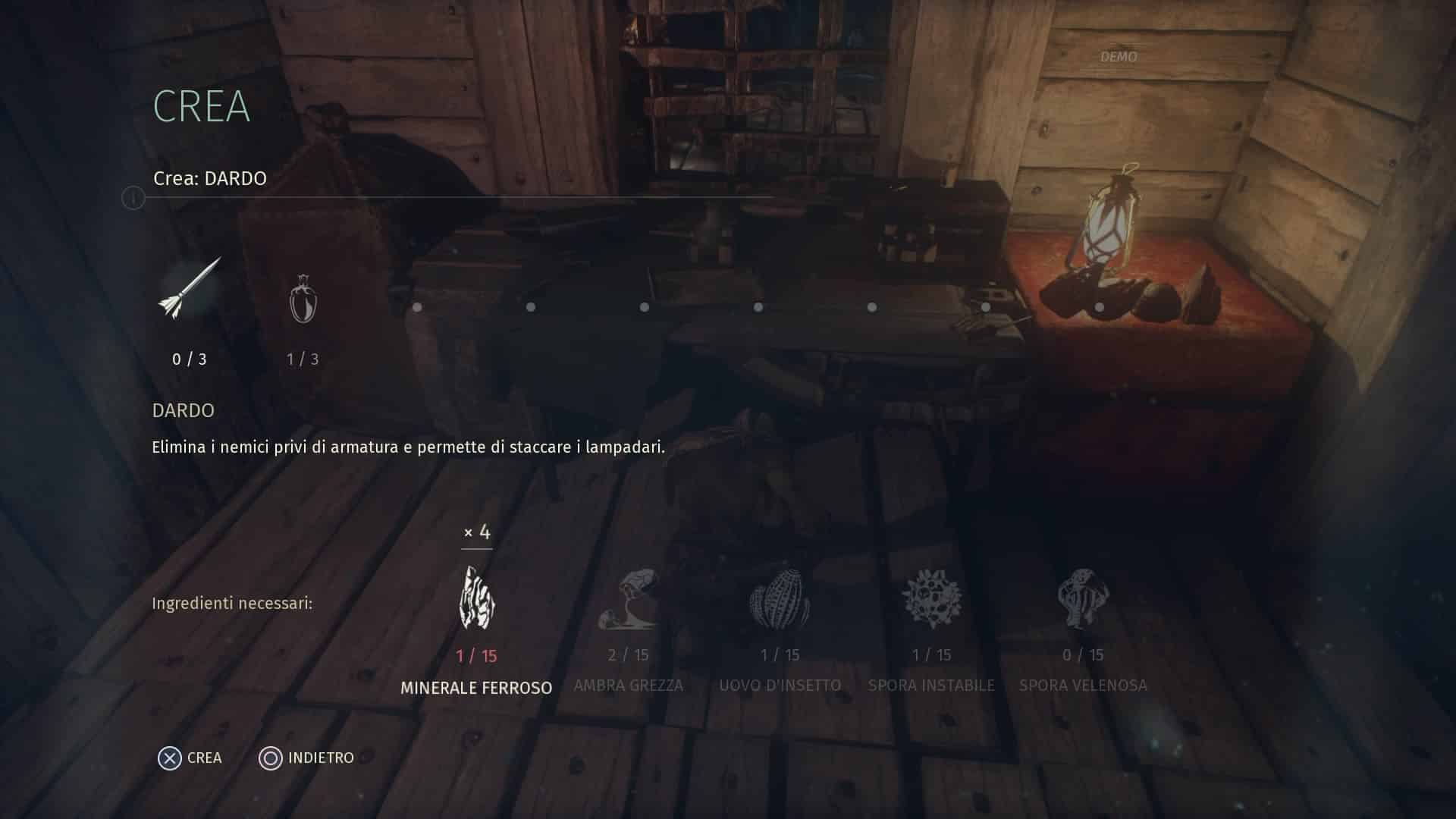 Every death will bring up a nice animation, similar to the ones we appreciate in the Batman: Arkham saga, with Styx babbling at you a full round of profanities, the nicest of which was something like: “Do you have a controller in your pocket, or are you just happy to see me?”. Most of the times, though, his babbling is likely to be something with the “F-word” inside, so watch out if you play with minors around you. 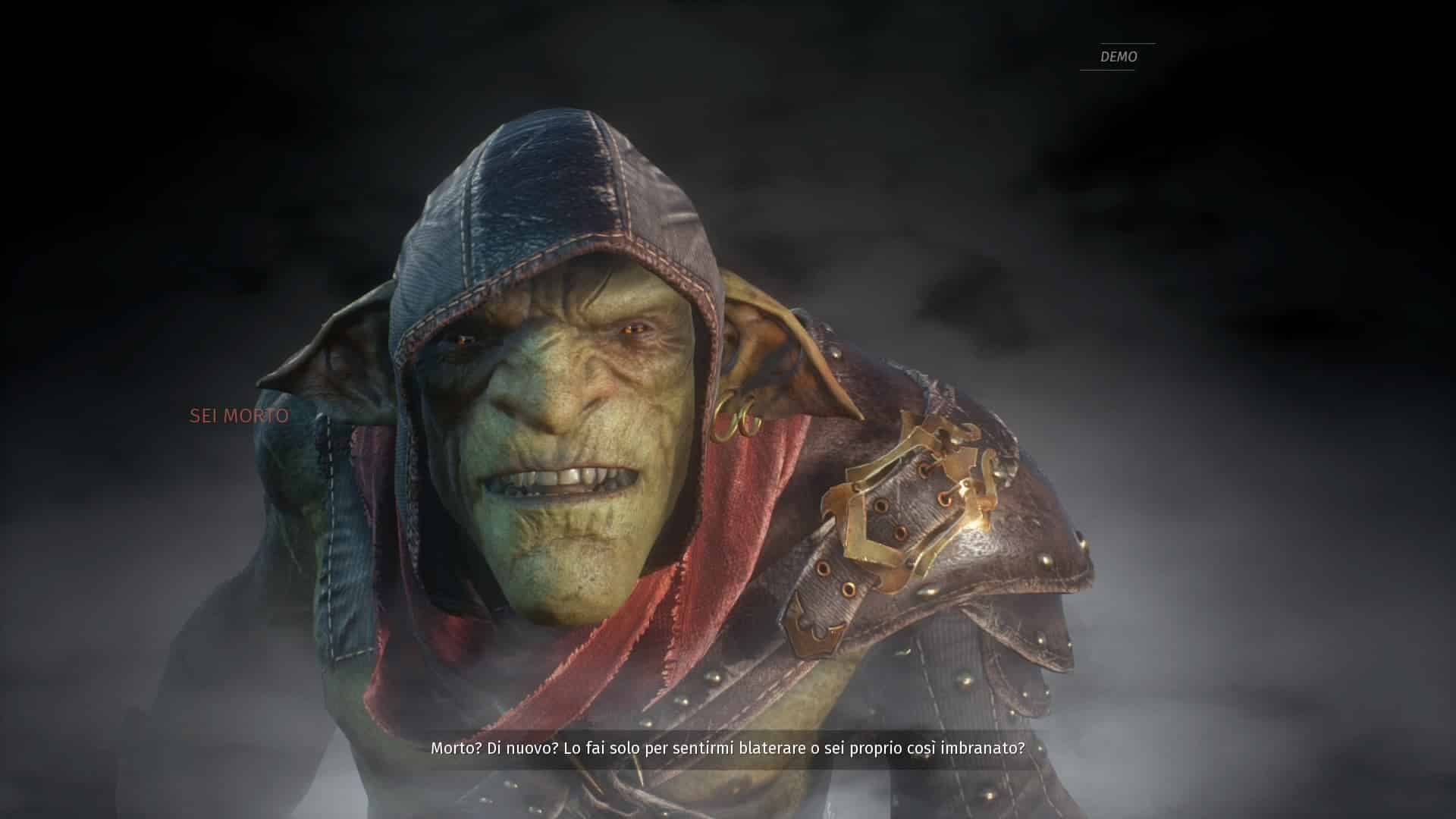 Dead again? Are you doing it on purpose or are you really so dumb?

All considered, I think this one is really worth a try, especially if you are into stealth games. Exploring, scavenging, crafting, killing and the likes seem to be very well rendered and the environment is consistent with a dark and decaying world in which everything is at stakes. In addition, all of this is also possible in co-op with a friend, even if I didn’t have the chance to try the online feature and I cannot report on that. The demo is available on PSN and the cost of the entire game is around 30Eu. Not bad, my friends, not bad indeed. 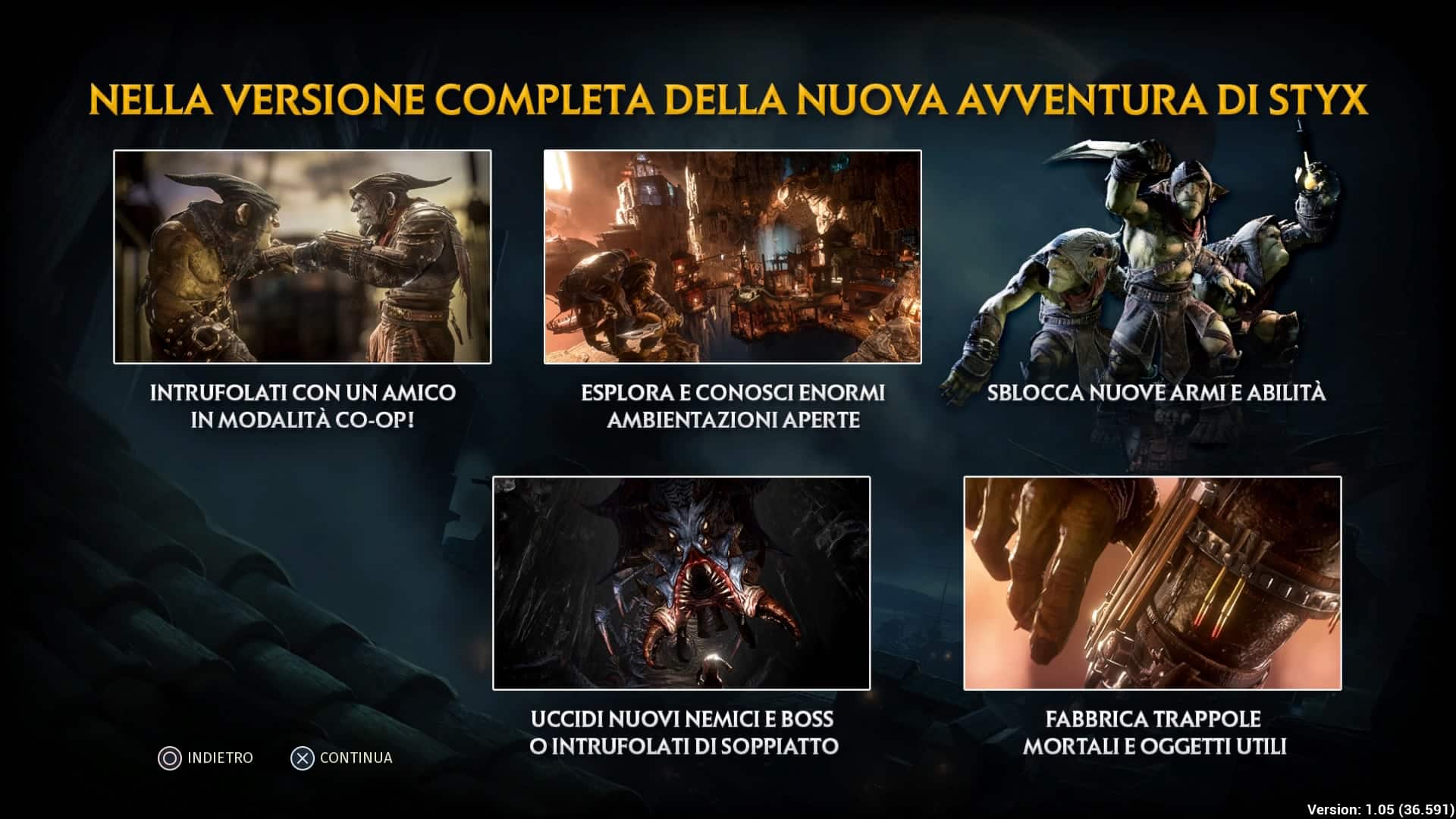 Follow Us... Inspire Us To Get Better... Keep The Flame Alive
A Fan-tastic Crash Bandicoot Collectible Introducing A New Nightmare – Little Nightmares CE

3 thoughts on “I Am A Goblin! – STYX Shards Of Darkness”