The reboot of Tomb Raider and the all-new Lara Croft was met with a lot of critics as she looked entirely different to the original concept of the first xx games, the first screenshots looked too good to be true and all of them was filled with blood and scratches, very unlike the bimbo chick in the former games.

A lot of games lie with screenshots and concept art and end up looking like crap as an end product and yes Tomb Raider lied too as the final product looks better than the concept and teasers we saw a while back.

For the first 20 minutes of the game you wondered where her tits and ass went, they went away alright but she went from looking sexy to absolutely super hot and… 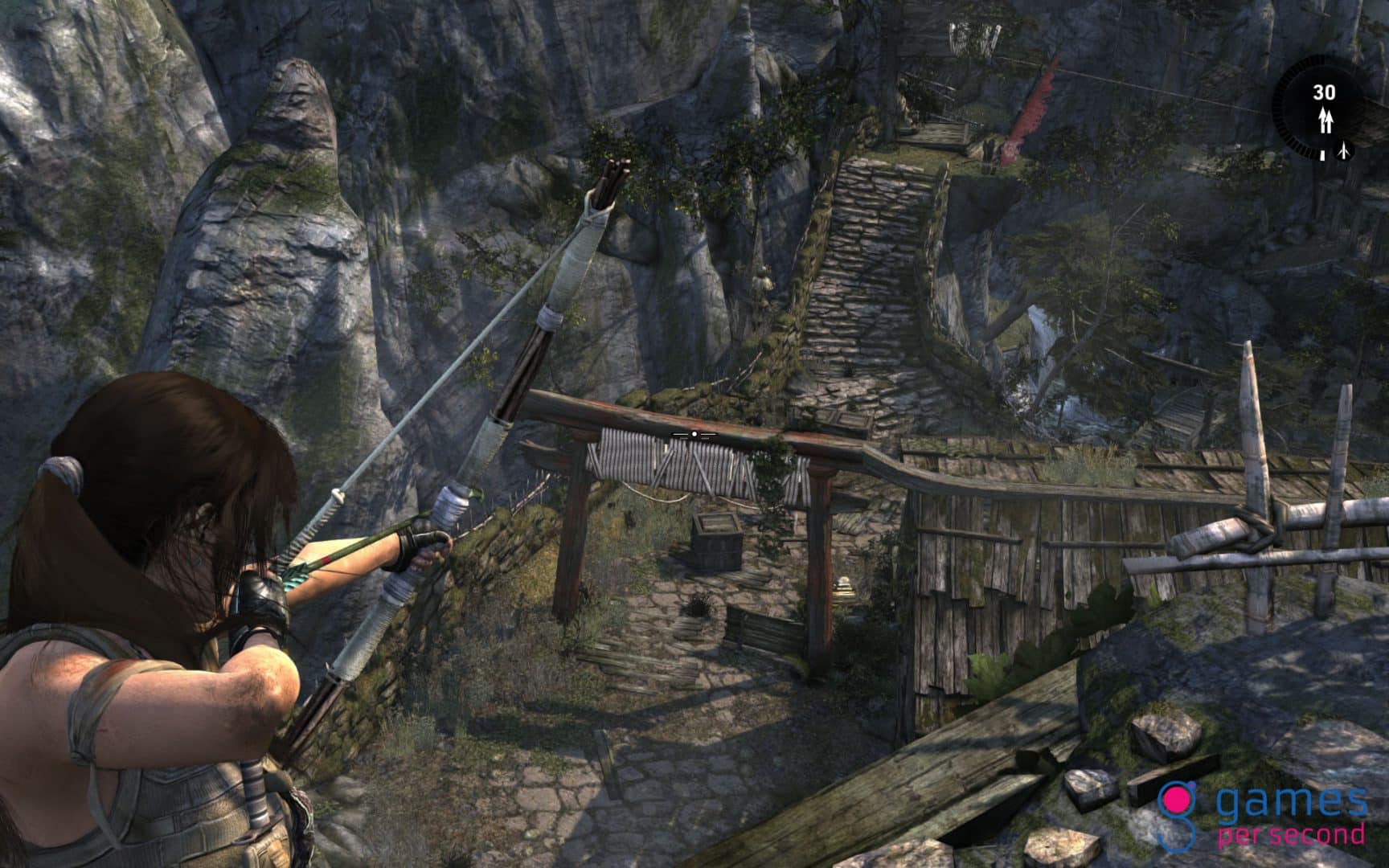 A good friend of mine answered to my complaint’s and said that the artists of the game focused a lot on her T&A, more than before and i did not agree until after he said it and i had played it for a while and that was when i realized what he meant with ” you get to see her body from just about every angle and position possible and even more than he has done with her girlfriend”. You, sir, was correct.

See what i meant about the teasers and early previews?, looks much better in the final version of the game (see all the other shots). Oh and just to have it said, Tomb Raider’s best feature is that bow!.

This new Tomb Raider game is filled with puzzles and alternative tombs to raid and at times i found the sidequests like the one above much better than the actual game.

Some really creepy scenes in the game, not exactly what i was expecting and some of the scenes are downright nasty but it sets the setting very nicely and you realize over the time that it is one of the reasons they made the game.

Lots of rope “grinding” in the game, quite a lot of quick time events too (with ropes) but it worked fairly well and maybe most of all it got very fun when you got the rope gizmo!.

Just so it’s said, the game is not all grey and boring and even though some screenshots seem to say that, well let’s just say i did it on purpose as just to show how dirty and bloody Lara is. 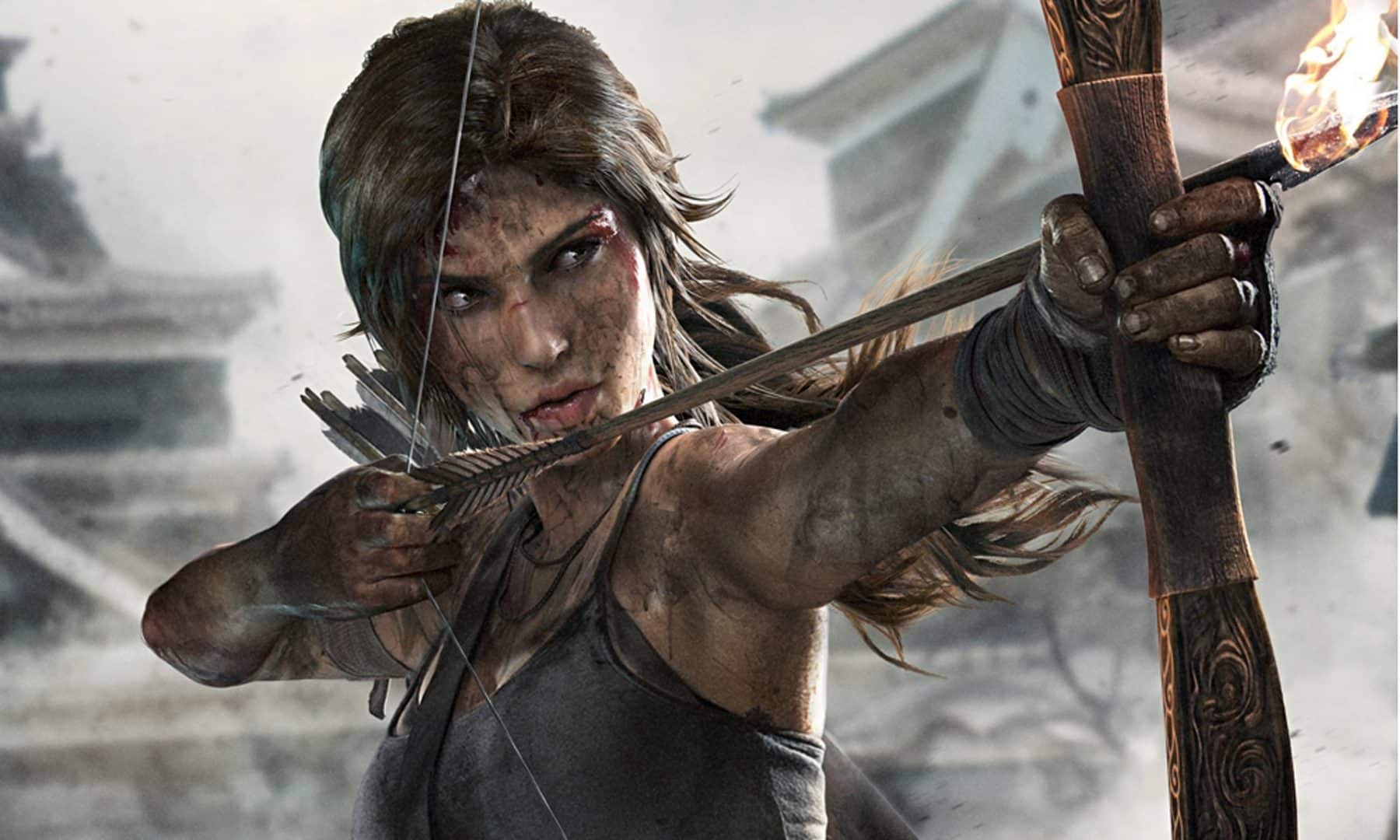 The game is actually an Uncharted ripoff while Uncharted was a ripoff of the Tomb Raider concept in the first place and its hard to explain but this game is more Uncharted than Tomb Raider and at times it tries too hard so it ends up feeling like a playable movie with a lot of cutscenes.

The artists of this game have done an amazing job and the only thing holding it back is the hardware i guess and that is not like Uncharted as those games nailed that so it felt that it couldn’t look better at all.

One complaint is… WHERE DID ALL THE ANIMALS GO?

A fantastic game and i recommend it to everyone as it is one of those must-play titles, yes even if you hated the old Tomb Raider games (i only liked Legend before this one) and it brought one of the things that Uncharted never did and that was a sexual lust,yes i am serious!. I WANT LARA!!!!!!!!!!.

Follow Us... Inspire Us To Get Better... Keep The Flame Alive
Week 14: Stuff In The Drive I Have Used The Force Since 88! – Star Wars Arcade

One thought on “I Am Not Going Home! – Tomb Raider Reboot”

Leave a Reply to All Hail the Queen! | AmigaGuru's GamerBlog Cancel reply