I have so many good memories of this game and one of the reasons is that i knew one of the guys working on it pretty good (we snail mailed code snippets and tricks over several years), so biased or not i still hold this game close to my heart.

Mr Nutz is clearly a love letter to Sonic The Hedgehog and other super fast platformers out there. They also showed some love towards Super Mario Brothers and such as there is a Mario’esque map screen in there too. To top it all off they even added in a tunnel type of level which is using some pseudo mode7 (you know, c2p scaling Snes chip) type of Amiga trickery code/programming. 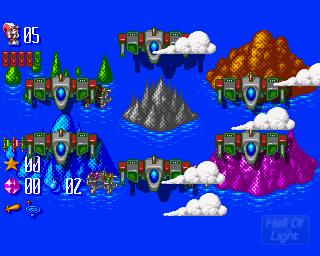 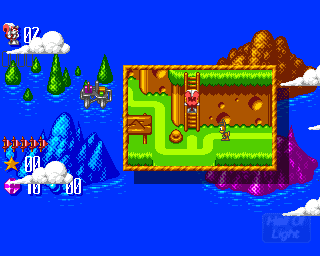 The map screen has quite a bit of stuff to do, one has to do different tasks (mostly finding bombs to blow rocks out of the way) to get to the next main game level, the graphics hold up great and the music is still quite nice albeit over a longer play time the music can make you quite drowsy. 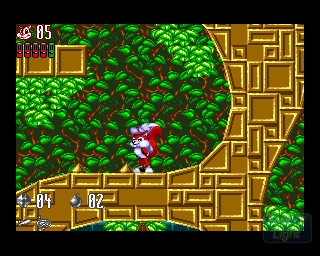 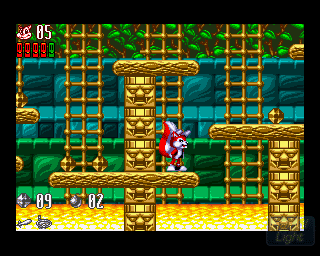 There are quite a few neat touches in the game, like for instance you can fly/control your jumps in true squirrel style, the controls can be awkward at first but once you get the hang of it you will be flying like no squirrel before. Proper controls with full diagonal steering help a lot too.

The game can be quite the twitchy experience at first as the scrolling is too fast for its own good at times and even more so on emulators as the game simply do not work as intended at most settings by the looks of things (like youtube videos). 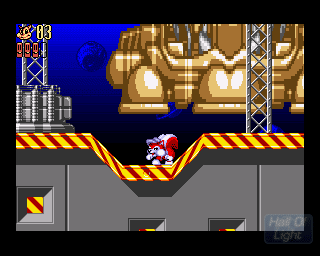 Boss Fights, nothing wrong with the size of the bosses!. Mr. Nutz Hopping mad Amiga 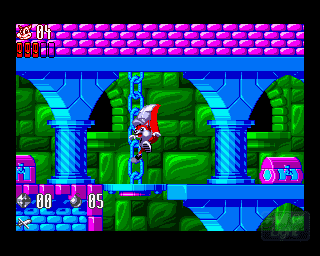 Huge bosses, twitchy controls and some pretty straightforward action to be found in the game and while some levels can be quite long it still offers a lot of platforming and looking for places to go to not turn stale.

I completed the game again last week and i found pretty much every exit pretty quickly which wasn’t all that strange really as i probably played this game to completion way too much in the 90s. 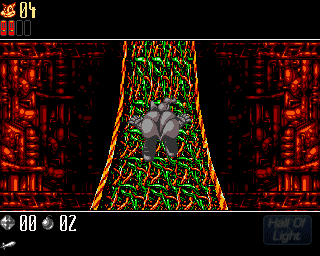 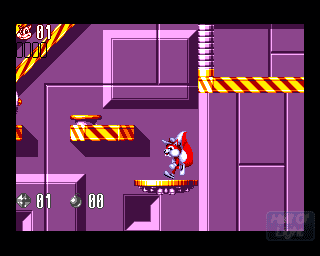 Most levels look different and are designed in ways that it doesn’t get too easy nor boring and for good measures they have thrown in a tunnel’esque sequence for the warp scenes between worlds. These warp levels were done by demoscener Chapter of Sanity and for people familiar with his demoscene activity and code can identify these tunnels in a heartbeat. The reason for this was that at the time of the release of the game he had just released a very good demo called Roots with the same effect (or was it roots v2?) right before it.

The warp levels look great but it is a shame how Mr.Nutz had to be altered a bit in design and colours to be able to work as part of the effect (a grey squirrel?). 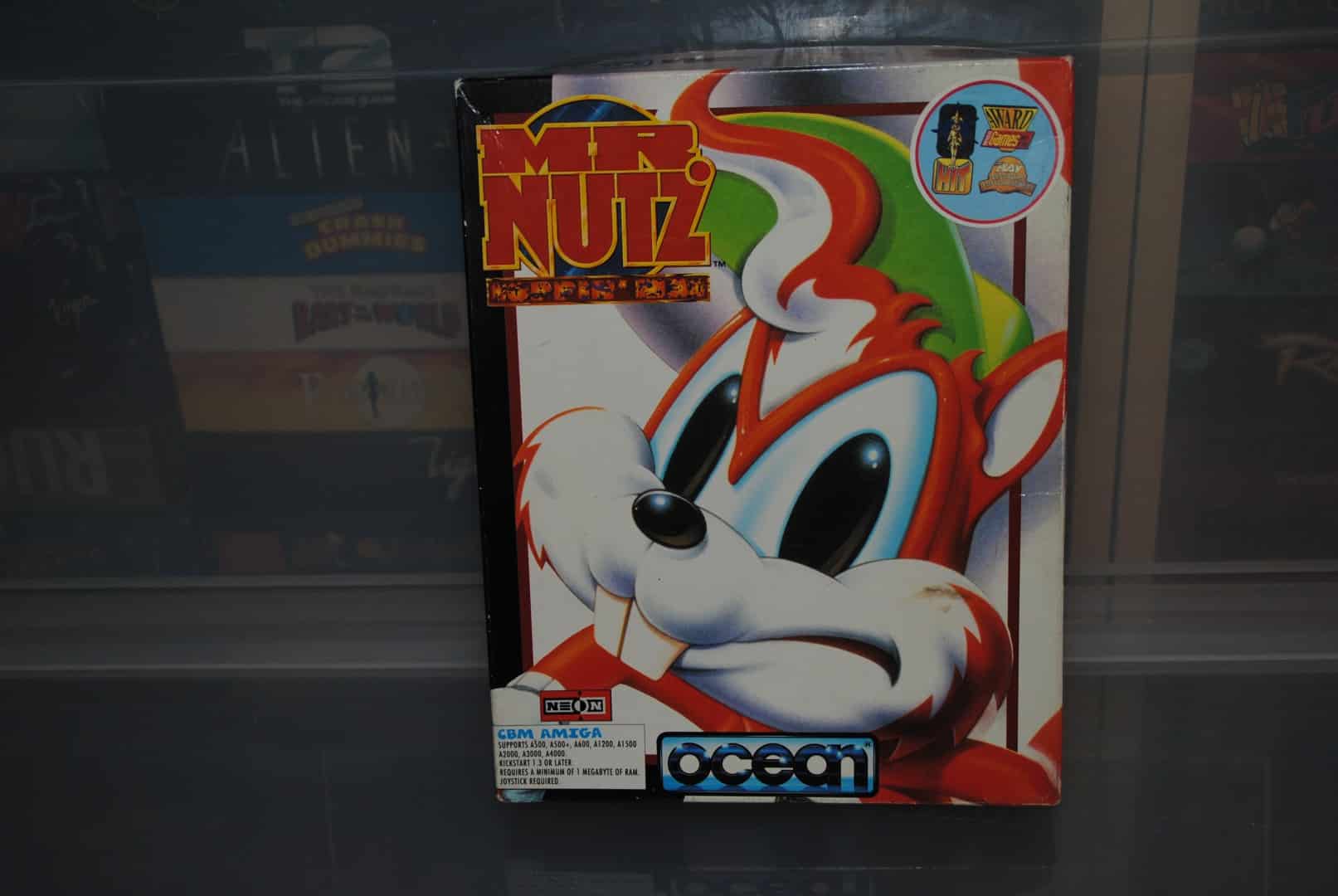 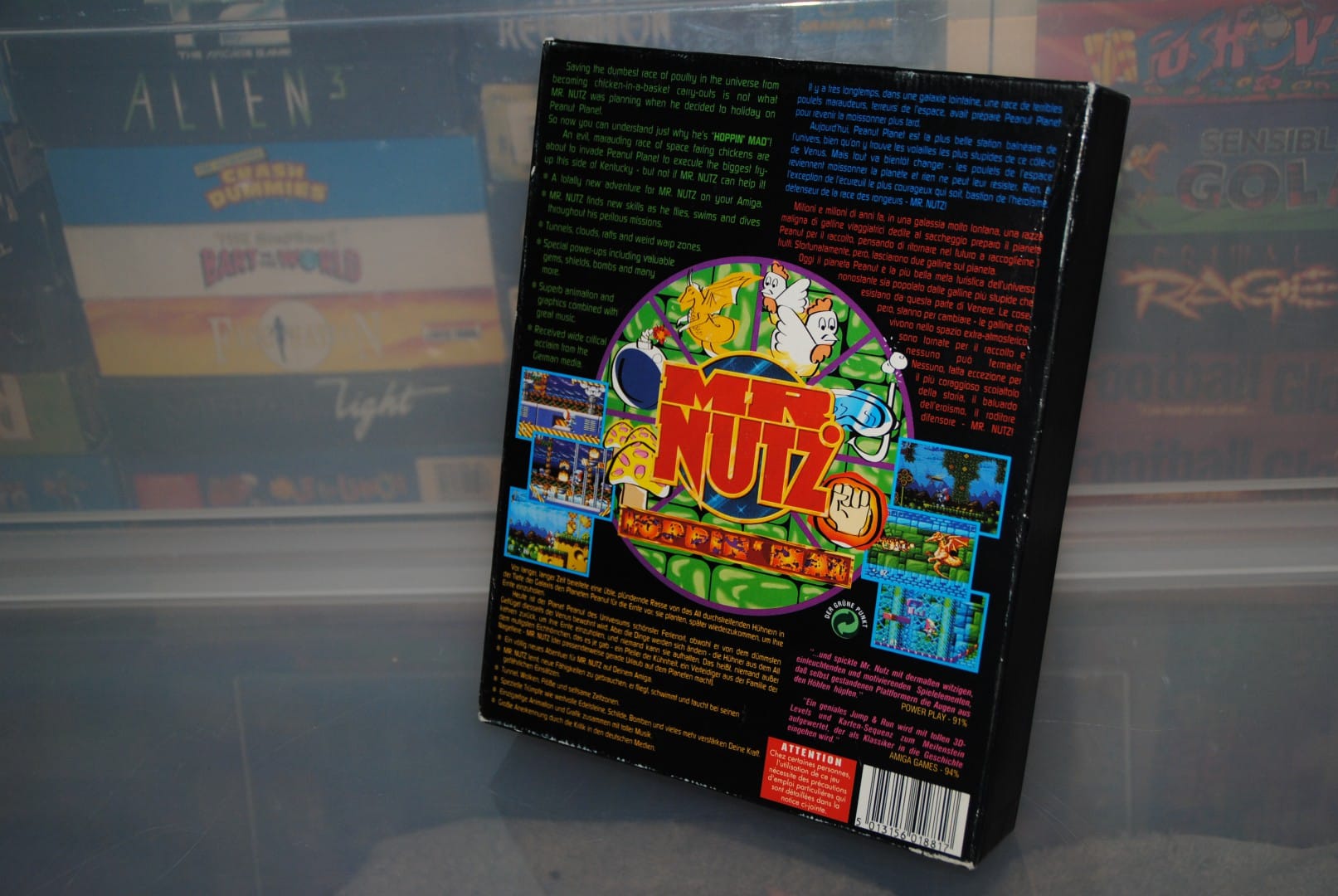 Who can resist buying a game with this kind of front box art?, definitely one of the better box designs of the later Amiga games,  the back side has the standard 1993-5 style which i personally think suck. The box style looks quite a bit like the hit squad series, messy back with screenshots and text laid out in a way that makes it look rushed. 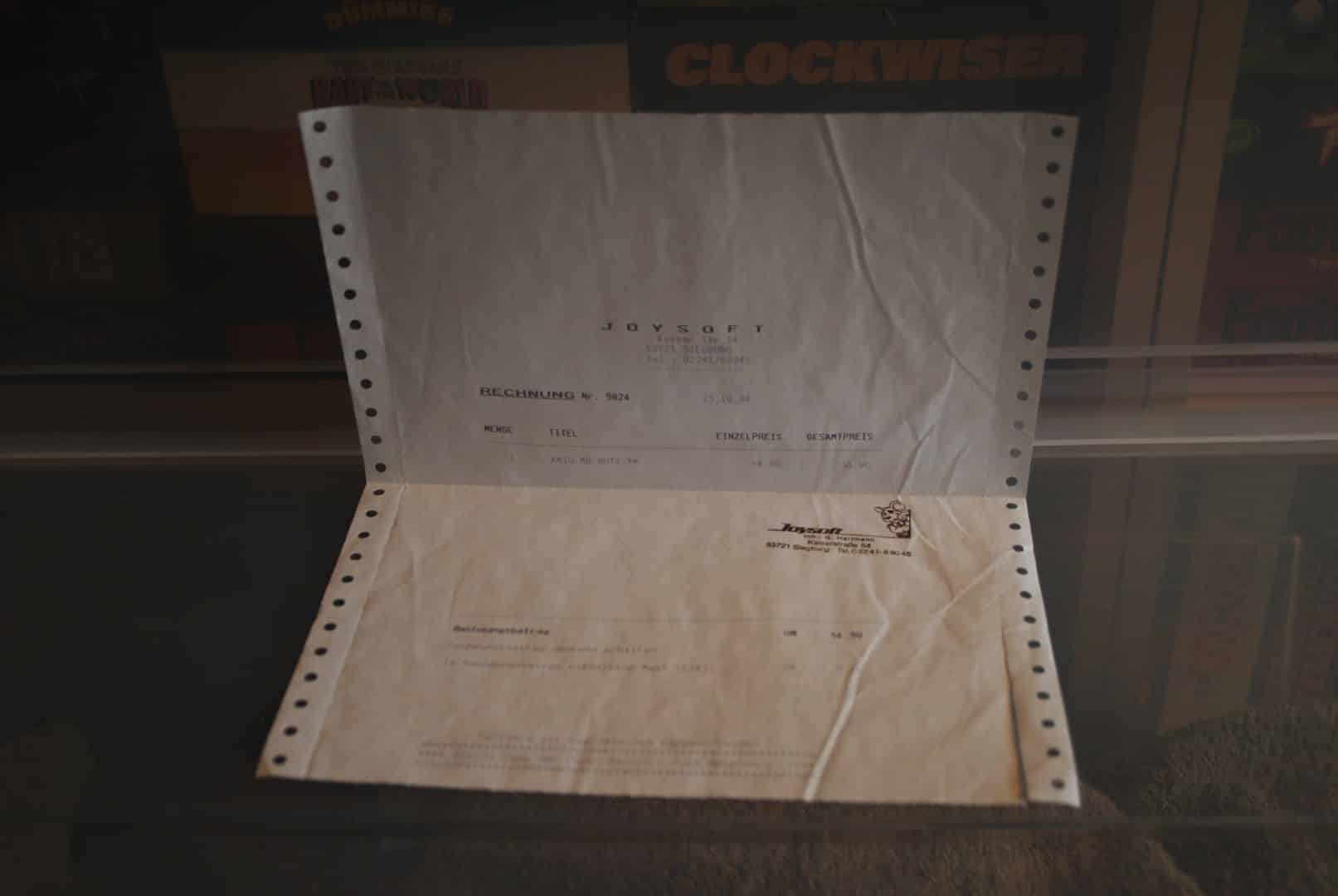 Keeping receipts inside the boxes was something i started early with and that has proven to have been a good idea as finding them now 20+ years later has proven to be quite the memory test and it still shocks me how much i remember when it comes to where and when i bought my games.  I can, for instance, remember what i bought in 1989 and where but i can’t remember what i had for dinner 2 weeks ago. 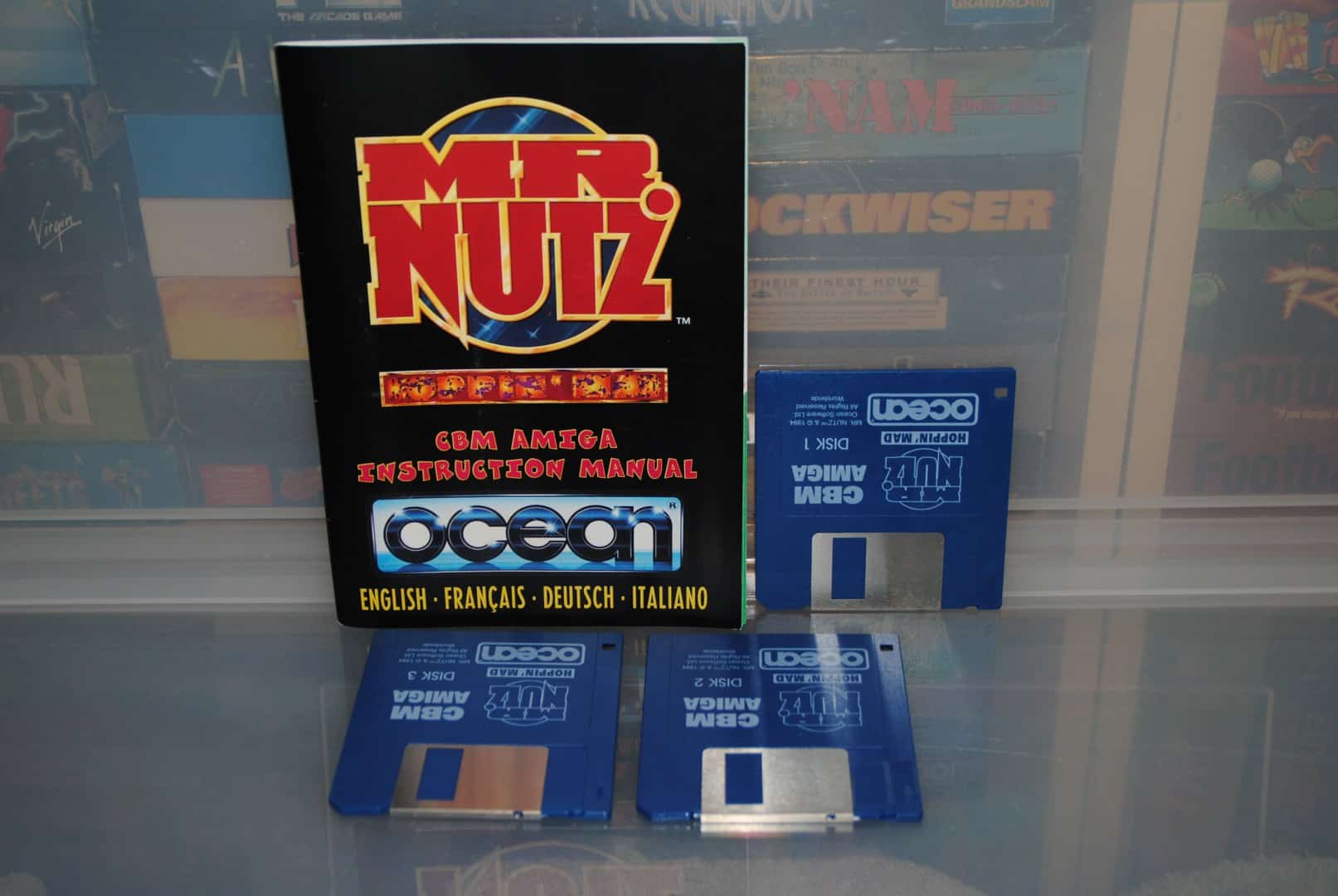 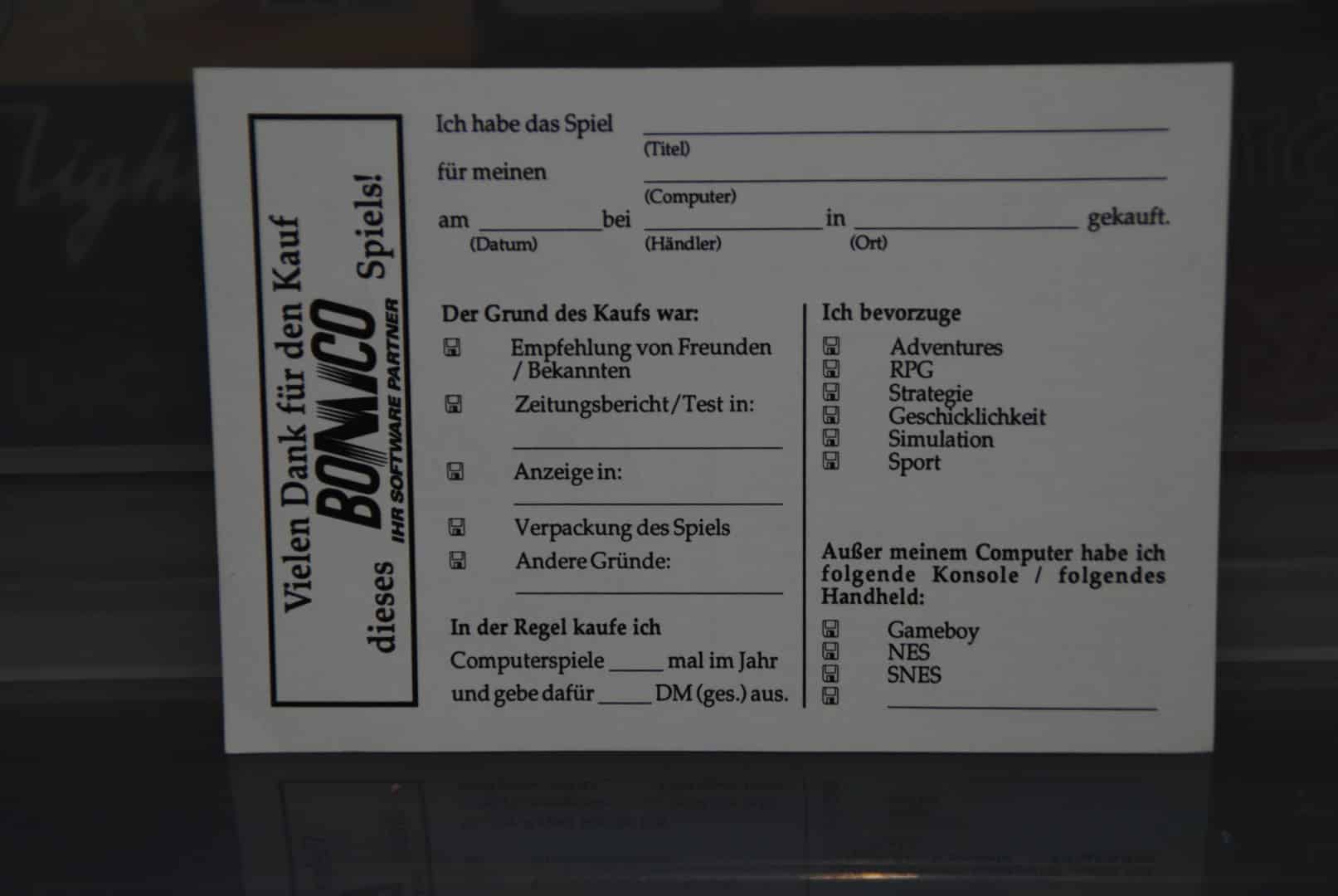 Standard stuff, although the manual is in colour and not only the front/back and the only other one i know of from OCEAN in the same era with colours is Jurassic Park.

I remember the first cracks out there was on 4 floppies so when i went and bought the game i thought one floppy was missing (the same thing happened with Aladdin).

The game was only released once, no re-releases, no budget versions etc. I guess the reason for this was because of how the game sold, bad in other words which is a shame really as the game was announced for CD32 but that never materialized like so many other OCEAN games from 94/95.

Not tried the game yet? download/buy it now and give it a go.