Against all odds I made it; after 3 months of struggling with the controller and an unmeasurable amount of swearing, I finally completed Sekiro: Shadows Die Twice! I apologize if this review comes at such a late stage but, as you know, we only publish reviews of games we have played “for real”, unlike many other sites that only pretend to have done it. Sure, being this game so difficult (at least for me), I would have preferred to have ten years less on my shoulders (that would have probably compensated for my slow reflexes), but you can’t fight against Nature unless you have Resurrection capabilities …

By this time you will likely have read a lot about this game and will have seen people saying Sekiro is way too difficult for its own good, and others completing a NG+ game in less than 23 minutes (speedrun World record now set at 22 minutes and 22 seconds). So, where is the truth here? Let’s discover it together.

As I wrote in my quick preview HERE the game is set during the Sengoku Period of Feudal Japan and sees a shinobi fighting his way through the war-stricken territories of Ashina in search of his young Master (Lord Kuro). His first encounter with the wanna-be leader (Genishiro Oda) ends with Wolf (our hero) losing his left arm and almost losing his life. Wolf is then brought to the Dilapidated Temple where Emma (the medic) and a Sculptor will cure him and provide him with a prosthetic arm. From that point on, your mission will be to travel through Ashina to accomplish various tasks, until reaching one of the 4 different endings of the game.

I already said in my preview that this is a From Software game, and as such it shares the beauty of its landscapes but also the very high difficulty level of games like the Souls Series or the splendid Bloodborne. Yet, Sekiro is an entirely different beast altogether.
I didn’t get the chance to play the Souls Series, and I only skimmed Bloodborne’s surface, so I won’t make a direct comparison with them. Unlike those game though, and as far as I have read about them, the first thing that hits you here is that there’s no real characters progression mechanics. Sure, finding particular items will grant you the possibility to improve the storage capacity for your “medikits” (up to 10 Gourd Seeds) while other items will boost your life bar. Also, acquiring XPs will enable you to unlock skills in the Skill Tree, yet none of these objects will make a real difference since you will be constantly way overpowered by the bosses in the game.

Such a weird game this one is, where mini-bosses block your path to new areas of the game (often with a combat mechanics that is capable to get you at impossible angles…), where optional bosses are often stronger that mini-bosses, and where “end-of-level” bosses can be extremely easy to beat or can take you directly on the edge of insanity (I got really close to it, believe me). Basically, if you are an average player you will have a very hard time with this game and, if like me you are below average (due to your age of the fact that these kind of games are not exactly your cup of tea) the only way you have to beat it is keep trying until you have learned by heart the full range of combat technics of that particular boss, in order to counter every single move. It won’t make any difference if it is the very first one or the very last (roughly FIFTY bosses later) of the game: you either learn his/her moves or you die. A lot!

Having said that, it is a fact that for the average player improving his/her arsenal, gourd seeds usage and the likes will indeed help, yet:

But how does this game actually work, I hear you cry? Both Sekiro and his opponents have two distinct bars, one being the Vitality one and the other representing the Posture. Directly hitting the enemy will damage him, but also will slowly break his posture. Powerful enemies can take tons of hits without having their Vitaly bar affected, but if you can break their posture you can vibrate a mortal blow at once. The “only” thing you have to do is not “block” their attacks (holding the L1 button), but “deflect” them (pressing the L1 button just an instant before getting hit). If you manage to do it, you will significantly affect their posture, if you miss … well, you are dead. The same is indeed true for yourself: having your blows deflected will make you stagger, and again … you are dead. 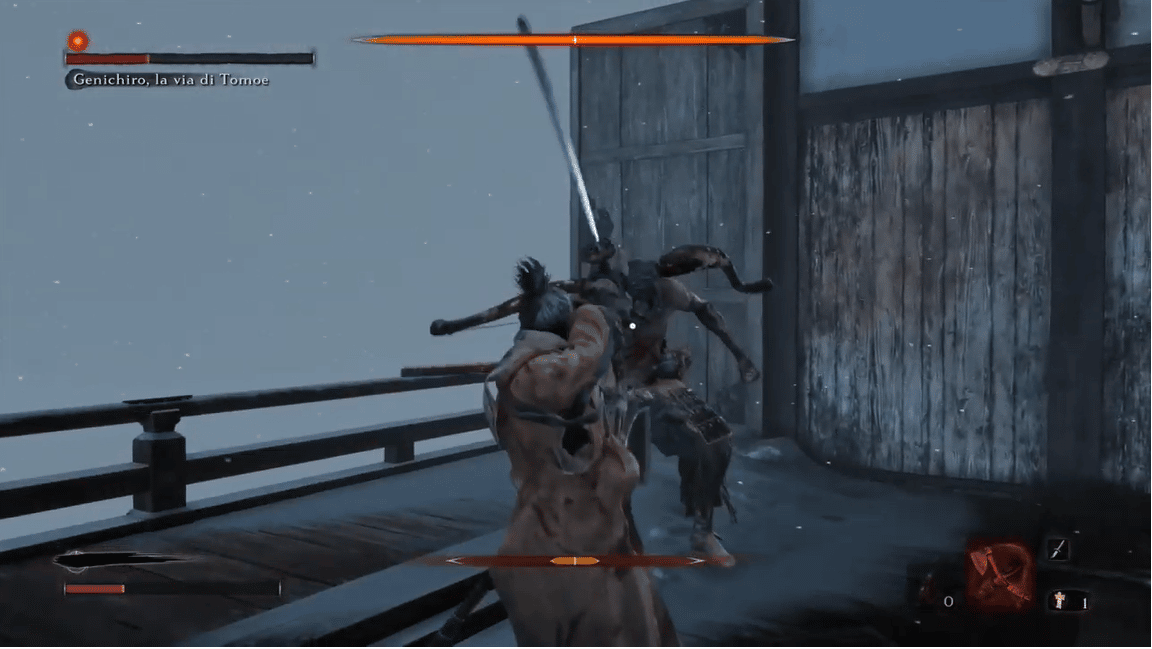 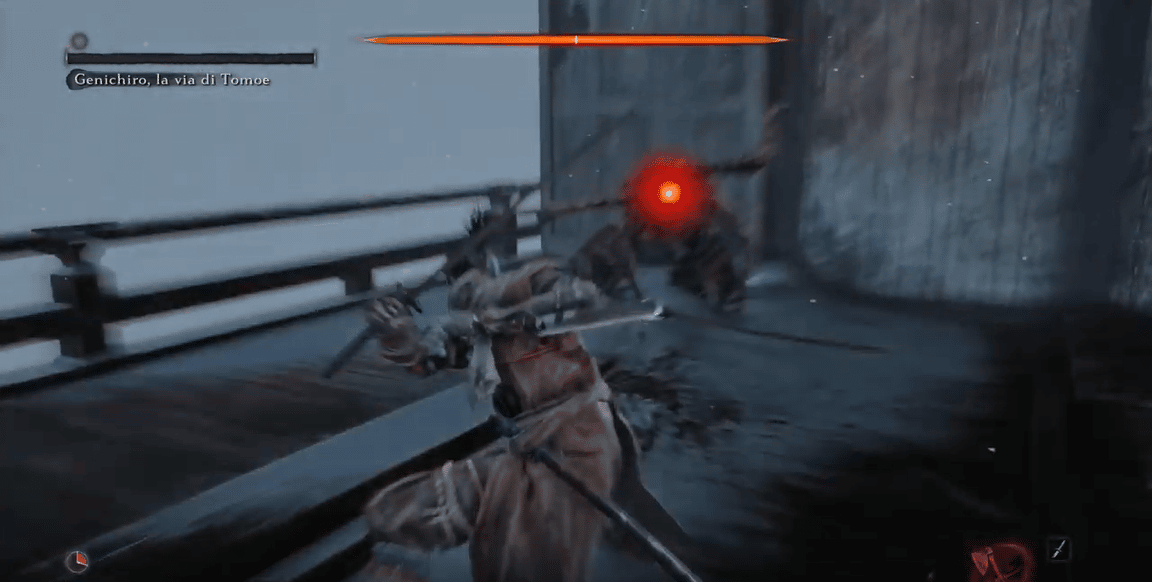 As you can see, you WILL die in this game. A lot! Upon dying you will instantly lose half of your XPs and half of your hard-earned money unless you receive an “Unseen Aid” that will grant your current loot. Such aid is initially set with a probability to occur of 30%,
constantly decreasing if you use your Resurrection capability. Such ability, although necessary for the hardest boss confrontations doesn’t come with a cost, since using it will cause the disease known as “Dragon Rot” to spread in the game world, possibly inducing death on NPGs. Every once in a while you will need to use a cure for it, but the relevant healing items are rather scarce, so you need to think about it at least twice.

In the end, it took me nearly three months to finish this game (also because I have been away from it for a while due to work reasons), an achievement that for most of the time I would not have considered possible. More than once I thought about quitting it, as I sadly did with Bloodborne, but the beauty of Feudal Japan and the satisfaction I felt when overcoming a boss actually did the trick. I keep thinking that this game is way to difficult for its own good, and even though there are talented people out there that have achieved outstanding results (thanks to all of them for providing so many useful hint and tips in the form of YouTube videos), Sekiro keeps being a niche product (like all the recent From Software titles) that not many will have have the chance to enjoy. I really enjoyed playing it (actually, it is the only title I played in the recent past and made me temporarily forget The Division 2) and now I am so involved by it that I am going for the Platinum trophy. If I succeed (when I succeed), it will be, by far, the most difficult game I ever platted. This should be proof that Sekiro is, in the end, a very good game. Still, it is not a game for everybody. Stay away from it, unless you REALLY know what you are doing.

Follow Us... Inspire Us To Get Better... Keep The Flame Alive
A Look At PONG 4K – Pongtastic! A Look At Catacombs 3 For The Amiga CD32