Koei/Tecmo strikes again with yet another game in the Dynasty empire and this time is it’s Samurai Warriors 4, a game not very far from all the other Omega Force/Tecmo games yet they still sell bucket loads and the fans cries for new games all the time.
The PS4 already has 6 other games from the same developer so the engine is in constant development but then again this is not news as to the blunt eye the game looks just like it’s predecessors from over a decade ago…
The mission system and general gameplay is very similar to previous games albeit they’re in full HD now and they also feel like they’re operated in 60 frames per second (the whole game too), not much to say about the menus really except for it using the same old system with several clans/samurai’s and the campaigns for each one is short but since there is a bucket load of characters there is no problem with content.

The cutscenes and general speech scenes are like always brilliant with enough colors and effects to entertain more than most games from the west (Jap games simply rocks).
Sadly the videos seem to be lower quality than needed and while this game is PlayStation exclusive i still want to believe that the reason for it not being fully uncompressed data this is because of the PS3 and Vita versions of the game.
If there’s one thing i have said a lot lately it has to be “I HAVE TOO MANY GAMES,I SHOULD NOT BUY MORE FOR NOW!” but yet i still had to get this Special Anime Pack, it’s basically a collectors edition with the full Anime movie as well as a music cd with games from all 4 games, there’s also a DLC sheet with a code on it…sadly the code only includes costumes… 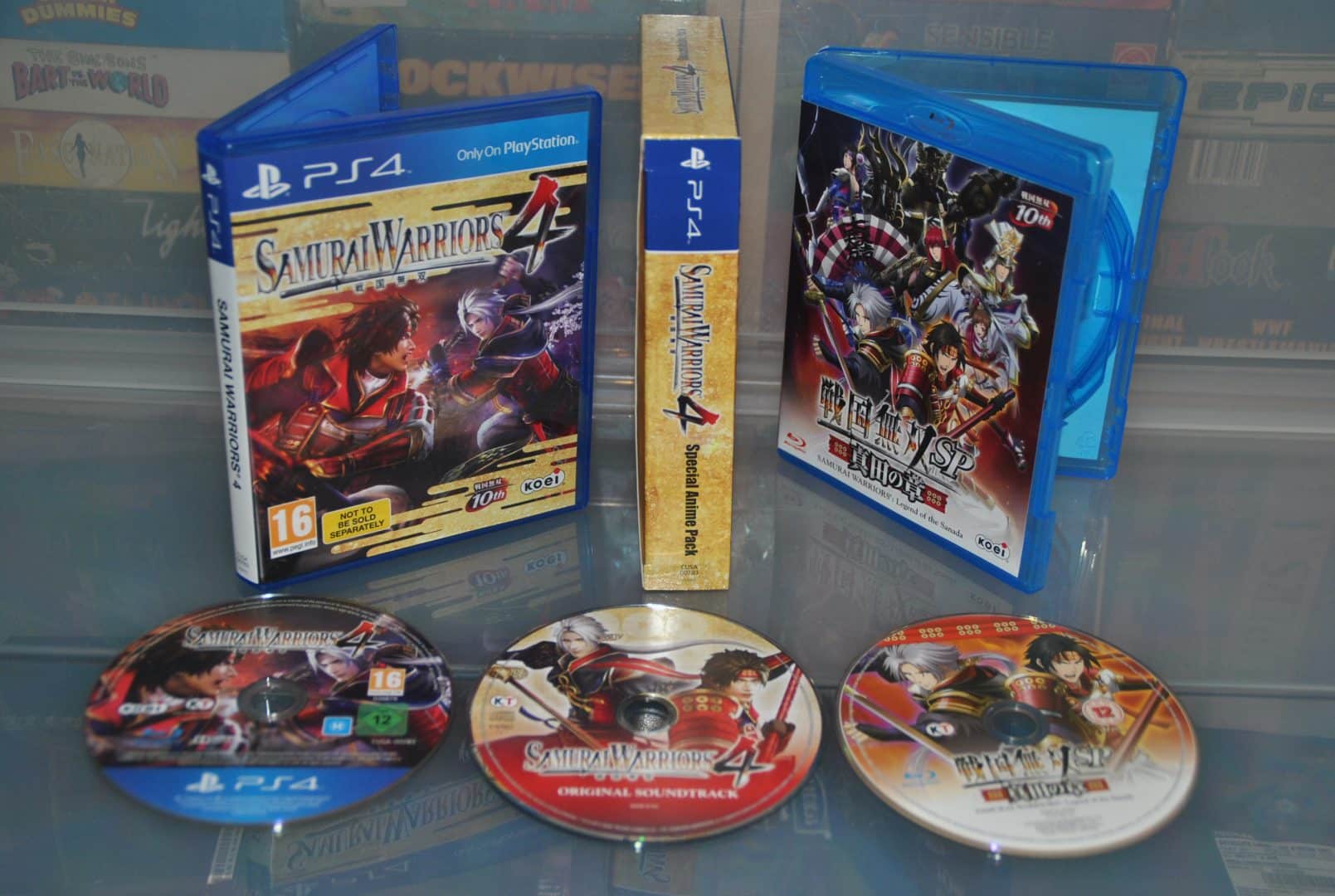 The production value of the box is quite good although i had hoped it would hold more stuff.
Gameplay is standard fare, 100’s upon 100’s of enemies spawning like crazy.
Combo-tastic and fun like hell the first time around when i reached a combo of 3000+ and around 10-15 trophies clicked in at the same time, jolly good fun.. sadly now a few hours later it has become more of a grind due to the upgrades seem to have become less frequent and the game more aggressive.
Only a Japanese game can say something like this… seriously.. was this meant as a joke?

Video of gameplay due soon, thanks.

EDIT: Sorry, Gameplay footage was lost in the transition to the new blog.  i will try and do new ones that will fit the text.