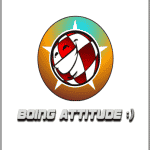 Boing Attitude’s second game is called Ask Me Up, a quite similar name to their former game called “Word Me Up”. 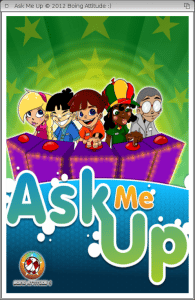 The name might sound like a Dance game and i think that would have been an awesome name for a dance game but the game is actually a gameshow type of game, it pumps you with questions and 4 alternatives and you chose the one answer you think is correct. 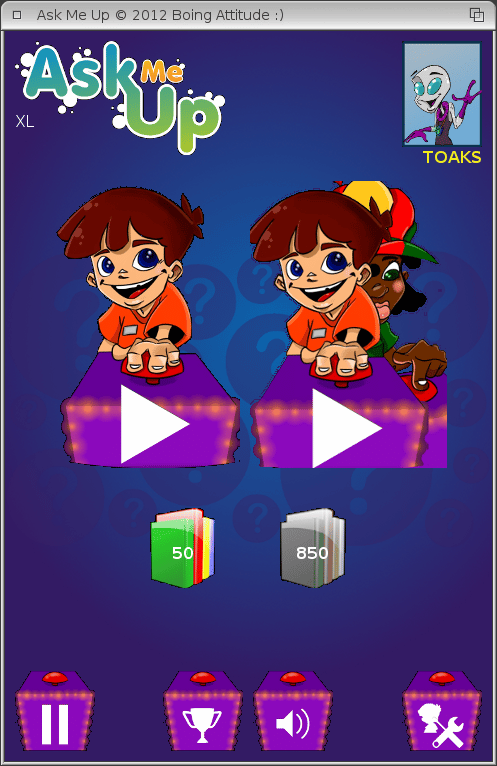 The quiz can actually be quite challenging at times and that’s always welcome in these type of games.

The game sports 2 player VS. style too but keep in mind that not all versions support that but the one i have is the XL version and that has all the features out there.

Game design and style are as their last game mediocre, it feels empty a lifeless but on the other hand it kinda works too as with Word Me Up it made it easier to play instead of googling at the gfx. 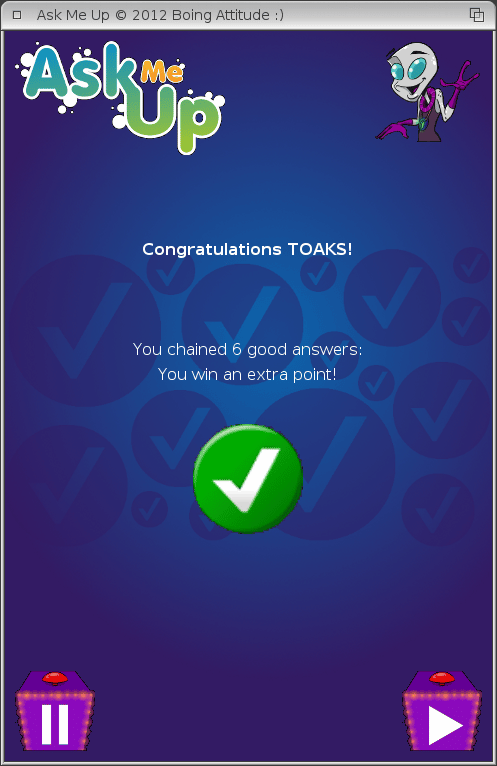 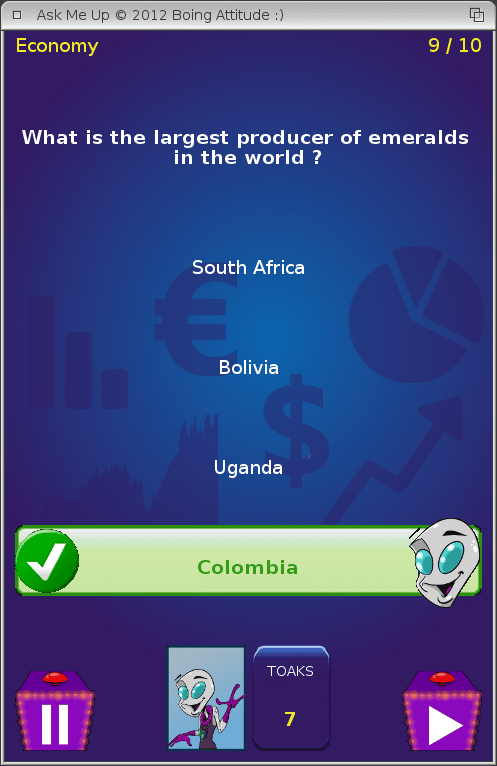 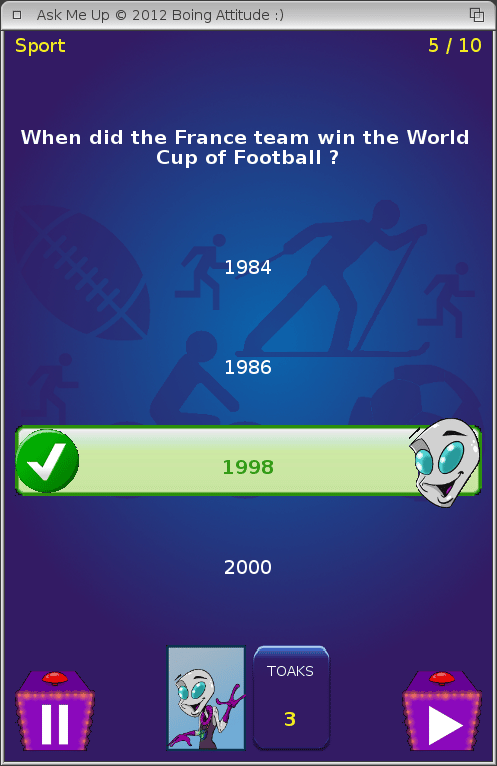 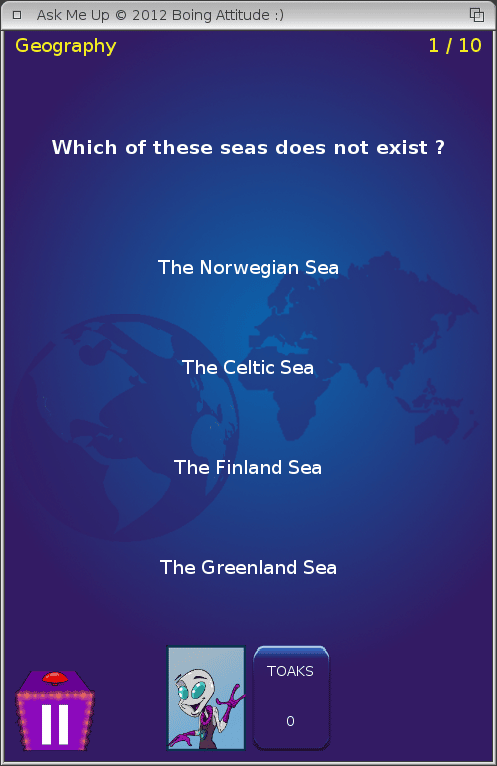 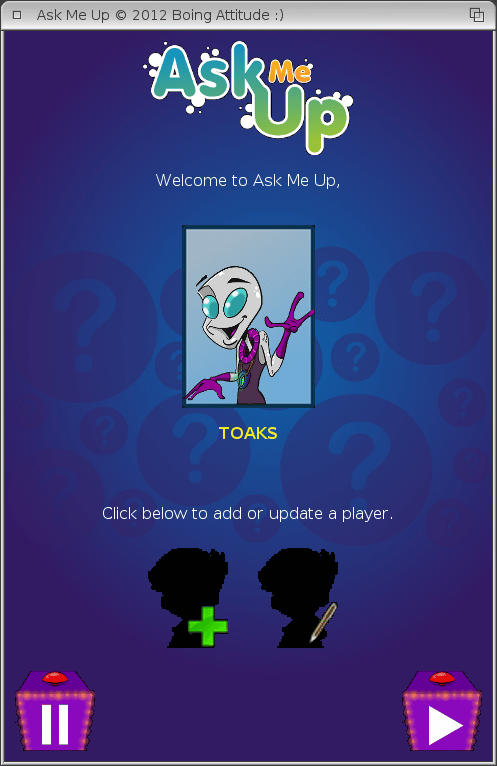 Ask Me Up still fails to impress, loads of stuff that should have been in Word Me Up is still not in this one, stuff like Online Leaderboards, Achievements and so on and while it might not be what the team wants its still a very sought after concept.

I’d say that you should support the team by buying (it’s dirt cheap) this game but do not expect all that much, it does have some nice things every now and then but in the whole, it’s nothing I’d recommend buying if you want modern and stylish games.

I wish that all Amiga owners and developers will one day embrace a proper achievement/trophy system as well as leaderboard servers (Amiboing has a super system which i hope they’ll open up to everyone).

One thought on “This Ain’t A Dancing Game!, ASK ME UP XL”