The underappreciated service PlayStation Plus has lately got a lot of flak for focusing too much at Indie games and not on AAA titles like it did in the past for the PS3 and even on the Vita.

This whole discussion is difficult to be one-sided about really because as a gamer and blogger i want stuff from both worlds and to be honest, there have been some kickass good Indie games lately. 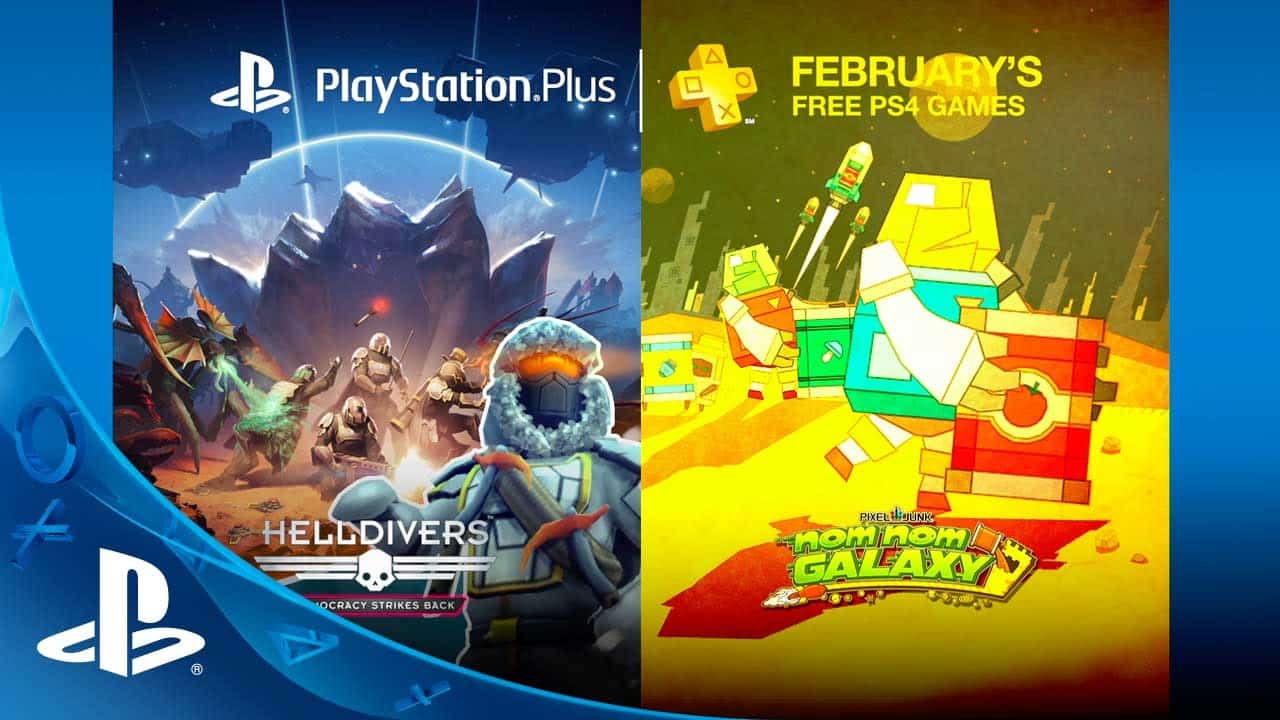 I have most likely already pissed off some of my readers by now with my Indie statement, but bear with me here and i will show you some of the reasons why PS+ and some Indie games are must have’s.

Helldivers pictured above was on PS+ 2 months ago, this game was one of those games that i would never have tried if it wasn’t for PS+, well at least not as much as i did now. The reason for this is that when it came on PS+ then everybody i know got the game for free,.The 4 player Co-op (both local and online) meant that we could play together and that the reason “i have no money, i don’t want to buy an Indie game” etc was not there meant that (so far) i have spent over 50+ hours with friends playing the game.

Do you know what their opinion was about PS+ after this? , it went from it sucks on PS4 too – i am really looking forward to getting more titles in the future?.

I have to admit that all the Indie stuff on PS4 is pissing me off, i see them in shops and i see them on PSN and i get them on PS+. Ok, fair enough as Indie can mean a lot of things but there are so many crappy games out there that i see no reason for them to release on PS4 at all.

Towerfall Ascension, Tower of guns, Teslagrad, Terraria etc for 299,- NOK ($29.99 USD) is nothing else than a rip-off because all these games cost like 1/3 or less than this on PSN. I can’t imagine how parents or kids would react to get one of these premium-priced games home.

To be honest i think Indie games (and the prices) will damage the industry a lot over the next few years if this keeps up.

The 2 last years on PS+ have been rough on PS4 as some games have indeed been awful and totally not worth your download space, but the good ones have made up for it ( that is my opinion at least). 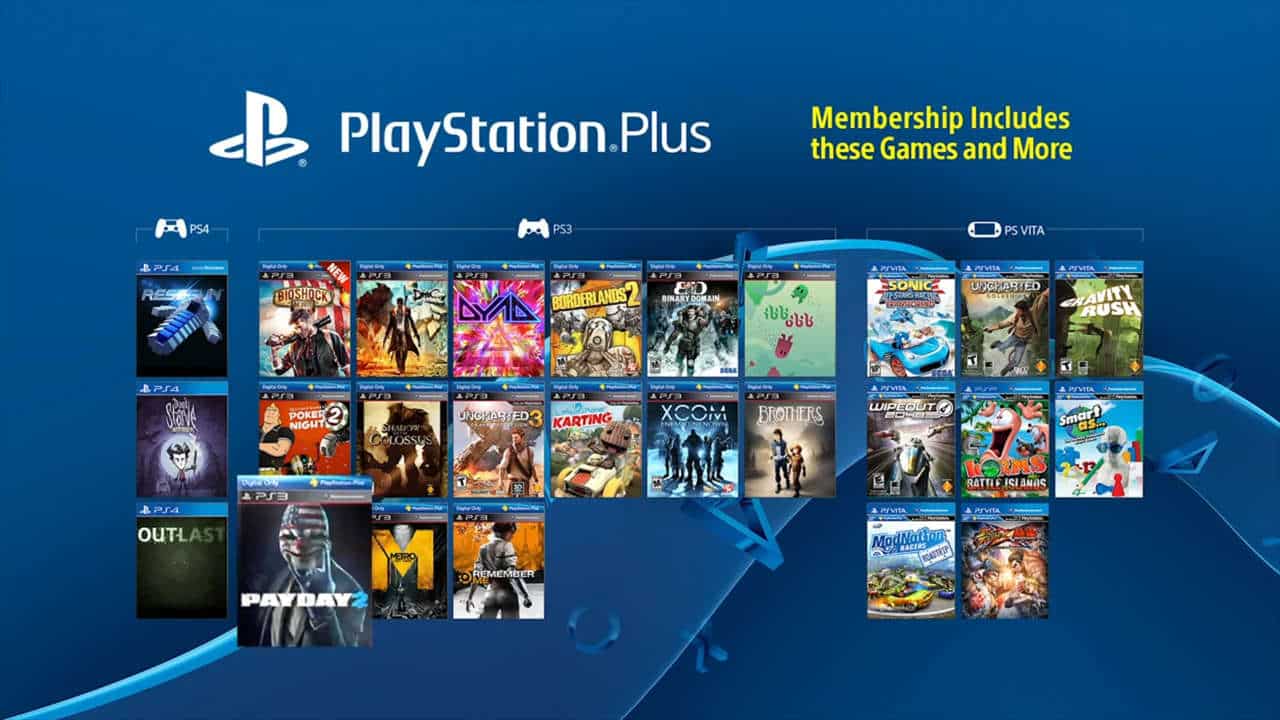 PlayStation+ before the PS4 came out was indeed much more AAA compared to now but that is down to the fact that there ain’t all that many games on the PS4 although that is quite unfair to say because the PS4 is 2+ years now.

It is amazing that games like God Of War 1,2 and Ascension, Shadow Of The Colossus, ICO, Batman Arkham Asylum, Arkham City etc have all been on PS+ over the years, how on earth can you bitch about these things?. 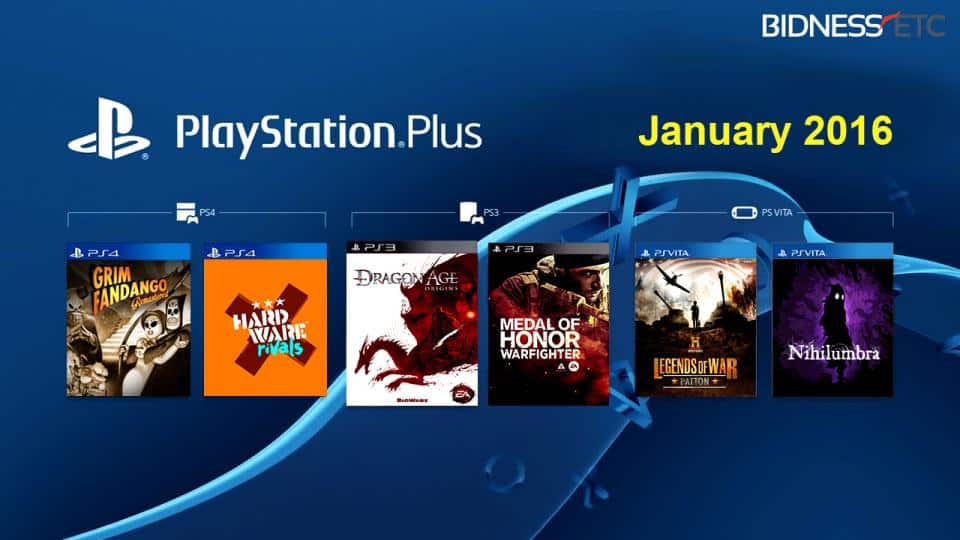 And then you go, but this was ages ago…  Well, look above, this was just a few months ago, Grim Fandango and Hardware Rivals for the PS4, Indie? , i would say no.

Hardware Rivals comes from an in-house team in Sony and to many, this game is worth a lot and i am one of them as i was a huge fan of the first game (Hardware-Arena) in the series which was released on the PS2 back in 2005 (?).

For the PS3 you see Dragon Age and Medal Of Honor Warfighter, both very popular games (albeit very old). 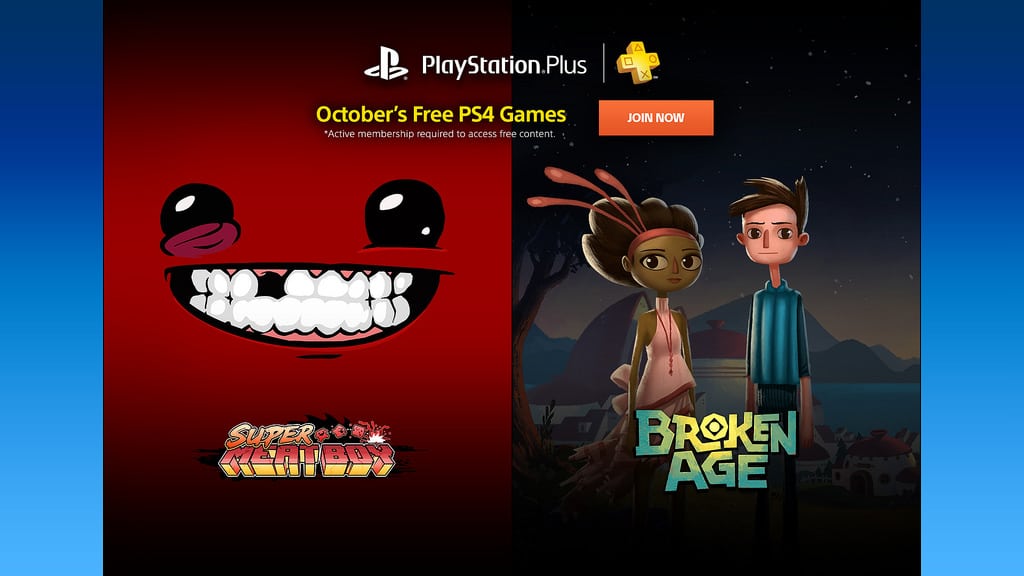 2 PS4 games late last year, i hated both and i know many others did too.  Fun fact is that Super Meatboy was Xbox exclusive and one of the games that they hyped up to hell and back and yet again (like with FEZ and Limbo) the game gave me absolutely nothing.

Broken Age is supposedly a good game, but, something in it bored me to death.

Would i go online and rant like a child? , no. 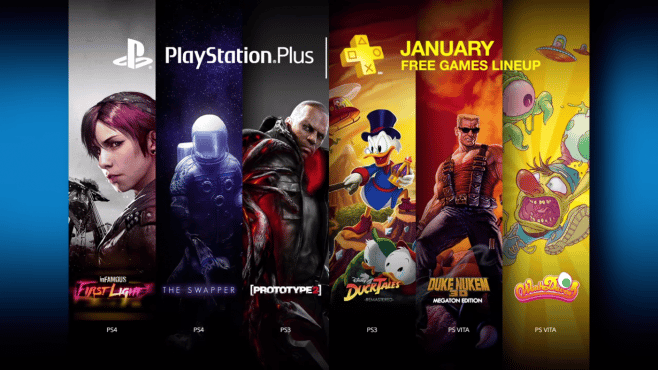 Look at this one then, a first-class freebie for the PS4 called InFAMOUS First Light, naturally people even bitched about this one.

Prototype 2 for the PS3 and Duke Nukem 3D for the Vita, an excellent month for all 3 formats. 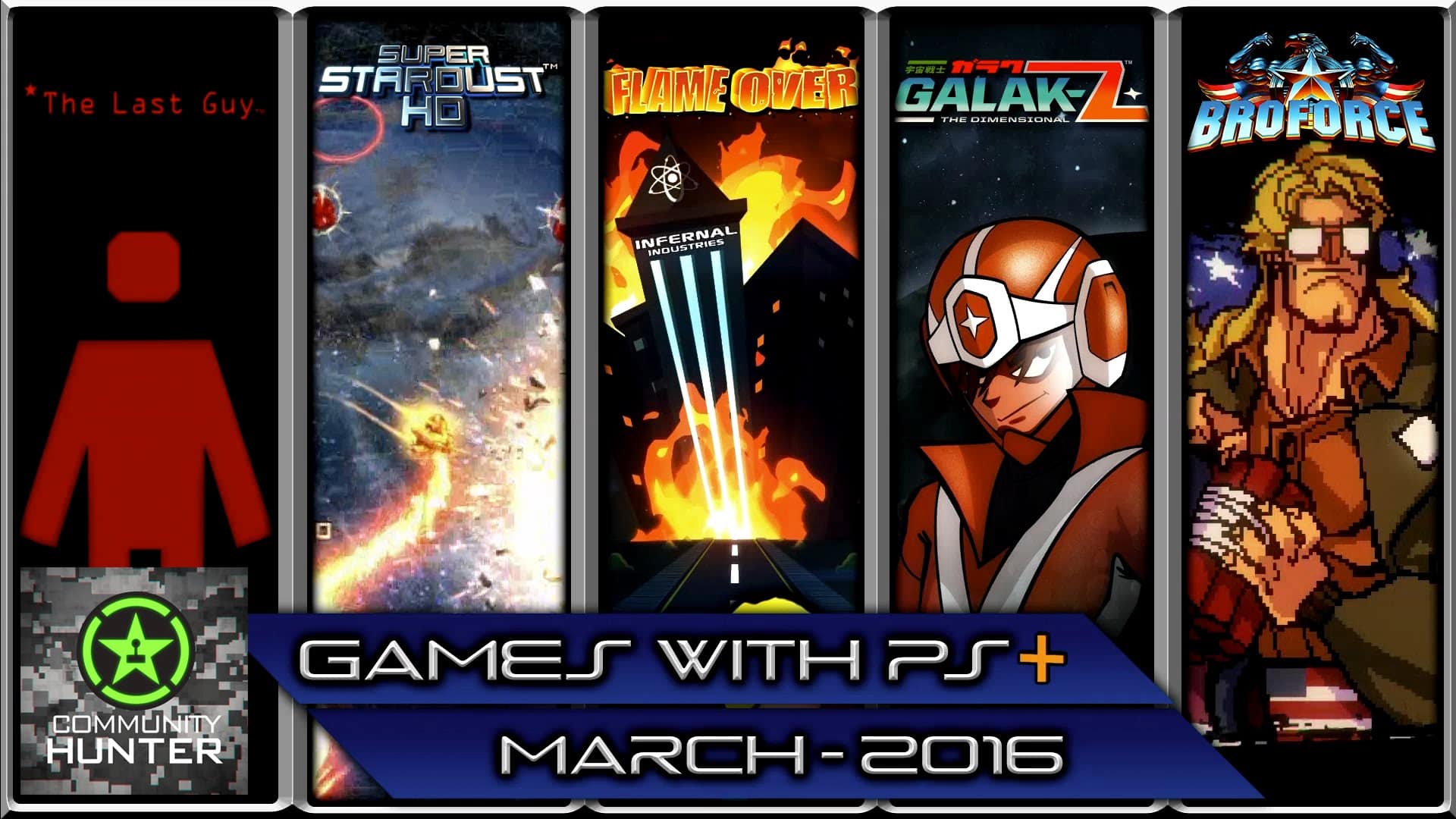 All of the games above might not look all that interesting but i can safely say that every one of them is way over par and titles like SSD HD, Broforce and The Last Guy are some very good games even though they’re Indie.

So what was my point with the article? , well, is PS+ all that bad? , you pay 40 English pounds a year and you get a ton of goodies each month and to even make it better you get a lot of good deals on games (new and old) that none PS+ owners get. 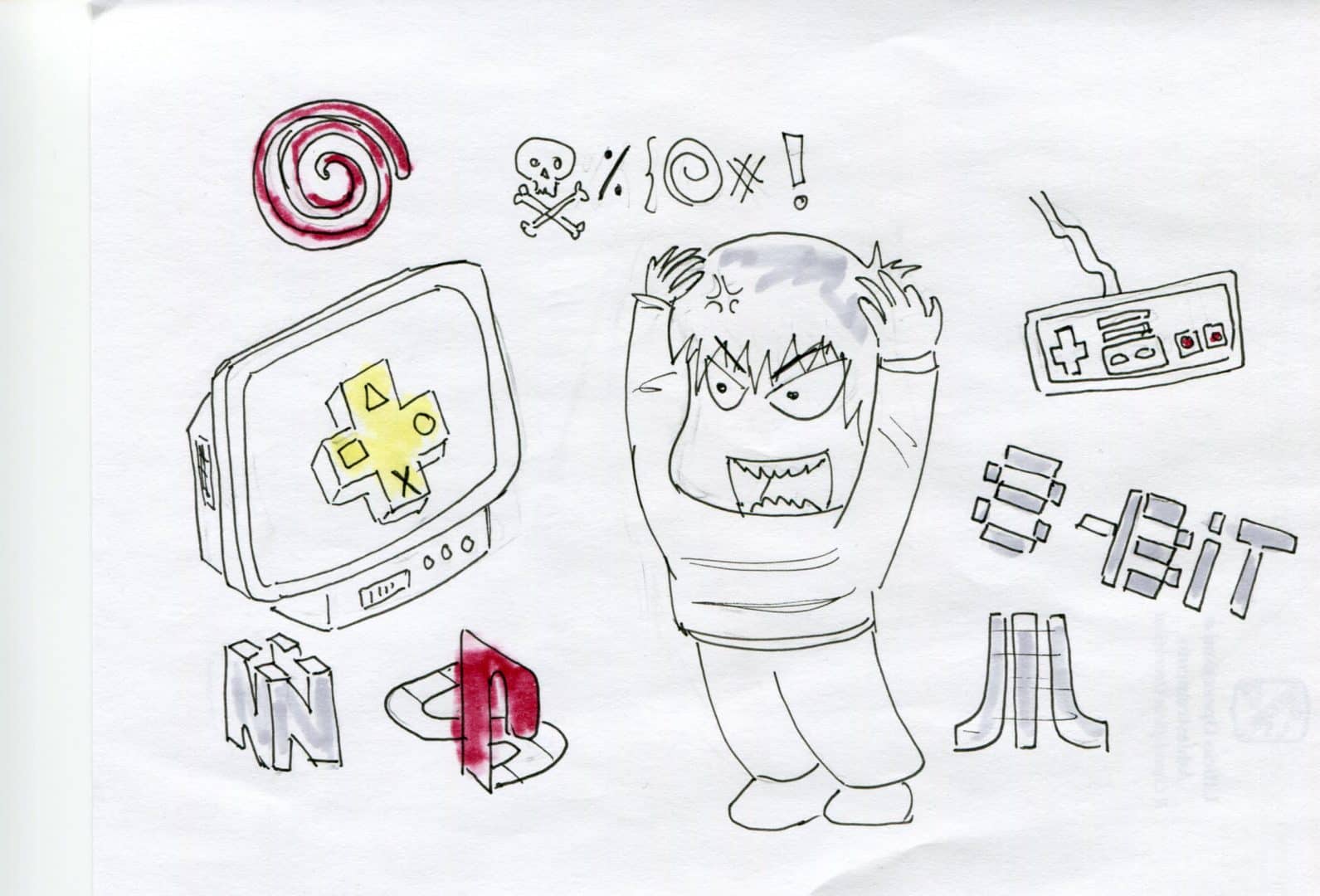 I would have to say, shut up and just go with the flow as some Indie games are awesome and worth your money (and then some) and most likely you won’t  get to try them without owning PS+.

Follow Us... Inspire Us To Get Better... Keep The Flame Alive
A Look At Amiga Racer Collectors Edition Signed,Time Well Spent And My CD32 Went Up In Value

3 thoughts on “What About PlayStation Plus?” 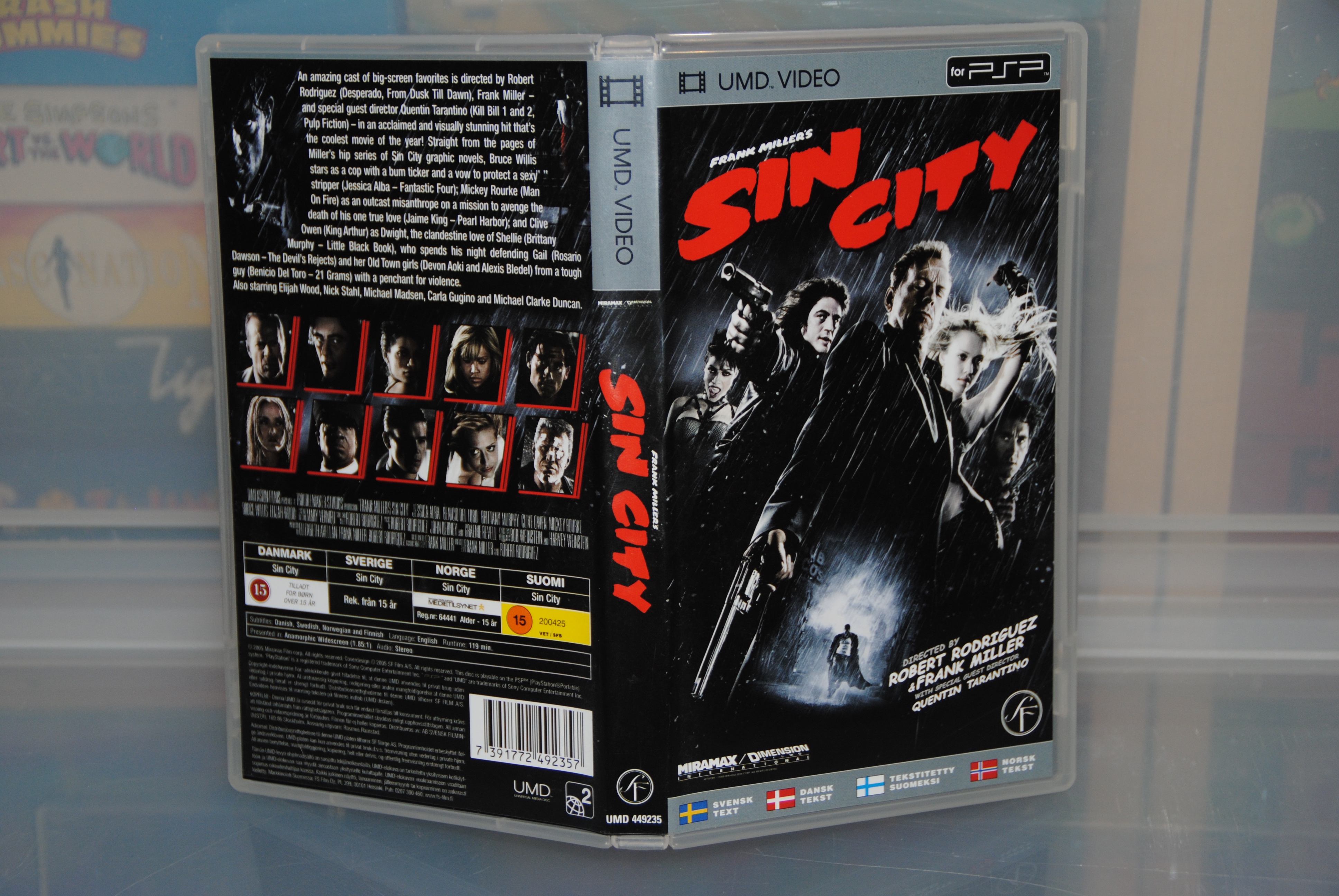