The Amiga market has been in constant flux for the last few years now and for a very good reason, we have seen an pretty much dead platform get woken up by large amounts of returning people and interestingly many have decided to actively develop new stuff for it too.

This has led to a lot of new software and hardware and maybe best of all is that the quality has been really good too.

The high quality of the products and the continuity of them has made a lot of people aware that the Amiga is somewhat back and more so, a “thing”, that has led bigger news sites out there to all of a sudden cover the Amiga again.

Long gone are all the broken promises of new cheap accelerators and whatnot, long gone are all the fighting about just everything possible ( especially on places like amiga.org and ann.lu, amiga-news etc (there’s one place that is still actively trying to destroy all that they can though). 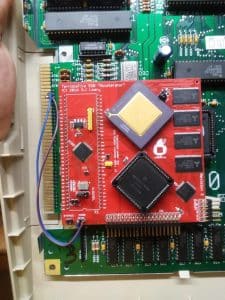 All of a sudden people seem to want to support Amiga developers again, sales have been rising for years and while in flux they all seem to be doing rather well if one compares them against each other and on the marketing, price, genre etc, everything seems very connected.

There are a lot of high profile titles in the making right now and several of them are Amiga exclusives too.

In 2021 alone there have been over 40(!) new game announcements, some have already been completed and released.

A lot of the new announcements is thanks to stuff like the Scorpion engine as that have inspired a lot of people to finally make a game of their own but never could get into programming etc.

The last few years have given us cheap Accelerators for our A500, A600, A1200 and even the CD32 and this is just the beginning as we see new announcements all the time for stuff like Terrible Fire, Warp cards, Vampires and stuff like the PIStorm etc, oh the Amiga Mini is another thing that is right around the corner too ( in highstreet shops nonetheless).

There are so many projects that some are bound to never get released for certain, but as always we should try our best to motivate the developers of both software and hardware whenever it is possible as on Amiga, everything matters.

For some reason, I feel this is just too good to be true?

Where is the Amiga going and are we going there too fast is the question I keep asking myself a lot lately, there are simply just too many things going on at this moment and a lot of them might not make it thanks to the actual state of the Amiga market and that we ain’t ready for it, or rather embrace it all and make sure all of the hardworking souls get all the credit they so rightfully deserve. 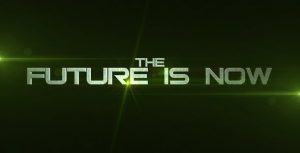 The help is on the way…

The incredible thing with tools like social media is that you can actually reach all of those inactive Amiga people out there and lead them back and best of all get them to support the market by either developing, creating, buying, supporting or whatever as yes, everything matters in order to rebuild the platform we all love so much.

Publishers and developers need to find ways to reach out to everyone and options is definitely the way to go if one wants to all in, the digital market is growing rapidly but at the same time one really should try and get the software out in physical form too, in order to reach the rather big collectors market out there.

While there is still a lot to be said about how things are run and if the developers function without publishers some even question the publishers we got today if they haven’t got the market strategy in place to get both the games out to the people and maybe most of all to reach all of the markets in a way that would lead to more sales without relying too much on word of mouth and fan blogs and indie sites that promote for fun and maybe most of all, for the love of being part of the rise of the Amiga market.

We have seen a growth in publishers and sadly they ain’t really talking to each other in terms of getting a standard model out there, not only for box sizes (which is a huge problem by the way) and such but also for things like where to put the Digital downloads and such to try and get the whole market into one location so the collectors, gamers and so on would impulse buy stuff while buying the stuff they wanted in the first place. 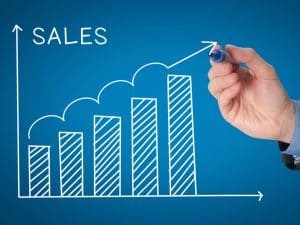 I can’t say this enough really, there are a lot of people out there that want stuff but are sort of waiting for something bigger before they open their wallets, this is sadly a very bad way to get developers and publishers to get motivated to do a huge title, most developers look and compare sales between them and basically has to evaluate if it is worth it to spend all of their free time on doing a game that might only sell a few hundred copies instead of maybe getting several hundred copies or even the magic number which is 1000 copies.

There are also people out there that says they won’t pay for PD software quality, sadly there are some of that out there but if you look at the last five years of Amiga game dev then you will also find top-notch and technically really good games that would have sold bucketloads if done at the right time (like in the early 90s).

What does PD software quality mean today though, most if not all software on Amiga is indie stuff and most of it is made by only a few people (sometimes only one person even) as a part-time project and maybe over a few years even, time that could have been spent with the family and such instead.

How do we get people to support all projects?

This is an impossible objective, games cost money and there are many Amiga users out there who ain’t got a lot of that, sad but true and this is why YOUR support means everything, your hard-earned cash which we know you could have used on something else instead but decided to spend on new Amiga software.

There ain’t many Amiga developers out there that believe that they can sell past 1000 copies (lifetime sales) but there are actually a few titles that are very close to that number now, and yes I am talking about Classic Amiga games that are even exclusive to the platform, I hope one day that the actual developers/publishers will reveal the numbers to the public but I can share with you guys that I have worked on 3 games the last few years that are very close to 1000 copies sold now, this is thanks to aggressive marketing and also the quality of the game itself or even the box production.

There are still quality games that struggle to hit 200 sold and other developers/publishers won’t take the risk so they produce only a limited number of boxes (like for instance Wiz which only had 40 big boxes made but sold hundreds upon hundreds of jewel case boxed editions).

What Can You Do To Help The Amiga Grow?

Well, first of all, be supportive towards all game, scene demos, app, hardware developments, these things matter a lot and most developers do this for fun. Bickering and noise on forums will in most cases demotivate them.

The second thing is to buy the software/download demos (if and when possible) of the product and most of all give feedback, this is far from as important as the point above as it is the negative attitude towards developers and products that hurt them in the long run.

The final one is to spread the word and share news on social media etc if and when possible, this will not only boost sales but also make people aware of the fact that Amiga is quite popular again and that we have seen like a hundred(!) new game and hardware releases the last few years.

Want More Software And Hardware For Your Amiga?

Well now you know what to do, be supportive and try to motivate people to stay.

9 thoughts on “What About The Amiga? – This Might Be Our Final Chance”