In the middle of the ’80ies Japanese artists, Tetsuo Hara and Buron Son created a new saga called “Hokuto no Ken” (Fist of the North Star).
Set in a post-nuclear war world and deeply inspired by movies like “Mad Max” (with Mel Gibson), the manga told the story of-of Ken from a young age throughout his journey to become the legitimate successor of “Hokuto Shinken” school of martial arts.

The manga became very soon an anime and had many installments on very different consoles (and even arcade cabinets – see picture below),

but it wasn’t until 2010 (when Tecmo Koei produced this PS3 title) that the manga got a proper conversion into a game. 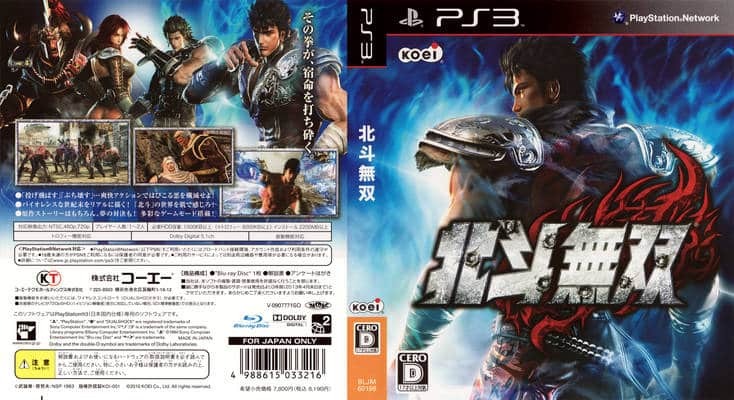 For those of you that aren’t familiar with the story, here is a brief resume:
young Kenshiro, together with other 3 stepbrothers (Jagi, Toki, and Raul), is adopted by the last “Hokuto Shinken” (Divine school of Hokuto) master in order to learn the martial art. The older master has no sons and needs to find a proper successor.
Although being the youngster and (initially) weaker, in time Ken will become the favorite one, the others being too wicked or too arrogant to deserve this supreme honor.
Of course, all of this is easier said than done, since during his journey Ken will lose his fiancè Yuria (or Julia), will get almost killed by Shin (who will carve the famous 7 stars on Ken’s chest), will have to fight hordes of colorful bandits and will finally have to kill all of his stepbrothers.
Up to this point, this looks like a pretty straightforward and already-seen story, which shares a common background with many movies of the ’80ies. The strong point here is that the assassination’s art of Hokuto is based on the exploitation of “Tsubos”, pressure points coming from acupressure technics of traditional Chinese medicine that, if properly stimulated, can heal or can kill you instantly, making your body explode from within (I wish I had known Hokuto Shinken when I was in junior high school … ). 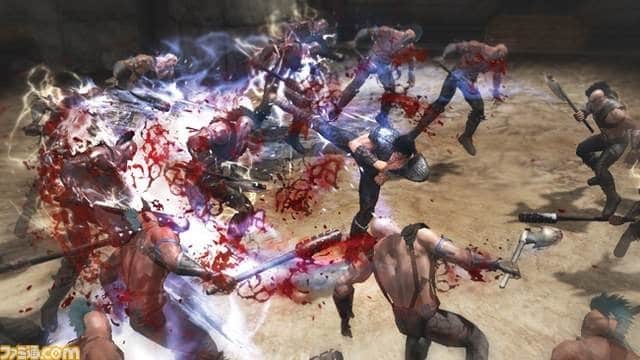 Koei-Tecmo crafted this game from the well-tested mechanics of “Dynasty Warriors” and it is probably for this reason that “Ken’s Rage” succeeds where all the previous titles have failed.
Don’t get me wrong, this game is far from perfection but I personally think that its strong points overweight its flaws, thus resulting in an (almost) excellent product for the fans of the manga (and anime, and OAVs …) but also in something accessible to “beat ’em up” lovers or casual gamers.
The game sports very different options: from “legend mode” in which you follow the original storyline, to “dream mode” where you can play “side stories” with other main characters, to “boss battle” in which you directly fight against a “boss” of your choice and so on. The game also has “capture-the-flag” modes which can be played in co-op with a vertical-split-screen option. 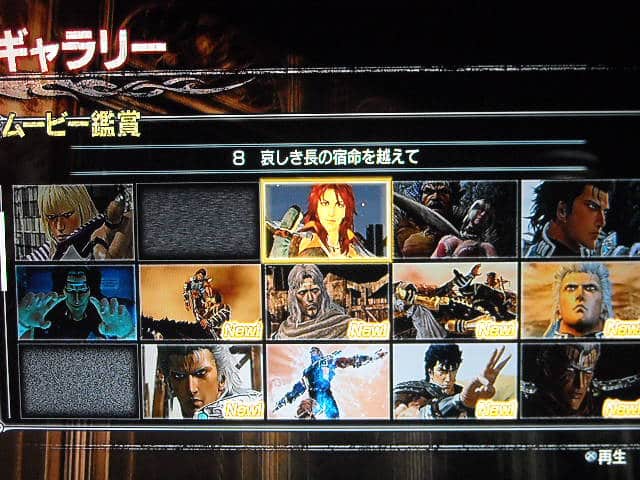 [Please note that I’m reviewing the original Japanese title so game mode translation may not be entirely accurate. Sadly, I speak no Japanese!]

Having said this, here is my personal opinion:
Story: 10/10. It strictly follows the manga’s storyline, which I love since I was a teenager;
Music: 8/10. The heavy metal soundtrack perfectly fits the mood of the game, although it tends to get a little repetitive in the long run;
Camera Control: 6/10. Moving the right analog stick forward will almost allow you to see the battleground directly from above (?!?) but the reverse movement won’t get you very high on the distant horizon. In other words, you won’t be able to take a proper look and to appreciate the background (collapsed building, falling monuments and such). On the other hand, there’s unfortunately not much to see here, the overall dullness of the environment being the major flaw. 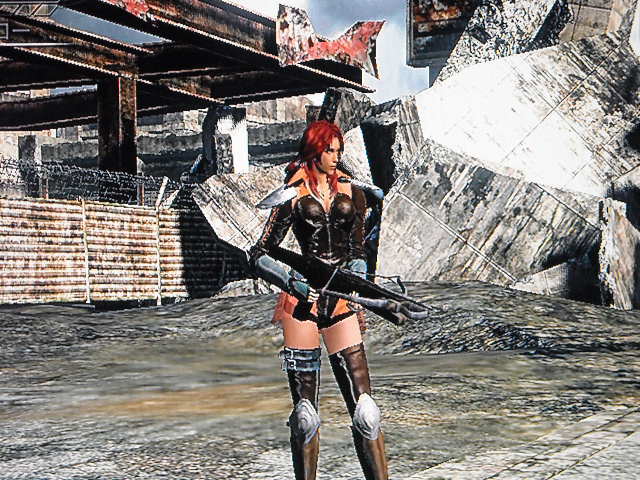 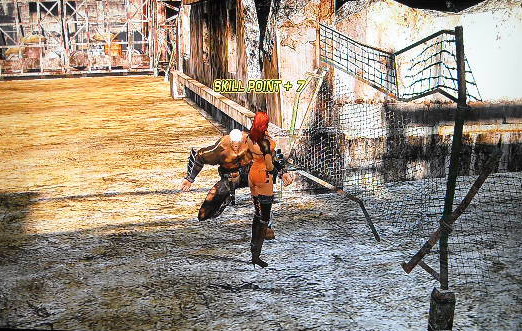 But if the annoying camera movement can generally be overcome, it becomes really painful during boss battles, since the camera will be automatically locked on the boss. Apparently, a well-thought initiative which became a severe handicap;
Button Mapping: 8/10. Not perfect (see my “Rant V2.0” on post#140) but it works fine for the most part;
Gameplay: 9/10. (a little less, if you’re not a fan …). You explore different environments, slashing hundreds of colorful enemies with proper combos and Ken’s mythical super moves until you get to boss battle.

I don’t know if I have sadistic tendencies but it is a joy to see your enemies exploding from within… It’s really up to you if you want to play using a “button-smashing” technique (it can be done) or want to take your time in learning which combo will better serve the situation, this latter case being very rewarding in the long run;
Graphics (backgrounds): 6,5/10. See “camera control”;
Graphics (characters): 10/10. OUTSTANDING! My manga-lover wildest dreams finally come true! It perfectly captures the mood and style of the entire Kenshiro’s saga.

Replay value: 7/10. (Add a couple of points here, if you are really addicted). There is a lot to do once finished the main story even though it’s no more than playing short side stories with different characters. For example, you can learn “Nanto” techniques with Rei, or fascinate yourself watching the beautiful Mamiya in action. 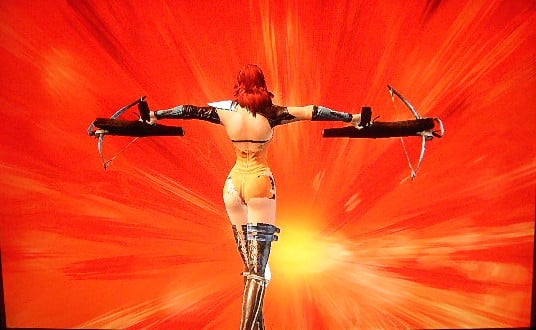 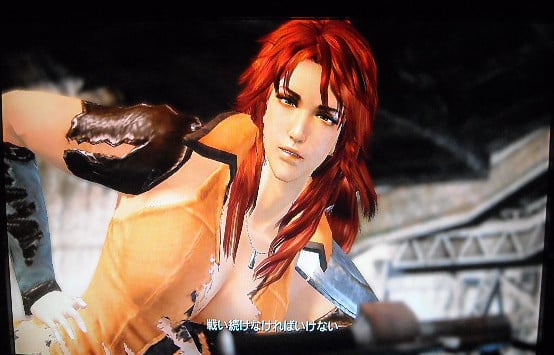 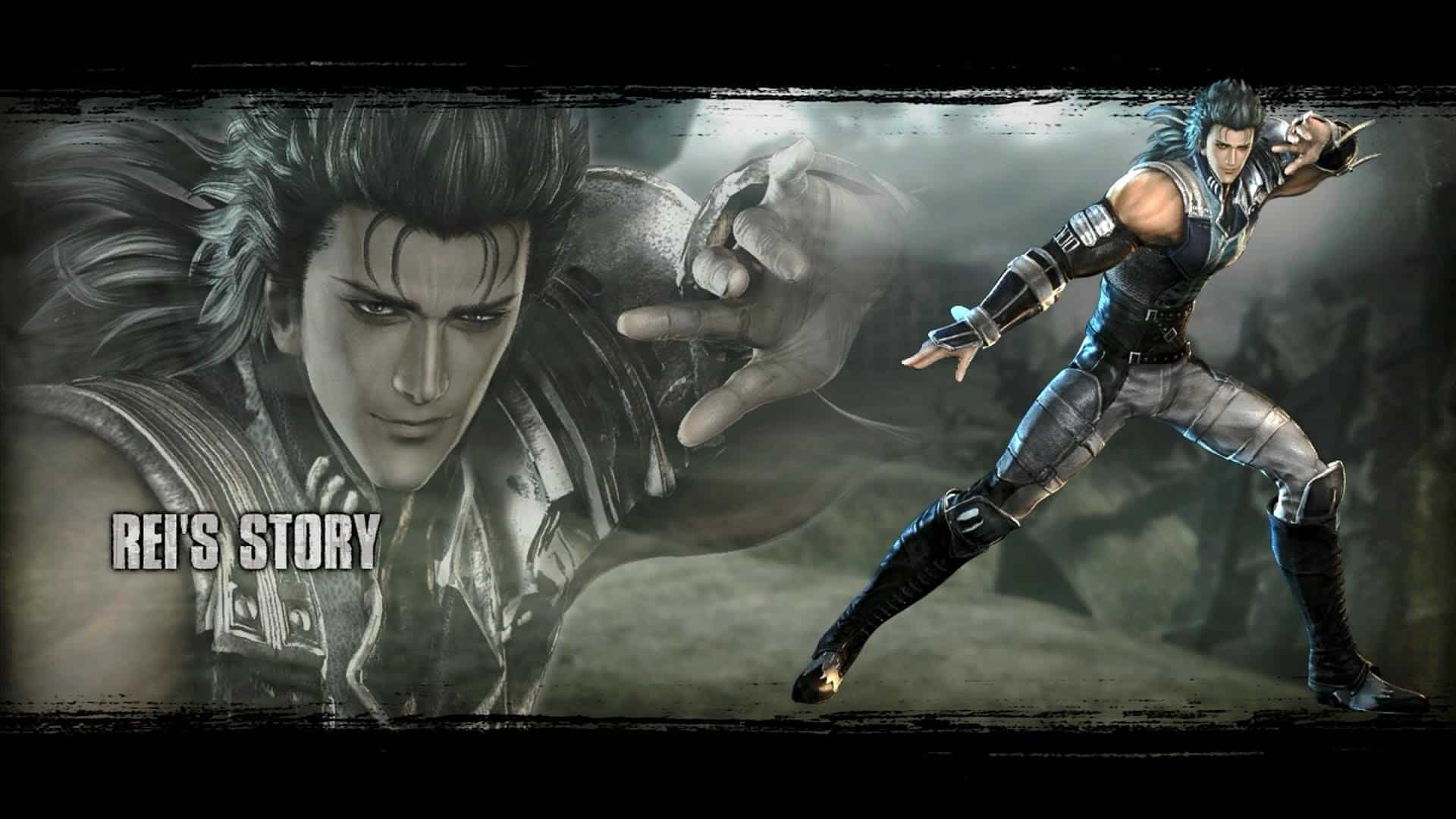 You can also try to collect “skill points” in order to power up and learn new devastating finishing moves, or you can share a local co-op campaign with your friends. 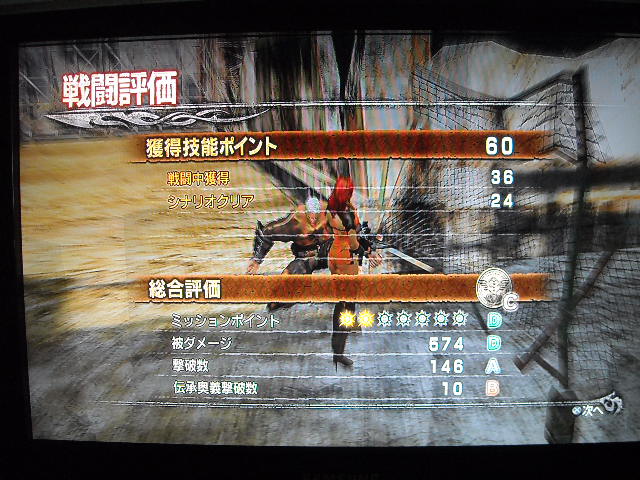 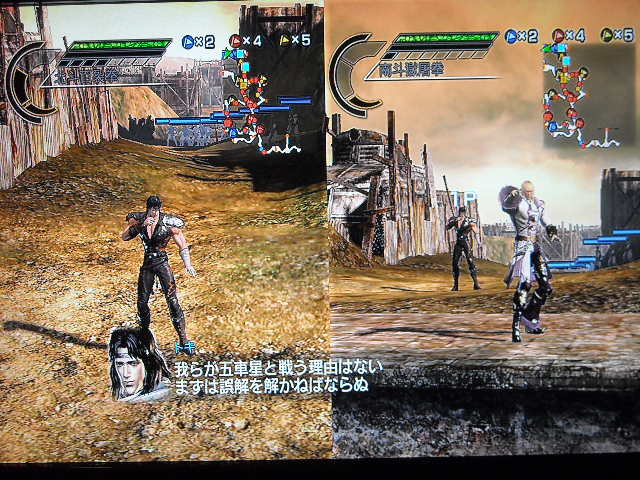 Just for the records, Tecmo recently published “Ken’s Rage 2”.Although presented in the western part of the planet as a sequel, the game is in truth no more than a reboot, his Japanese title being “Shin-Ken Musou” that means “New Ken’s Rage”.
I haven’t played the game yet, but from what I read I guess I never will since the new features just turn out to be the possibility of playing with minor characters and wear alternate outfits. The background graphics are worse than the original (if possible) and the gameplay is totally crippled by very short exploration phases and too frequent boss battles, tied in by arguably “manga style” static scenes (a kind of digital comic). The only good point here seems to be the collector’s edition gadgets including, among other features, a “super-deformed” Kenshiro USB pen drive. Sorry Tecmo, but this is not enough for me! 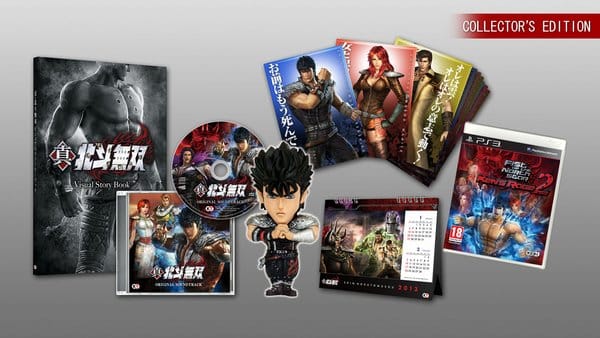 In the end, remember that “Hokuto Shinken is an assassination’s art. He who crosses his fists with me is doomed to certain death”.
OMAE WA MOU SHINDE IRU! (YOU ARE ALREADY DEAD!) 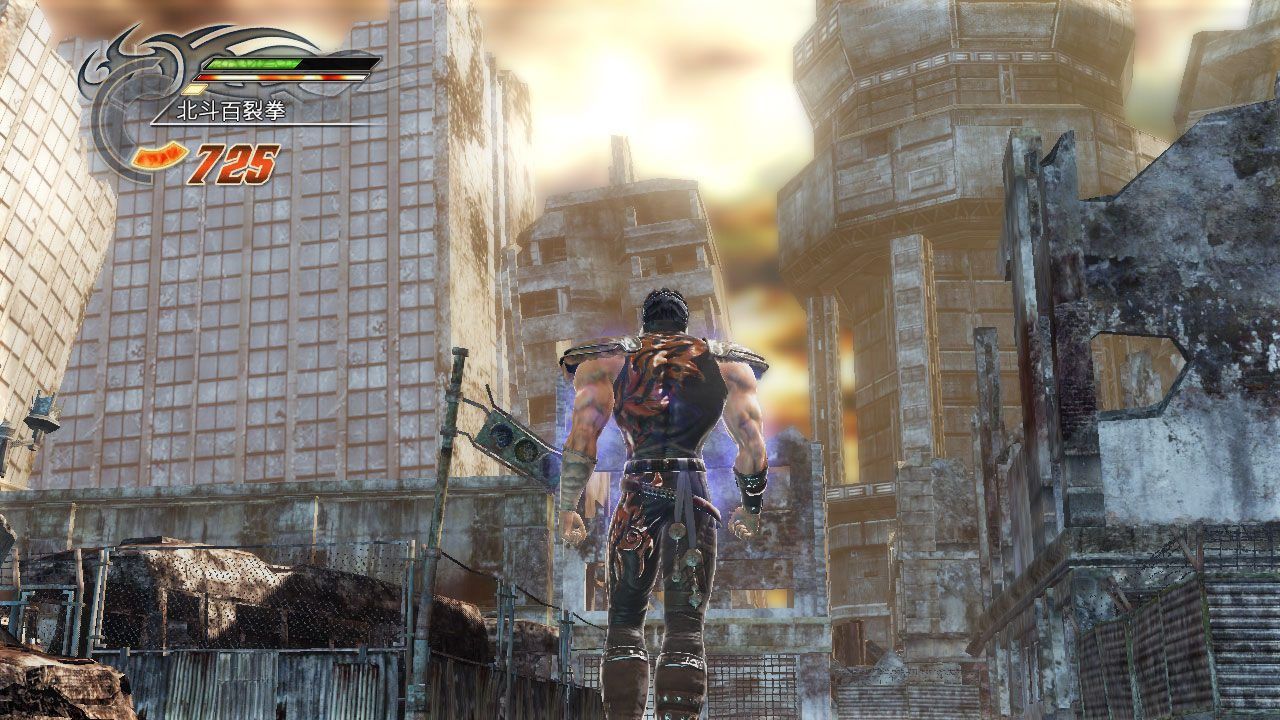