Have you ever wondered how an article on this blog sees the light? Sure, this is a gamer’s blog and articles comes from introducing an upcoming game or reviewing a fully explored title; also, this is a retro gaming blog and articles may come from retro stuff, mostly Amiga-related; finally, it is a fact that we are very passionate at what we do, so sometimes this blog host what we call “opinion pieces” or, less frequently, “rants”. To tell the truth, I tend to believe that our articles are actually driven from one single thing… DEVOTION!

To put it simply, we love what we do and inspiration may come from the smallest things. Here is an example: a few weeks ago I had the chance to attend one of the many cosplayer fairs that take place in the near vicinities.
A few editions of this fair have already been illustrated on this very pages but this time, while my son was strolling around in his newly acquired unicorn costume, I was fishing for retro games. I picked a title that was actually missing from my collection: a used copy of Air Combat by Namco, straight from 1995.

As a matter of fact, I bought my first PSX in 1997 and my first game of the series was Ace Combat 2. Namco had decided to change the name (Air Combat was actually the name of the coin-op version, made in 1992) but this arcade flight-sim saga immediately became my favourite. After the fair, I went back home and I immediately put the disk in the driver and, all of the sudden, I was back in mid-’90s. Even if I didn’t actually own a console in ’95 the feeling of those days was purely untouched. So there I was, grasping the original controller in my hands. That piece of equipment feels very different compared to a DualShock4: much lighter, with much fewer buttons (in a certain way), completely digital (no analogue sticks) and simply … unbalanced. The connection cable, fairly heavy compared to the controller itself and helped by Earth gravity, was pulling the device away from my hands. Automatically, my hands repeated a gesture that was a long time gone: roll up the cable on my fingers to increase the pull.

And so it started: I was flying high again, despite that “primitive” graphics where targets were simply red pixels on my little radar and distant enemy aircraft appeared on my HUD just like a bunch of black lines.
Seen with today’s eyes that stuff may look a little odd, so where is the magic? What is the meaning of this article?

It is actually really simple: I love and admire the way old programmers used to make their games. Developing stuff for a closed system can be a blessing and a curse at the same time: it is a relief since you don’t have to balance your code taking in account a myriad of different Operating Systems and configurations, but the limitations posed by an unexpandable device can really hamper your vision for future projects.

Nonetheless, Namco coders always did an awesome job in pushing the hardware beyond its limits and the results are self-explanatory: every single game of the saga improved under every single aspect, were the graphics part was just the most evident, albeit not necessarily the most important. New crunching algorithms and optimization techniques were developed so that the last game, Ace Combat 3 (1999, see pictures below), almost seemed to belong to a superior hardware. 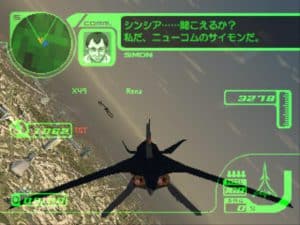 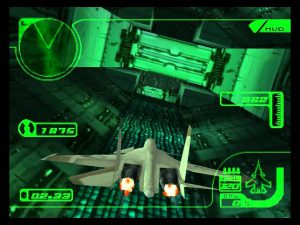 The same is true also for other Namco games: Tekken showed even better results, with Tekken 3 virtually identical to the coin-op version.

Ridge Racer, another smash hit of the ’90s, was the title that together with Tekken helped the PSX to gain a consistent part of the market and, even though Namco titles are not that frequent nowadays on top of the charts, the partnership between this Japanese software house and Sony PlayStation is still alive and kicking (as a matter of fact, I can’t wait for Ace Combat 7 to come out).

As said at the beginning, here is how sometimes articles come into our minds. I hope you liked it and, if that is the case, I’ll try to post more of them in the next future. A thorough discussion on pros and cons of developing on a console rather than a PC is of course well beyond the scope of this article, which was meant just to show you our love and affection for these little-colored boxes that, since 1995, are making our life a little brighter.