Enemy 2 was originally released as a download-only title back in 2013, but for some reason, the developer decided to do a Collectors Edition re-release last year.

The Collectors edition is a big box “retail” version of the original 2013 title, nothing extra here except for what collectors like, which is cardboard and plastic!. 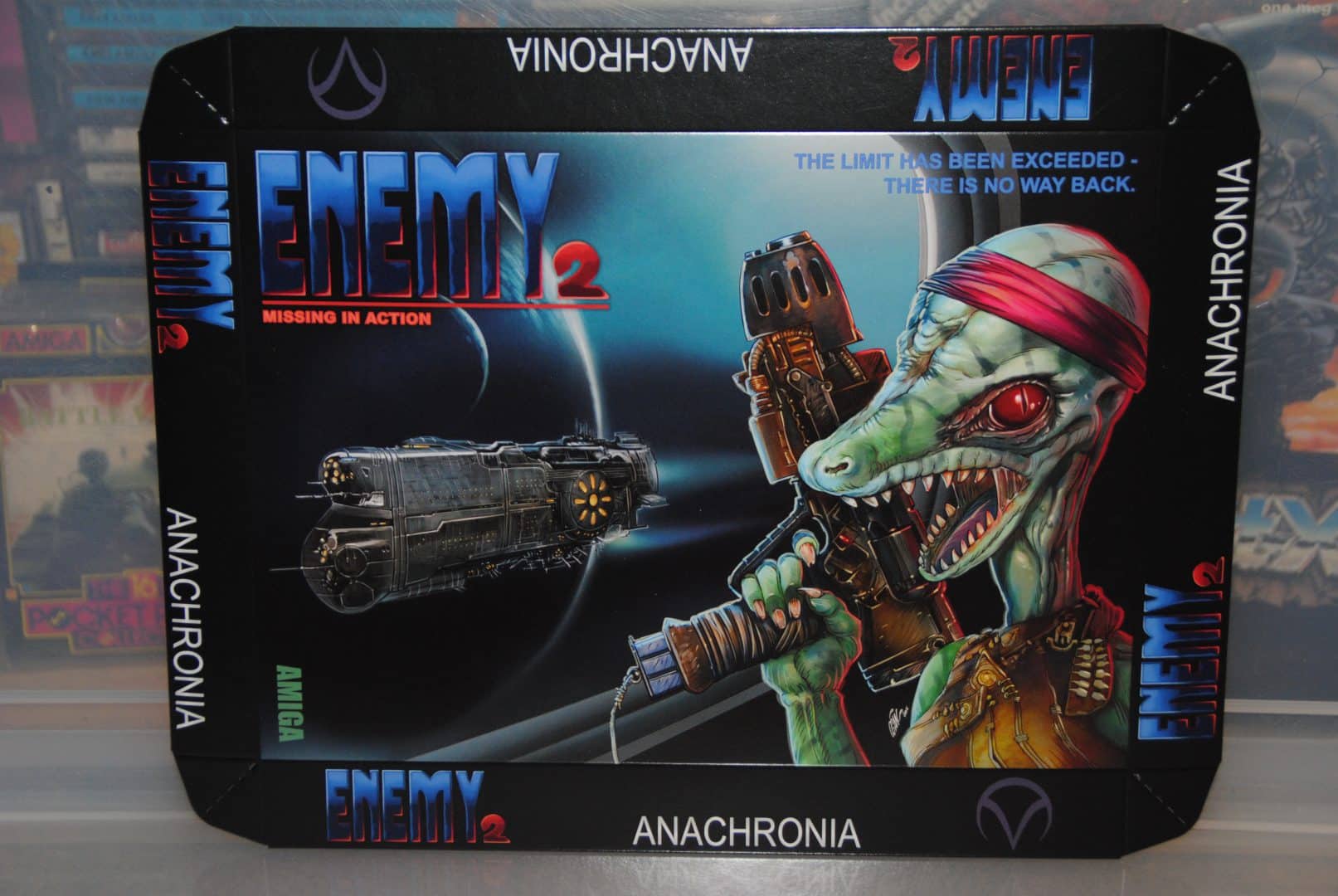 The big box version was actually mentioned several years ago but like i mentioned a while back is that i had totally forgotten all about it.

Anyways, the big box version of the game is finally here (mid-December 2016), and i have to say it right away, it looks great!.

The game is sent out in a quite strange way, its flat and you have to “fold” it together yourself to turn it into a proper box.  The reason for this is the price of course, and to be honest, it was totally ok by me, it is the IKEA way. 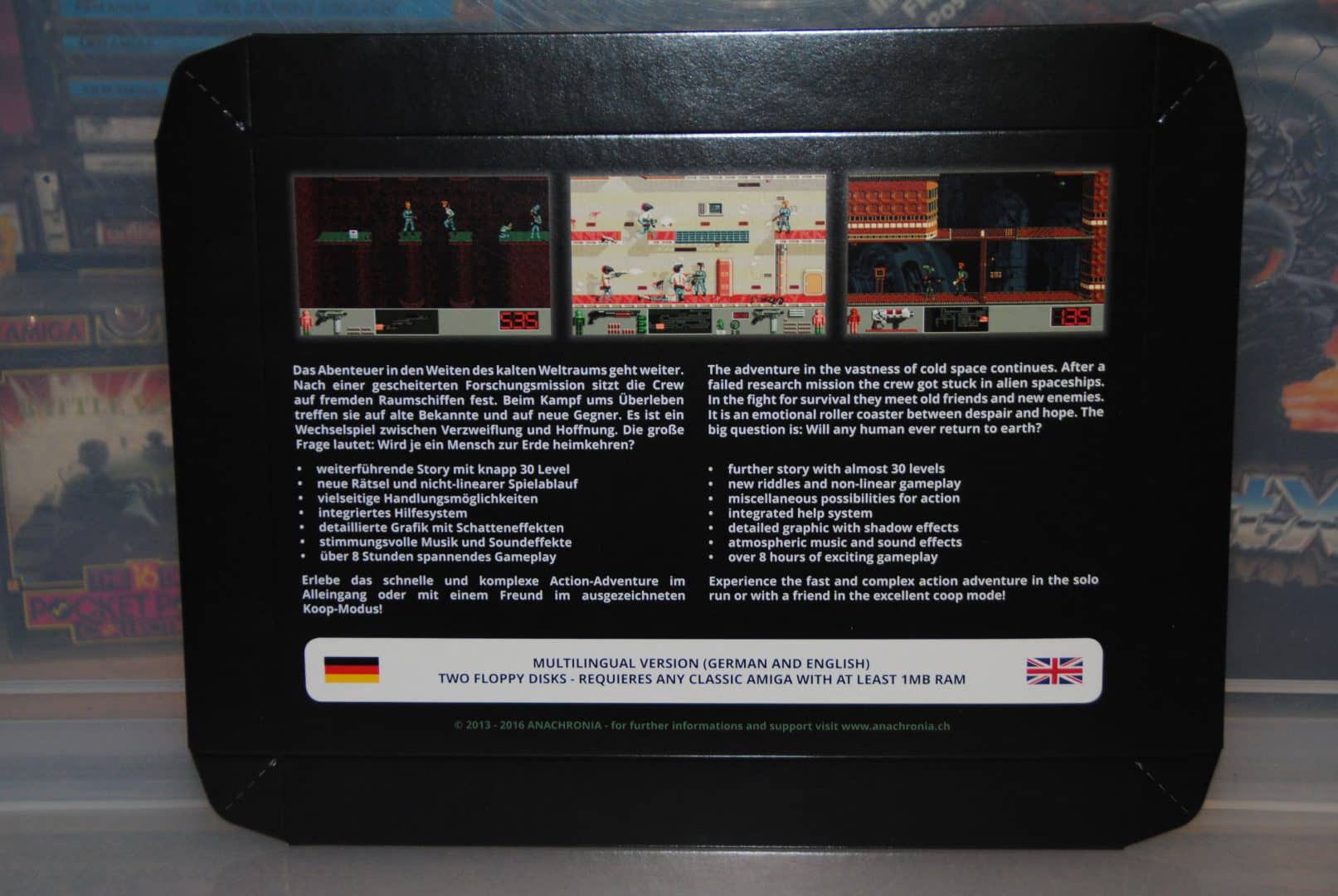 The backside of the box also looks good, no quick edits needed here. This is the box before it is turned into a box, if you want to see a picture of it in a folded state then you can scroll down a bit and see there.

The print and paper quality used for the box is surprisingly good, i have to admit that i expected it to be more ” cheapish ” than this. 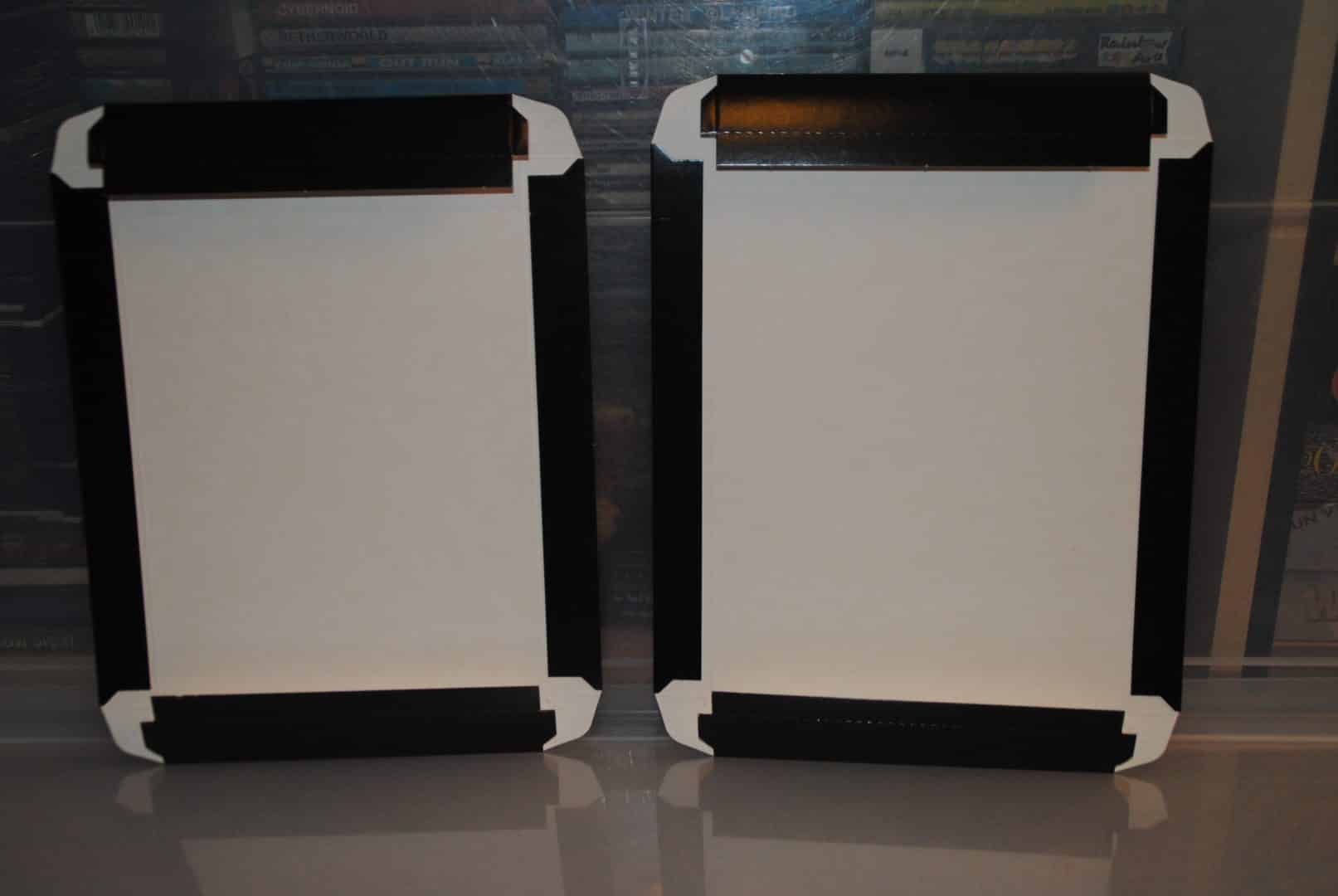 There’s actually a website for how to fold these boxes, full step by step description, and to be honest, i had to take a look at the site too, I had to be sure that i didn’t screw the box up by folding it wrong.

I have a feeling that a wrongfully folded box would look really horrible, and while i have a spare box i do not want to go that route even if only to get more hits/visits on this website/blog of mine. 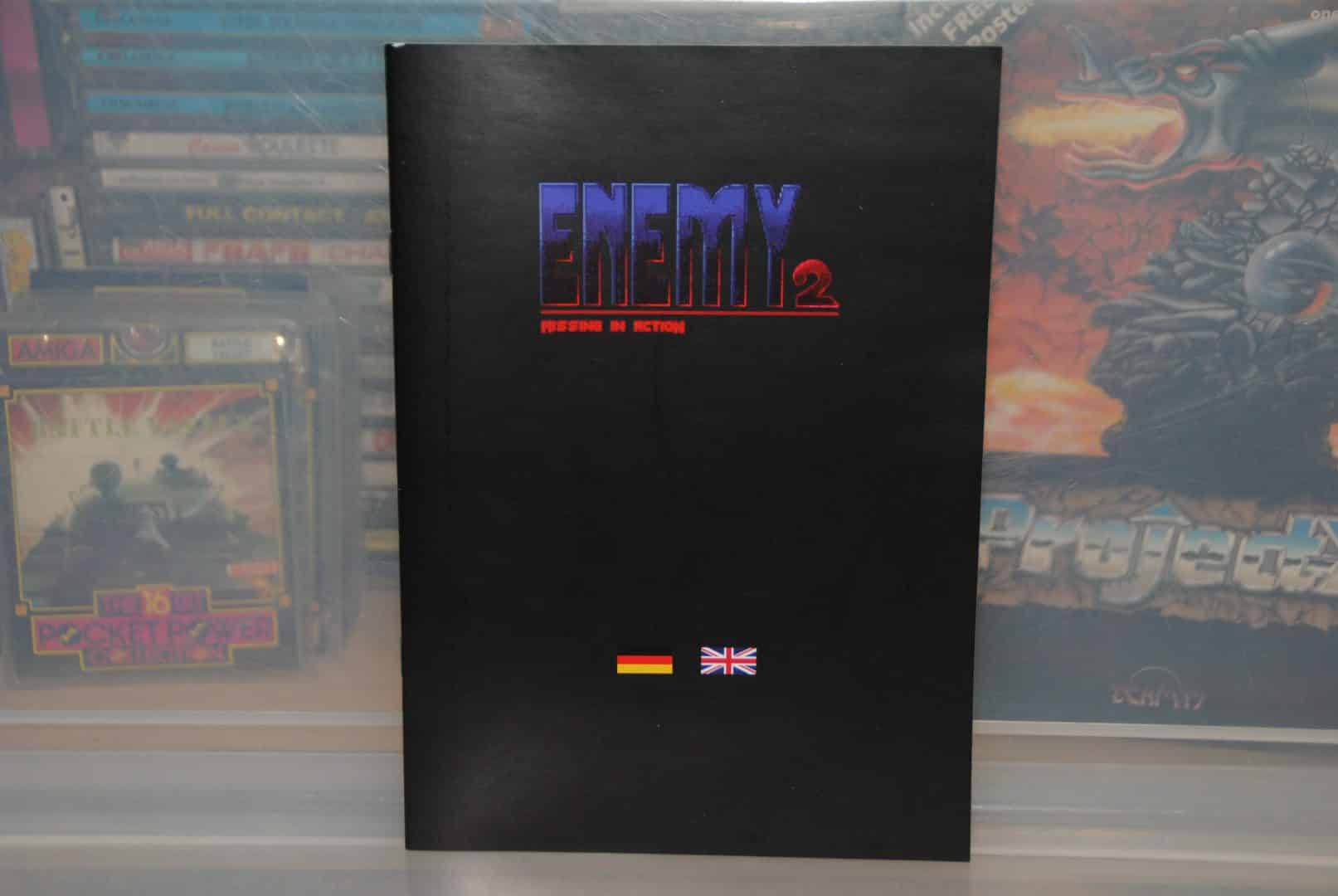 The manual that comes with the game is surprisingly good, perfect colours and the glossy look makes it much better than most Amiga releases the last few years if not more. 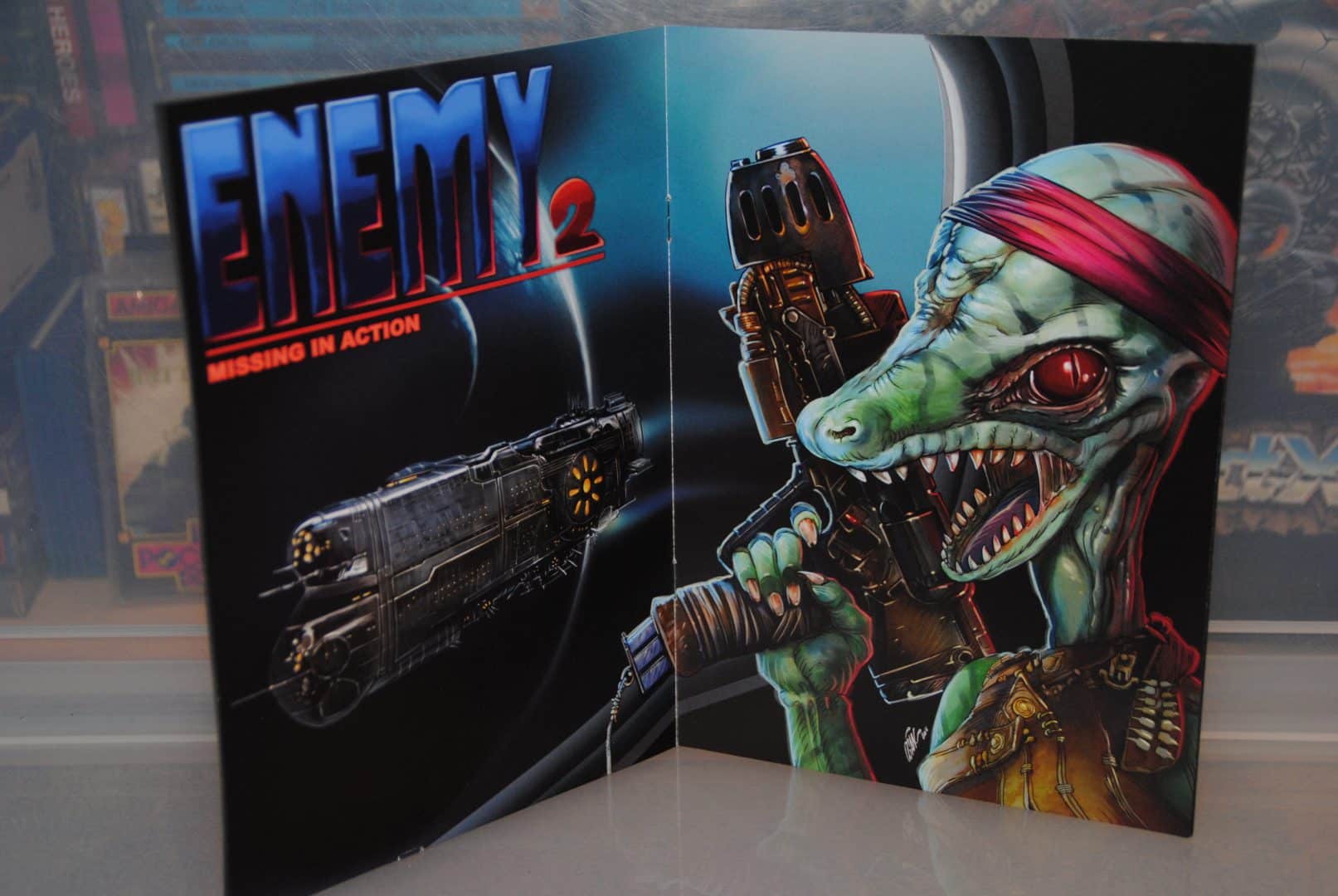 A small A4 poster is included in the manual, it is the same picture as the front of the game box and i can safely say that I’d happily put this up on my wall back in the day… you know before i had all walls taken by bookshelves with thousands of games in them. 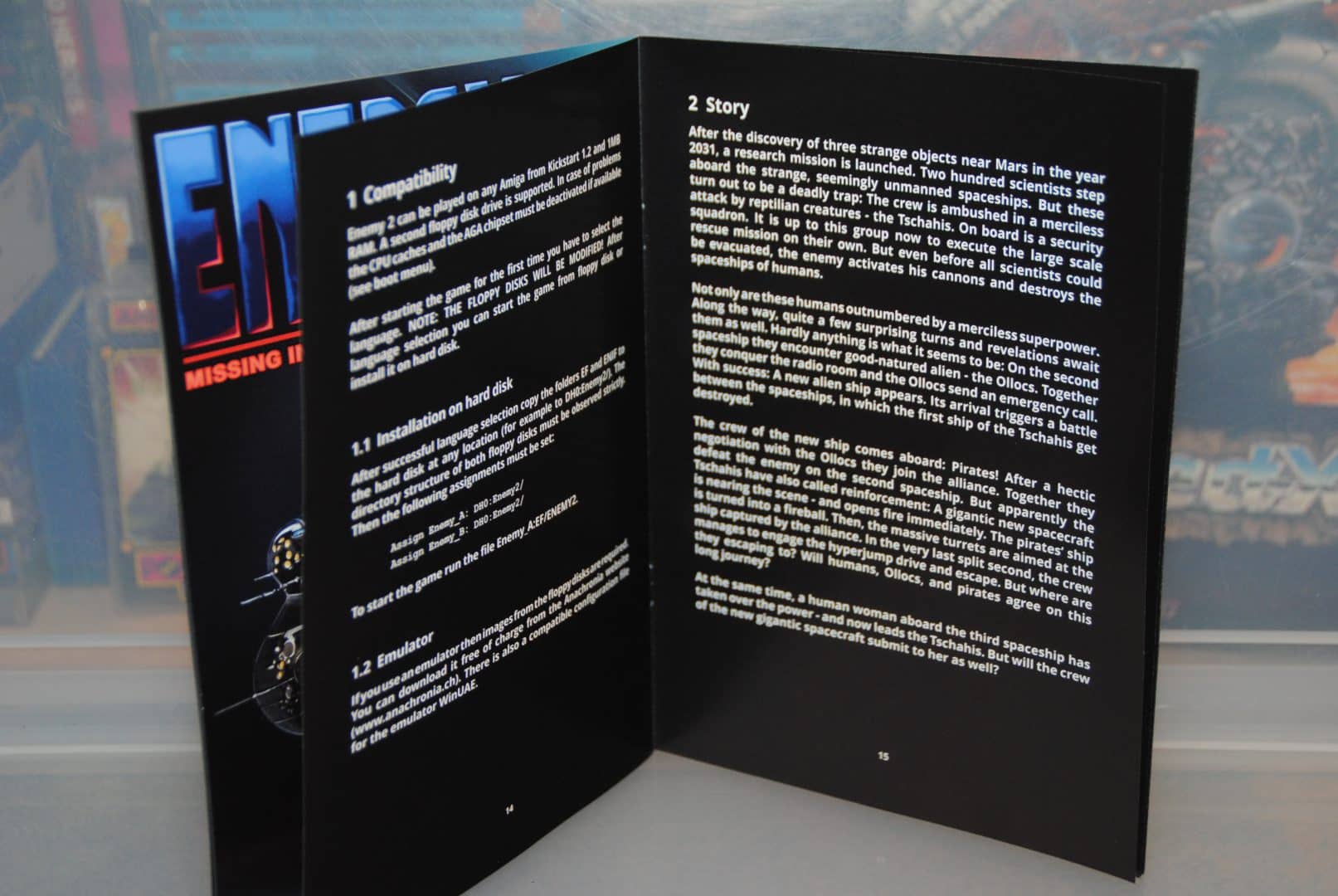 The manual also got the story for the game printed in it, nice little story and well worth a read for the fans out there. 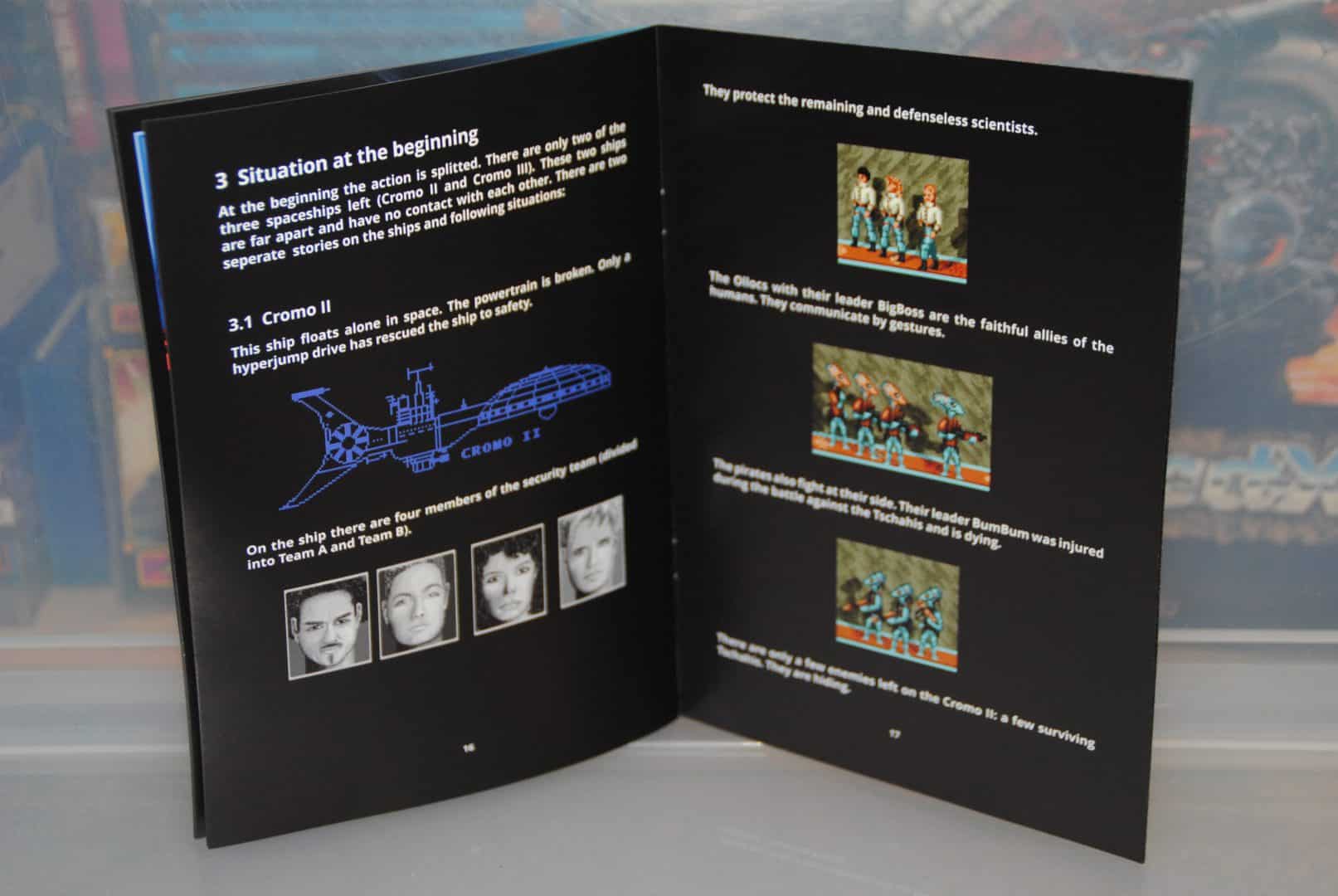 A little explanation behind everything is also taking up quite a few pages, the manual is well made and easy enough to understand, the game though is hard and quite a road down the “confusion” street for me, i like the game but i struggle to get past the “hmm, what to do now feeling every time i get stuck/overwhelmed”. 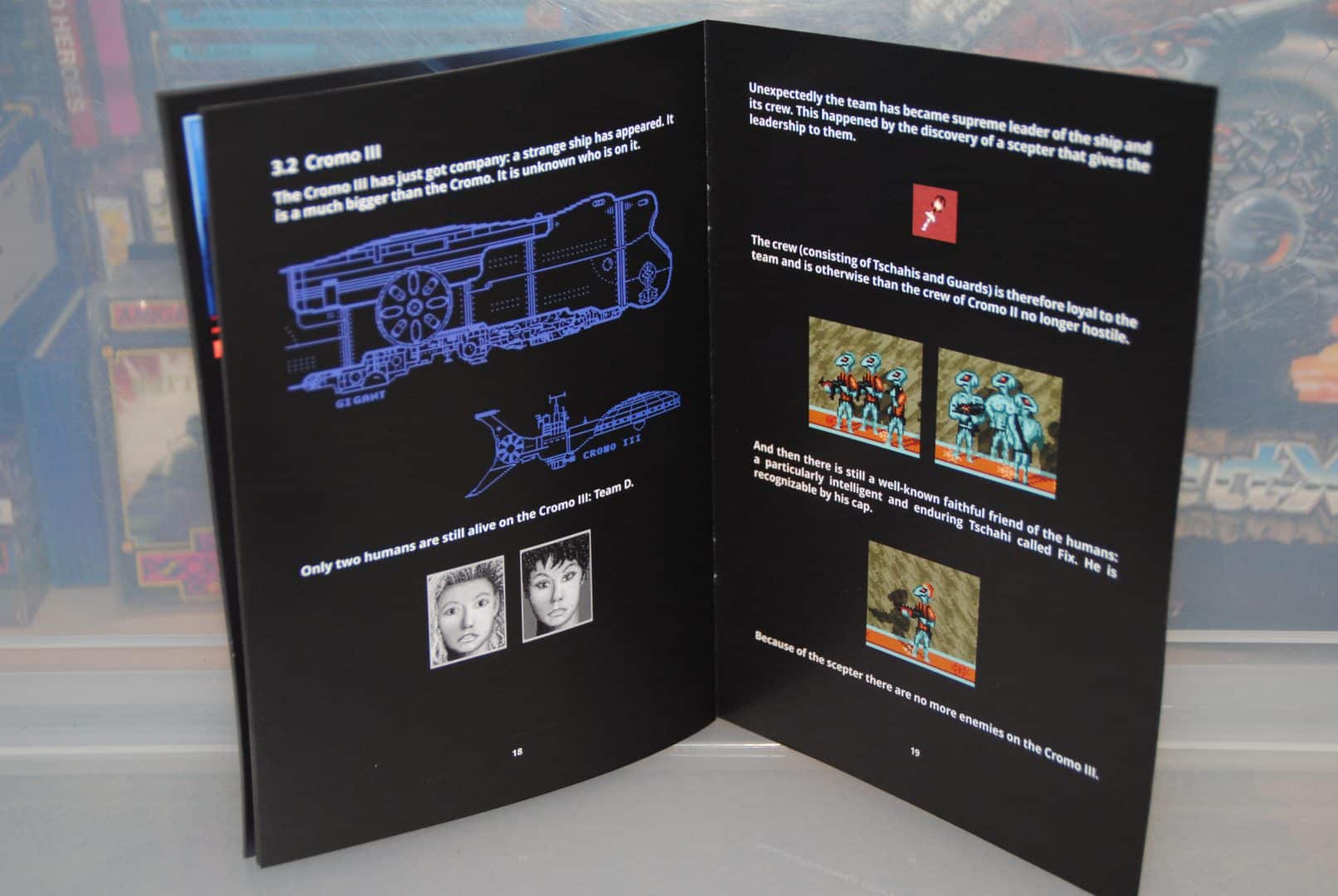 So yes, if you want to play this game then pay good attention to the manual and try and understand the mechanics to enjoy the game fully. 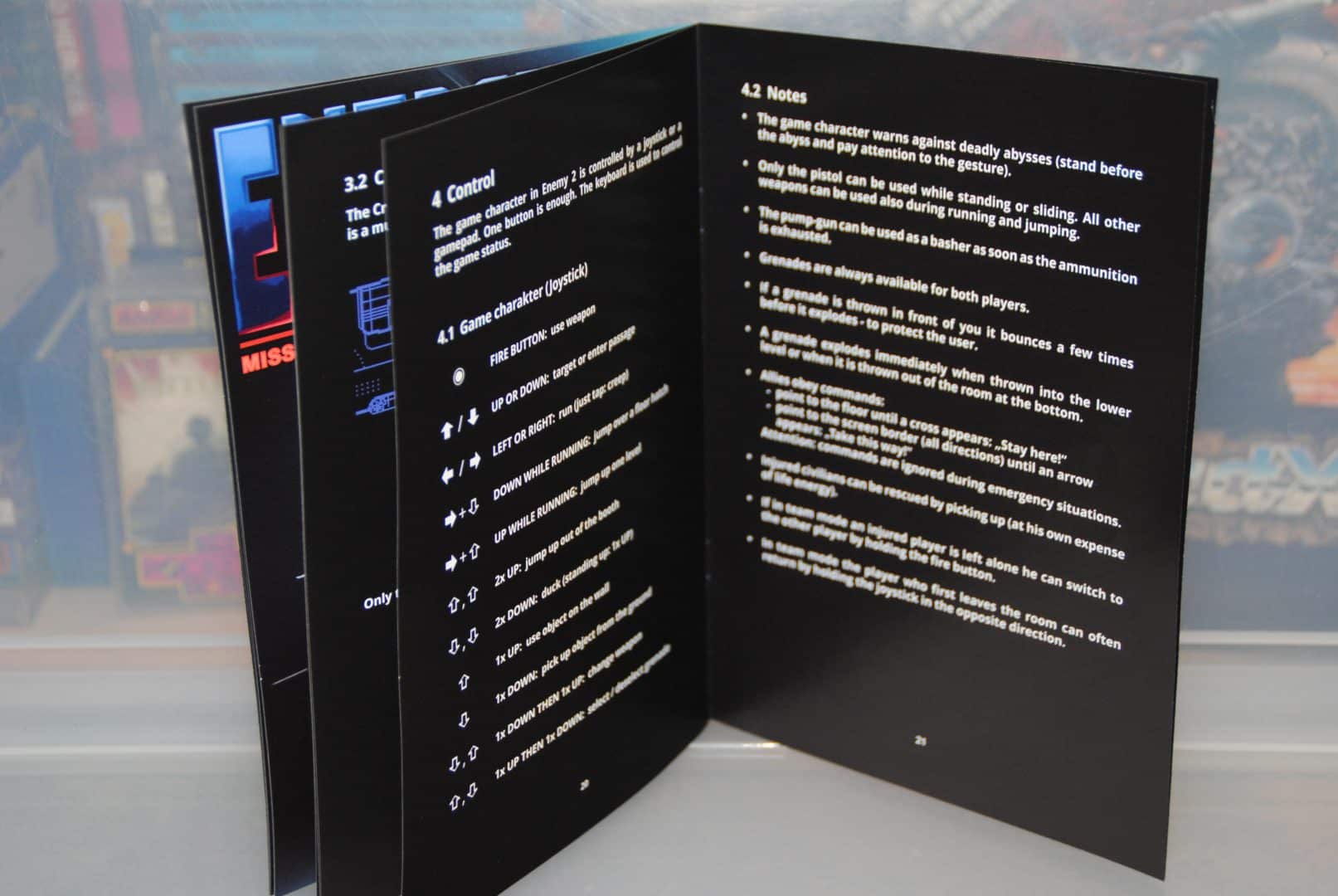 Yes, more stuff and this is about the endless of buttons used in the game, it is not bad really but a bit overwhelming for most people who just wanted a quick action platformer shooter, yes this is how i interpret the pictures on the web.

The game is not stunning looking, but there’s a certain charm to it and in many places a huge jump from the first game, sadly i wish i could get more into UAE on both the IndieGO! and the on the A1 just to do videos and screenshots myself instead of relying on HALL OF LIGHT all the time.

Here you can see both my copies of the game, one folded and ready, other not. 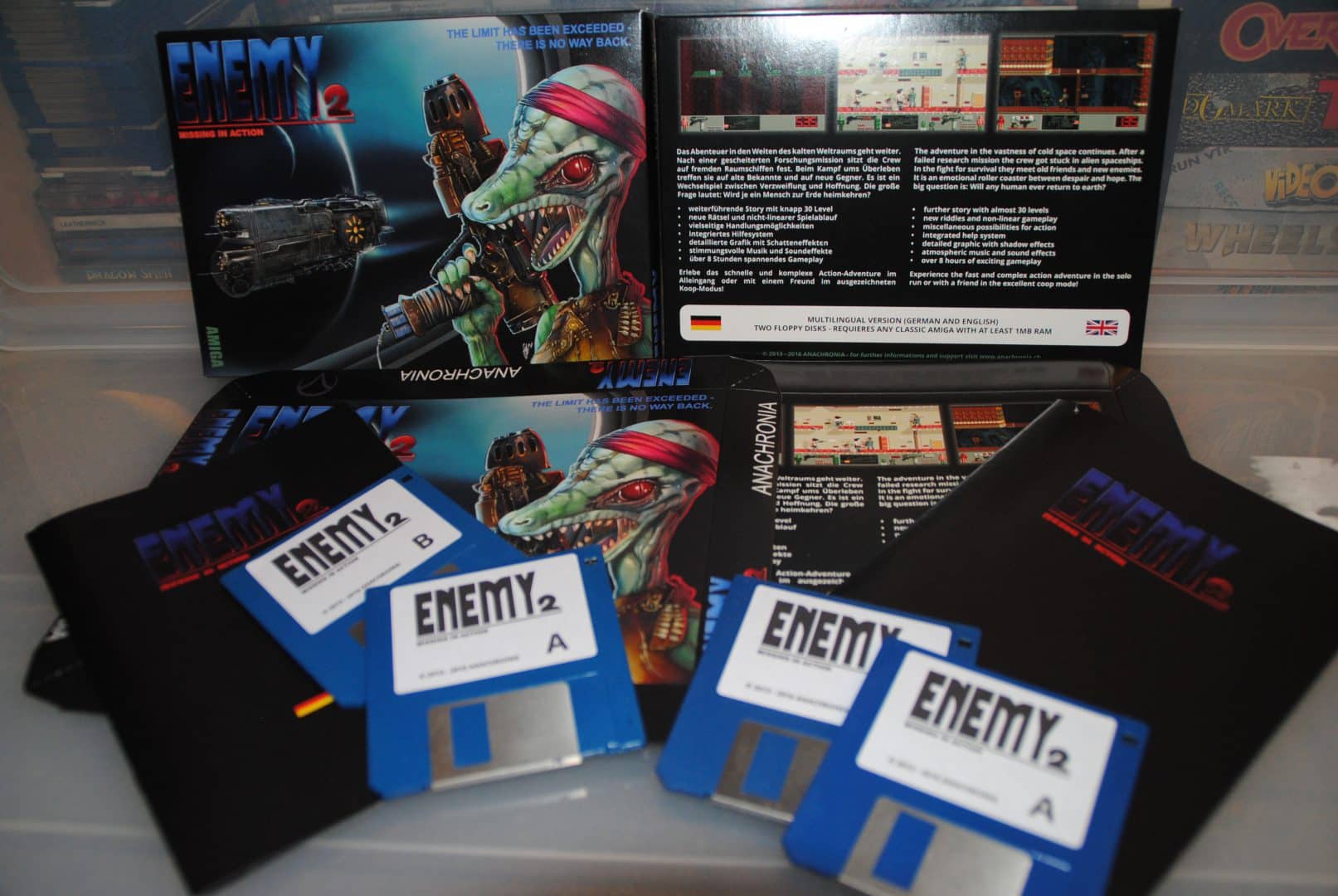 A really good looking box /set if you ask me, it is flashy enough to make most collectors happy, but also quite subtle at the same time. 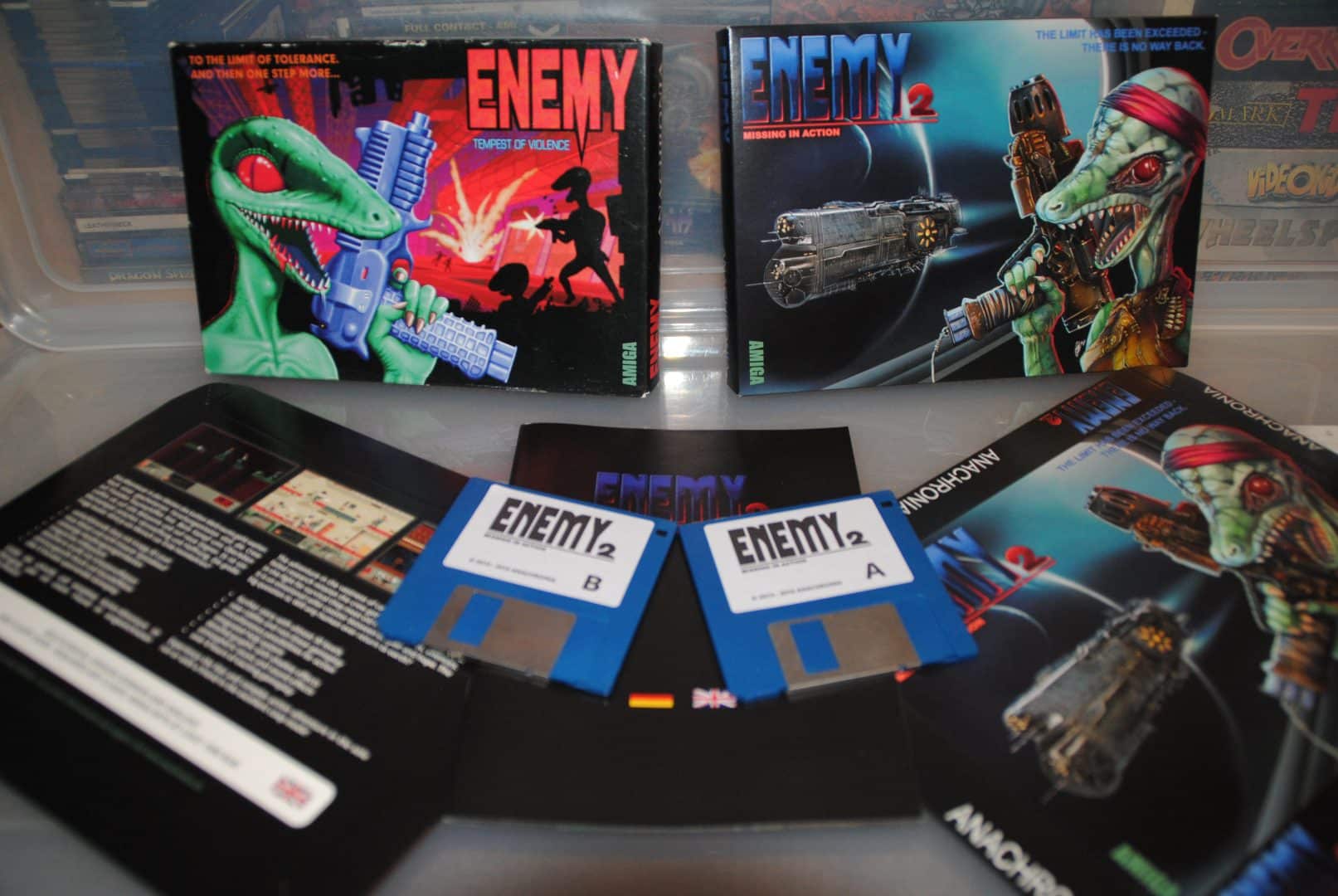 Here is a reference shot of the first and second game, Enemy came out in 1997 and a much-overlooked game by both the media and gamer’s out there.

The box for Enemy 2 is clearly copying the original, very cool design on both of them and they complete each other in terms of visual /artistic design, if i had the space for proper display boxes/cabinets then i would most definitely line em up like above.

So what is my final verdict on the box then? well, as i said earlier i never “paid” for these boxes, i just donated towards the original download release back in 2013 so all in all this was a very good deal and a huge surprise. Lovely crafted box with a surprisingly high-quality manual, proper floppy disks are also included unlike so many other games today which goes the easy way of including a CD with .adf files on it.

The Collectors Edition is cheap and in limited quantity so if you want it then you need to hurry up and get right away. You can order it from here, but i guess other places stock it too.

2 thoughts on “A Look At: ENEMY 2: Missing In Action Collectors Edition”