Ever heard about Laserdisc arcade games? , well one of the most known ones has to be Dragon’s Lair or maybe Mad Dog Mccree. Many of these Laserdisc arcade machines had an Amiga in them together with a genlock and a Laserdisc player. 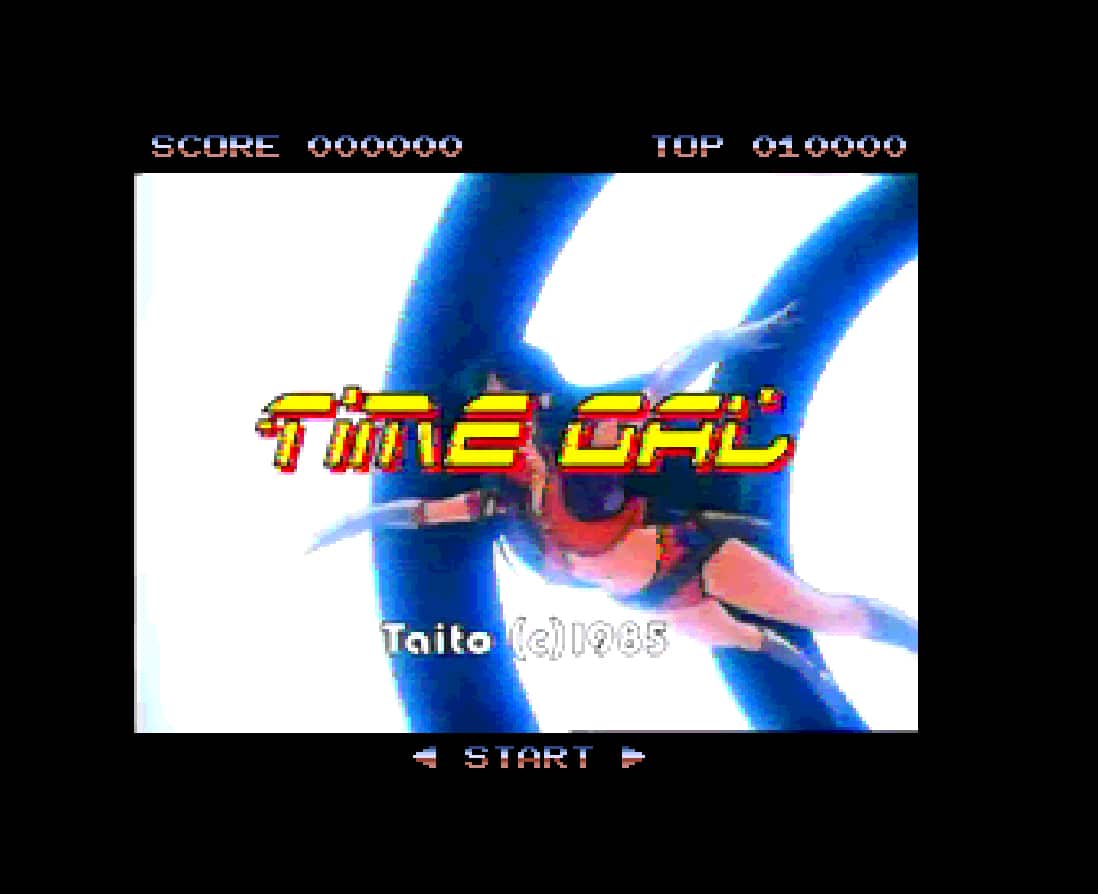 The gameplay mostly consisted of a Full Motion Movie and a simplistic overlay like a crosshair or some quick time events arrows which indicated which way to move the joystick or in some cases a button to be pressed. 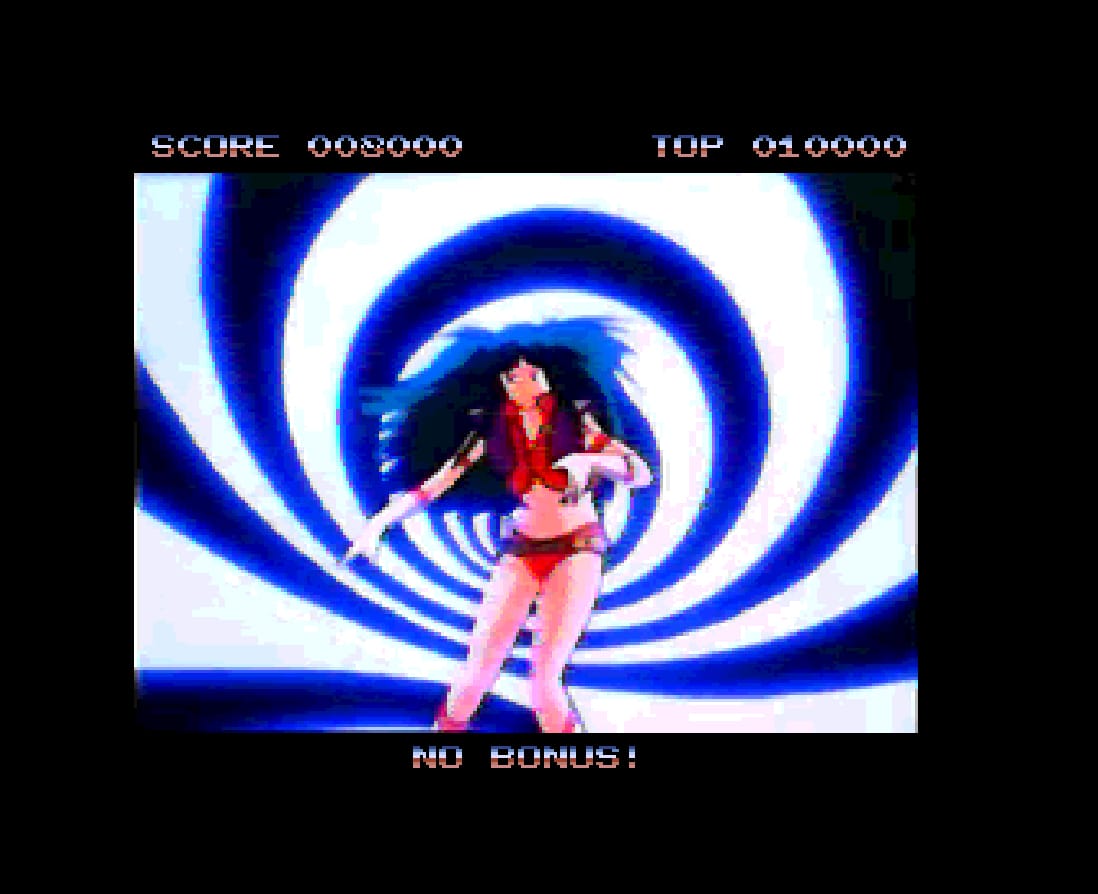 The main sell for all these FMV games, in general, was the graphics/video quality and to be quite frank here i can say that some of the oldest FMV looks absolutely brilliant for its time, and many of them even stood the test of time too.

TIME GAL is no exception here really, it looks darn good even by today’s standards, the art direction is gobsmacking. 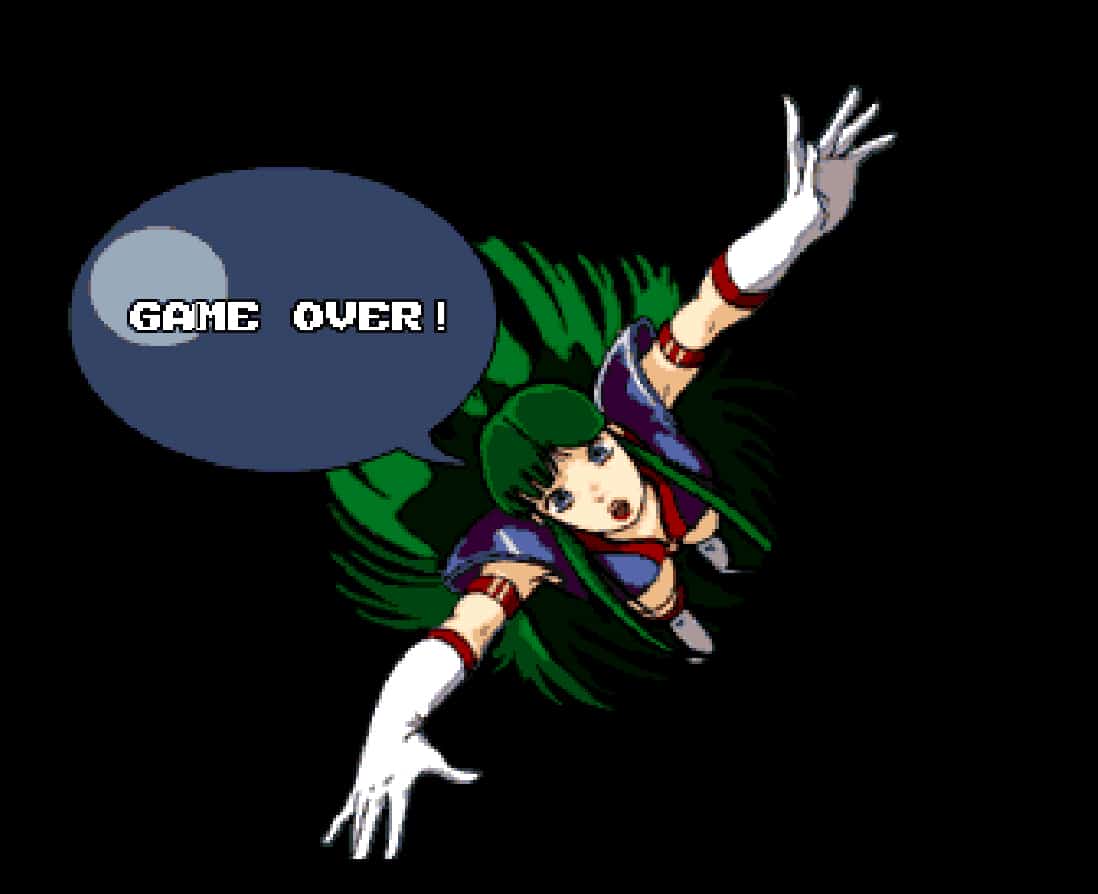 Sadly, FMV games, in general, had awful gameplay and mechanics which meant that there was not much more in the games than just a money grab and one of those typical arcade games that you remember being better than it really was.

It was almost like if you paid to watch the Game over screen, hell the developers even saw that happening as early as with the first game that they added like unique death sequences and animations for every scene in the game.

In my opinion, FMV games are best played by dying a lot and in some cases with an infinite amount of lives. 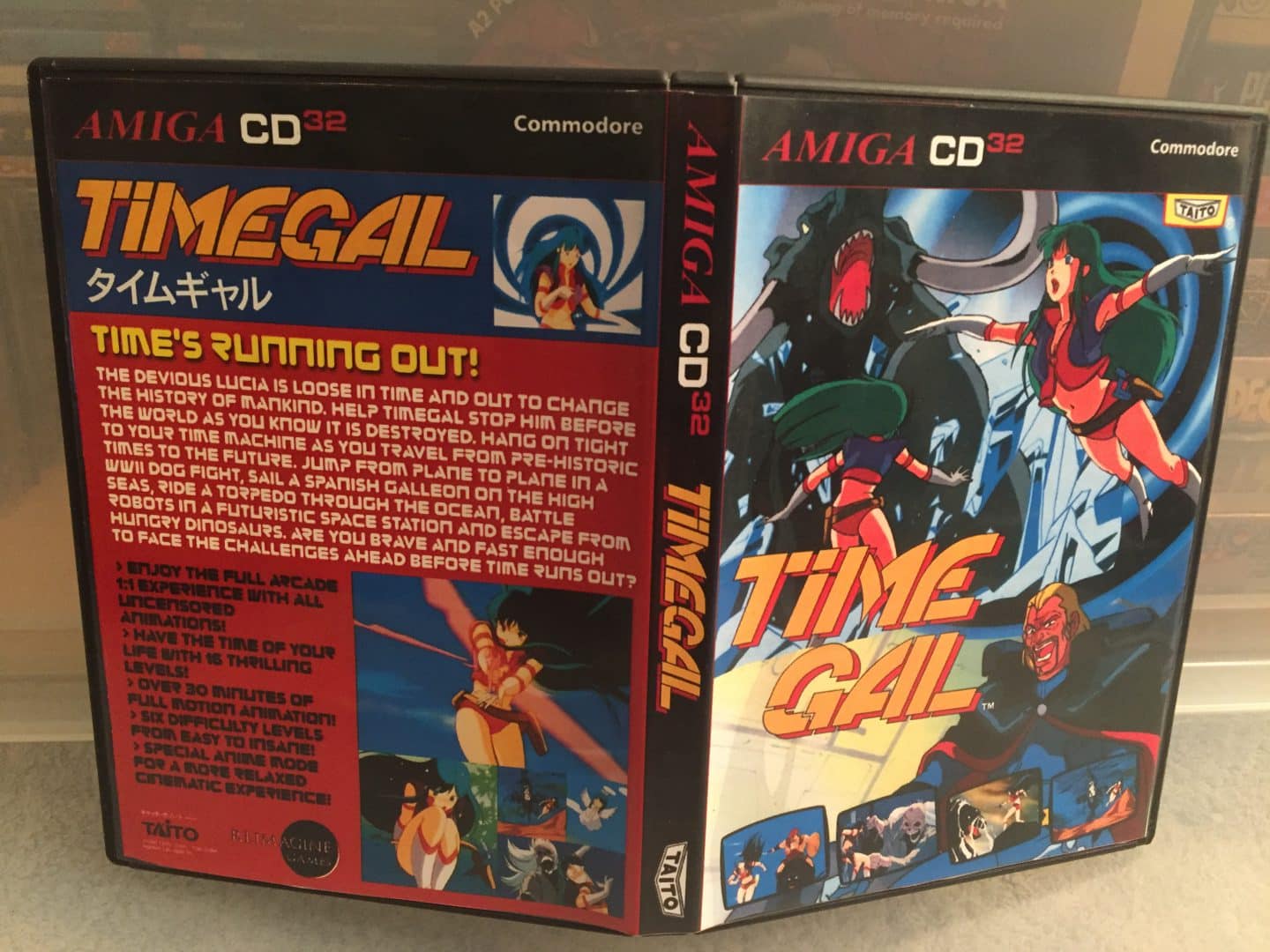 Reimagine games have done it again, their first game was last years very fine remake/upgraded Great Giana Sisters S.E , and now they came out of nowhere (to me anyway) with TIME GAL Amiga/CD32.

The game boasts a very powerful CDXL/FMV player, actually, i am not sure how much effort or time was put into this one but one thing is certain and that is that i have never seen such good playback on the CD32 in this resolution before.  I might be wrong here of course. 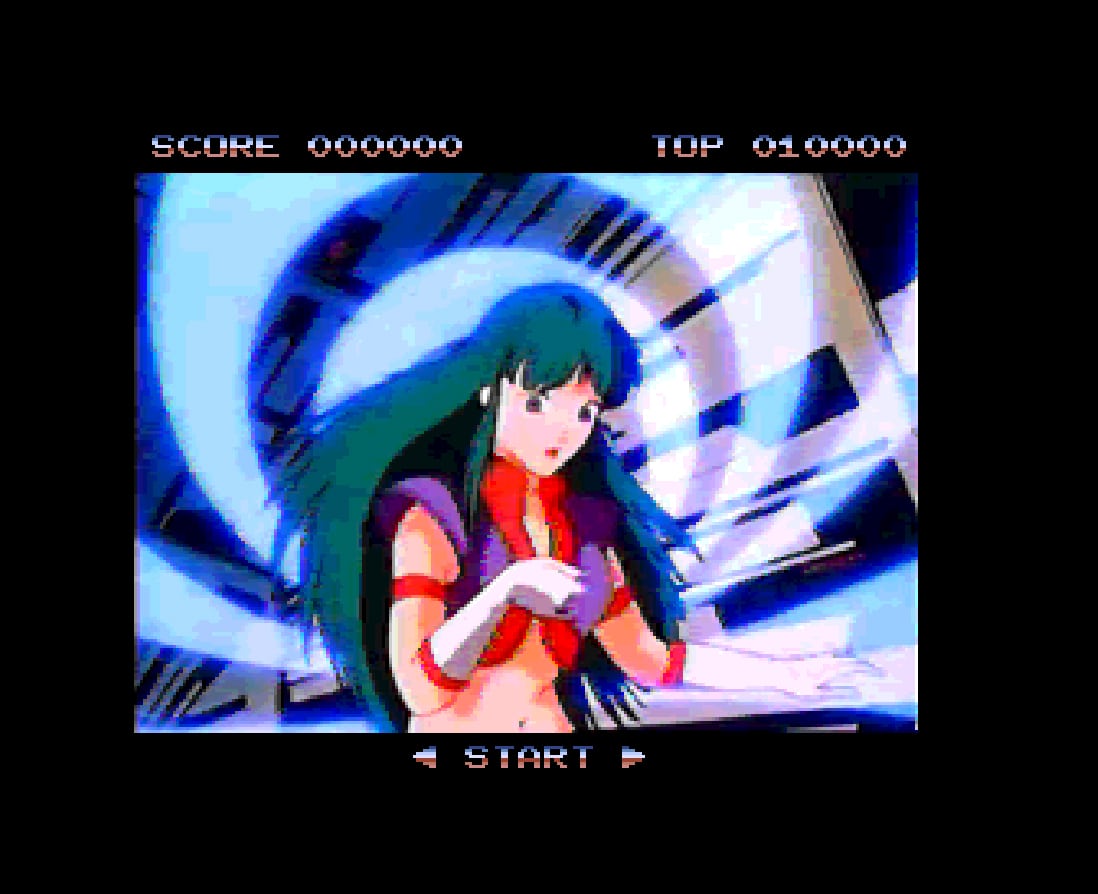 It ain’t full screen but keeps in mind that this is a game for standard cd32 units without the FMV module.  I noticed that some of the ports on other formats back in the day had a background image wrapped around the video, i prefer black borders over that option actually. 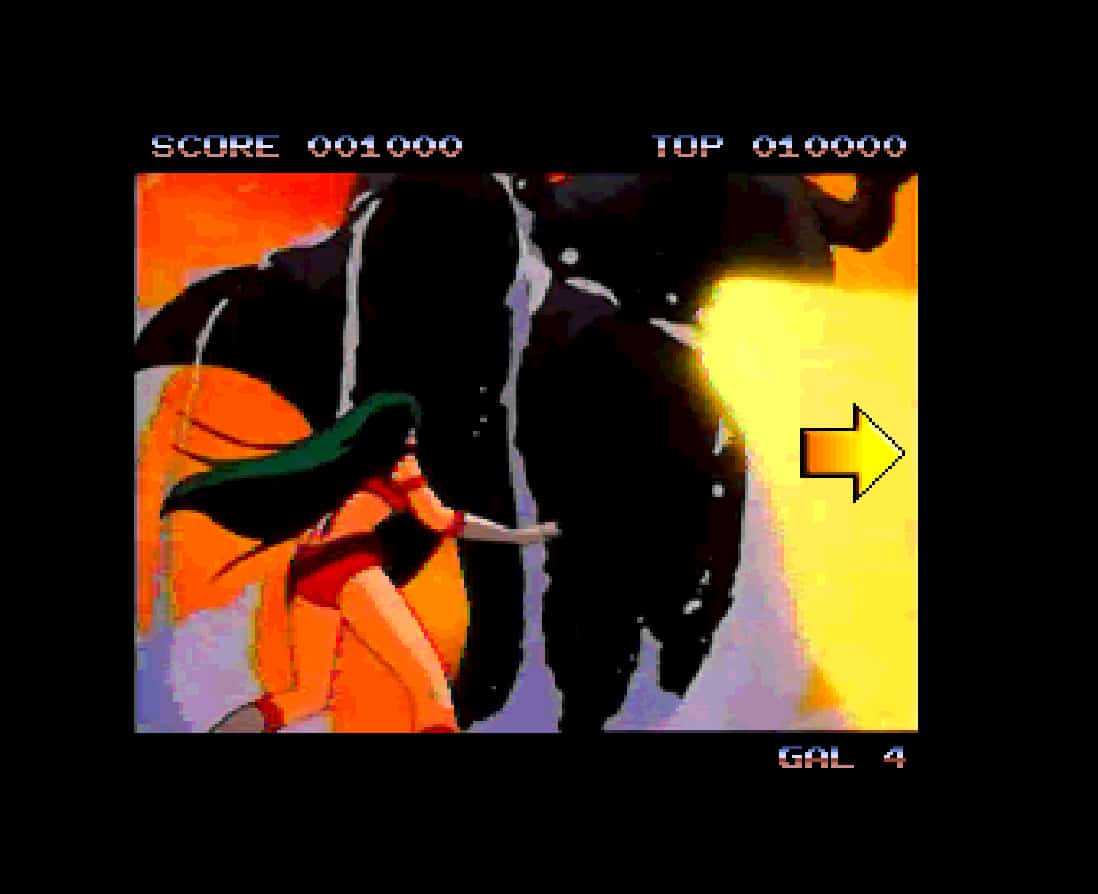 The gameplay is as mentioned earlier, very simplistic and is mainly just making sure of hitting the button that pops up on screen before the time runs out.  The events are very brief and easy to miss, if you miss them then you die.

at first, i kept on gawking at the awesome video and forgot to press the buttons all the bloody time and i am pretty sure most others will do the same quite a bit before getting used to this type of gameplay. 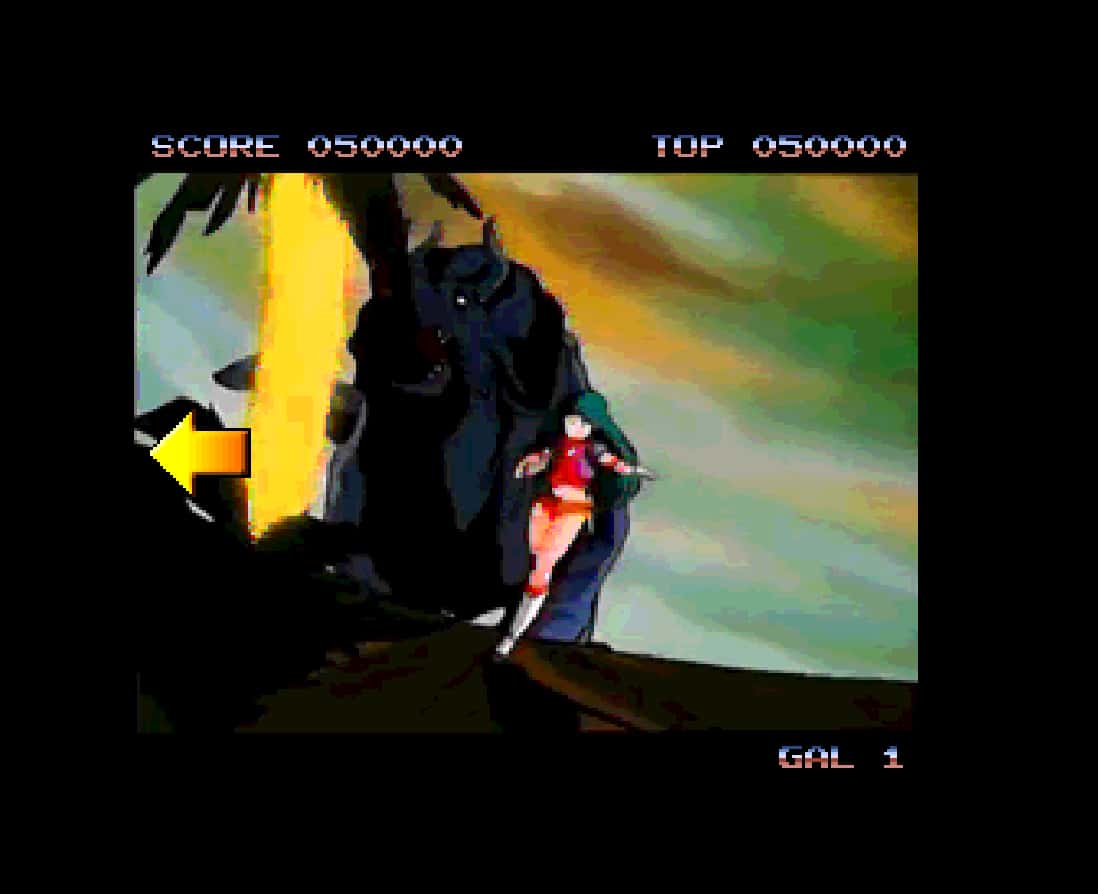 One thing is for sure, the game looks much better in movement than in still pictures, everything has that “old” pixeled CRT look and it just looks a bit off in the screenshots compared to how it really looks on the TV.

It looks really good on my SAMSUNG 9s LED 46″ too actually, but then again i must admit that my fanboy glasses are of course switched to full strength when i play on my CD32. 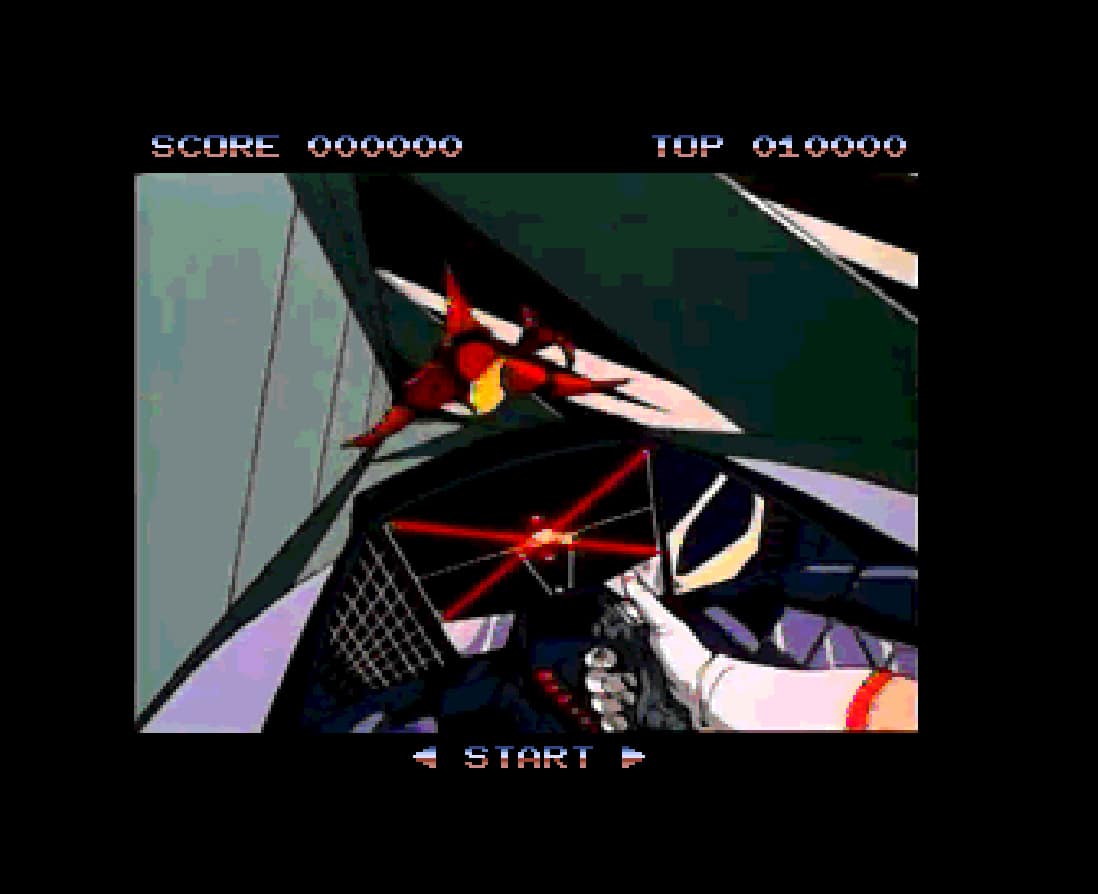 The style of the game is just brilliant and i it is a shame that this game never came out before now, this thing would have sold quite a few CD32’s in 1994-95 for certain.

If there was one thing that the Amiga had very little of then it had to be Manga/Anime games, and yes FMV games may not have the best reputation ever but titles like this would have made the Amiga more popular for sure.

As far as the Amiga port goes i can say nothing bad about it really, it does what it is supposed to do and thanks to quick loading times and good stability it certainly makes this game one of the keepers in your collection.

The sound, graphics, and style are just about perfect, i can’t see any problems with this Amiga port at all, it sure feels old but at the same time, it is supposed to do that thanks to its style.

After seeing this and Giana S.E i must say that i am really looking forward to seeing what their next project will be.  – i would say no thank you to more of the same.

Screenshots were done by RoarTJ, i couldn’t get it to run on the INDIEGO! so i had to ask him to do some quick ones before i released the article, many thanks for the help with that.

Download link to the AMIGA CD32 and HDD version of TIME GAL can be found here.