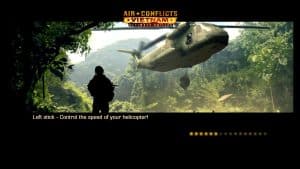 First generation games on new hardware can be quite bad compared to games released later on in the cycle, but one and a half year after the console launch and still release something as bad as Air Conflicts: Vietnam Ultimate Edition is just plain unacceptable.

This game has to be the downright worst “port” i have tried the last few years, it is sloppily coded, it has bugs in the sounds and the graphics is so bad that this must be a straight port from the PS2(?).

The framerate in this game is so variable that i am 100% certain it went below 10 fps several times and sometimes up to 30, but never above that. 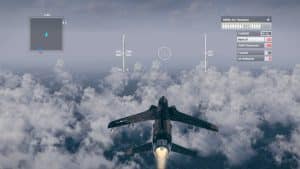 The worst thing with the game was that i simply had the urge to play it even if i had discarded it within minutes.

I gave it a chance and i completed all 29 missions, it was a difficult challenge due to the framerate, tearing, graphics and glitches, but i did manage and in the end, i found the game enjoyable.

DO NOT misunderstand me here, this game is crap and i do not recommend it to anyone.

I spent over 8 hours in this game, 8 hours that i will never get back. 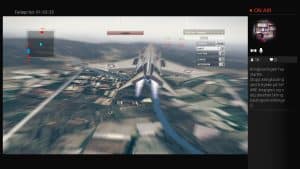 I got quite a few viewers while streaming this game, i guess all the rage i showed was enjoyable for some.

I was so mad at times that i nearly threw the controller at the T.V several times and most of all, i screamed so loud at times that my son and wife woke up…  that was not so funny, believe me.

While playing this trainwreck you get to see some of the worst “ground” graphics the last 10 years, everything is just flat textures.

The only thing that i guess is cool about this game must be the chance to fly both Choppers and Airplanes. 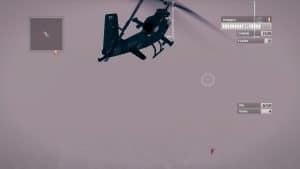 Sometimes, well actually most of the time your “flight craft” will go outside of the screen so it is impossible to see anything.

If for instance, you are about to land on a carrier then you will have to guess the angle and speed as you can’t see the bloody fucking aircraft of yours.

THIS GAME IS SO BAD THAT I AM BREAKING THE POST RULES FOR MANY OF THE SITES I SHARE MY ARTICLES AT. That should explain how bad it is.

I will make sure to send the devs a pingback at the PlayStation Blog/Forum.

Various screenshots above.  Not much to say really, the game would have been a let down if it had been on the PS3 so you can imagine how it felt playing this on the PS4.  Luckily i only paid 9 GBP/ 11 Euros for it. 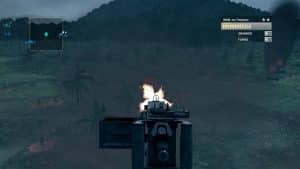 You get to go into to the first-person mode in one of the choppers, could have been a blast but it is so bad that i wonder how they managed it, look for red circles and shoot them.  The red circles are people but since the graphics are so bad you can’t really see them.  DISASTER!.

DO NOT BUY THIS SHIT!, they should pay us for playing it.

For the first time in my life, i have actually considered asking for a refund!.

Oh and yes, the god damn trophies glitched too! game complete trophy never unlocked for me and i know i completed everything in it.

Check this video to see how crap this game is…