The Amiga Reloaded Calendar is such a creation, Martin C Grundy (#C64Reloaded on Twitter) ran a twitter and facebook pre-order thing a few weeks back and luckily I managed to snag one of these calendars before it was too late. 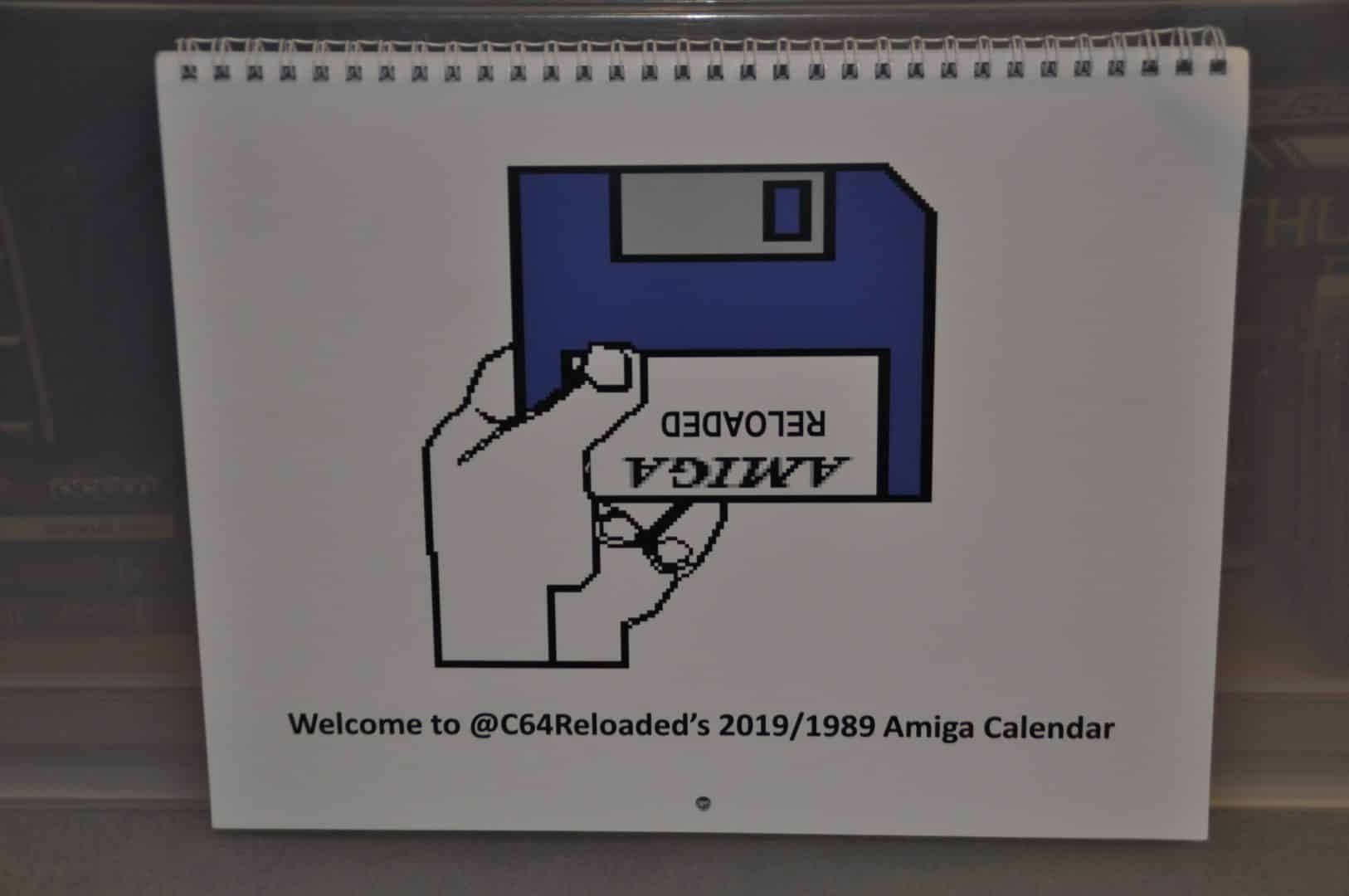 The front page should be no big surprise really, it is the kickstart 1.x boot picture and likely the most recognizable boot pictures of any Amiga kickstart out there, neither flashy nor spectacular but still brilliant and a perfect fit for the front page of the calendar. 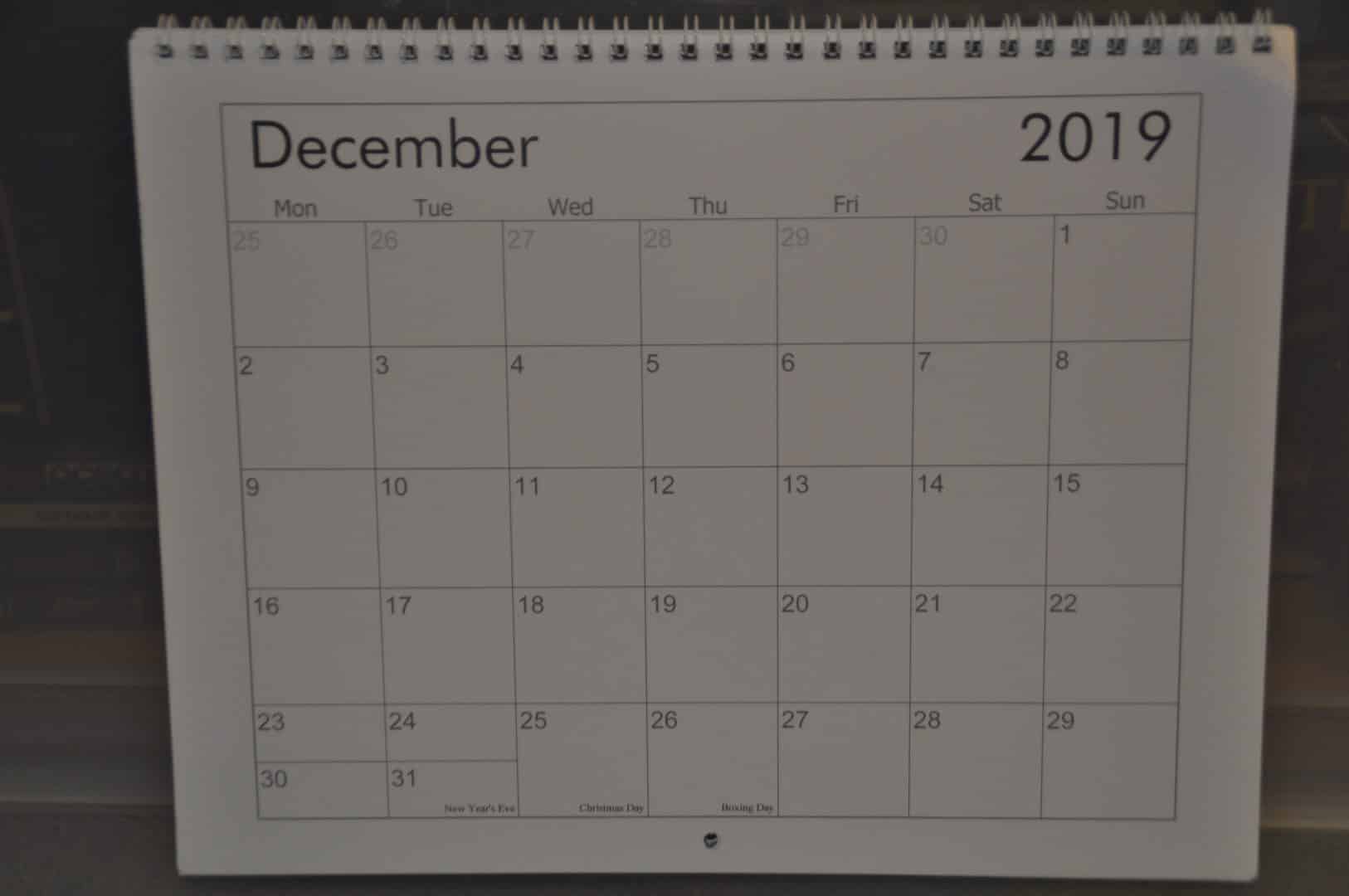 The thing with this calendar is that it is actually a 2019 Calendar but the pictures and text show and tell you about 12 of the most prolific games of 1989. The year many think of as when the Amiga really started to gain a reputation for being the best (games) machine out there.

1989 was a spectacular year and the 12 games covered in this Calendar is by no means a guide to the best there is but Martin did a good job doing the very hard job of picking the games of a pretty impossible year in terms of ace game releases and groundbreaking hits (But yes, where’s STUNT CAR RACER?). 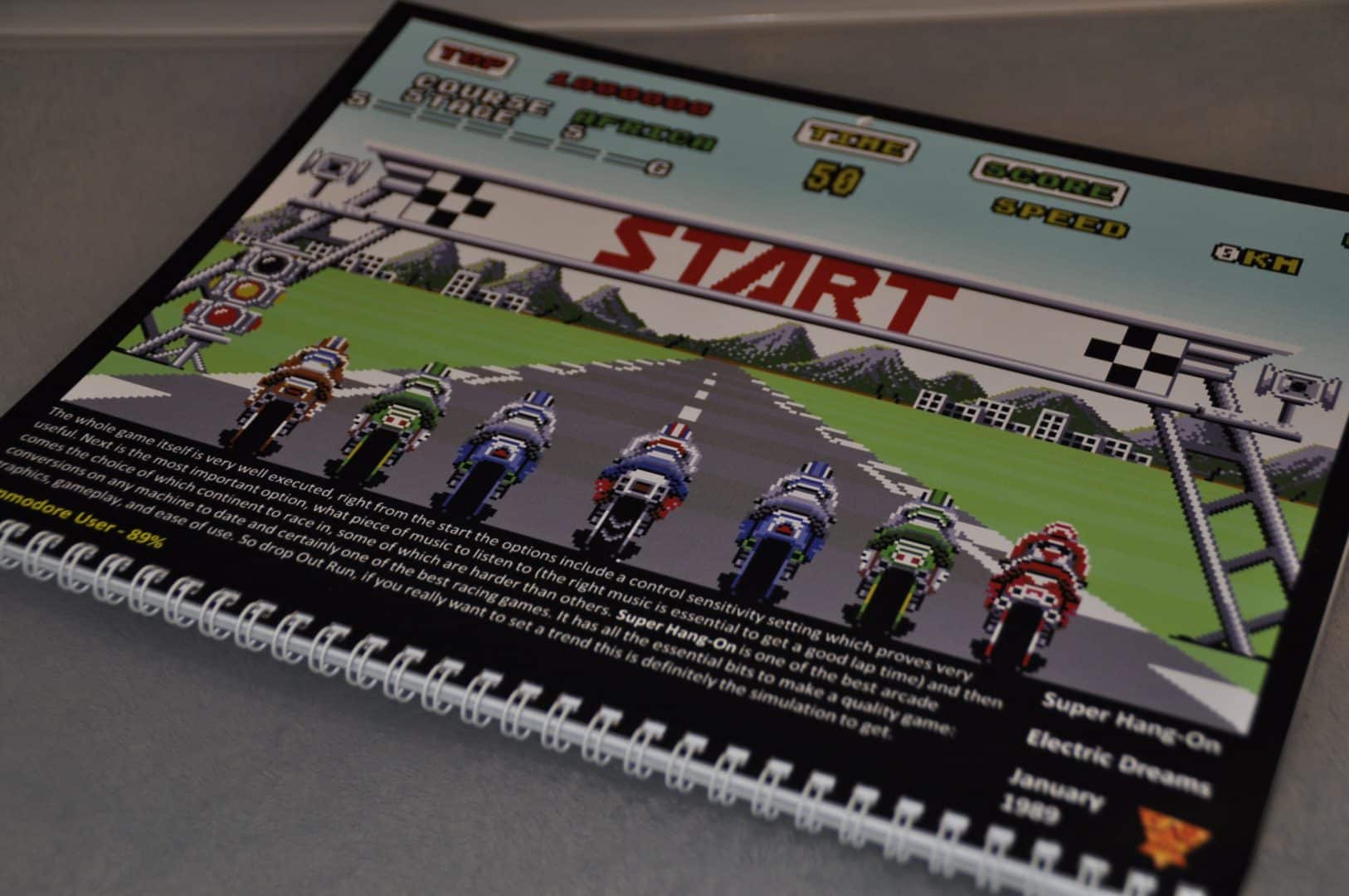 The calendar starts with a bang and most likely one of the best coin-op conversions on the Amiga, Super Hang-On by Electric Dreams (ZZKJ RULES!) is one of the reasons that I believed in the Amiga, the game had everything and oh boy was it good. I am a bit sad to say that this is most likely the best motorbike game on any platform ever, the closest one in terms of fun was the 3DO/PS1/Saturn game Road Rash.

Utter brilliant and the CU AMIGA score of 89% is hard to understand really  (although 89% meant bloody brilliant).

The following months lists three more quality titles and two of them being brand new genres, Yup the RTS building monstrosity and most likely the first proper god game and while not the first Bullfrog game it was certainly the one that tied their name to be one of the best developers on the Amiga.

Zak McKracken is another one that really set the world on fire and for many, this was the game that introduced people to Point and Click adventure games, especially so on the Amiga.

Cinemaware was big in the late 80s and while the TV Sports series wasn’t the most played games in my house it certainly set America on fire, brilliant graphics and gameplay mechanics not seen in games like this before it.

Dungeon Master, Datastorm and Kick Off are all GOTY contenders and groundbreaking and all of them played a huge role for games in the same genre for years to come, I was always more of a Sensible Soccer and Microprose Soccer type of guy but yes Kick Off certainly belong on most if not all top 100 Amiga games lists out there.

Datastorm was a technical marvel that never got the attention it deserved, people never understood that this was miles better than any other Defender attempt at the time i guess.

Next up is most likely the 3 games on this list i played the most, Blood Money is certainly the best of the lot, a very polished slow paced shoot em up with a brilliant intro and sound score, utterly brilliant in 2 player co-op btw.

Rick Dangerous is another instant classic and to this very day i still remember the levels and trap locations.

Xenon 2 was for me a very overhyped game although the music certainly played a huge part for most and yes i often loaded the game up and listened to the music while doing homework etc.

Batman The Movie is most likely the best selling movie tie-in on the Amiga and while the game was great i still think that the score of 97/100 was a bit over the top.

Shadow Of The Beast needs no introduction but it has to be said that i never was a fan of it (other than it is a technical marvel and a true poster child of the Amiga) and that i started loving the series at number 3 (including the PS4 reboot). 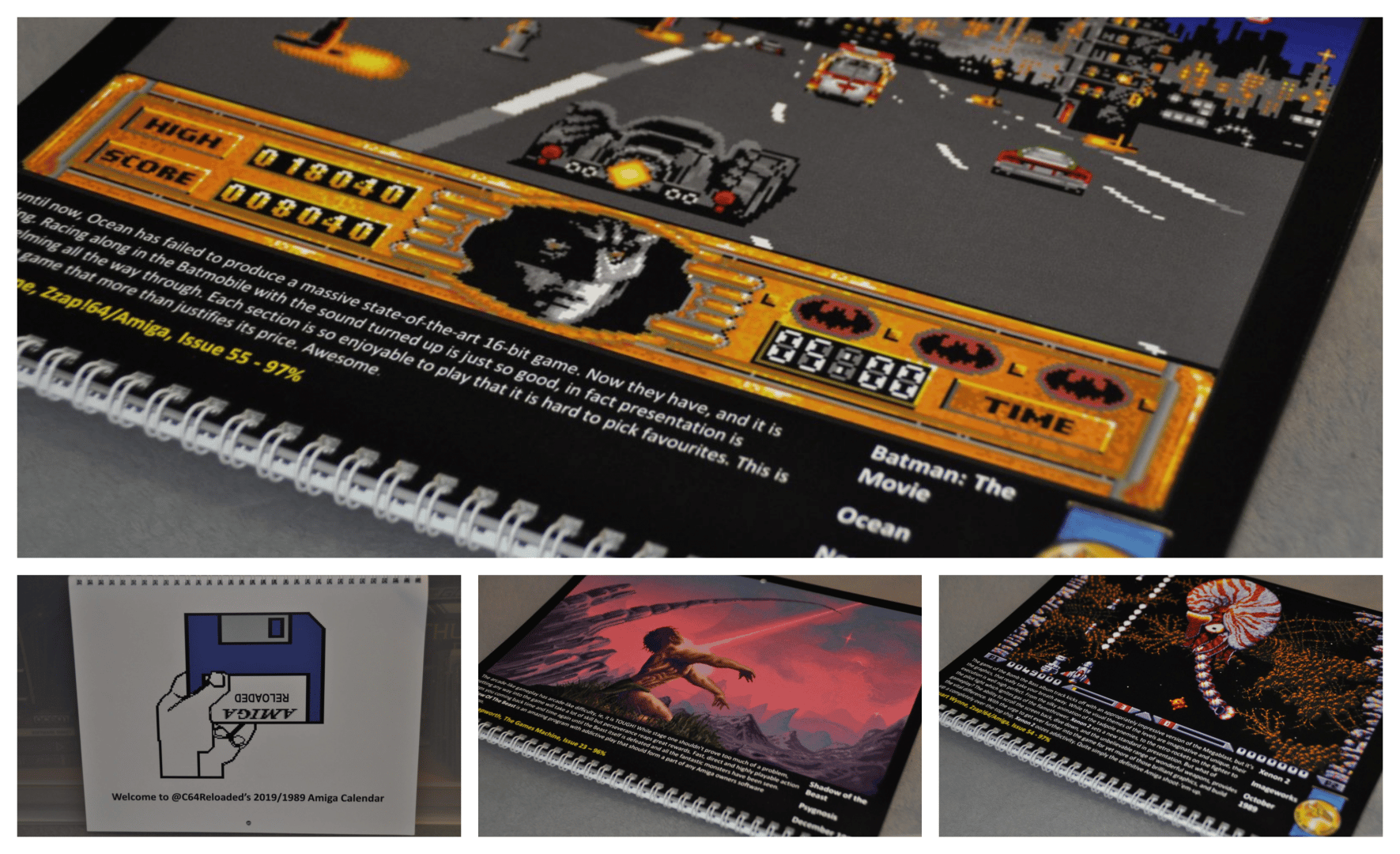 The C64Reloaded 2019/1989 Calendar idea is good and while it is just a Calendar it is still one that i will take good care of. The price was pretty high due to postage costs and such but this is due to me living in Norway and shipping anything to or from this country means you will have to pay for it (and then some). It is a collectable for me and I am 100% sure that I will look back at this in a few years and say – What a good idea it was to get this one. I have rated it a 6/10 but only because of that there’s potential than this for later projects (if any).  I must add that i somewhat expected more from this but i am not sure what really, it is just a Calendar for god’s sake :p