One of the reasons why I’m not very active on the blog in these days is due to the fact that I’m spending a considerable amount of time doing researches about Commodore and Amiga‘s heyday, including how and why their era ended almost all of a sudden. So while I was meditating about what to put out for Christmas time, I remember about a fun platformer called Christmas Breakdown, coded in 1997 by an independent Polish dev team, called D6Team. 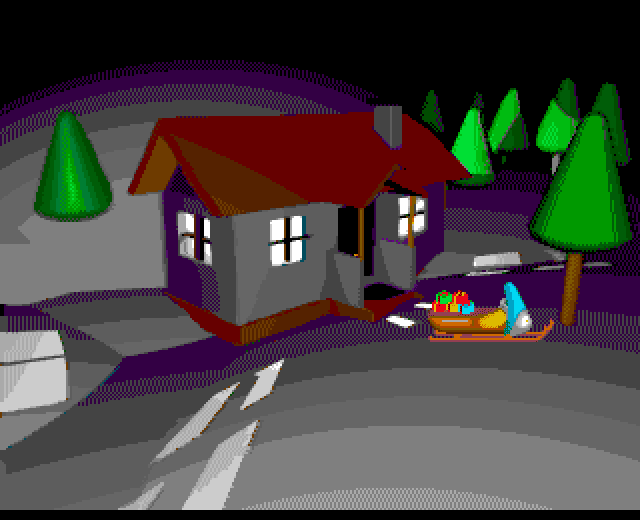 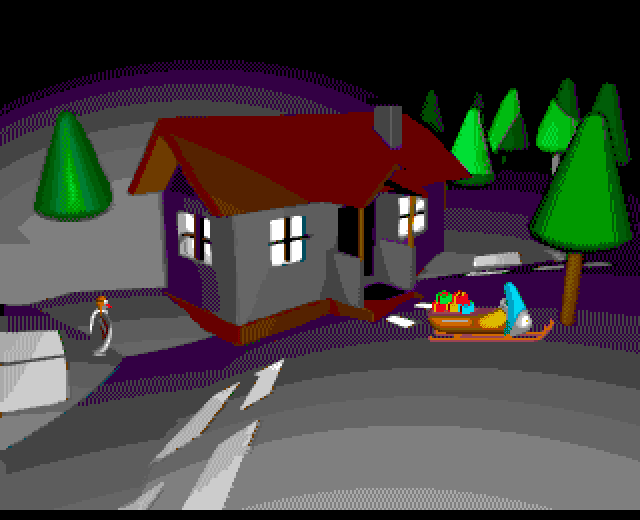 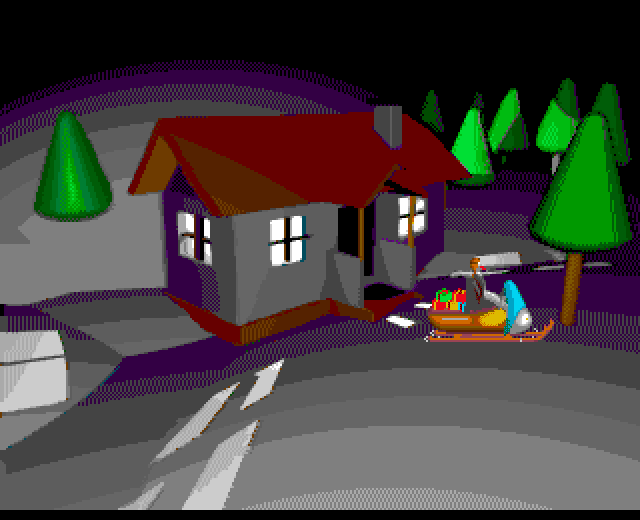 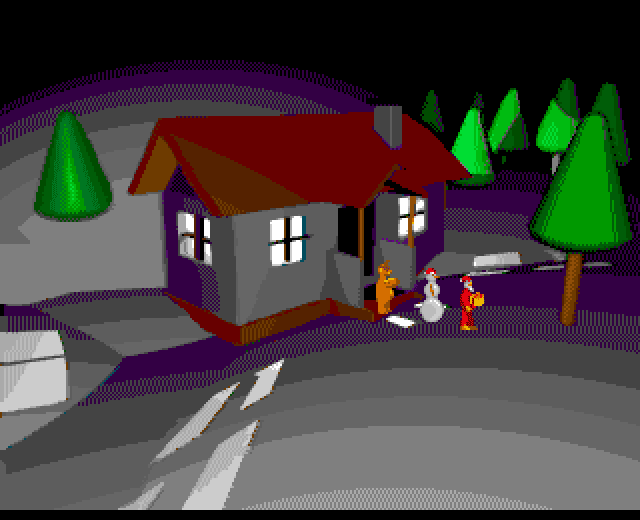 The “story” begins with Santa Claus, the Snowman and the Bear uploading Santa’s sleigh, ready for delivering presents to all the (grown-up) kids of the world. While busy  with their duty, the evil Penguin steals the sleigh … and so your endeavour starts, with the only goal to take your goods back. 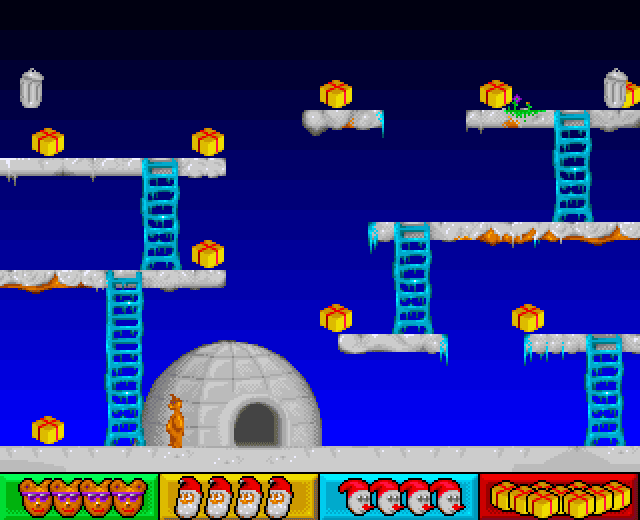 Swiateczna Awaria (Christmas Breakdown), this is the original title, is a simple, classic platform game, made by D6Team between 1996-1997. The game has been written in old AMOS programming language, a popular language at the apex of Amiga’s golden age. After choosing one among the 3 different characters, you are put right into action, in what seems a clone f games like the original Mario Bros (and the likes). Of course, backdrops and props are all Christmas time themed, depicting igloos, snow-covered trees and gift boxes. 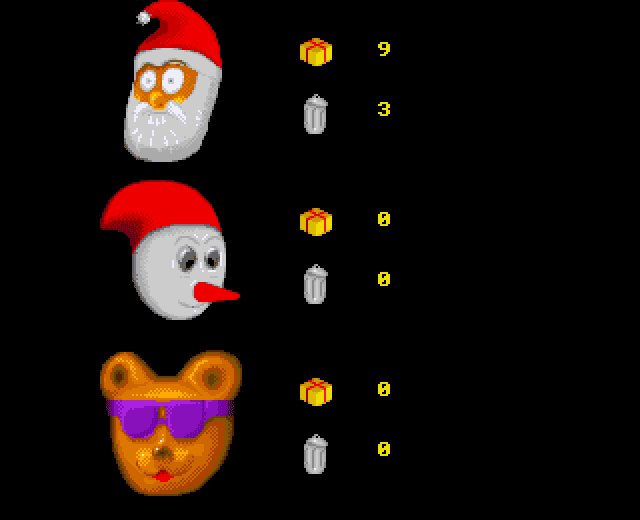 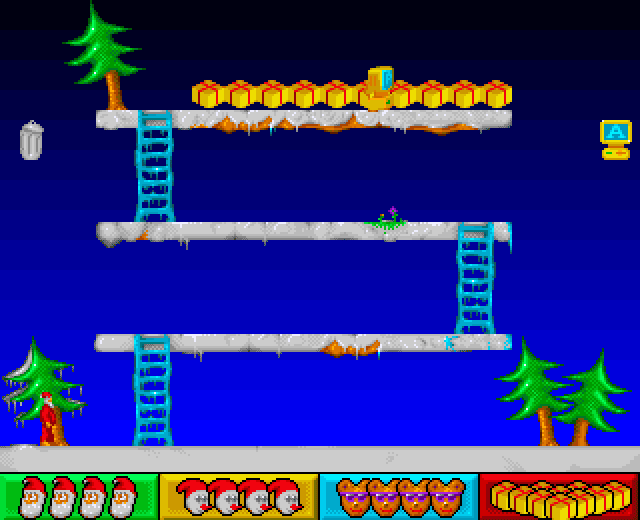 Some levels are very easy, others are made fairly difficult by the controls, a little clumsy at times, but very …. old school. Your enemies, which you have to avoid in order not to die and loose lives are garbage cans, runaway computers, walking flower pots and stuff. You reach the end of a level simply by collecting all the gift boxes present on the screen. Facing or not the opponents is up to you. 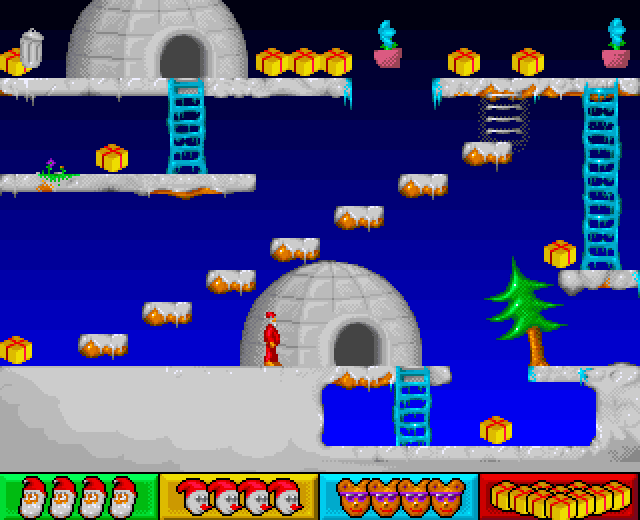 The game was developed for Amigas with OCS architecture and 1 MB of RAM. It is now part of AmigaForever suite, but you can freely download it from the devs site at THIS address. Do not expect mind-numling graphics, precise controls or perfect mechanics, but it sure is a fun, little game to spend some time with during your Christmas vacations. Possibly on original hardware, if you have the luck to own it. Otherwise, and emulator will do. Have fun!

Follow Us... Inspire Us To Get Better... Keep The Flame Alive
SkillGrid – A New Amiga Shoot Em Up Out Soon The Heist. Spider-Man DLC1