After having illustrated the mood of “Catherine” in post#164, let me complete the article by exploring the game mechanics and the additional features included in this product.

Atlus is a well-known producer of JRPGs, but until “Catherine” (2011) it hadn’t crafted anything for the present console generation (PS3, I obviously mean). For this reason, people were kind of skeptical at the beginning when they found out that they were dealing with a puzzle game. Yet the adult theme, the consistency of the story, the fast-paced action, the deep interaction with NPCs, the anime-style cut-scenes and characterization, the included minigames and, finally, the multiple endings, succeeded in turning “Catherine” into a very nice product with the potential to appeal a lot of gamers (hardcore and not).

It is not just a matter of pushing and pulling blocks. The game requires good (and quick) thinking in order to create new escape ways even when the situation deems it impossible. Every wall (or group of them) depicts a different feeling of the protagonist (surprise, anxiety, disbelief, fear …) and trying to get to the top in the best and quickest possible way is always rewarding – especially during boss fights. Sometimes, during the game, the level of difficulty seems to tragically increase without giving you the time to get acquainted with it. In my personal experience though, those difficulty spikes were not so bad to hamper stage completion.
Anyway, the anime cut-scenes between stages are very well done and in-game interaction with NPCs is always interesting, thanks to the multitude of options available inside the “Stray Sheep Bar”.

A wise choice of cell shading graphics improves the overall game consistency. I don’t know if a “love triangle” situation has ever been explored in a game, but “Catherine” made me feel unease more than once, trying to figure out the best option to choose. In-between climbs you will be asked many different questions: there’s no right answer here, but choosing one or the other will make your “karma” meter shift from “angel” to “devil”, thus affecting the game ending.

Since the game sports 8 possible endings, it has a nice replay value, unless you prefer the quickest way and grab them from YouTube! I suggest you watch them, since a few are really …. hum, amusing!

Once the game is over, there is also room to measure yourself against other human players. “Colosseum” will see you fight a local “P vs P” battle, while “Babel” will let you climb different walls, alone or with a friend, in a local match (no “true” online in this game). At the end of each stage, your score will be uploaded on the online Leaderboard so you will be able to monitor your personal world ranking.

The game was also sold with an awesome collector’s edition. Here is a picture of it… 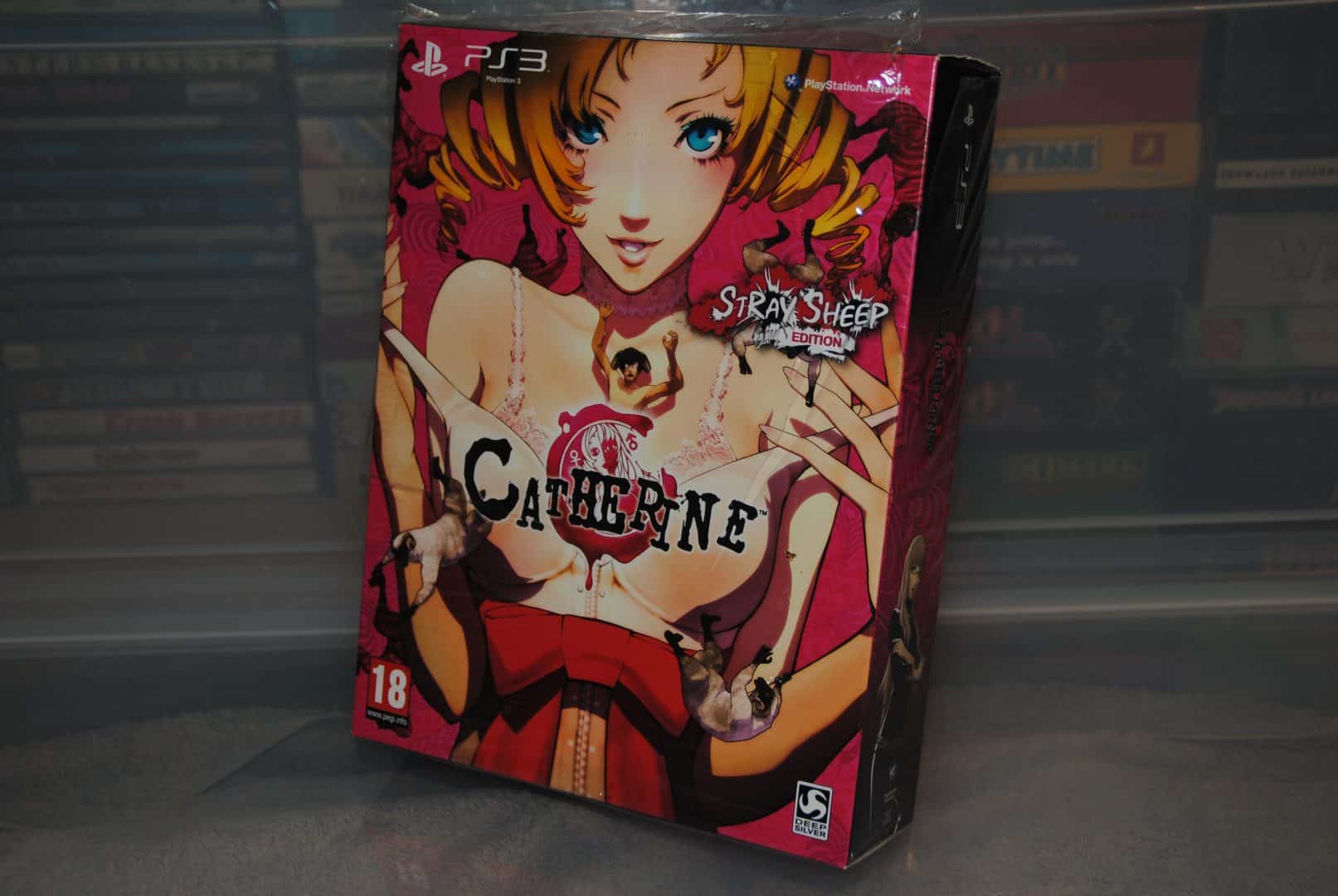 Edit: There was 2 different collectors edition, i never managed to get hold of the other one. 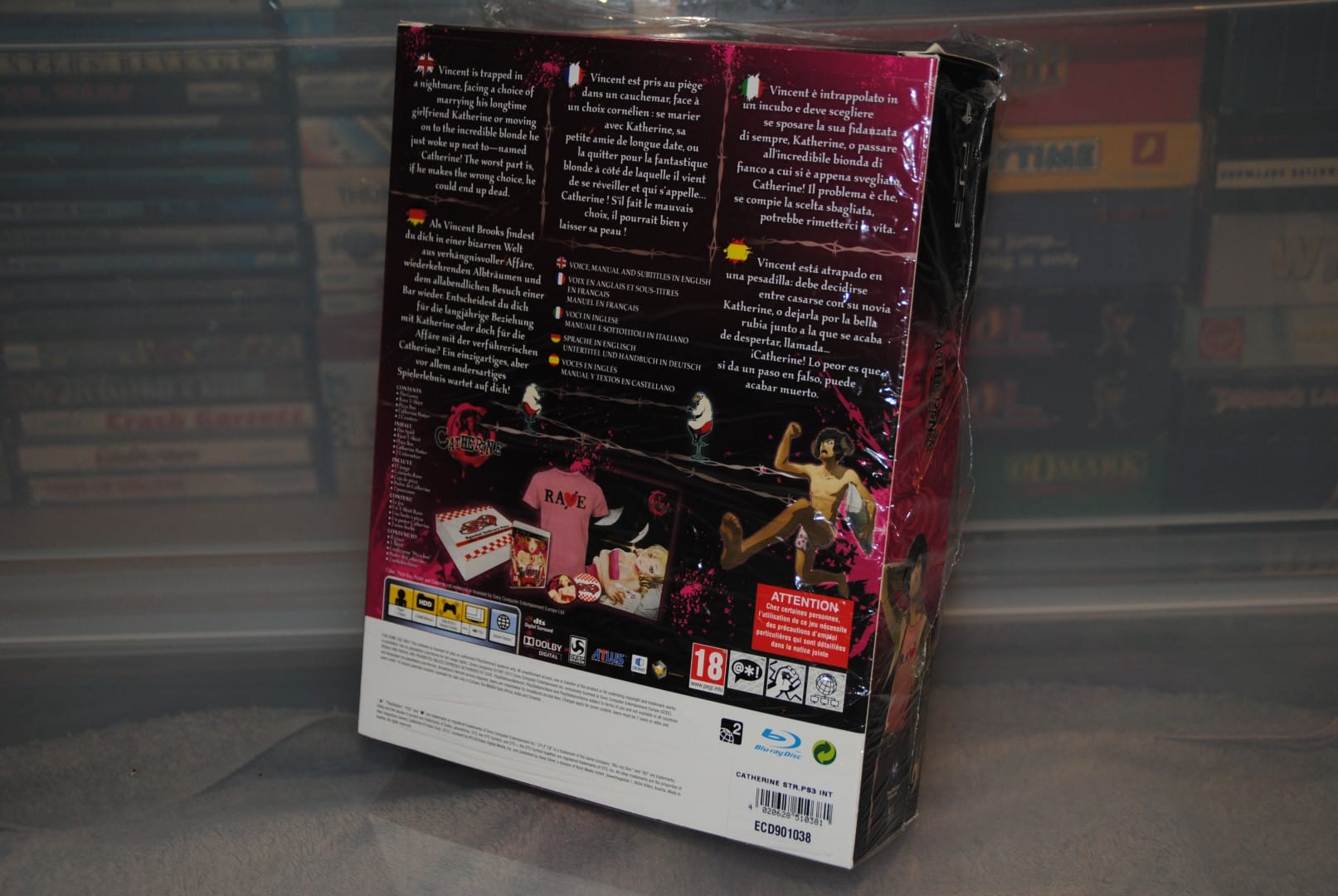 Edit: Here is a video of the one i got (Stray Sheep Edition). (ToAks)

Although I’ve always been a fan of Atlus and their superb character design, “Catherine” is the first Atlus product that I ever played to completion and that I keep playing every once in a while. Luckily, things are indeed going to change now, as “new” products are finally scheduled for release next month. During PSX era there was a lost classic that I missed since it was a Japan-only title and I didn’t see any good point in playing an RPG if I couldn’t understand a word! This lost classic, which goes under the name of “Devil Summoner: Soul Hackers” (1999) has now been translated, revamped and converted for the Nintendo 3DS.

Don’t get mad at me now! I know very well that this is an Amiga and PlayStation only blog but, as we say here in Italy, “Every road leads to Rome“….! So stay tuned for more Atlus content and … KEEP GAMING!

Thank you for your ongoing support.