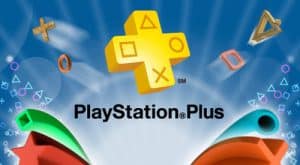 The PlayStation Plus service is one heck of a good deal to all gamers out there and it is quite hard for me to understand how both Sony and the developer/publishers out there manage to spew out quality freebies every month, i mean, have a look at the competition’s offers…they have a game every now and then and everyone so far has been utter shite games or stuff that goes for less than 3 USD at your local game shop.

I must have got something like 40+ free games through the service and just some of it’s games like LittleBigPlanet,Metal Gear Rising,Assassins Creed III,Metro,Gravity Rush,Uncharted Golden Abyss,Resogun, Infamous,Infamous 2, LittleBigPlanet 2,Deus Ex, Uncharted 3, The Walking Dead,Ratchet And Clank All 4 One, Borderlands,Borderlands 2,Saints Row 2, Ico, Shadow Of The Colossus,Rayman Origins, Saints Row 3, Sleeping Dogs,Demons Souls, Spec Ops-The Line,Darksiders,Bioshock 2, Bioshock Infinity,Motorstorm Apocalypse and so on and so on.. people who call it a bad service or whatever is missing out and most complainers are from an non-PlayStation service.

Anyways this article is about a game i planned on getting but i never got around to it, luckily it came as a free PS+ game a few months back, the game… 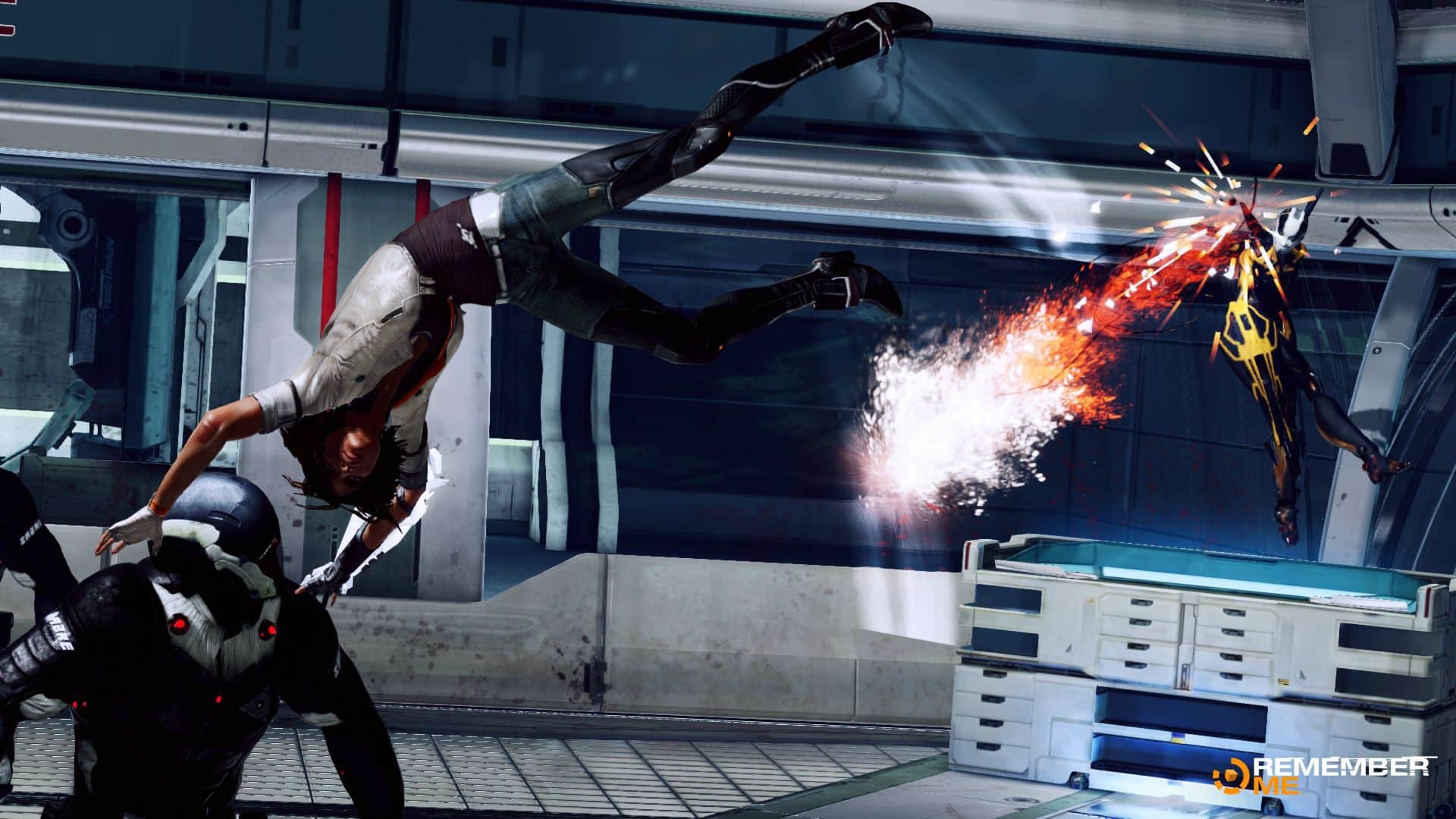 Remember Me, a game that is set in a “broken” future where people have implants in their brains/body, mainly there to remove/reprogrammed unhappy feelings and events in the past, the population is more or less “blind” to whats going on and they live their “normal lives”.
The game kicks off with you being introduced to the heroine Nihlin, a woman that has no recollection of her past, her past is slowly coming back due to help from someone nicknamed “Edge” who is looking over her and guiding her through the missions, it is almost like the opening in The Matrix where Neo get that phone call and i got a feeling that it’s somewhat inspired from that scene. 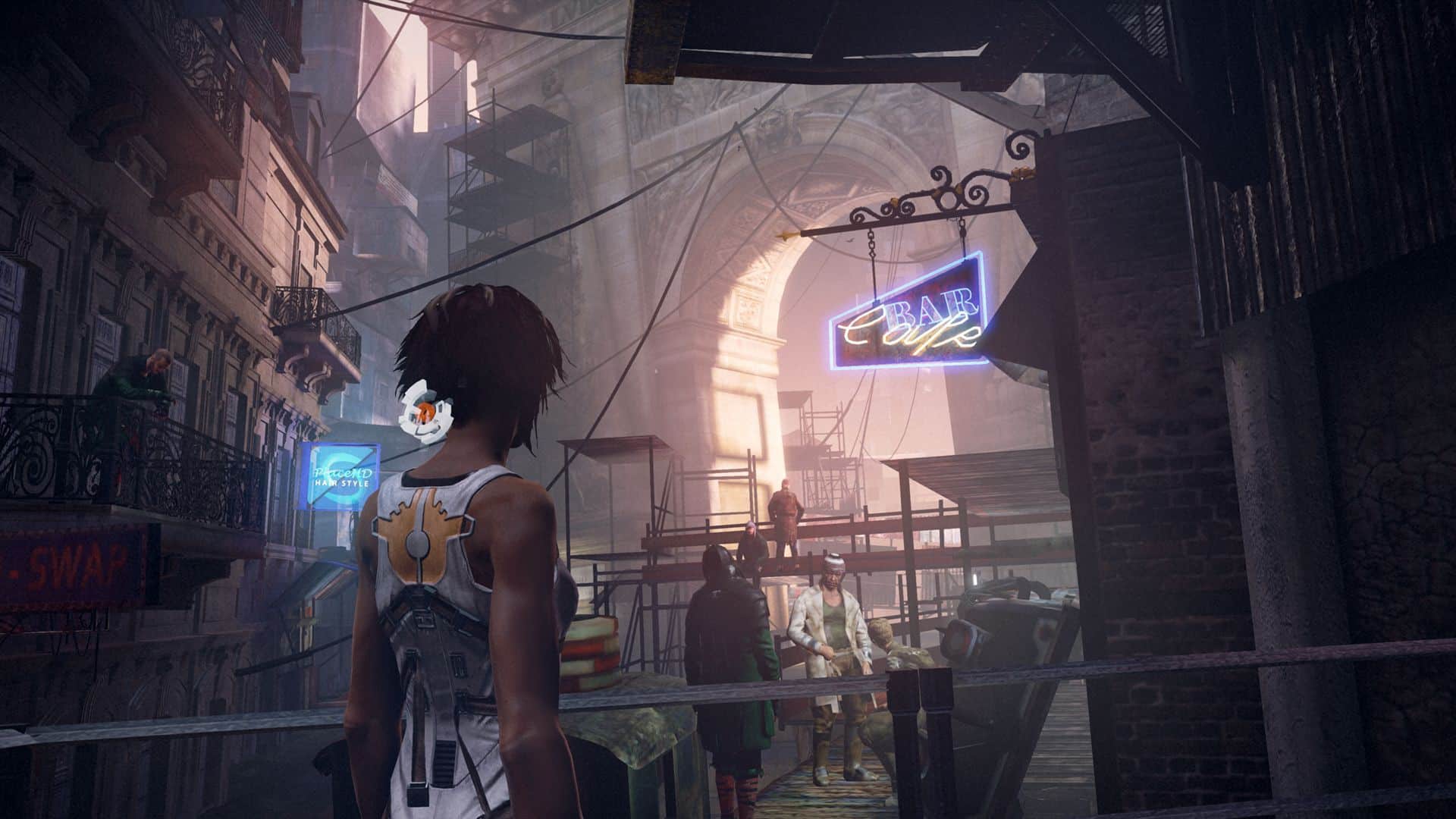 Picture Above: Game has a unique feel to it, it’s a bit like Blade Runner but at the same time not.

Remember Me was meant to be an Playstation 3 exclusive game called ” Adrift ” until something happened a few years back when the game was scrapped and it resurfaced a year or so later as a Multiplatform game and Capcom was the one who had decided to restart the project, the game had been killed off for various reasons but most likely the main reason was the direction of the game, which i will get into that a bit later on. 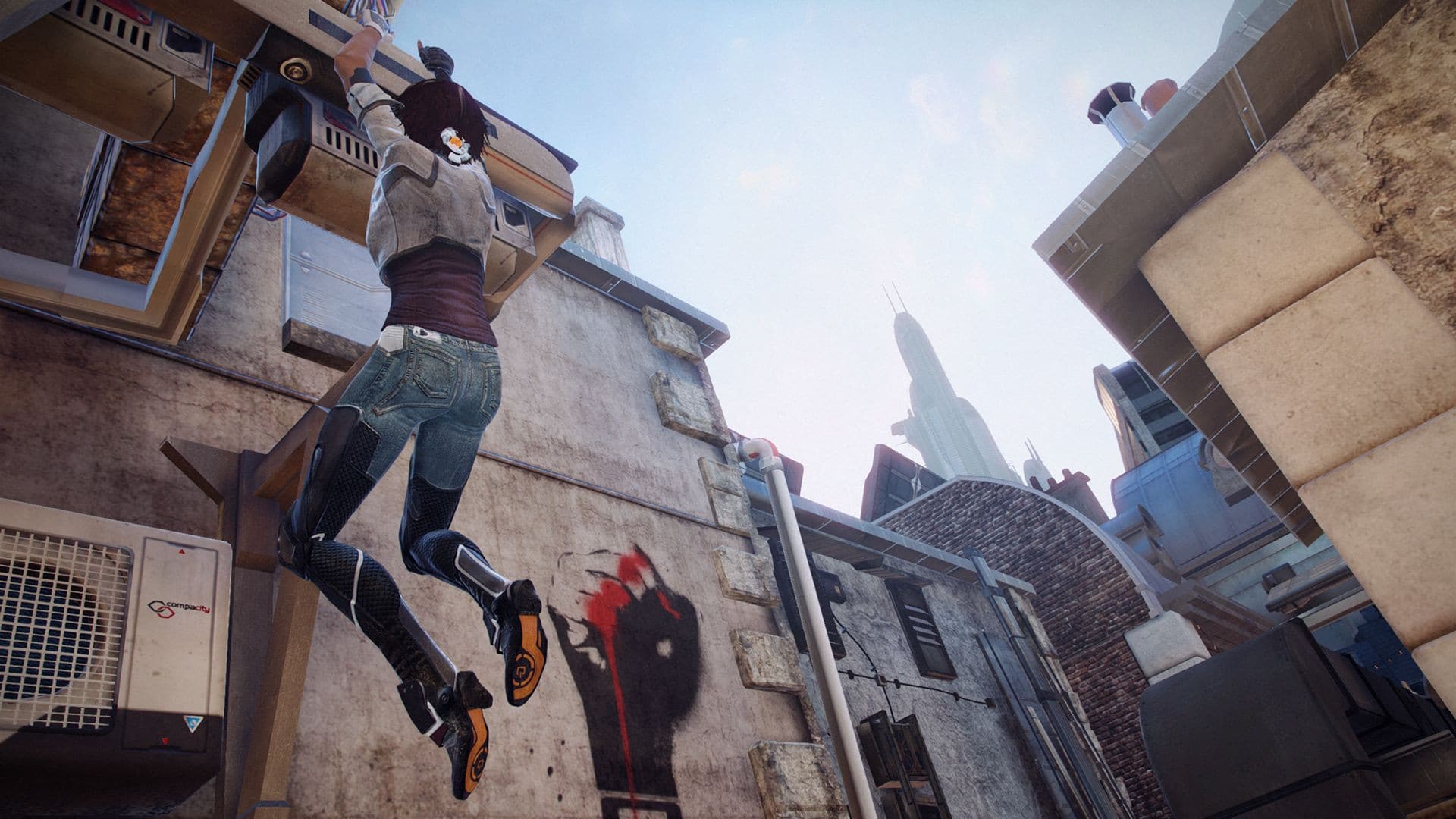 Picture Above: The Game is loaded with “special moves” and while they work well they still offer a lot of confusion.

Remember Me is a game that is 90% fighting and the rest is exploration, think something ala Bayonetta and then you might get the idea as there is just too much going on for the “normal” gamer out there, you got special moves for this and special moves for that and also you need to do this to do that and then to confuse you more you will have to configure your combos yourself and then try and get into it from there while you fight different enemies at the same time as you need to focus on which combo setting will work best on each one.
Sounds confusing? well it is but thanks to a friend who gave me a wonderful tip and that was to use the lowest combo all the time and that was only to get health and then in-between switch to the other combos to actually try and kill stuff.
I can safely say that i was about to delete the game from the HDD until he gave me that tip. 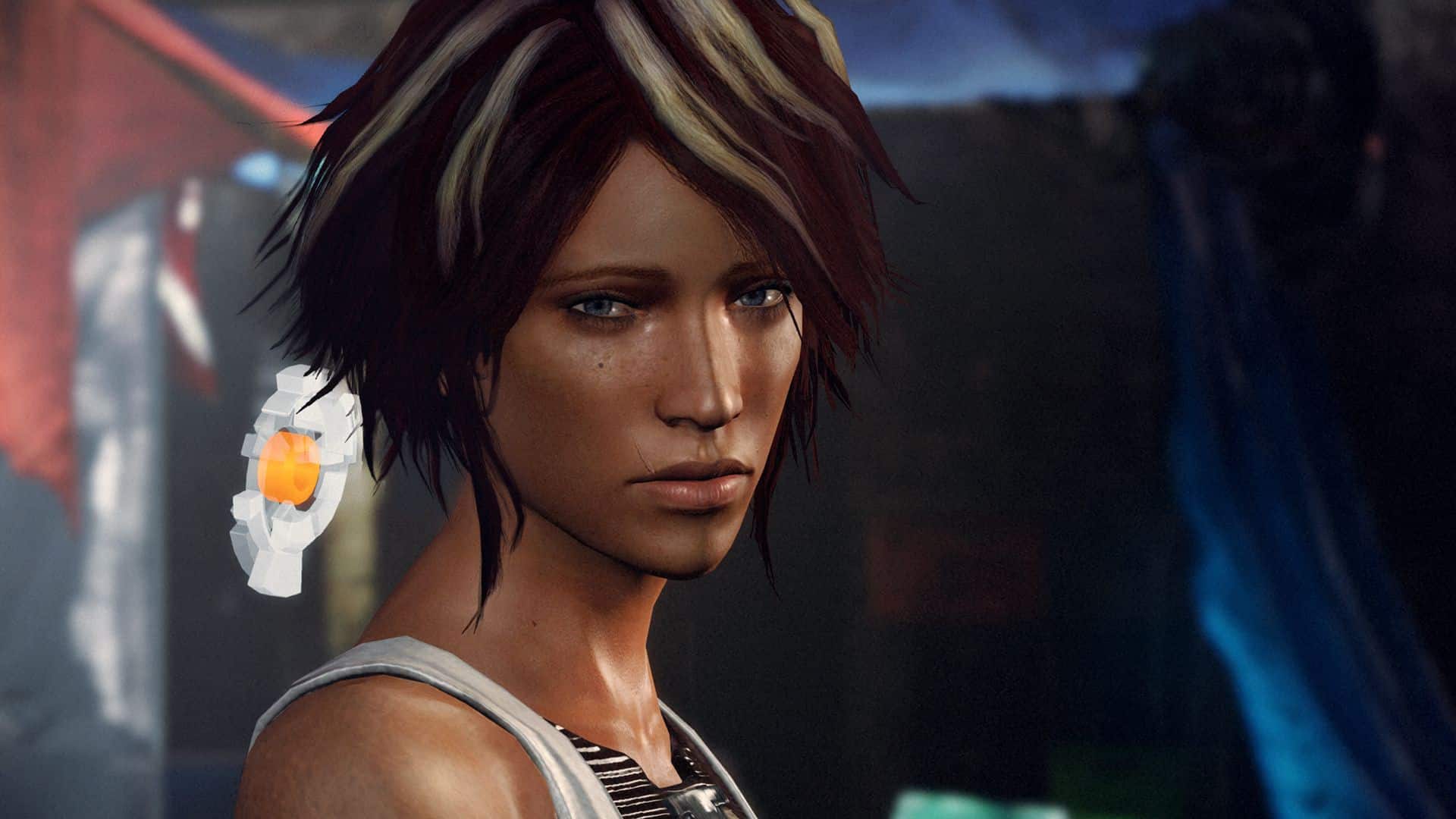 Picture Above: The game looks great at times but I’m sure it looked better before it went multiplatform.

Exploration is heavily influenced by games like Prince Of Persia and such which is not a bad thing but the game’s camera breaks the game at times and sometimes figuring out where to go or what to do is because of the “broken” camera.
The Exploration is quite fun and the various locations and scenery can be quite cool and very refreshing, cyberpunk does rule when done right and maybe i need to watch Blade Runner again but i think this game reminds me a little of that movie. 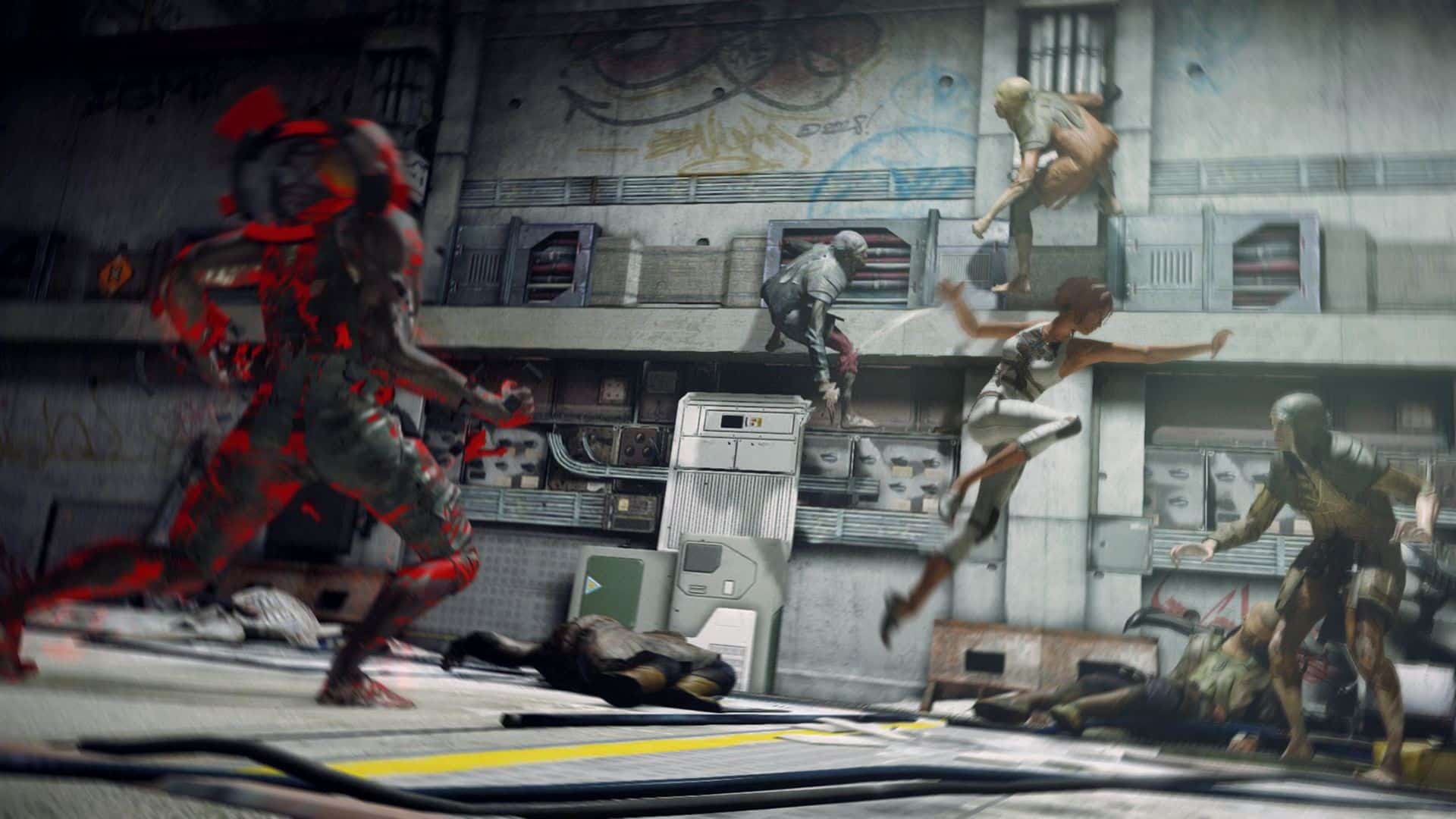 Picture Above: Picture looks very “clear” here but in action, it has a lot of static flimmer and “computerized” graphics judder, looks cool and adds the correct atmosphere.

So, time for the story and direction of the game, this is where the game fails for me as throughout the game it felt very “empty” and soulless as if the developers had a grand idea but failed to get where they wanted and decided to skip corners and leave it how it ended, maybe they want to do a sequel and if so i doubt it will repair the story and direction for me as the game does what it should in terms of getting from A to B but it all feels so empty and i still have no idea why you had to fight a gazillion guys or whatever, i mean… a proper explanation of how it all started and such.
The game started very slow but towards the end it speeded up and got rather cool, very cool I’d say but then it ended with a sloppy ending that just felt wrong. 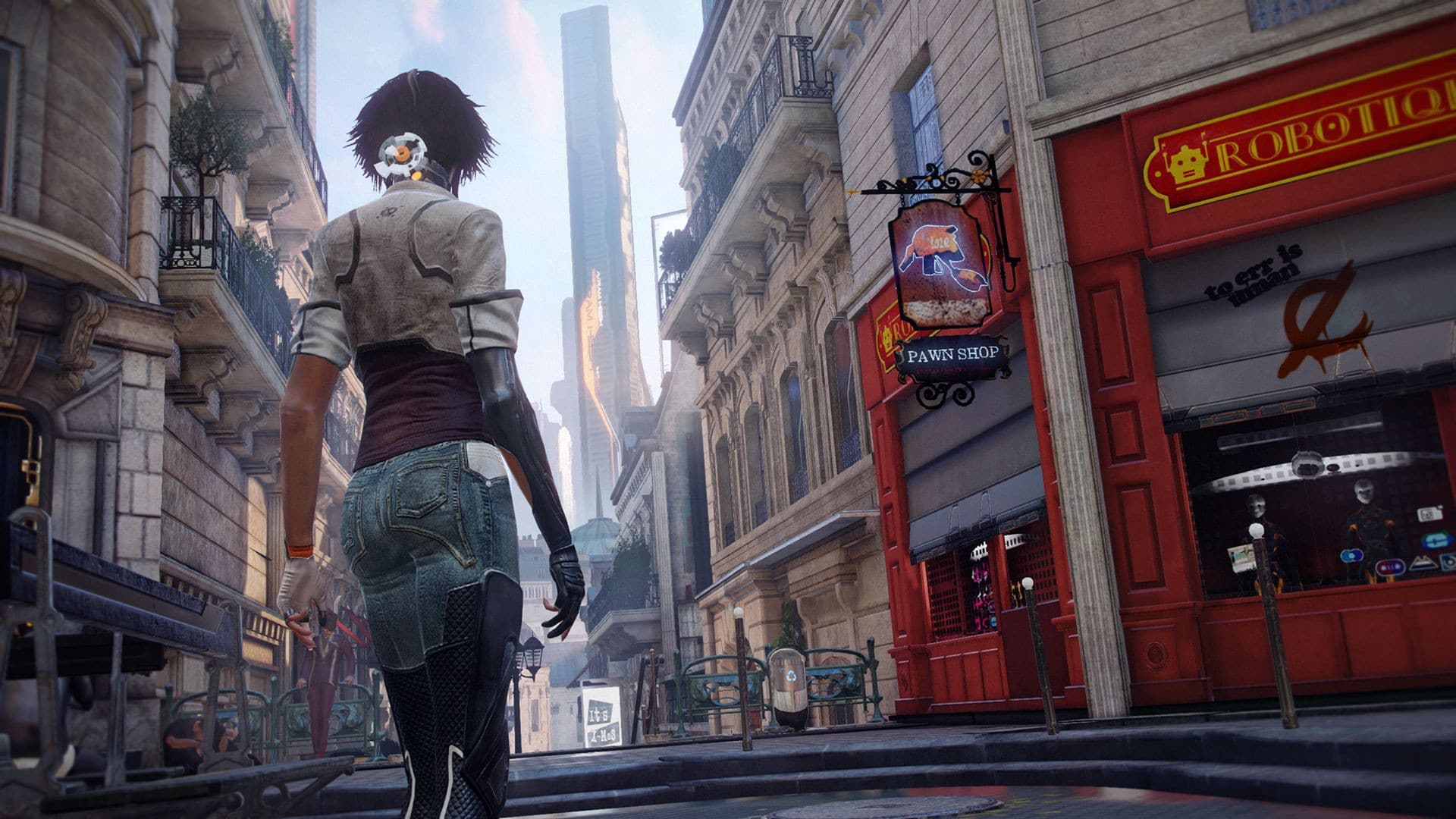 Picture Above: Some creatures hide in the dark and fighting them can be very annoying…until you figure out how to use the combos/superpowers and learn how to speed up the waiting for it to restart thing.

So it may sound like i hated this game but in reality i liked it quite a lot but it could have been a major kickass game if they had taken it all the way through and also made the fighting a bit less irksome and while i do understand that a lot of hardcore gamers love advanced systems like this and by such standard i am sure the game rocks but to me it felt like a button masher where i was not supposed to do that.
Bayonetta for me was a confusing sexy mess and my old brain struggled to keep up with all the combos and so on so i ended up ditching it in the middle of the game as i really didn’t want to go down to “easy mode” to get through the boss battles just because i couldn’t figure out the button combos. (i think i got to the second last boss ..) 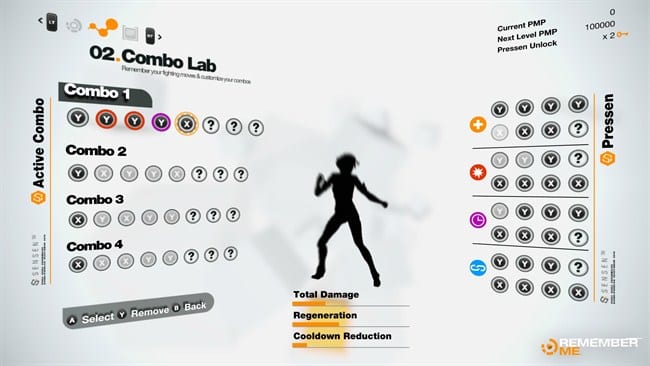 Picture Above: This is where you configure your combos and you can change or whatever the 4 combos as often and whenever you want throughout the game, ingenious idea but badly executed.

Ok, i will wrap up this article with the best thing about the whole game, SOUND!, my god the music is awesome, the sound effects when pulling of an combo brings me back to the 90’s where you got awarded with special music and SFX when doing stuff in the best way possible, Roadkill on the A1200 and Cd32 for instance had this system, i just had to get those sounds playing and it was the same in Need For Speed:Shift (1) (when going really fast for instance), i have no idea why really as it’s just some “broken” electronic sounds but it added immersion and a feeling of accomplishing something special.

So there you have it, give the game a go if you’re into beat em ups or rather combo fighters then this is for you.

Tags: capcom, playstation plus, remember me

1 thought on “Combtastic Memories. – Remember Me”