Farcry is one of those series that i never thought i would like, they go against everything i used to hate like, Stealth, open world and getting sidetracked.

Oddly enough i quite enjoyed FC2 for what it was although i never really loved it when FC3 came out i went from “so-so” to OMG! and since then i have been hooked.
I wrote an article about FC1 a while back so if you missed it then head over to FarCry HD
Within seconds you will notice how good the graphics are and that goes for both the PS3 and PS4 versions, colorful, clear and amazing draw distances all bundled together with fluid fps and not a single frameskip.
The Music, speech and other sounds do a very good job of creating the correct atmosphere.

The graphics change quite a bit throughout the game and even with so many various effects and environments they still work as good as they should and it is pretty obvious to the gamers out there that Ubisoft did their best to craft all of this into a masterpiece.

In the game you will eventually hit the Himalayas (OH YES!), brilliant setting with blizzards and everything, looks amazing although nor you or the enemies leave footprints in the snow but that is the only negative thing i can say about this location really.

The game is littered with amazing weapons and you will unlock most of them by normal progression but for the really special ones you will have to do side-missions and other tidbits for them to unlock.  If there is one weapon i can recommend it would have to be the ROBOCOP pistol that you unlock in the Ubiplay shop via the main menu, this pistol was the single most used weapon throughout the game for me… all the way to the platinum.

It’s hard to write about FC4 without talking about spoiling some of the story bits but missions like the one pictured above introduce you to somewhat of a copy of a certain Ninja game released earlier last year, namely Shadow Warrior, the same type of graphics and locations. Looks amazing and plays amazing too.

It’s hard to write about FC4 without talking about spoiling some of the story bits but missions like the one pictured above introduce you to somewhat of a copy of a certain Ninja game released earlier last year, namely Shadow Warrior, the same type of graphics and locations.  Looks amazing and plays amazing too.

The map is huge! and the part you see above is only a small part of it.
The map is easy to navigate through, finding Fortresses, towers and such is easy and you can always buy upgrades that will help you find everything without having to get lost all the time, that said you can’t buy the actual thing! just the actual location of it.

Driving around in vehicles, flying in choppers and of course gliding like crazy with your wingsuit works amazingly good, variation is good but i always ended up switching off the radio as all that nagging on there got annoying over time.
Playing in Co-Op works well too and unlike the Co-Op, in FC3 this one is actually fun although you can not do the actual story in Co-Op everything else can be done in a nice streamlined approach.
Getting a friend to help you with taking down a fortress? no problem! want help finding all the secrets? no problem!.

The game also got a PvP mode, mostly 5 by 5 stuff, standard fare and i switched it off instantly as soon as the trophy for it popped… in other words, the Pvp is in my opinion horrendously boring.

Playing a huge open world game like FC4 would normally mean a lot of bugs and issues, textures missing, objects getting stuck and so on, well, in my 30+ hours throughout the whole game presented me with 2, yes only 2 bugs/glitches and one is one pictured above. The bug was not a game breaker, actually, there were no problems with it at all, it was just funny!.
The other one was a bit worse, it was a hunting mission where you need a certain weapon located in a cache, somehow the weapons was underneath a bed instead of on top of the bed, the only solution was to restart that mission, which took about 1 minute so yet again, not really a problem at all.

Amazing game and to be one of the best games of 2014, i have added a small video above with a random scene in it, enjoy. PS: it contains a spoiler. 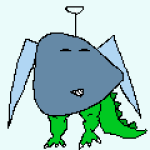 1 thought on “Elephants,Crocs And Action! – FARCRY 4”