Despite being announced and made available since last April, the boxed version of the game hit my doorstep only yesterday. It has been a long wait, for Inviyya is one of the most frantic and fun to play titles of the last months. Developed by Tigerskunk and published by Poly.Play, this software is an old-school horizontal shooter thought initially for OCS Amigas. Tony reviewed this title a while back so, as far as the graphic and the gameplay are concerned, please retrieve his article HERE. Since he worked so much on Inviyya mainly as a tester but also as a sort of advisor for other aspects of the product, he decided to let the unboxing in my hands: I was totally out of the loop in the developing of this product and I could likely provide a more objective point of view. Here is what I think … 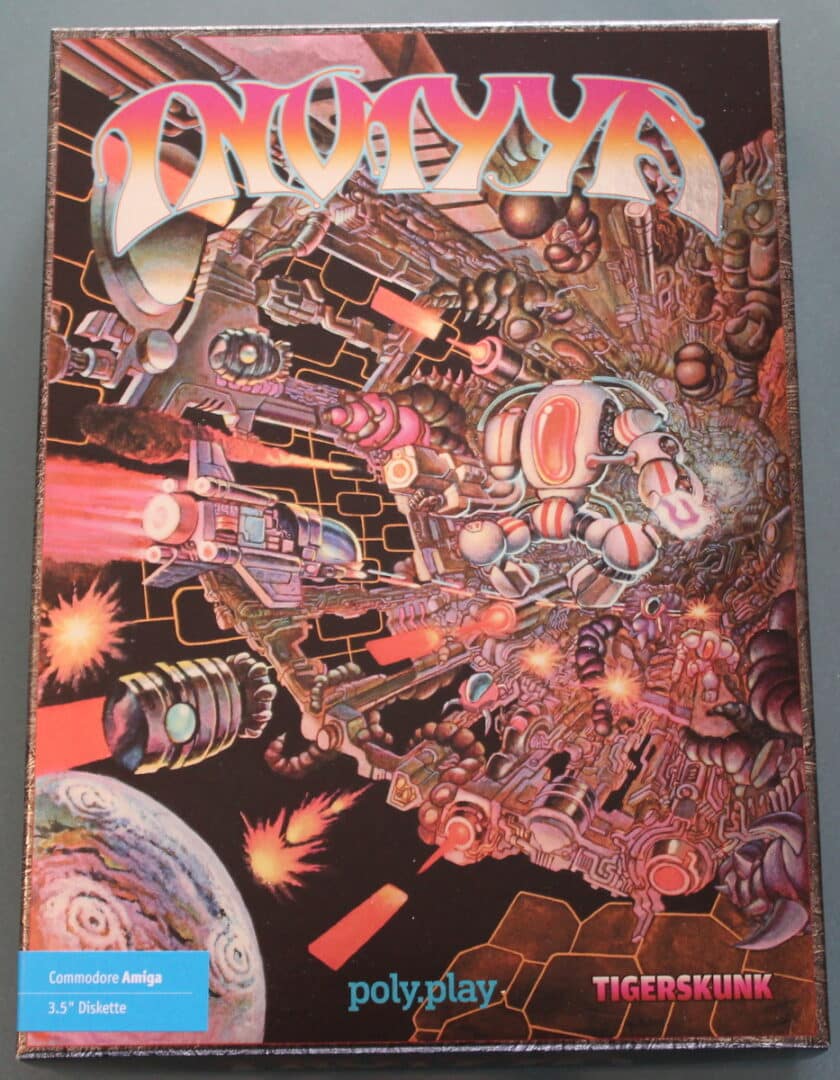 The first thing I’d like to point out is that I have never been a “box hunter” but, if all the boxes were like this one, I would surely become one. The picture doesn’t give it justice but the box (and all the inner content) has a peculiar “metal” appearance that made me think that ripping the seal was a crime. I am that serious: everything here screams quality; I’ll get to the actual box art later on in the article. The back cover is just the same, featuring a nice choice of colors and props display. 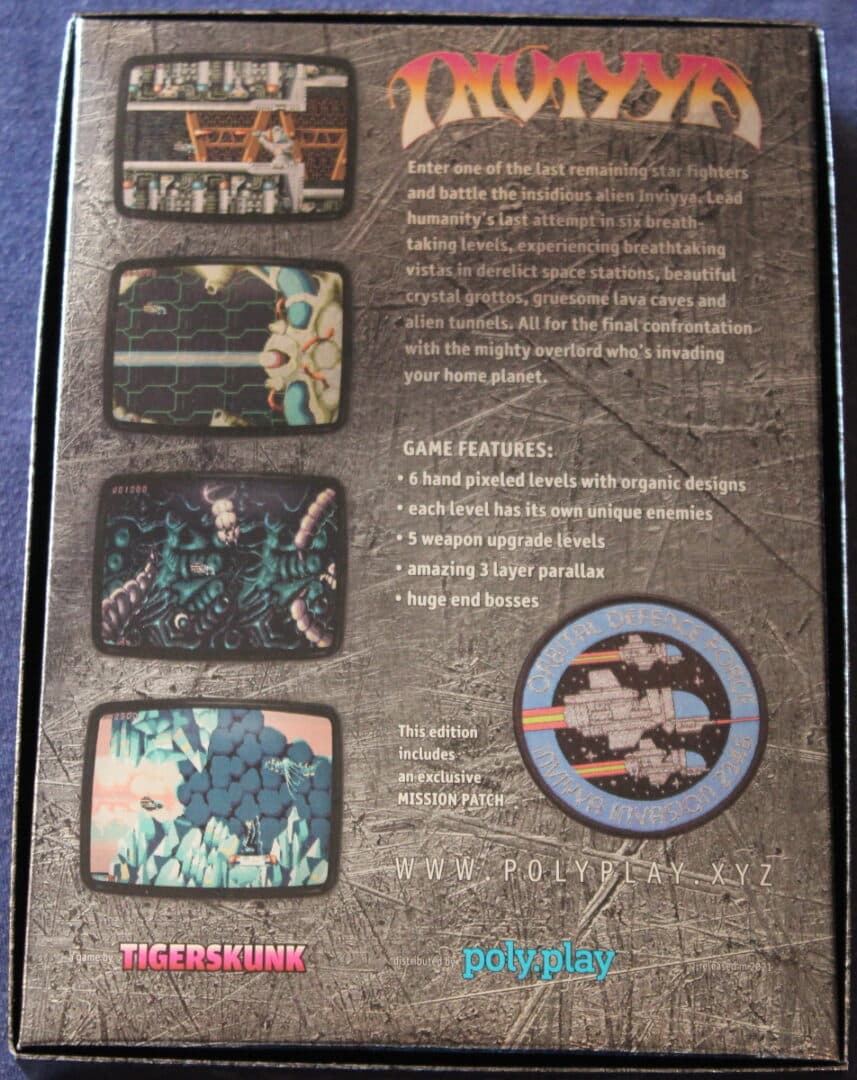 The box itself contains an A3 poster of the front cover image, the 3.5″ Amiga floppy contained in a “jewel case” size carton flap, the instruction manual and a short story (English and German) about the background of the fact written by Constantin Gillies. This 5-page booklet, which doesn’t look that important at first, is in reality very intense and perfectly captures the feeling of those “digital fighters” about to embark in a possibly suicidal mission to keep Earth safe from Inviyyas’ deadly threat. As creative as I myself tend to be, it would really cool if said short story could become a full-fledged novel one day. Finally, an Orbital Defence Force patch and a MicroSD card (in case one is not a lucky owner of the original hardware) complete the package. 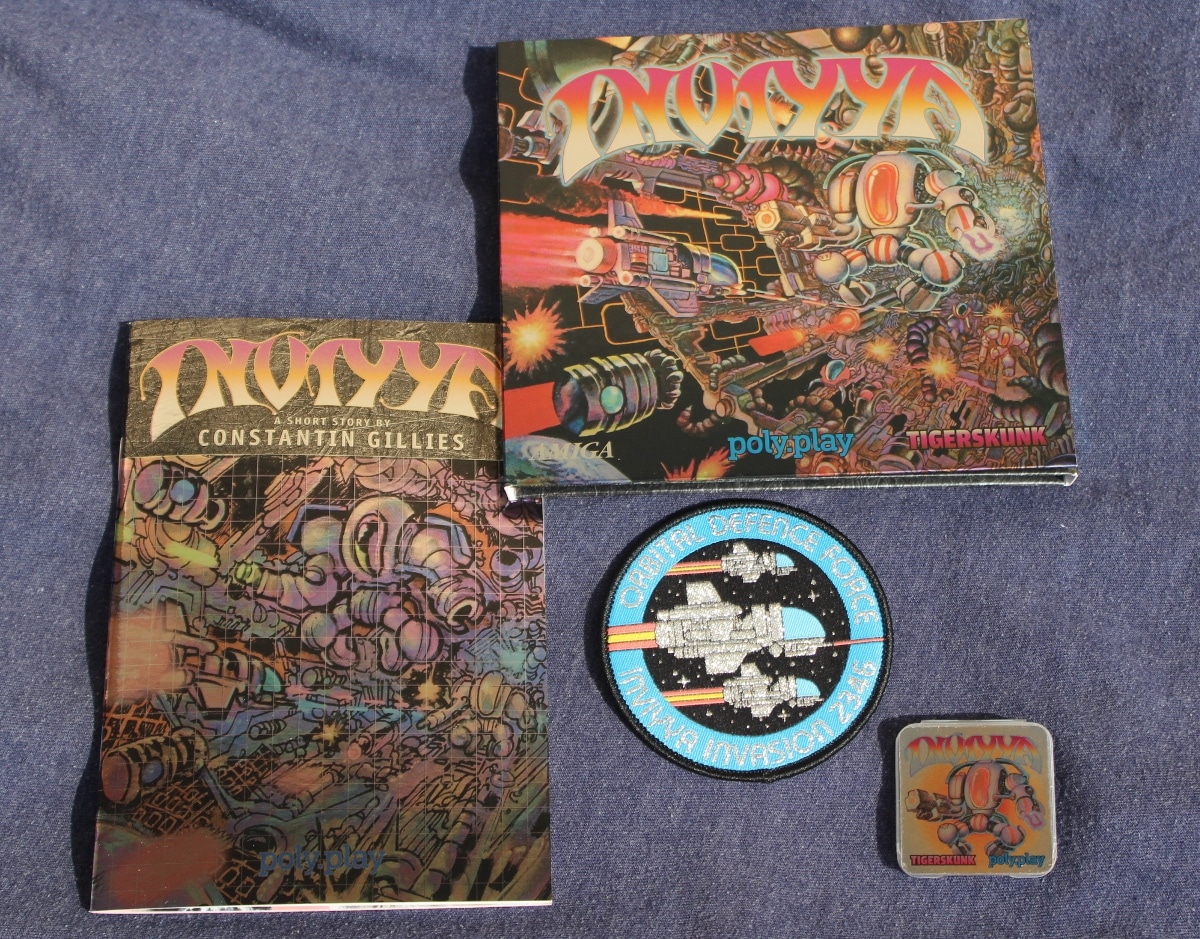 What struck me when the game was premiered on AmigaBill’s Twitch channel was that the author, Michael Borrmann, did everything by himself (code, graphics and music) despite not having that much of an experience, especially on 68K Assembly coding. Despite some skills are indeed needed before one starts such a journey, this is yet another example of how far you can go if you are really willing to do so: nicely done, Michael!!

As time went by, others joined the project but today I’d like to introduce Ralph Niese, the artist behind the cover illustrations. Sadly, Ralph passed away right after giving the final touch to Inviyya and, despite I never met nor “chat” with him, I decided to dedicate this article to his memory: you were a real artist, Ralph, and you will be missed. Rest in peace, my friend! 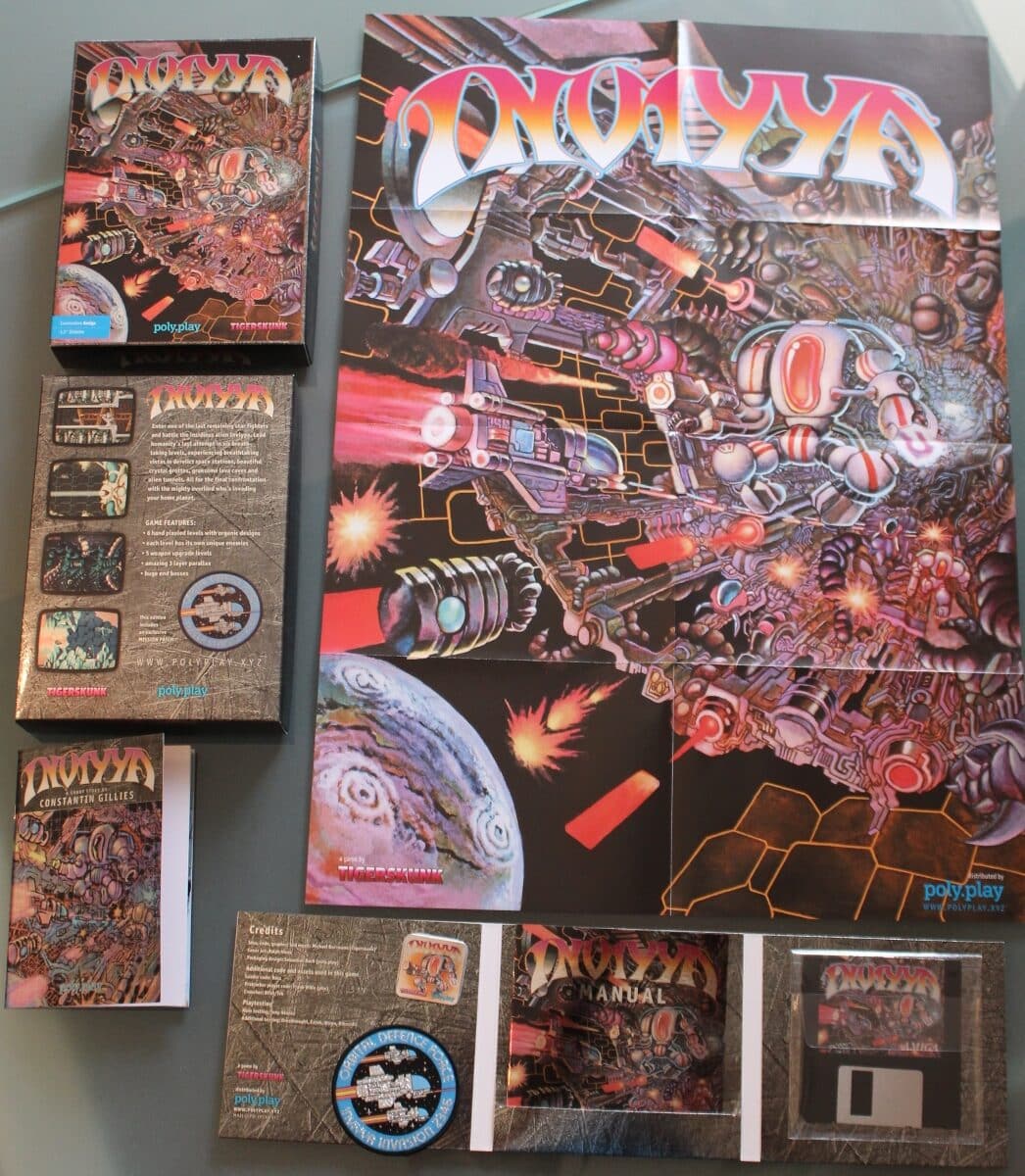 What else can I say, to close up this unboxing review? The game is fun and addictive, the publisher manufactured yet another great box, and we now have another good Amiga coder dedicated to keeping the flame alive. Could you ask for more?

Follow Us... Inspire Us To Get Better... Keep The Flame Alive
A Look At Whirlwind Snooker A Look At Forbidden Forest