Inviyya is finally here and for many, the wait has been very tough as not only was the first initial pictures and previews good but the game had a certain feel to it that we haven’t seen on the Amiga before.

Oh and one more thing before we start:

My review might be a bit biased as I have been beta-testing this game for a long time and yes I have most likely completed this game more times than Tigerskunk himself. 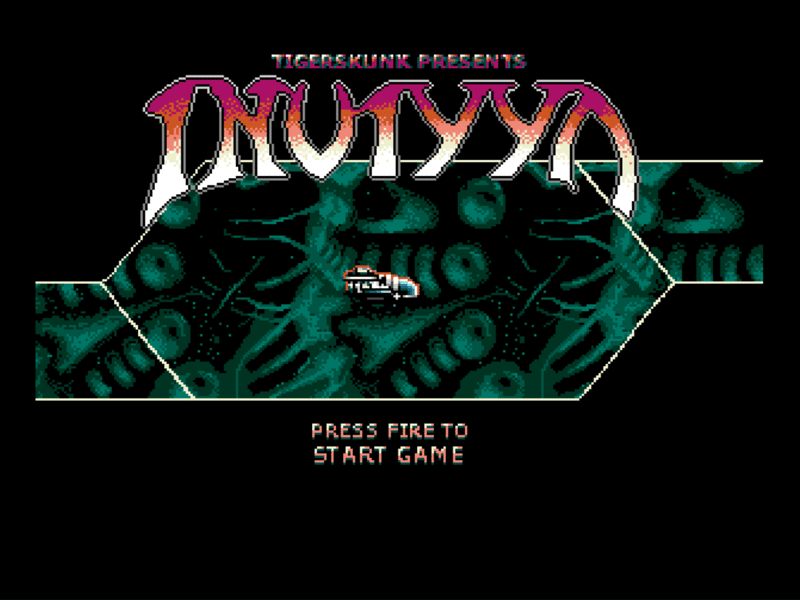 Inviyya kicks off pretty good with a Psygnosis tribute style intro (won’t spoil it for you guys) and after that it jumps straight into the main menu of the game where you get your first glimpse of the style of the game, a lovely scrolling background with a bunch of greetings and so on which is accompanied by a good tune, the first impression is strong and representative of what to come in the game.

There are no options to go through here, everything is simple and tidy but yes there is a high score table and if you are into those then I suggest you install the WHD version as that version got saveable high scores.

For a long time I wanted a Hard mode in the game but as time passed by Tigerskunk did many wonderful changes that made me forget it. 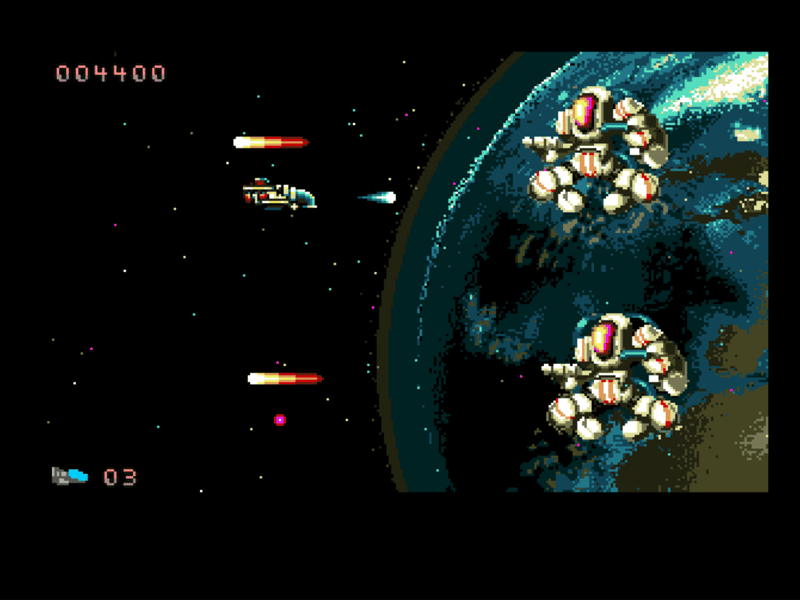 Inviyya is 6 levels long and all levels come with an end of level guardian or boss if you may, the pictures you see here are from the first level.

Some of these pictures might look a bit familiar to some of you as this is the level seen in one of the earlier demos/previews, that said Tigerskunk has worked hard on making it better and has tweaked just about everything in the level to make it reach a whole new level of awesomeness.

A few examples are that the level now has animated fans, the boss is also animated and yes the new graphics style has made it better looking and it all flows really nice.

The difficulty level in Inviyya is pretty much spot-on as it will require you to play the game a fair bit but it is never unfair or such, skill and luck will of course be rewarded and while many might struggle to complete the game I think that most will get far into the game if they just play it for a while.

The music has also changed throughout the project and in the end, now I think the balance between all the levels the sound fits the game very nicely, not repetitive nor boring although very different to other games. 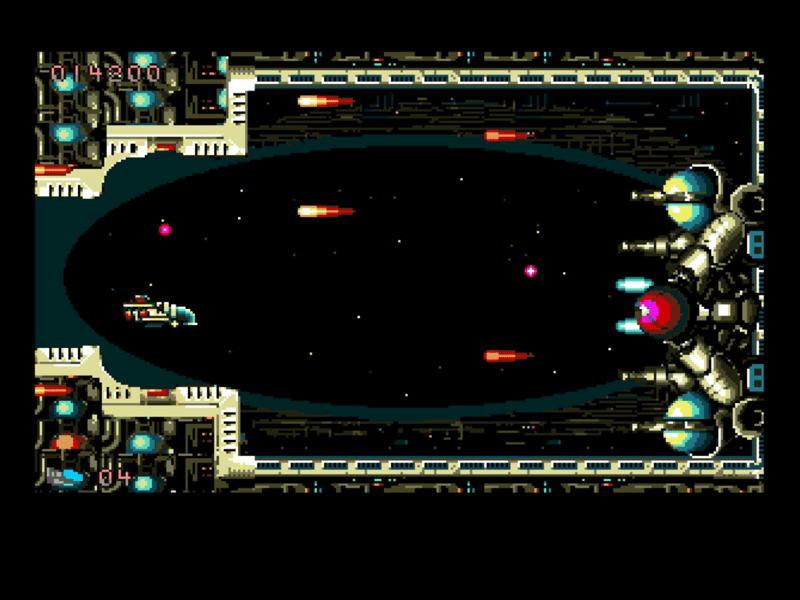 The boss fights are varied and all of them have a pattern that you need to learn to master, some bosses charge you, others just shoot at you and so on but yes evade, shoot, evade and look for a way to kill them is basically my best tip.

I have decided to show only a little bit from each level from here on, this is because that I feel you guys deserve to be surprised while playing the game too, there are a lot of things to write about but I think of those as spoilers. 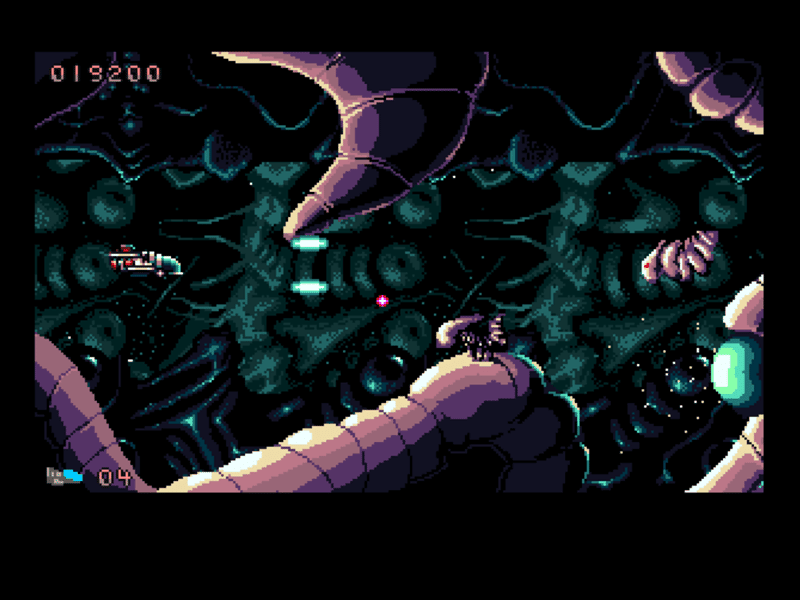 This is a picture from level 2, it is very H.R Giger’ish to me and this is quite possibly my favourite level of the whole game.

The weapon system in the game is pretty straight forward, you pick up upgrades for weapon and speed throughout the levels and there are no specials or awards for killing all enemies and so on which means that if you stay alive you get better weapons even if you suck at the game.

If you die then the weapon will get downgraded a few levels. 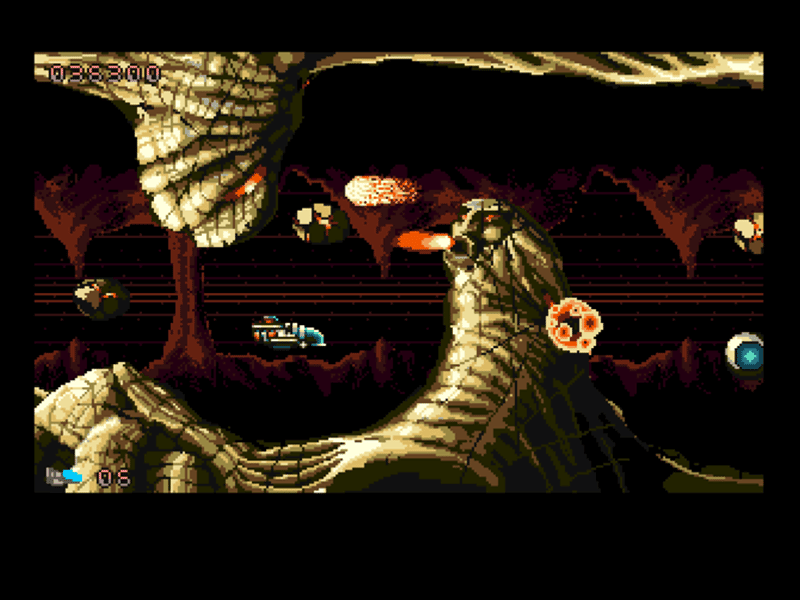 This is a screenshot from level 3, a really nice cavern styled level where there are a lot of evading to do and this is where the game ramps up its difficulty a bit for the first time.

The background parallax layers in this level look very different to the earlier levels and the whole style feels so fresh after playing the alien level just before it. 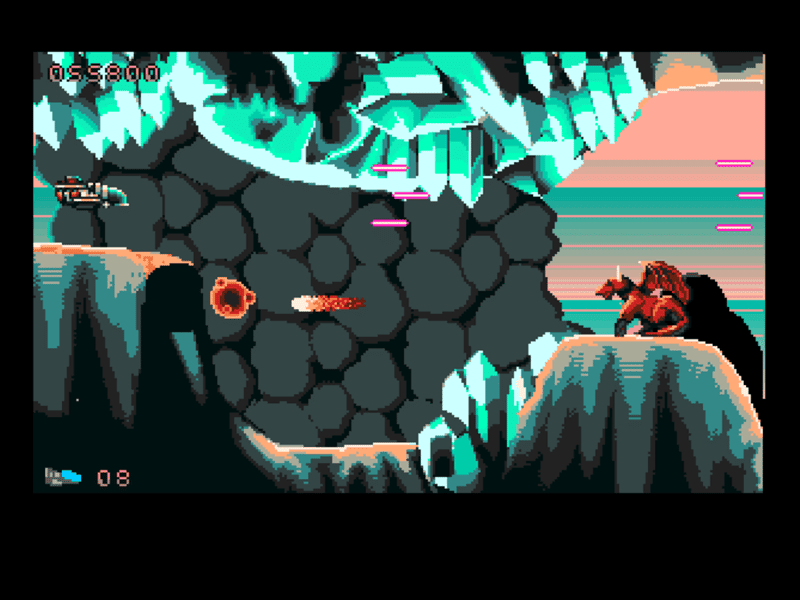 This is a screenshot from level 4, this level had a major change of everything just a few months ago and that for the better and I like to call this level “the Scramble level”, the reason is that when I first played this I just couldn’t stop thinking of the old arcade hit Scramble.

The theme for this level is dragons and crystals, it does look really good and the boss fight got a nice twist too. 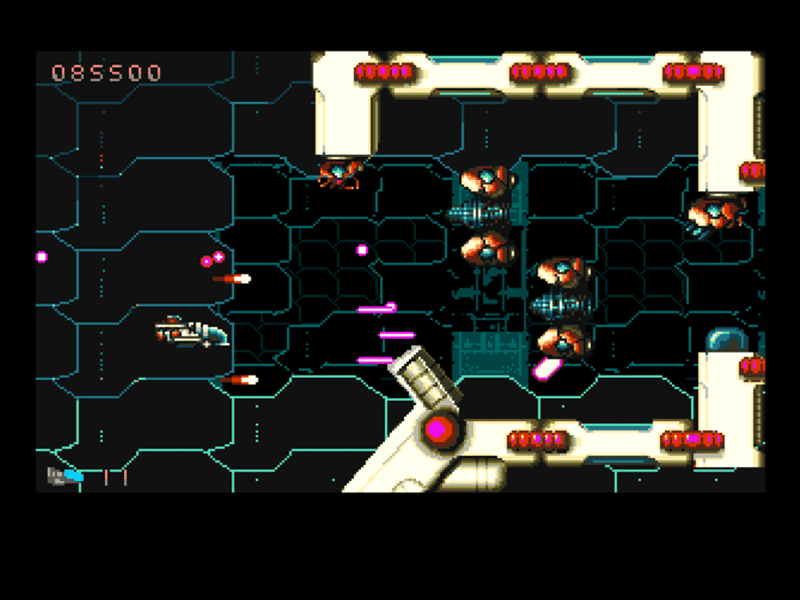 This is level 5 and the last one that I will show in this article (or maybe not..), this level is both pretty lush to look at and hard to play, it requires precise movement and a lot of shooting, the boss fight in this level can and should be one that you will die a lot on (no I have no idea what it is supposed to be but yes I love it nonetheless).

Inviyya is silky smooth, there are some very nice layers of parallax scrolling to be found throughout the game and there are never any frame drops either nor any objects that vanish and so on and yes the game runs in pretty much fullscreen and has sound fx and music at the same time.

Inviyya comes on just one 880kb floppy disk and the game is designed for OCS from scratch which means it will probably work on just about every Amiga out there.

Inviyya will come in several physical versions and yes there will be a CD32 version as well as an floppy version and if you go for the Collector’s version you will get a fantastic looking box, more about this in the unboxing article later on.

The game is priced from 10 Euros (Digital version) and physical versions start on 17 Euro (budget versions) and ends at 32 Euros for the full blown Collector’s box with everything.

A little teaser from the final level below and that is the only thing I will say about it for now. 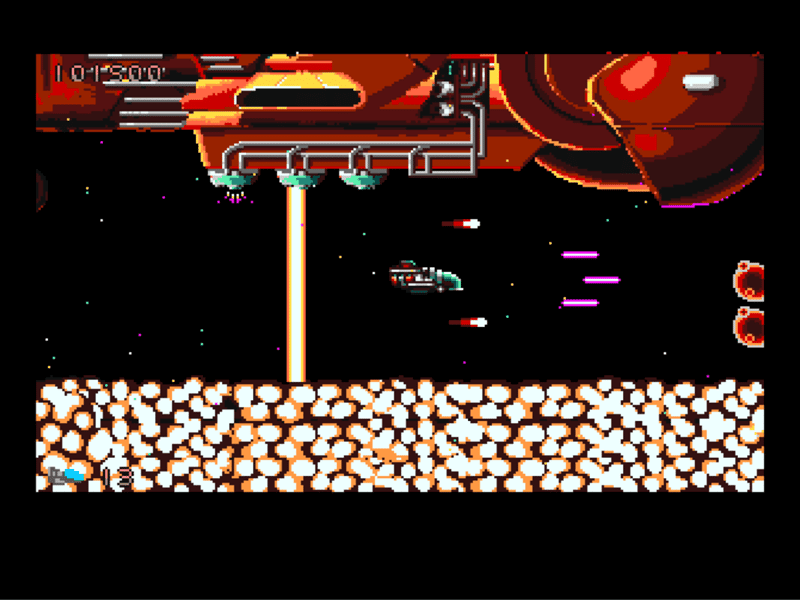 Tigerskunk has done a marvellous job with Inviyya and the level of quality that has been accomplished in this final product is for sure something the big companies back in the day would have fought over, if Psygnosis or Team17 had been around on the Amiga still then this game would for sure have been published by one of those. This is most certainly one of the best OCS titles in a long, long time and one that every single gamer and Amiga owner out there needs to have in their collection.  Go Get It, You Won’t Regret It!

PS: I am very happy that this project has come to an end now but at the same time I will miss it a lot and I will miss working so closely with Michael Borrman (Tigerskunk) more than it is possible to describe, it has been a rollercoaster ride for sure with both ups and downs but we got through it and he is probably extremely happy that I won’t send him all sorts of crazy messages and whatnot at all hours. It has been an honour to be part of his fantastic project/journey.