I have now finished all 3 games and I can safely say that all 3 of them are typical overhyped “grown up games”, yes they do have some very interesting storytelling and there’s always some really good new ideas in them but one has to ask themselves, if the ideas are so good then why on earth hasn’t anyone copied them and used them in other games?.

I went for the Premium Edition, looks sweet and includes a few goodies in good quality like the artbook and figurine and I do need to mention that the box design is excellent as those colors and the whole look just makes me drool like a 3-year-old.

Artbook and flyers were a bit of a let down at first but when i had played the game i bit i kinda grew on them but those PlayStation themes that comes exclusively with the game was well worth it and some that i will use for a long time for sure.

Now over to the actual game, i will try and not spoil it for you guys.

Yes this is actual screenshots, all of the ones i have posted here, looks amazing doesn’t it?, that was one of the reasons for getting it and at a distance, they do look amazing… 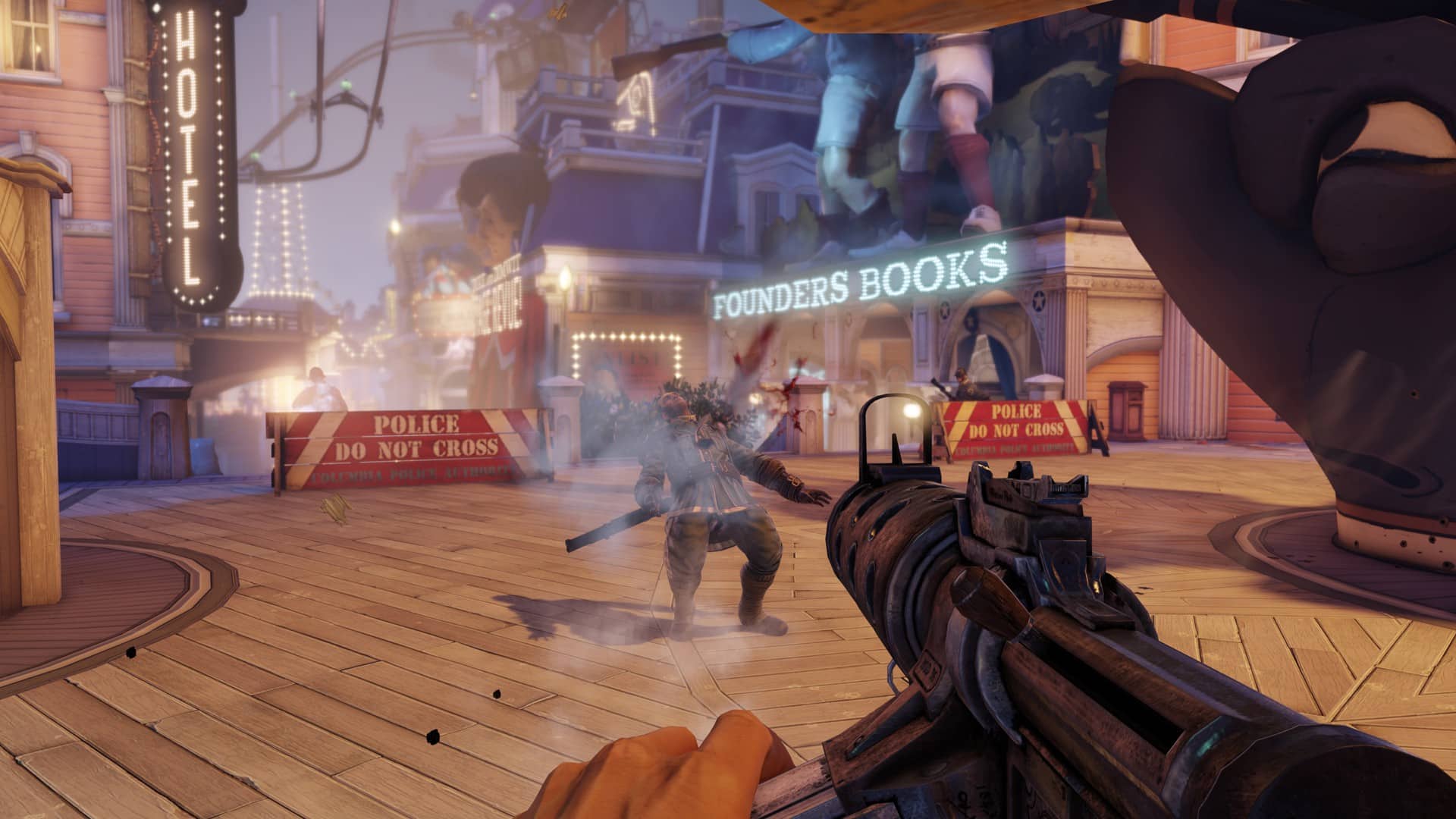 Sadly it’s not as good when you’re close up to stuff, thankfully not enemies or such but when it comes to static stuff like furniture etc it looks like a 16bit 3D game if viewed from certain angles anyway.

Loads of bosses in the game and it is quite fun to take them down with you superpowers and so on but sadly i forgot all about them all the time.. 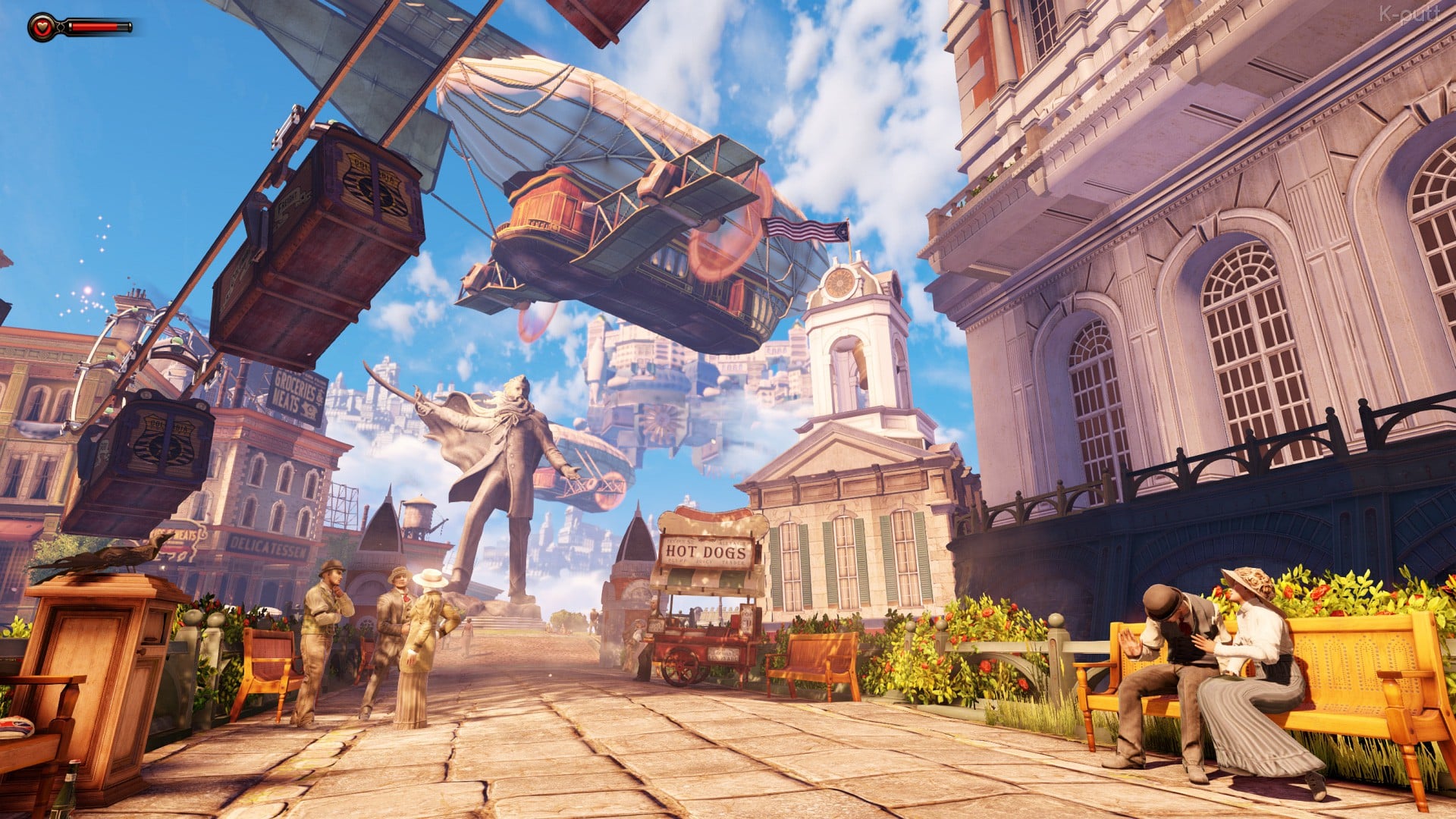 The Harmony, the amazing visuals …it is still far away from the quality of God Of War Ascension and Uncharted 3 in my opinion but still damn fine. 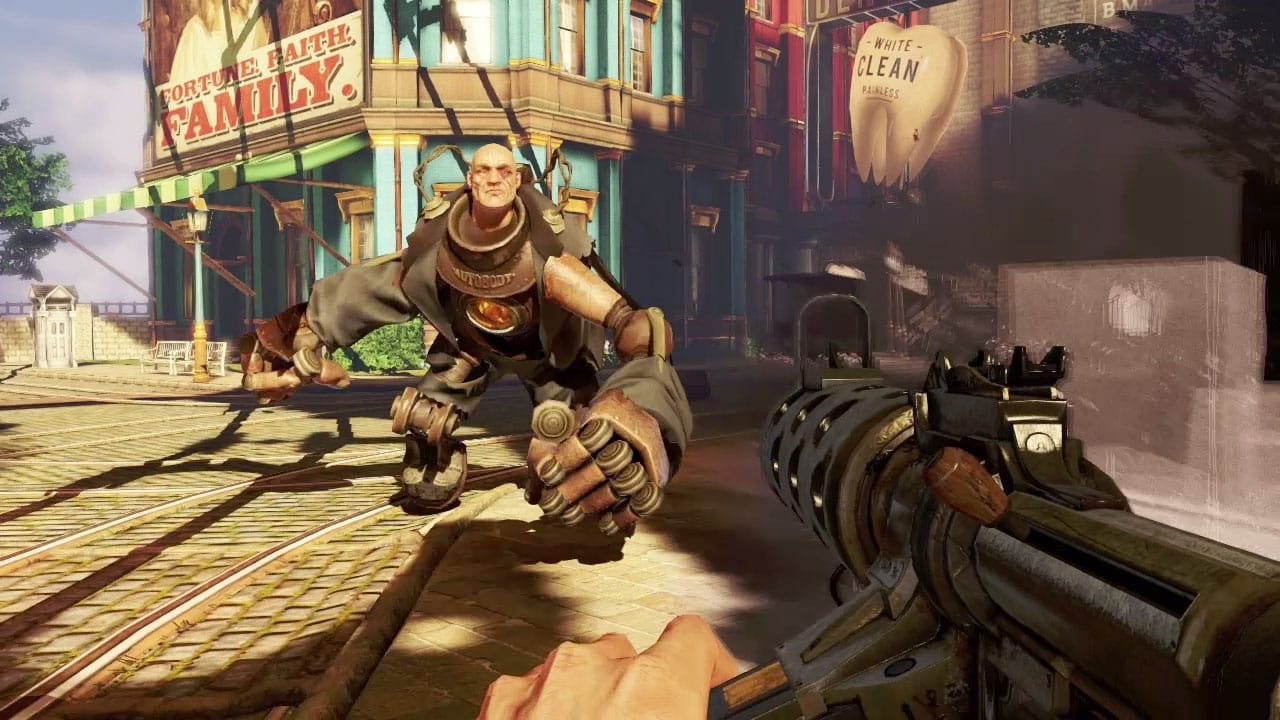 I played the game on medium difficulty all the way till the last level, it was hard on medium but still fun and it made the game feel longer than it really was, upgrades and money felt far and between and to be able to max out upgrade.. well to say it nicely, i have absolutely no idea how you can do that at all unless it carries over the to the next game you start. 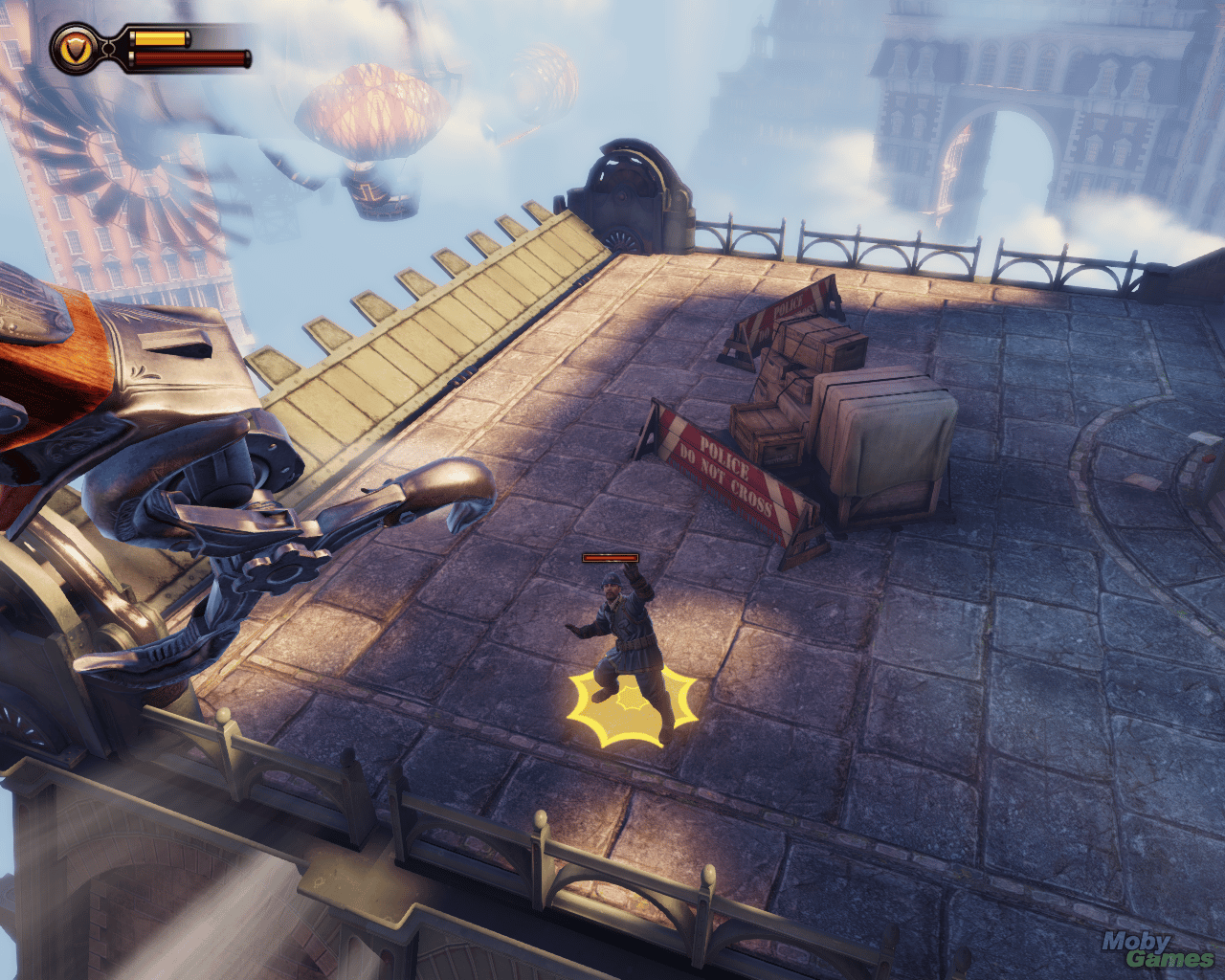 As always, the Bioshock games goes out with a bang on the last level and i can safely say that i must have died and restarted the autosave (start of the level) 50 times, it is obvious that i suck at the game series as this has been a typical thing for me and i had to switch difficulty down to EASY to actually be able to see the god damn ending as i was about to go totally apeshit on medium difficulty.

I managed to complete the game on easy and i was like 1 second away from dying, i was 100% sure i had died actually until i was told that i had managed to survive. 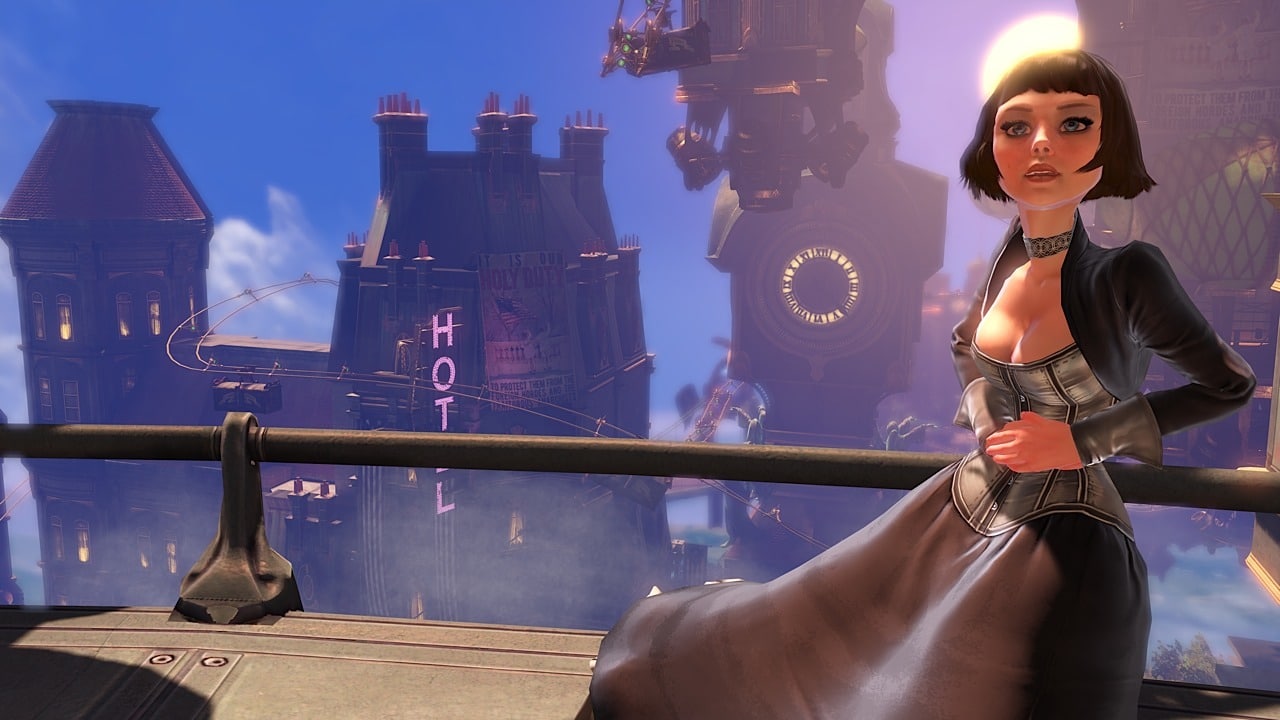 Bioshock Infinite is indeed a good game, it has the storytelling as it’s strong point but it’s bundled with an “average” gameplay and plot but it gets much better towards the end although i had guessed the whole “point” of the game before i had reached it.

I can safely say i will miss Elizabeth, she had something that i liked and same with the guy you play (DeWitt) but i miss“little sister” in Bioshock 1 and 2 more. 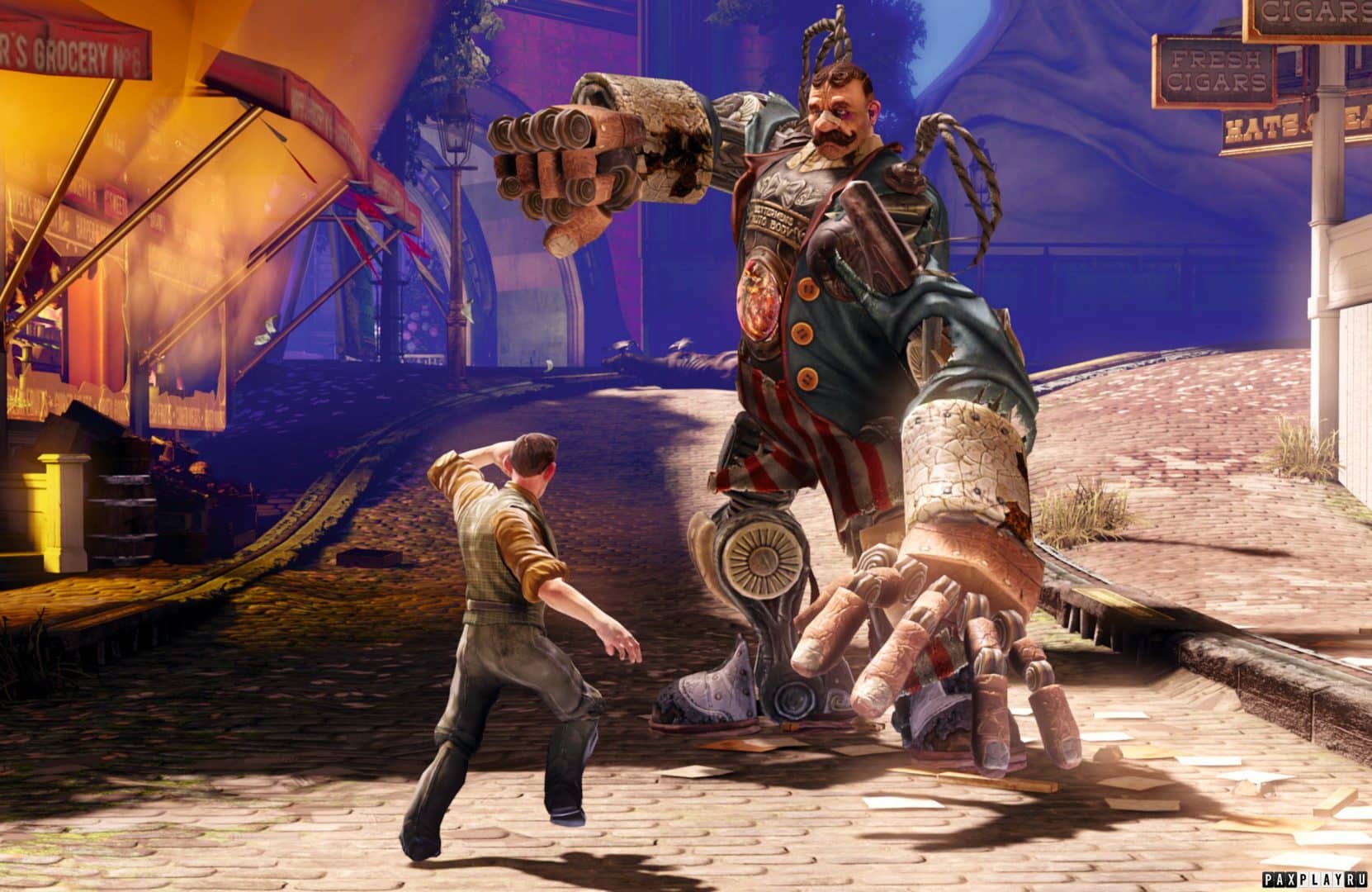 Gameplay is smooth, it’s not subpar HD and the framerate is steady and fluid at all times, i did not notice any slowdowns or tearing what so ever through the whole game, great stuff.

Shooting feels rewarding and fun and the punch it gives is also good so it feels you can do damage with even the simplest weapons or “abilities”. 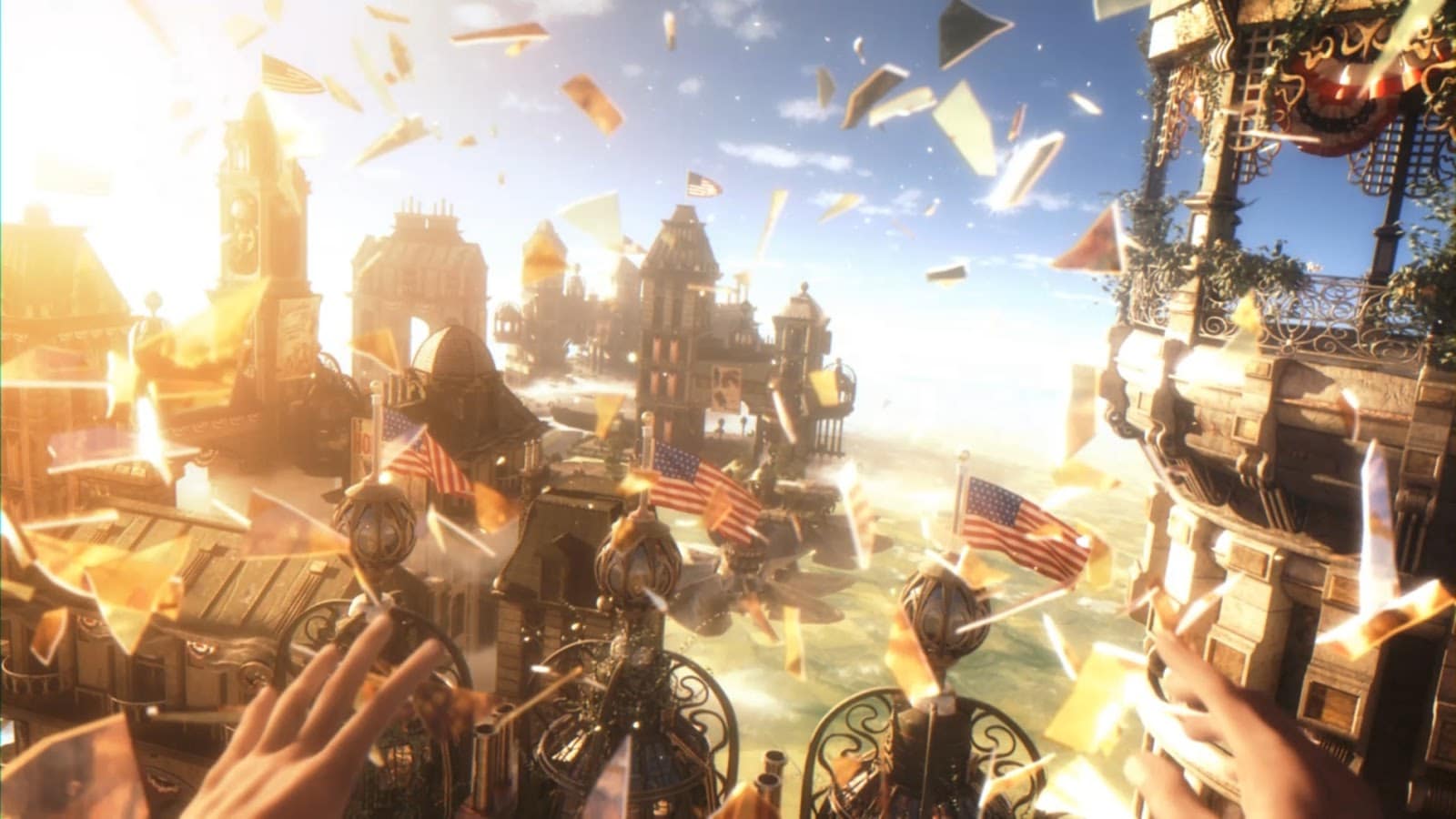 One of the best features in this game is the Skylines , you can attach to them and ride them like a roller coaster to take down enemies and get around faster and at some places in the game it is required that you do it all the time, feels solid and fun and the whole skyline takedown moves is very rewarding.

My final verdict on the game is that i won’t play this game ever again (most likely anyway) as i have experienced it now and i really hate that last level in the game and also all the backtracking so i’r rather just play something else but i do think that this is a game that a lot of people should try but then again i think this would have been better as a movie than a game.

2 thoughts on “Bioshock:Infinite PE, It’s Hard To Be Up In The Skies”