Jeff Minter AKA Yak is one of those guys that i just can’t get enough of, i have been a huge fan ever since his very strange Camel games back in the 80s, hell for all i know it might even be longer than that too as he made a lot of games before that too including the very memorable Hover  Bover.

Polybius is one of those games that once you start, you can’t stop. 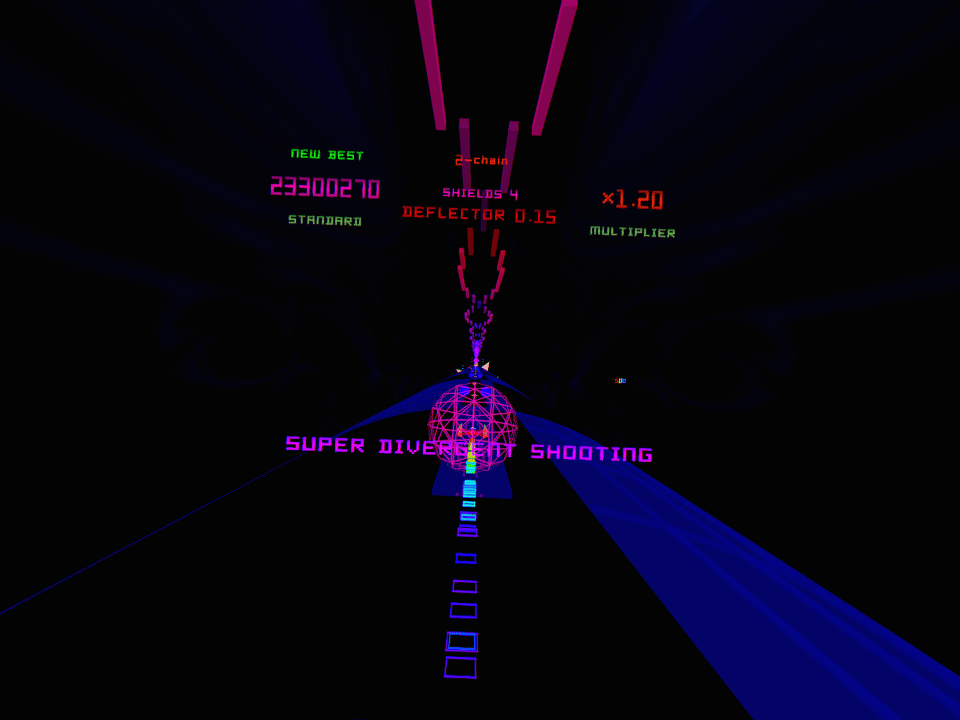 It is a vector based game, at least the style. I played this game in VR only while doing screenshots so some of them might look quite funny due to me playing it like a crazy monkey.

With its classic look and feel comes a lot of visual goodness, it is simply amazing at times as the framerate is impeccable and the style of the gameplay just screams frame jumping or drops, nope i have not seen a single one so far. 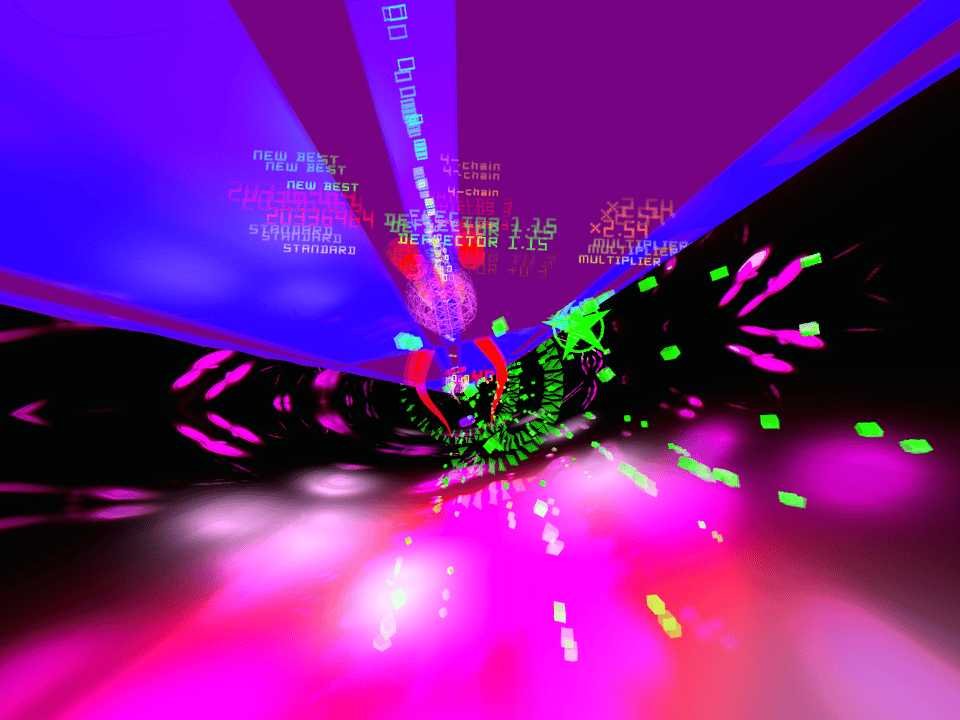 The game sports some fantastic tunnels and general old-school design, everything at 120 frames per second.

One can spot a lot of Amiga effects throughout the game, quite funny to see even the Boing Ball in here as well as some other funny effects from the past. 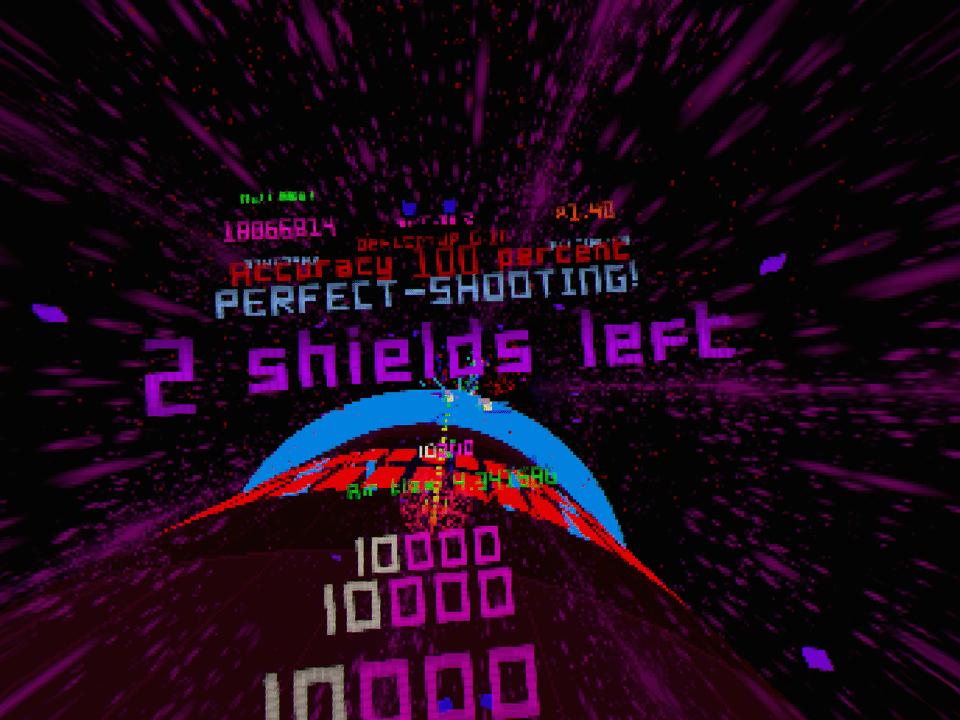 The game sports an amazing amount of objects and details, just look at the craziness above, and guess what. It gets even crazier than this. 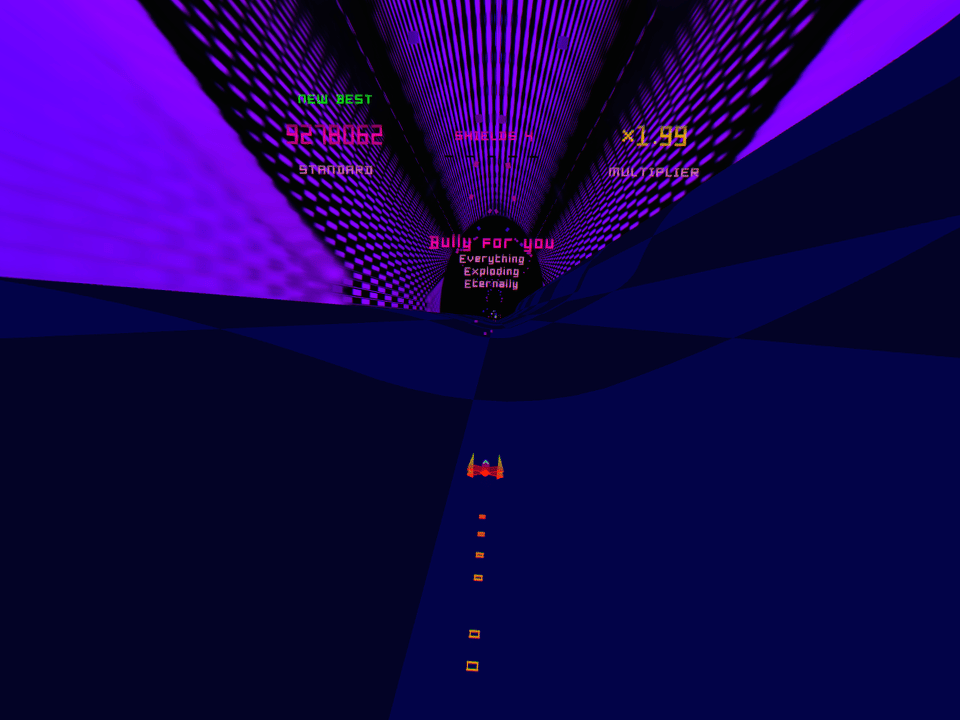 The levels in the game are quite varied and sometimes it changes the design of the “track” totally so you end up flying upside down and round and round.

It actually reminds me of our old game Wild Flying in terms of some of the levels. 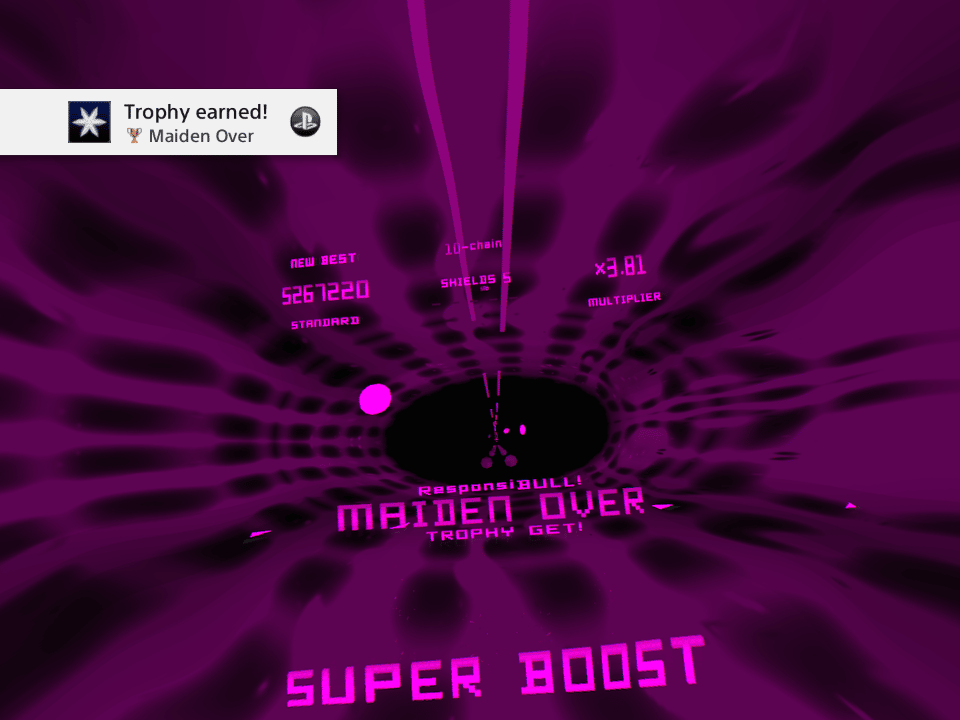 I guess any Amiga owner will notice this tunnel design from the Amiga classic Super Stardust. The only difference here is the fact that you can fly on the walls and so on. 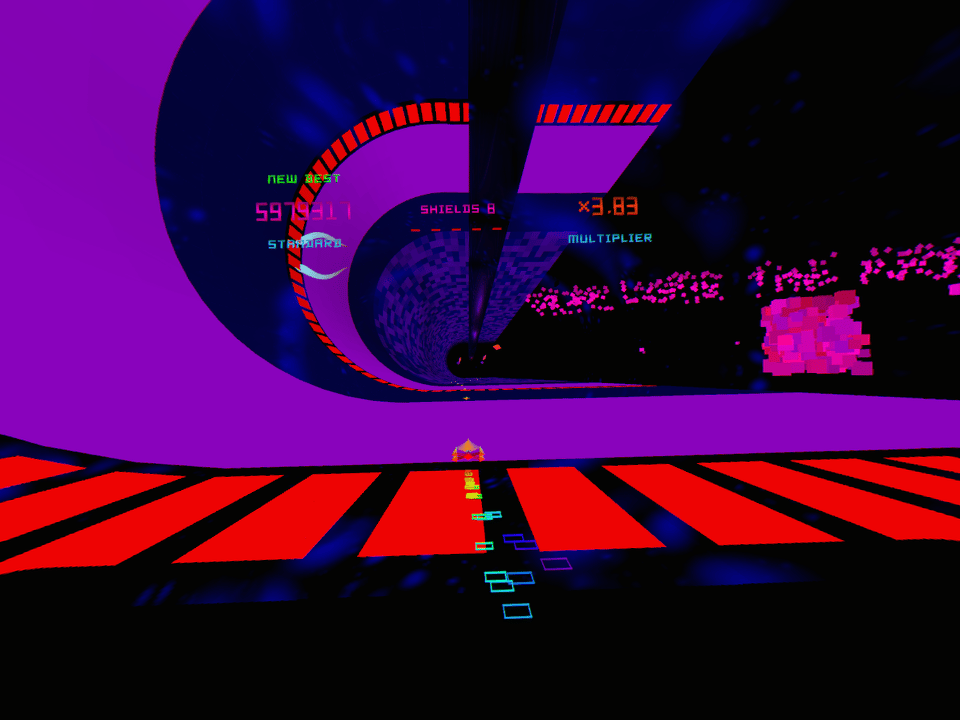 Here is another awesome level, this one reminds me a lot of Tempest and that PD/shareware vector based clone on the Amiga which name has escaped me sadly. 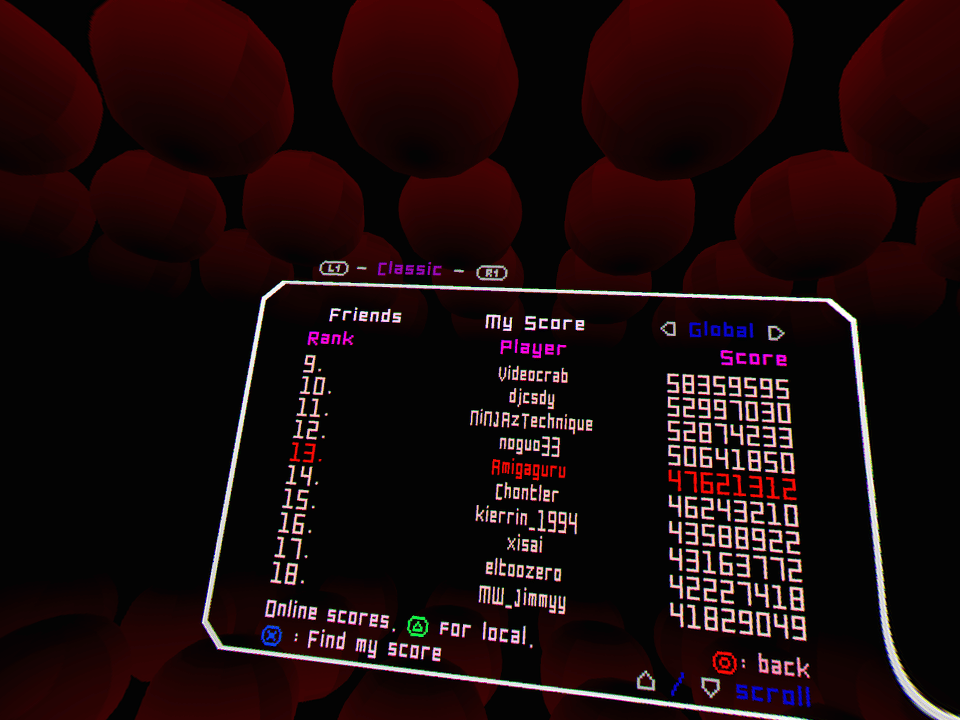 A pretty cool high score list is also in the game, online naturally, just to piss off most casual gamers who end up going berserk when they realize that they suck at the game. 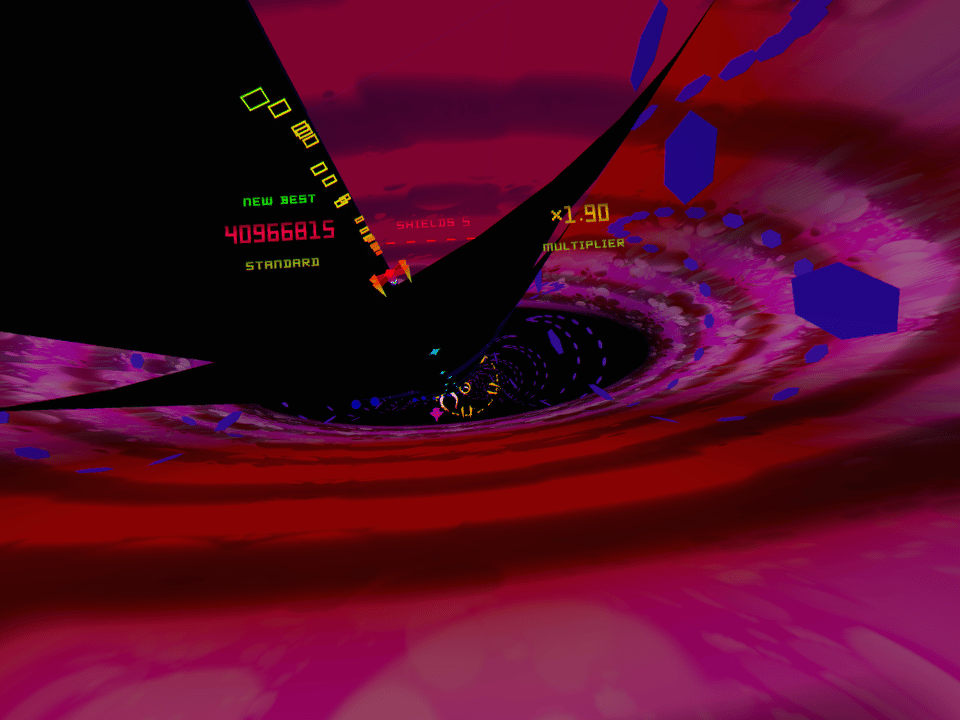 Some plasma-like levels are also present in the game, they may not look all that in the screenshots but believe me, this game owns in both VR and 3DTV.  I have yet to try it without any of those but i guess the game is quite good still.

I have decided to include an insane amount of screenshots for this game as i personally think that this is a game EVERYONE needs to buy, especially every VR and 3DTV owners out there.

EDIT: I have added a video of the game’s first 7 levels, thanks to  Stephen C. Morton ( of LLAMASOFT fan site on FB) for the suggestion.

There is nothing like this game available on the PS4 and it is so impressive that this might even turn up as my GOTY for downloadable games this year, and that is quite a feat since i get most games out there.

If this game ever comes on on disk then i will buy it for sure, this is possibly the best shooter in years, yes even better than REZ: INFINITE on the PS4/VR.

6 thoughts on “A Look At Jeff Minter’s Polybius”