This is my first post on the blog and as such, I would like to start by greeting ToAks for giving me such an opportunity.
Secondly, I’d like to point out that this is just my own personal opinion. No one else can be blamed for the content of the article.

Having said this, the present article aims to take down a few Deep Space 3 myths that I often found on the news.

MYTH #1: DS3 is easy because it features infinite ammo.
Ammos in DS3 is not infinite, even though there are glitches that can help you in this department. Inside DS3 ammo is UNIVERSAL, meaning that you can use an ammo clip regardless of the weapon you are currently equipping.
At the start, I DID think it was a big help to gamers (which I didn’t mind since I don’t have much time to spare these days), but truth is (IMHO) that ammo won’t help you much if you didn’t craft a good weapon. This is particularly true if you are a trophy hunter since you will need to fire-burn, acid-burn, chop and electrocute various kind of Necromorphs.
These operations require using different weapon parts that not always fit in the same assembly.
To craft weapons, you will have to hunt for circuit-clips and weapons-part, some of those being very well hidden inside each level. Furthermore, you can only carry two weapons at the time, instead of four of the previous chapters of the saga. 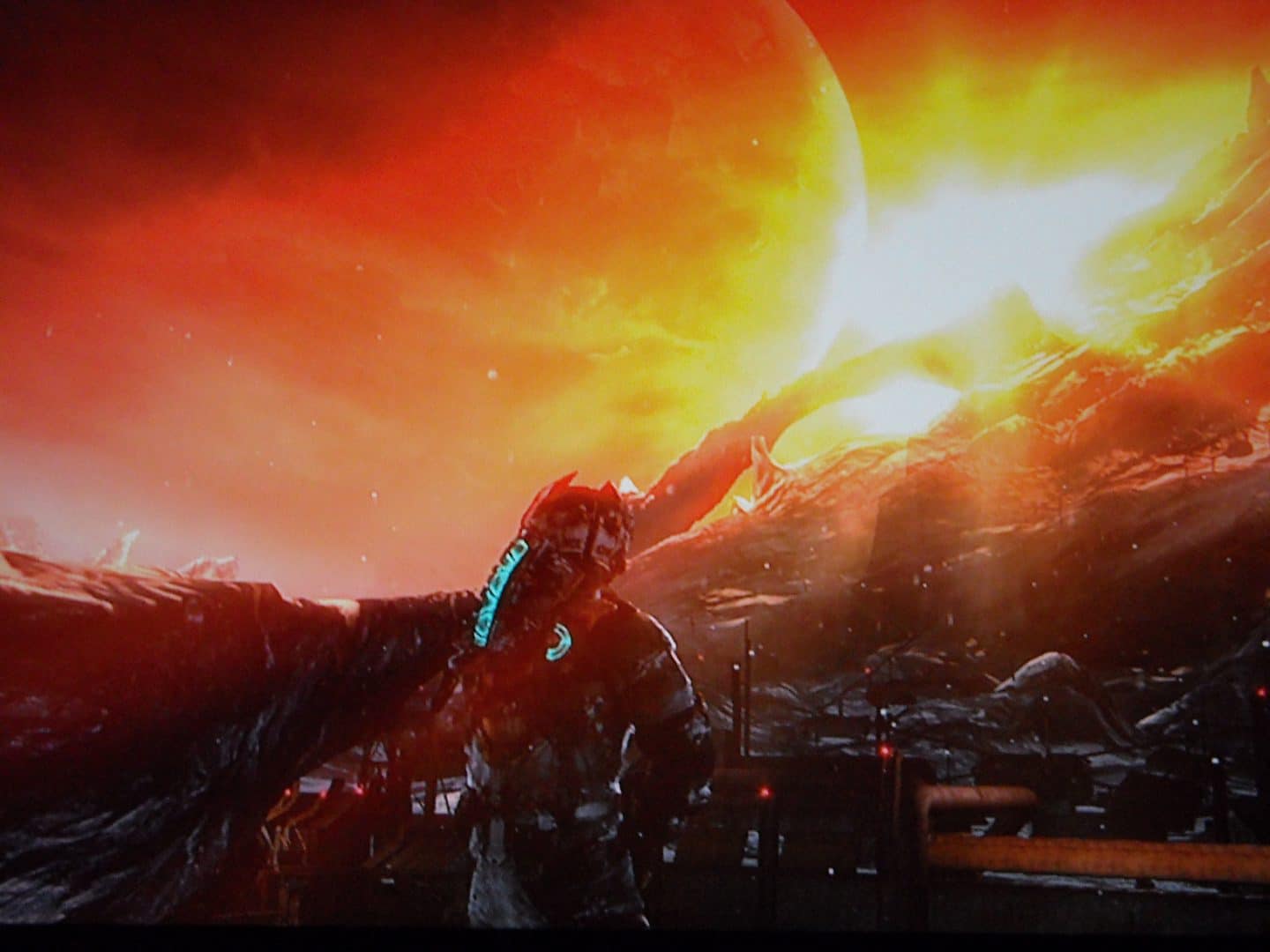 MYTH #2: DS3 feels more like a shooter than a survival horror.
Well, some parts are indeed like that. Nonetheless, I always felt like these “shooting” sections were appropriate given the situation and they didn’t feel out of place (at least to me). Although it is true that wandering inside the Ishimura was all a different story (I still suffer from nightmares from time to time, and going back to that ship gives me the shivers), there’s much more “space” here than in Dead Space2. About half of the game is settled
on various spaceships around the icy planet “Tau Volantis”. Those ships look credibly old (story starts 200 years before the first Dead Space) and zero gravity sessions are set in outer space (for the most part). At the end of “part one” you will get an “asteroid shooting section” during the descent on the planet. It is a rough trip, and it fits well with the story. 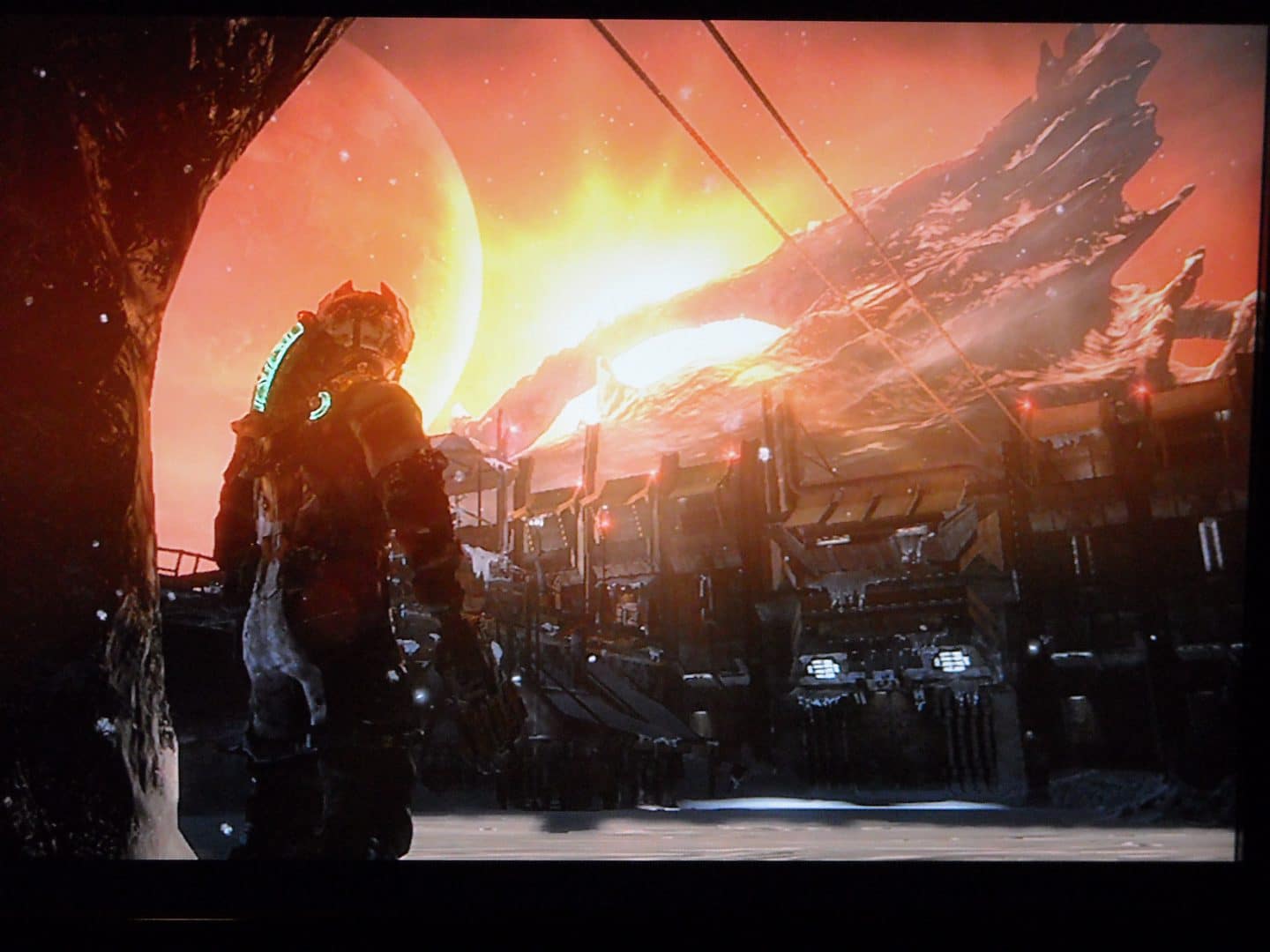 MYTH #3: DS3 is not that scary due to the co-op introduction.
This is the part that is considered to be a major drawback by a lot of gamers. In my opinion, the situation was over-emphasized. It is perfectly possible to play DS3 the old way, that is “by yourself”. There are only 3 co-op optional missions but they are not mandatory, unless you want/need the related trophies. Playing co-op is indeed a little less scary, but it’s fun and it is rewarding. You get to see a part of the story that is somewhat disturbing and that complements the overall plot. I played co-op with my 8-year-old son (don’t tell PEGI!) and we did have fun. In my experience, the co-op related problems stem from something totally different.
First of all, you can invite your friend in any moment yet, after the invitation did get through, you will have to restart your game from the latest checkpoint or reach the following one before he/she can join in! This process can take some time (especially if you are in the middle of a Necromorph fight) and it is annoying.
Even worse, I did get kicked out more than once from the co-op session while I was playing. I know I have a shitty connection but in the last 6 months, I have been playing co-op a lot (RE: ORC, Tomb Raider, and RDR just to name a few) without any problem at all. DS3 pissed me off more than once from this point of view, getting significantly worse with
the increasing of the distance between my co-op mate and me (got minor problems here within Italy, a lot of problems with Germany and it resulted nearly impossible to play with american friends). The very annoing part of this situation is the following: if this happens at the end of the co-op mission, you will likely loose every item found and the mission will
not count as complete! (AAAAARGH!) 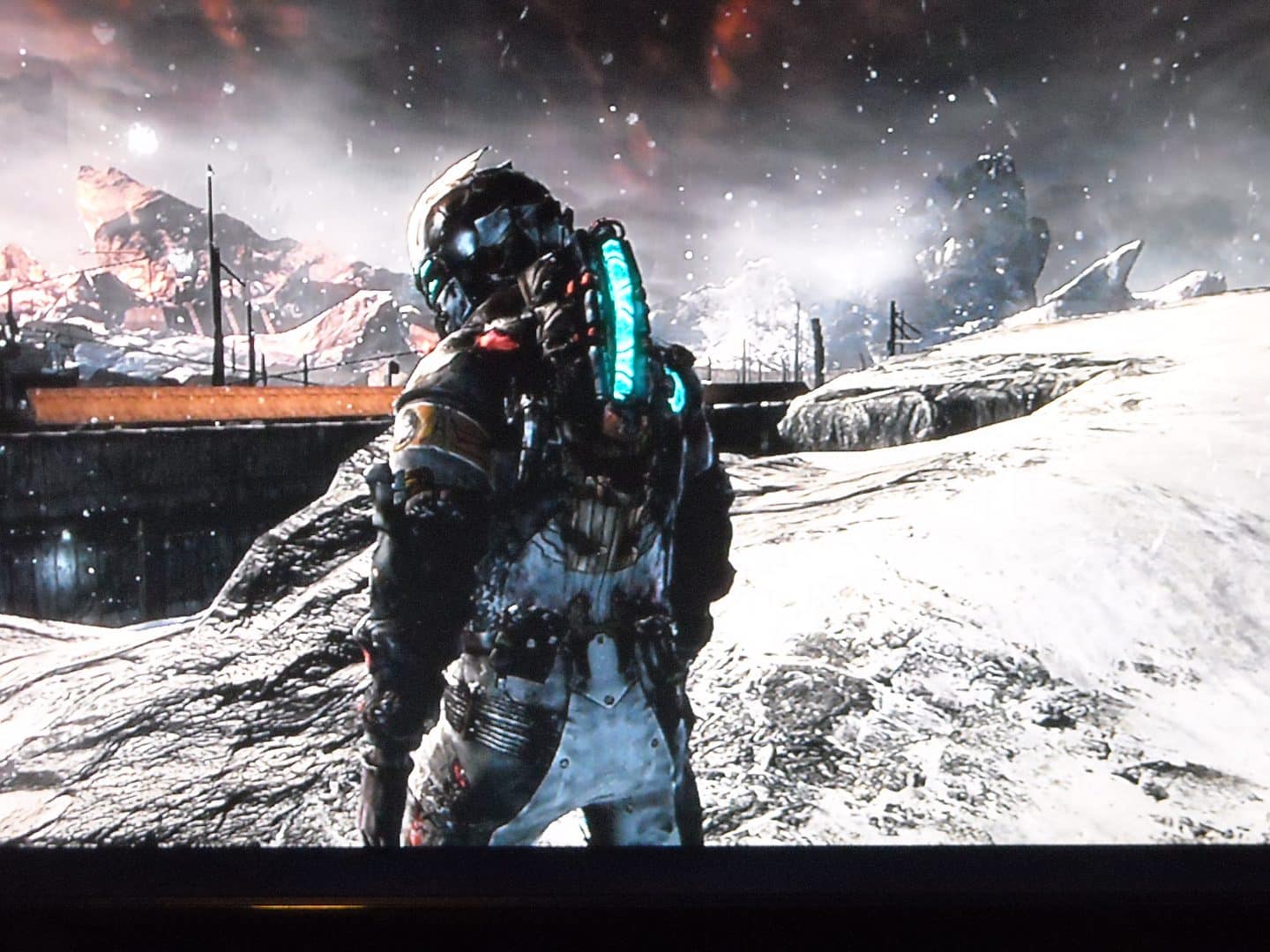 So, would I recomend buying this game after all I said? As usual, I can only say that it is up to you and it is strictly related to the experience you are trying to get. I am a big fan of the saga and I got this game in Limited Edition.
At present I spent over 40hours inside the game: I completed it 100% getting all the optional missions (solo and co-op) and all the collectibles (weapons part, text and audio logs, artifacts, circuits and so on) ; I am also only 2 trophies away from platinum, therefore ….

… I personally think DS3 is worth buying since you get to space, you get fear, you get action and even co-op experience …. but that is just me!

Thank you for reading, and please don’t miss my next posts 🙂 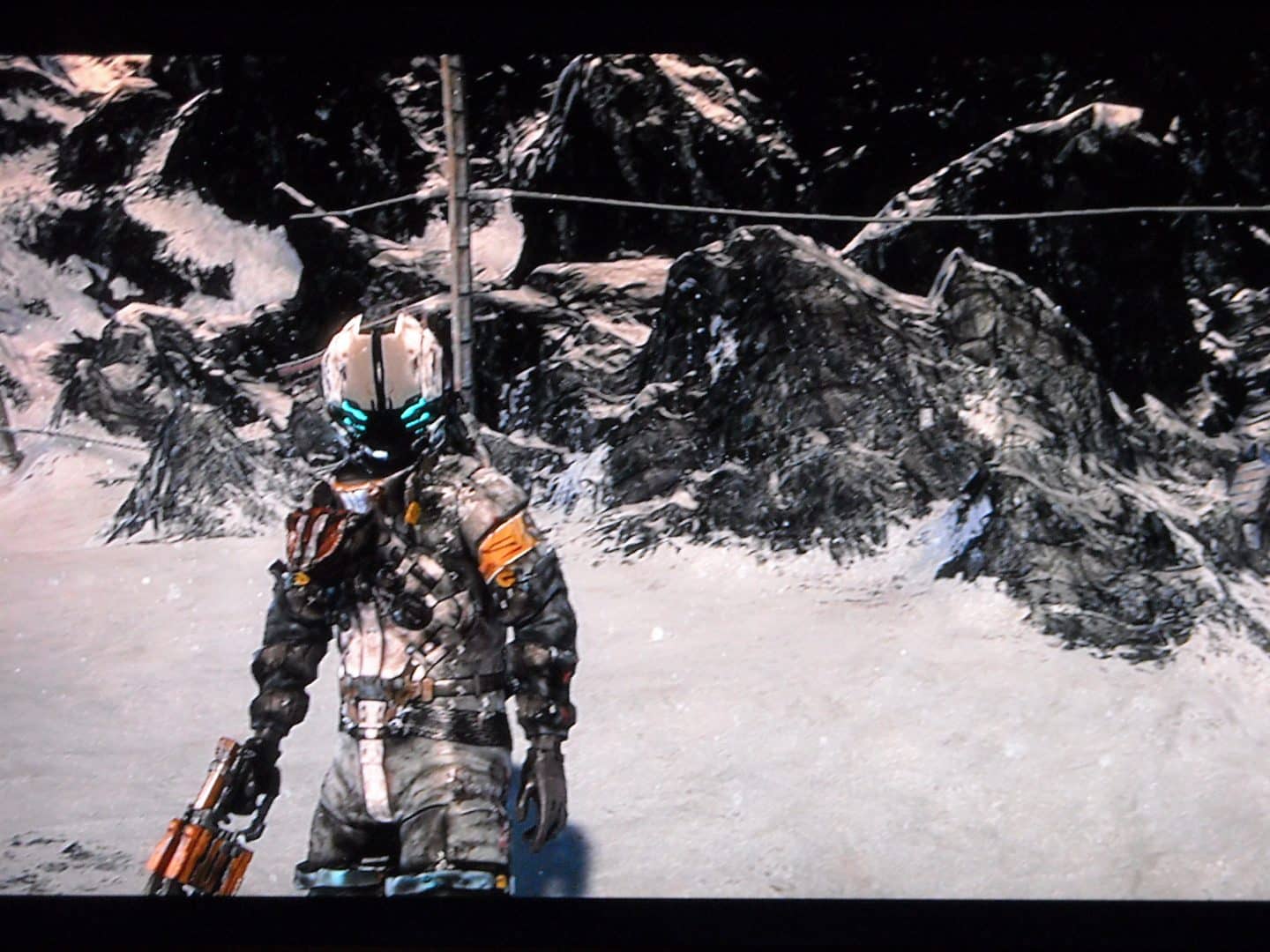 Follow Us... Inspire Us To Get Better... Keep The Flame Alive
Tags: dead space, ds3

2 thoughts on “No One Can Hear You Scream In Deep Space (Besides Your Co-op Friend, That Is..)!”