A few days ago I received my Easter present, a pack filled with games and figurines directly coming from Asia. Actually, not all the content was mine (my son wanted his part too), but this Moe Chronicle sure was. The Japanese box doesn’t bear a PEGi code, but I’m pretty positive it must be at least Over 16.
Anyway, the game is a Role-Playing one, developed by Silicon Studio and published by Compile Heart. The Japanese release dates back to 2014, but only a few months ago it sported a full English translation.

The word moe (pronounced [mo.e]) was still an uncertain origin, yet it has now expanded to directly indicate a very peculiar style of drawing and dressing. According to Wikipedia, it refers to feelings of strong affection mainly towards characters in anime, manga, and video games. Moe, however, has also gained usage to refer to feelings of affection towards any subject, often leading to sexual feelings and desires.

This latest part, despite not being the main meaning of the moe term (check out Steins;Gate for example), it is actually the main theme behind this game, inside which you will impersonate a shy teenager troubled with burning desires. 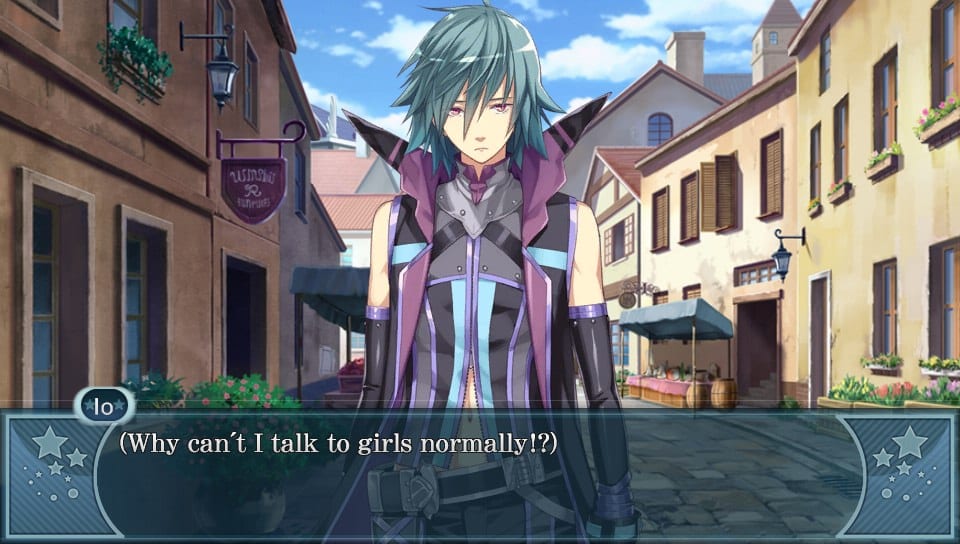 The game is set in a universe where humans and monsters (monster … girls, of course), formerly leaving peacefully together, start to fight against each other. Humans start to disappear and, for some reason, you are humanity only hope. 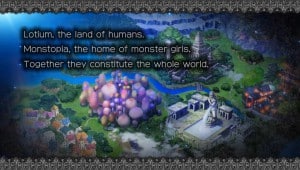 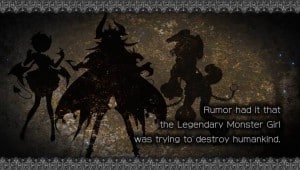 Maybe you are just too stupid to keep leaving, so your fellow citizens decide that you are expendable and you can embark in the quest to solve to the mystery and save the world.
You know that you don’t stand a chance, but the trouble here is that you start to have feelings towards all those, so cute, monster girls…  So you have to leave, hoping for the best. 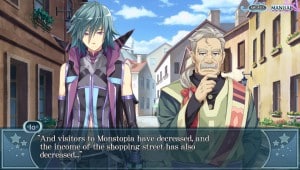 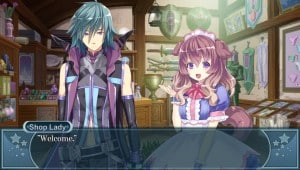 From a technical point of view, the game is a standard J-RPG, focused on dungeon crawling and turn-based battle: progress system, use of inventory and side quests are your daily meal here. 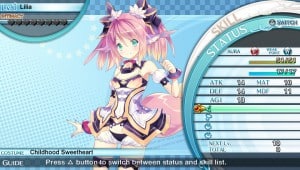 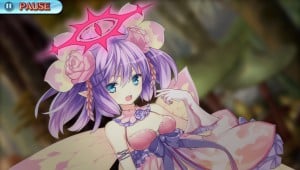 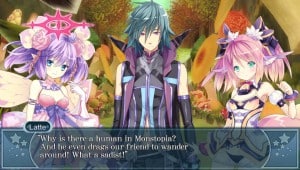 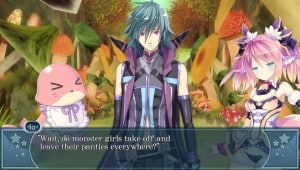 The only thing that changes is that after defeating a monster girl by destroying her armour (read: strip her of her clothes…), you’ll have to turn her back to the good side by rubbing, poking, pinching and so on! 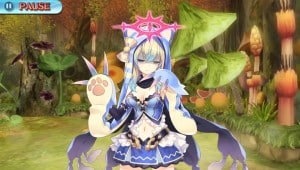 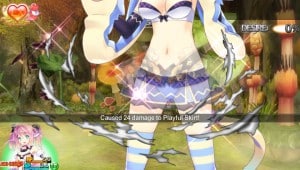 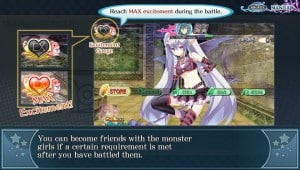 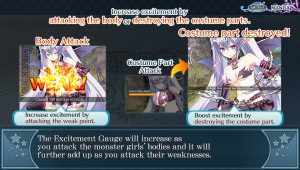 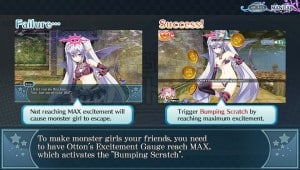 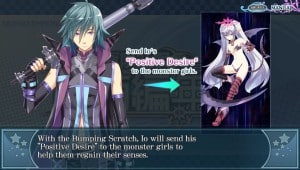 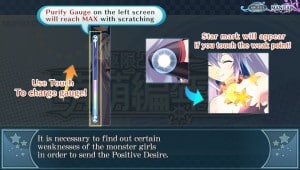 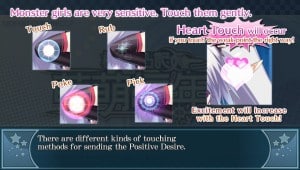 It is indeed weird stuff for western players, including those (like myself) who like some fanservice, from time to time. I must admit that this game makes me occasionally feel unease, although I know I don’t have to watch it with western eyes. 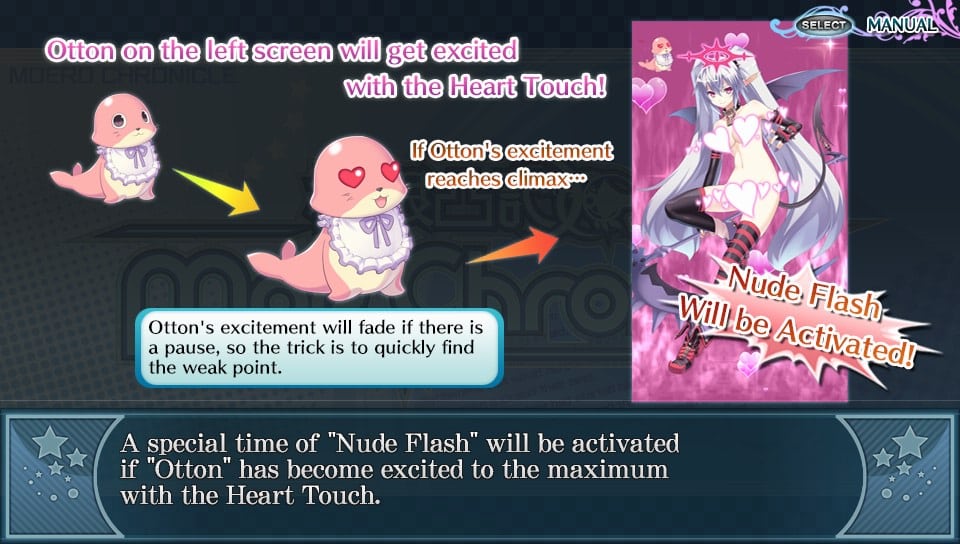 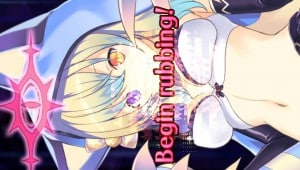 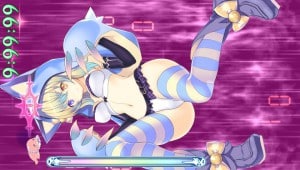 Anyway, aside from all those female close-ups, the game is somewhat intriguing due to the splendid visual compartment, full of well defined (although semi-naked) main characters. 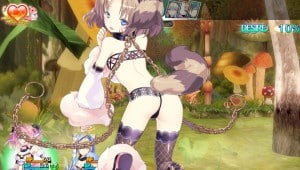 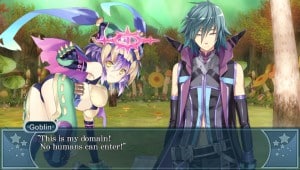 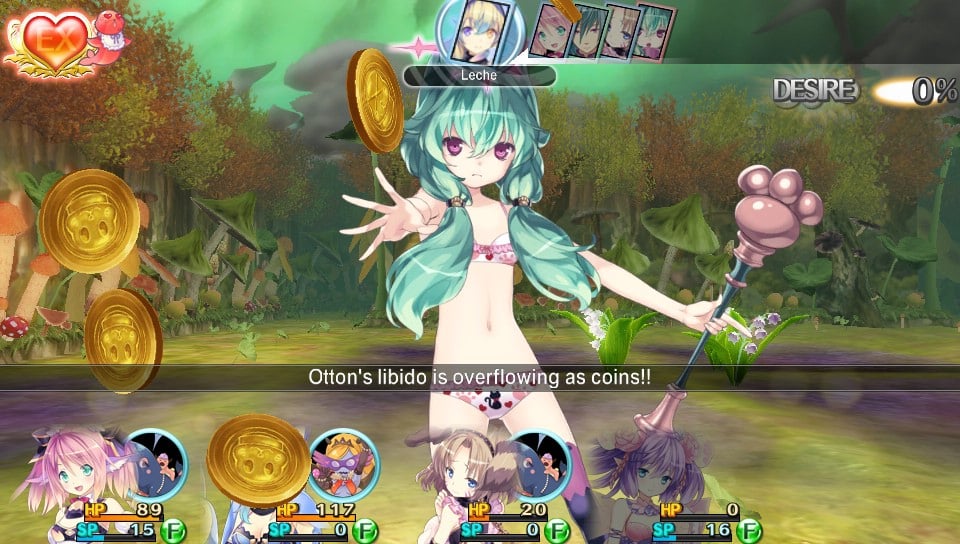 As in most RPGs, you have the stuff to do not only while crawling in the dungeons, but also when you are back home. Your main base is the Inn where all the girls that surrender to you will elect to live. Each of them will have a separate room (which you can improve by using the proper building material) and where you will be able to chat and gain intimacy … if you know what I mean … 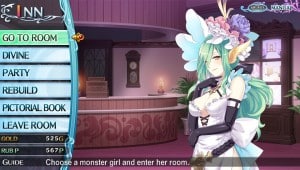 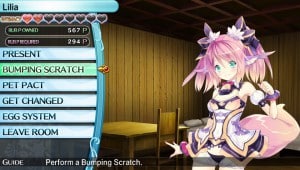 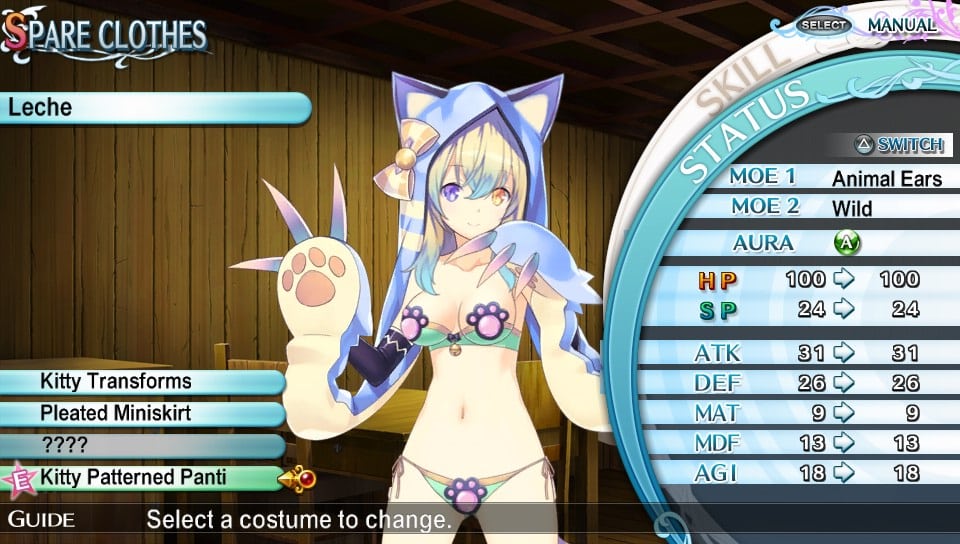 In the end, Moe Chronicle merges the standard dungeon crawling mechanics with dating simulations ones, which I finally got to try since it is the first time I find one which is not a Japanese-only product.

I honestly think the overall game experience can get boring pretty soon (ranking with an honest 6), but I decided to give the game a 7 since it can still be fun and, mostly, for its splendid style (IMHO). 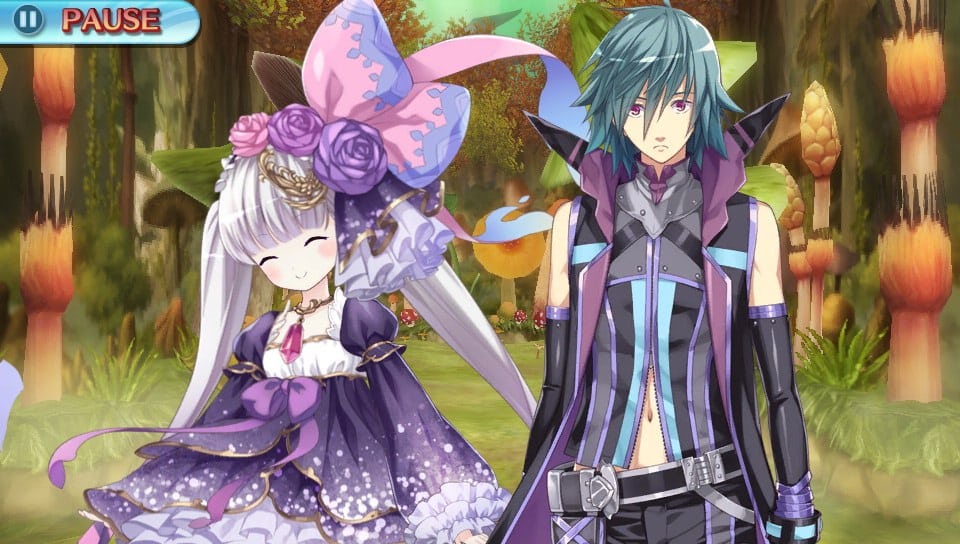 I hope none of you out there gets disturbed by some of the pictures: they do depict very young women, but it is a matter of stylistic conventions typical of this genre. I may be sick, but not to the point of searching for jailbaits… 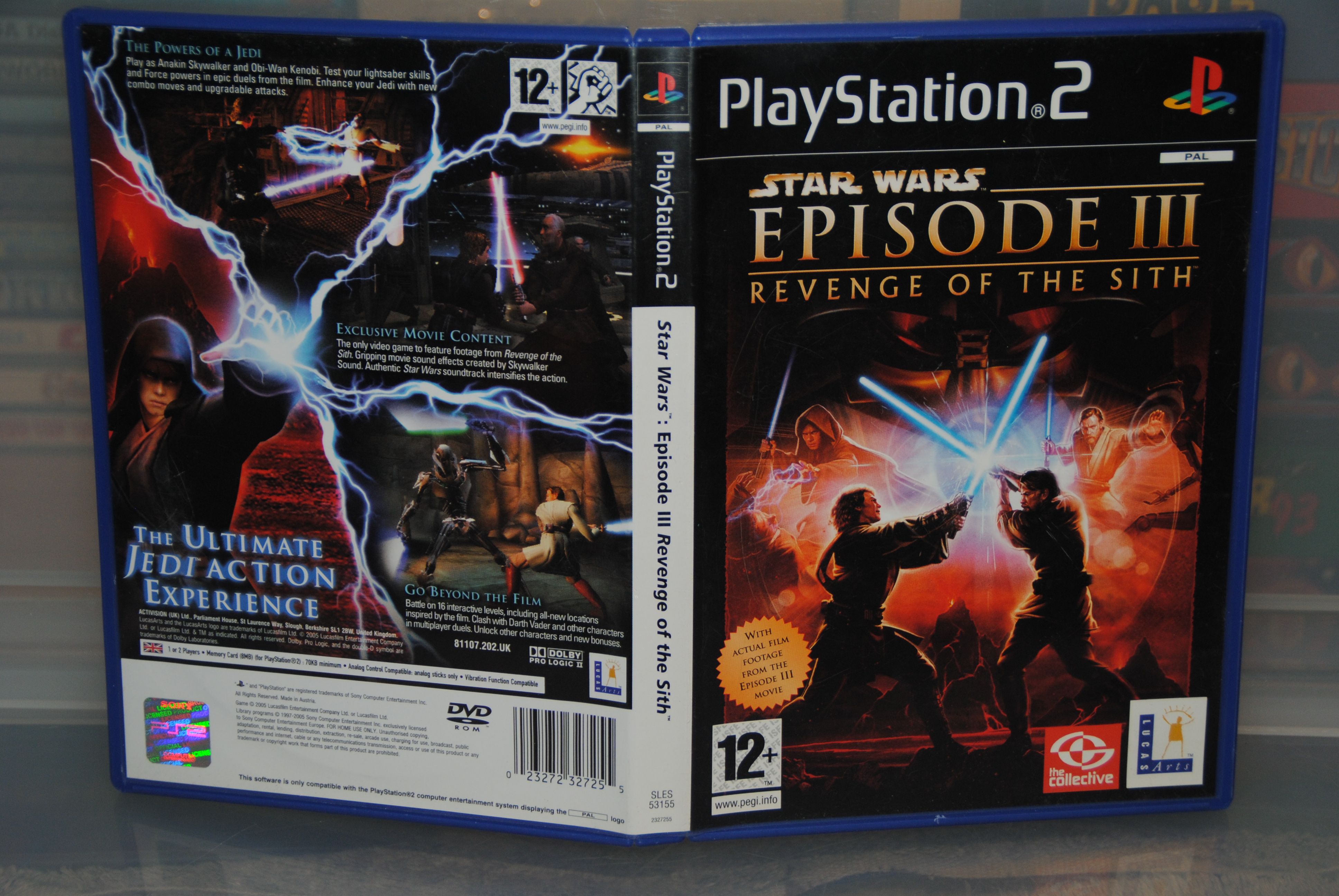