I keep hearing people saying that I should not revisit some of the old games that I kept raving about, yes I know, some games haven’t aged well indeed and most of the ones that I personally think haven’t aged too well is down to the controls and general gameplay mechanics, never because of the sound or graphics, today we will look at yet another long-forgotten game, namely Soldier Of Light. Yup! Welcome back to The Games We Never Talk About (but should).

Soldier Of Light is one of those games that I first played on the C64 and then on the Arcade and eventually on the Amiga, the reason why I played it last on the Amiga was because of some of the reviews at launch (most likely a review in the Swedish mag DatorMagaZin (DMZ) ) which made me wait a few years before I finally dared to take a chance on it. 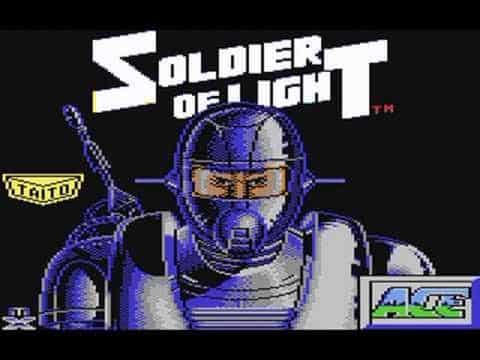 The Commodore 64 version had something that I can’t seem to put my finger on and I really enjoyed that game back in the day but when I try it today I just downright don’t like it, everything feels so floaty and tacky, even the music won’t “click” but yes the shoot ’em up section is still quite OK and I guess this was one of the reasons why I liked the game so much back in the day (the mix of genres).

The Amiga version looks much better than the C64 version which is expected but it certainly ain’t a looker or anything remotely near a good looking game by Amiga standards of the time, but what sets this one apart from the other versions has to be the music, everything from a very catchy loading theme to a pretty decent remix/*twist on the original Arcade machine music.

But from that point, it goes downhill…quickly.

The game offers both in-game sound and music but it is done in such an odd way that every time you shoot you also cut the music channels which leaves you with a very annoying soundtrack because this is a game where you shoot a lot.

The controls in the Amiga version is far from good, the weapon system is as confusing as all 3 versions really but the worst thing with the Amiga version has to be the Horizontal  (think R-Type or the likes) shoot ’em up sections which are downright unplayable, well, at least on my CD32 with the TF330 card, everything moves too quickly and I even tried with unlimited lives to try and get past them but after loosing like 30 lives I just gave up and switched the game off for good.

I used to beat this game pretty easily back in the day (both Amiga and C64 versions) but I think I never played the game on anything else than an Amiga 500 and I bet the timing and speed is very different on there, that said, I might be wrong and if so then I suck more at games today than I first thought…

Oh and one more thing, the Amiga port (and most likely C64…) are cut down versions from the original Arcade machine, why they are so is beyond me but with only 3 levels and some shoot ’em up sections between them certainly doesn’t make this a big game and especially so when you can actually select which level to play from the get-go (via a map screen). 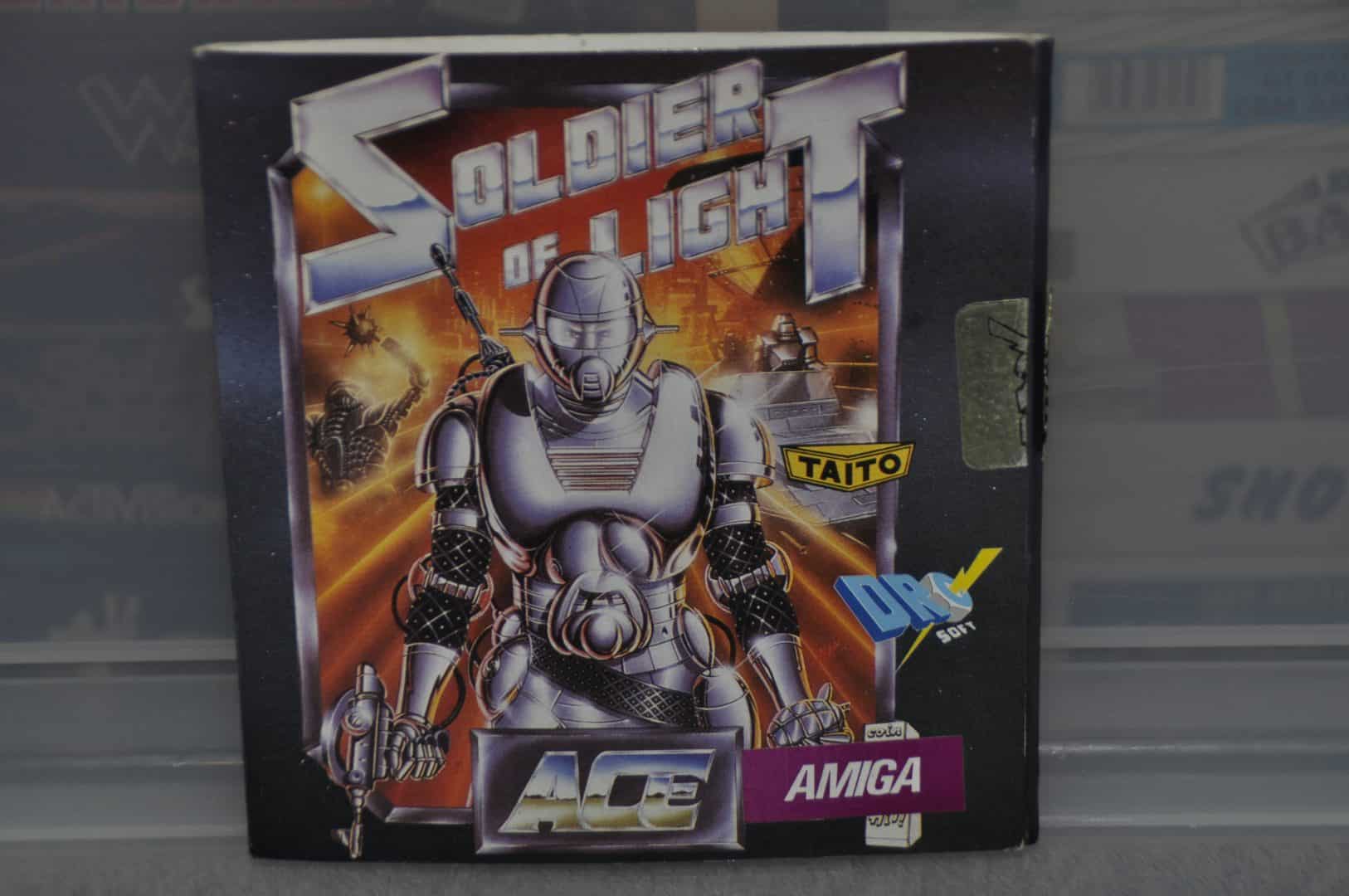 The original Amiga release is pretty hard to come by, especially this cardboard fold-out version and it ain’t often one see either the RAD (budget) version either really, in fact, I have never seen any of them in the shops either here or in the U.K.

The front of the box thingy is pretty awesome and quite the looker. 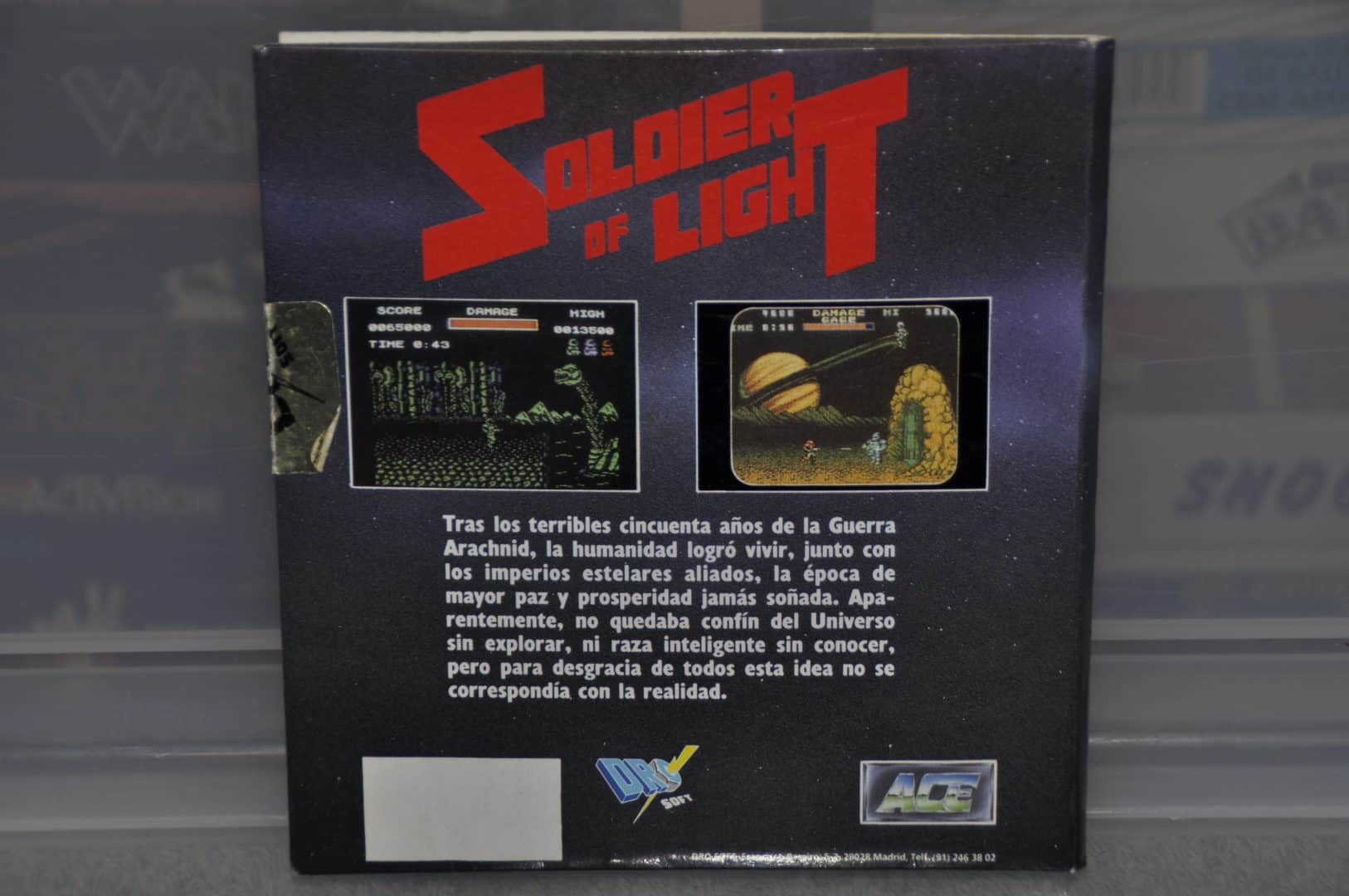 My Spanish is horrible (and non-existent) but it is always fun to buy games in other countries too, especially so when on vacation… damn, I miss the old days when they sold Amiga games in normal shops.

Ingame is luckily in English though. 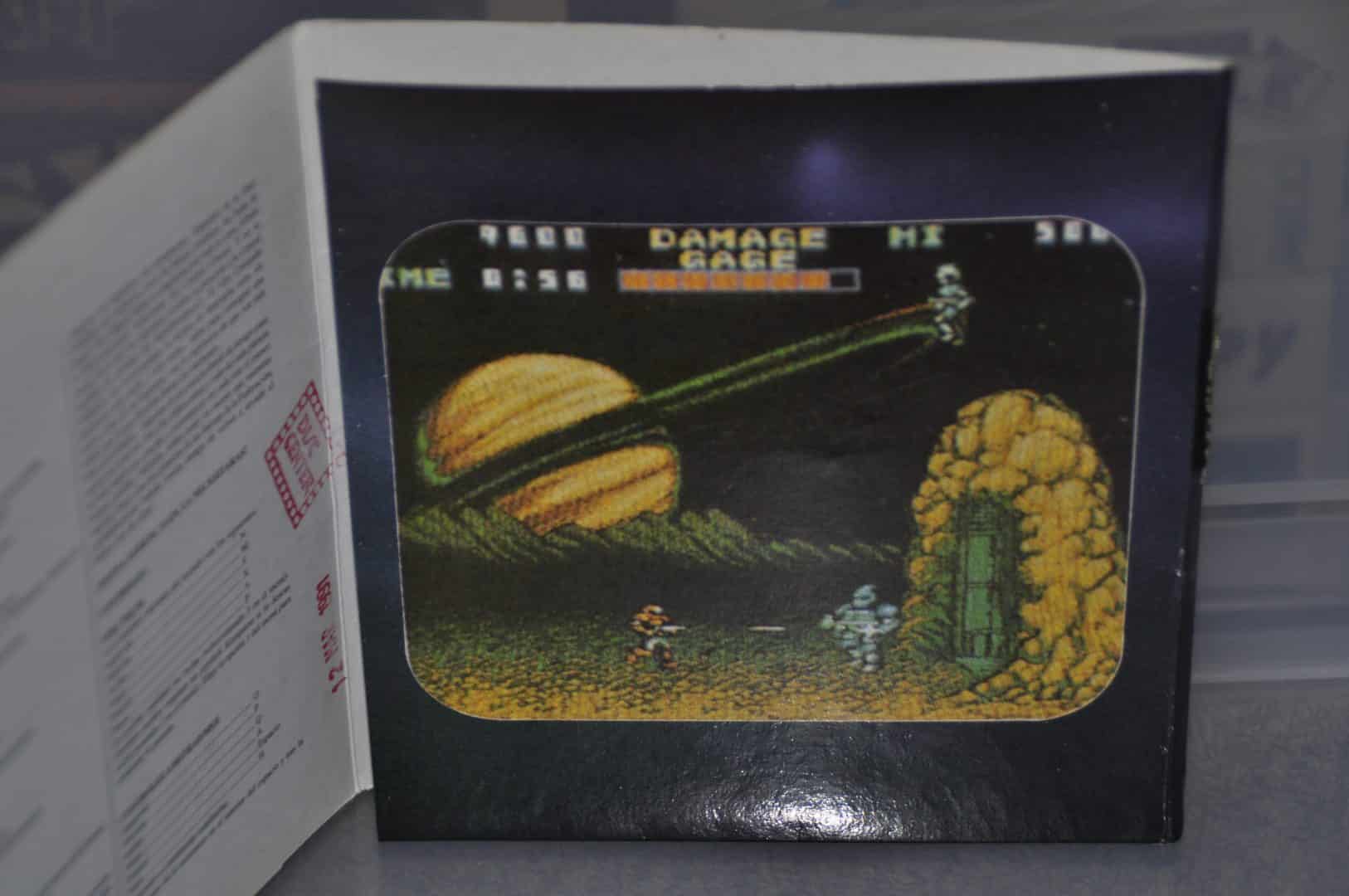 A pretty decent screenshot is actually used twice in the same box (now that’s a first for an Amiga game…or?) 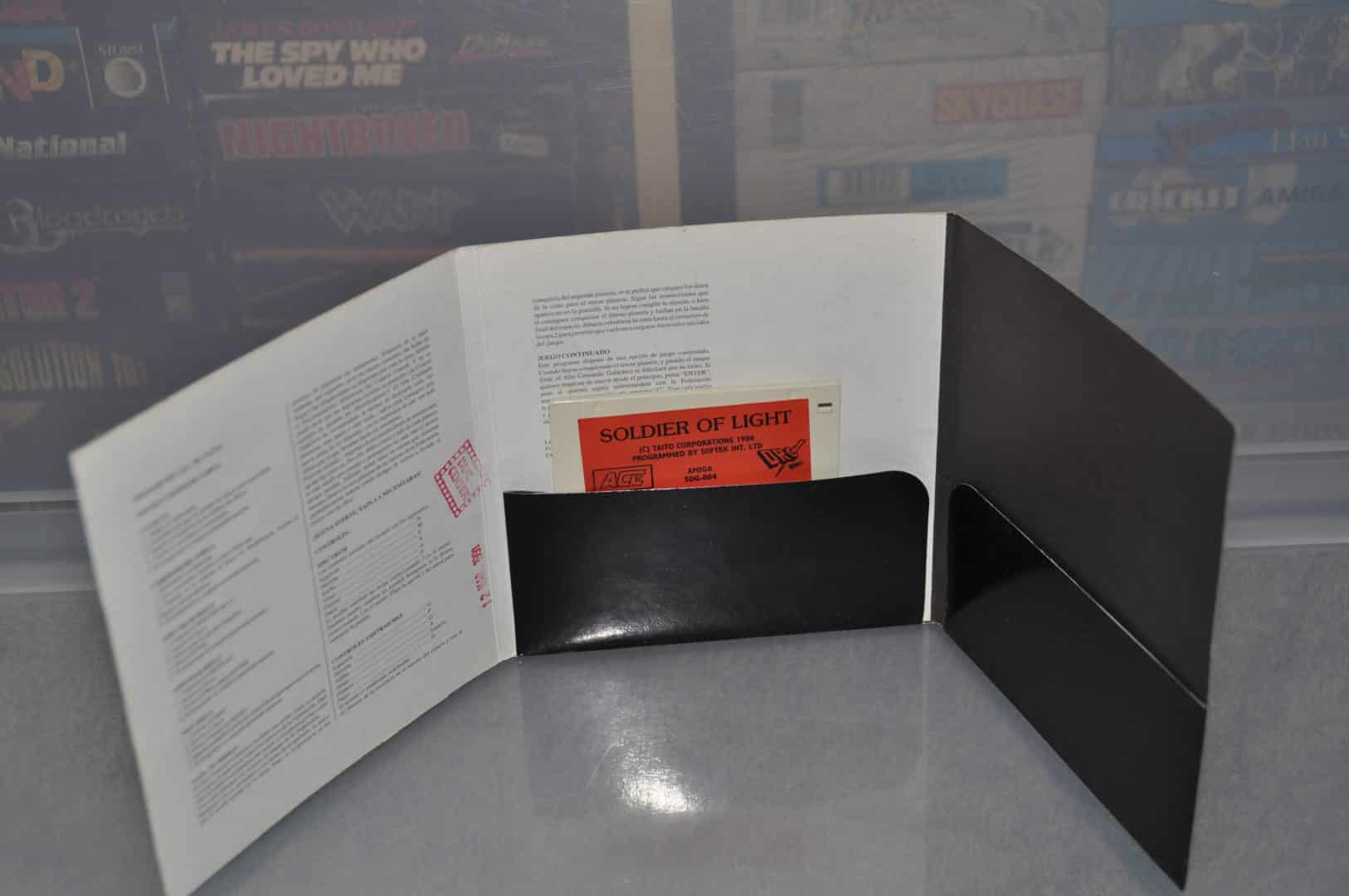 Here you can see the cardboard box thingy folded out, the third pocket was most likely used for 5″ floppy disks… 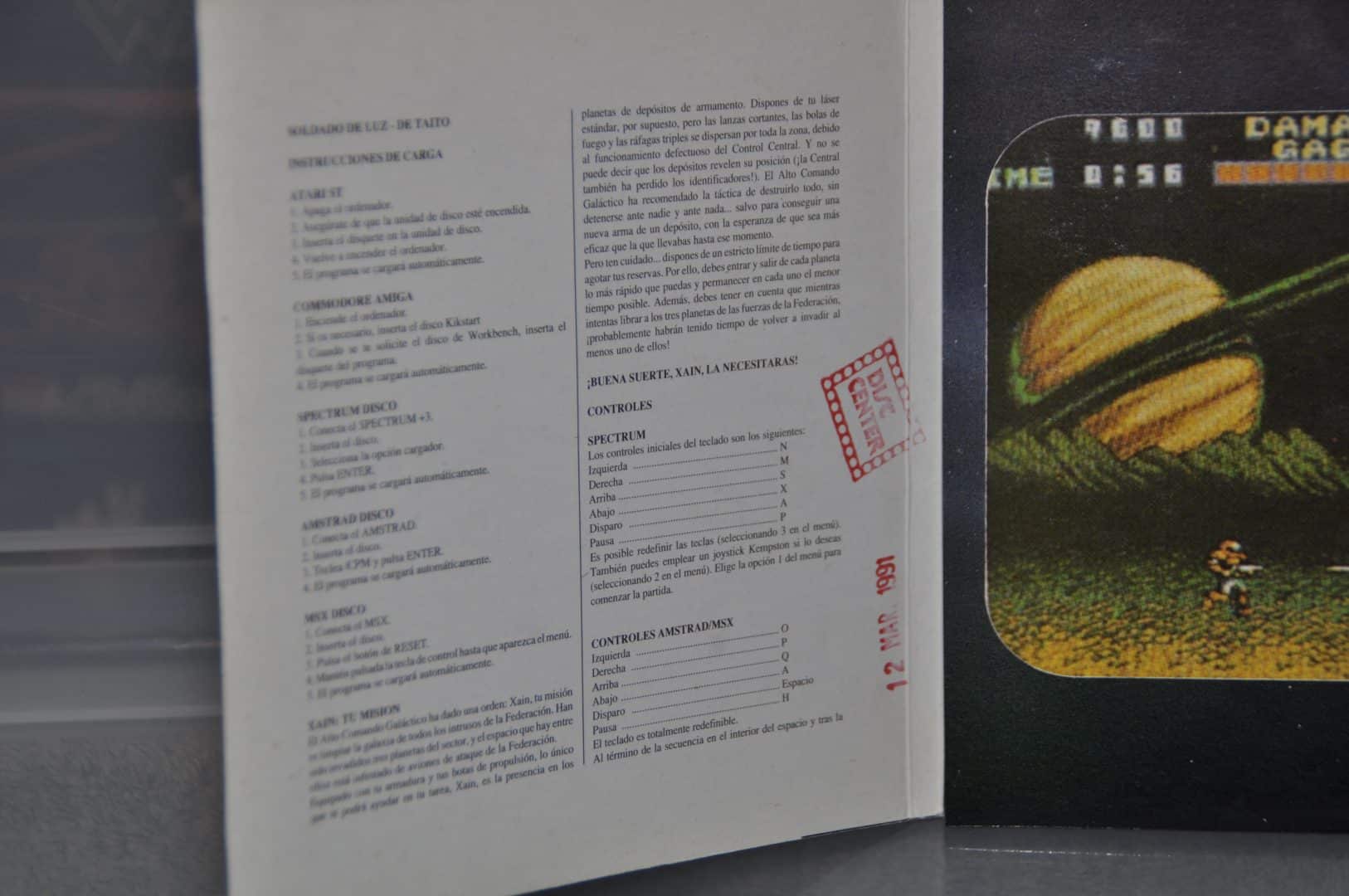 12th of March 1991 – Disc Center…  Gotta love these small hints inside the boxes to when and where they were bought, that said, I actually log everything I buy with dates and which shop and have done so since like forever (yes that list… is huge, Roar have actually seen it too). 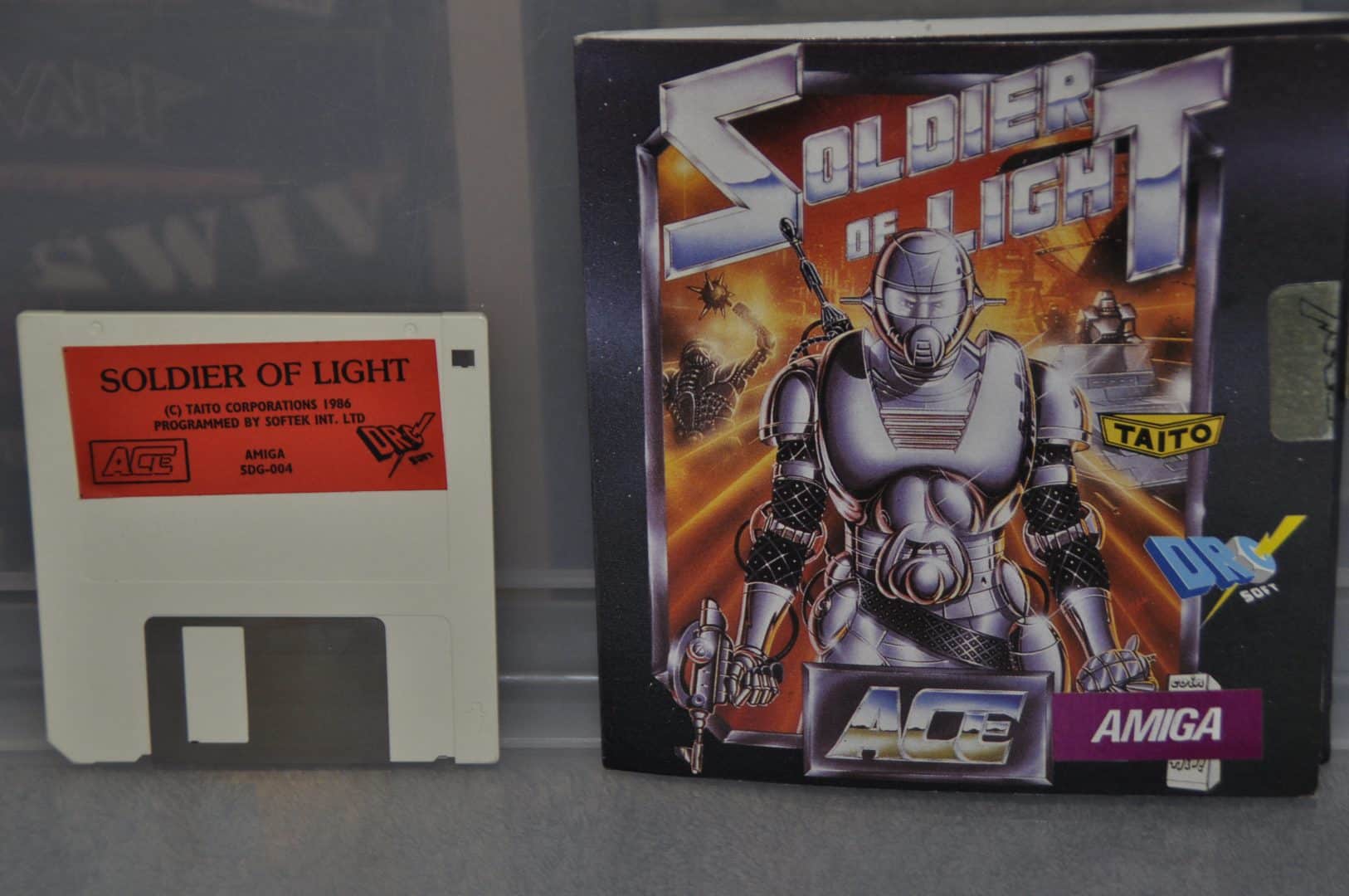 Here you can see the Floppy disk and the front of the game box, lame sticker on the disk and on top of all it ain’t even aligned 😛 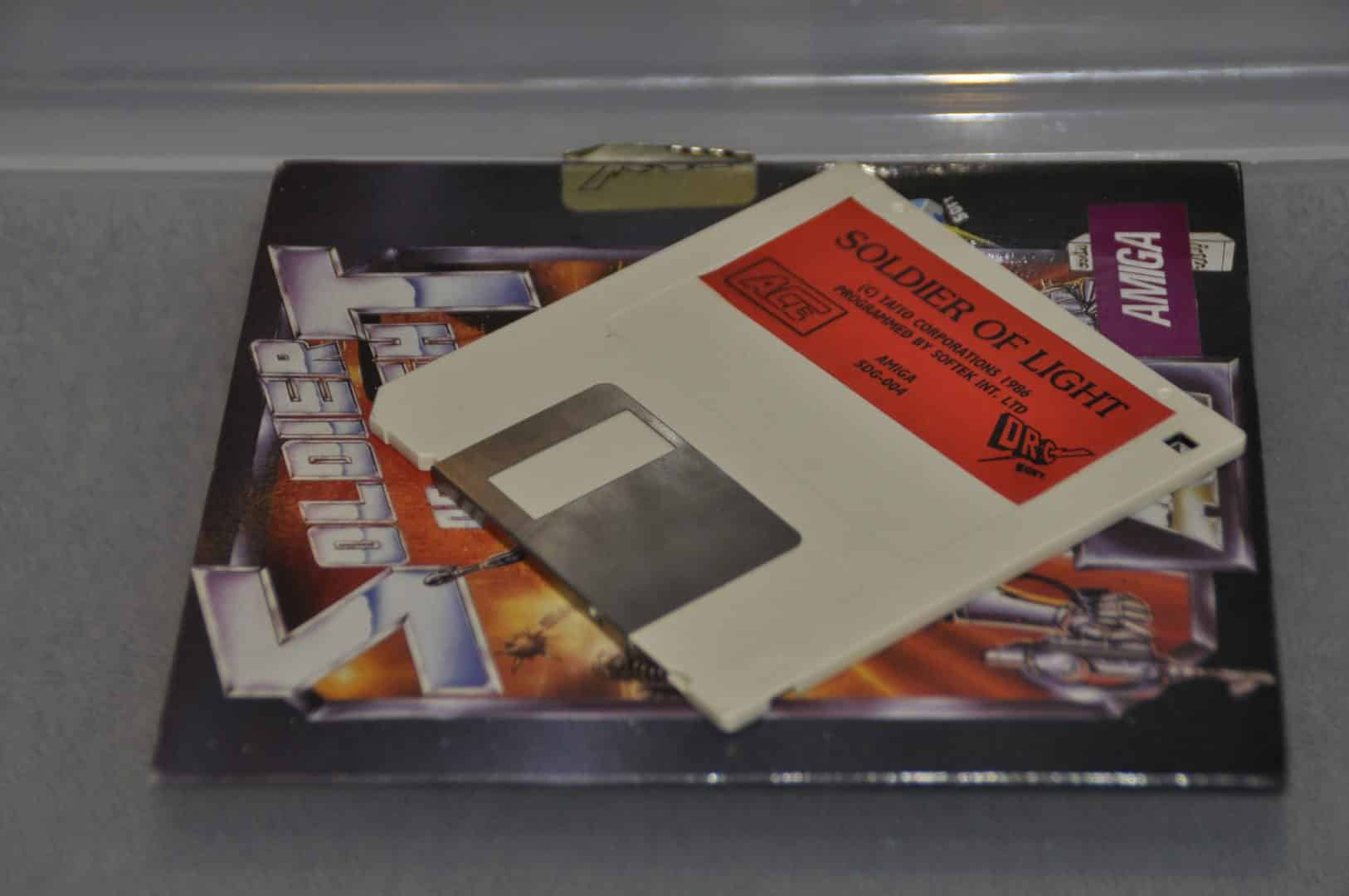 Soldier Of Light was one of my good childhood memories and now it’s not, i really want to like it but even with the catchy music and what not I still can’t bring myself to try and beat the shoot ’em up sections ever again. It could have been good, it should have been good but instead, you got this half-arsed game that got an awesome box and that’s just about it.  I have one recommendation and that is to not play this game now if you used to like it back in the day.

1 thought on “The Games We Never Talk About: Soldier Of Light / Xain’d Sleena”