I know that Arkanoid was not the first Bat And Ball game out there, everybody knows that for sure or?. Arkanoid took the concept from Breakout (which came in the 70s) and added all it could to make the best version out there.

Bat And Ball games were one of those 80s things, there were good ones and awful ones, the best ones that springs to mind were Krakout, Arkanoid, Giganoid, Impact and if i may add Megaball from 90s and Babeanoid from the 2000s (all Amiga).

Above you can see pictures of my Arkanoid box, i have yet to see 1 more of this and while i do remember these boxes (LP-styled boxes was not common even back then) from the shops in 86-87 i still have not seen others out there.   (Note that the box is sealed and this is why my floppy disk is not pictured.)

For me, the bat and ball category started with Arkanoid and it was on the C64 that i was first introduced to it. I eventually got to see it in the Arcade and i eventually got the Amiga version too. Pretty cool to see how good both the Amiga and C64 ports was, must be as close as possible for a port back in the day.

Arkanoid took the concept from Breakout and added powerups and various things like different block types and colors, the multiball concept as well as a 2 player co-op mode (?).

I remember the first time i tried the game on the Amiga and how i got annoyed that it required me to use the mouse to play with, not my controller of choice at that time.  It took me a few tries before i started to appreciate the controls and the mouse and eventually i never went back to the joystick for this type of games.

Arkanoid (2): Revenge Of Doh was pretty much a straight and clean upgrade from the first game, everything in it was basically old but now very refined and polished, Intro, Boss and powerups etc felt very similar with minimal changes, believe it or not, but it was not a bad thing really. 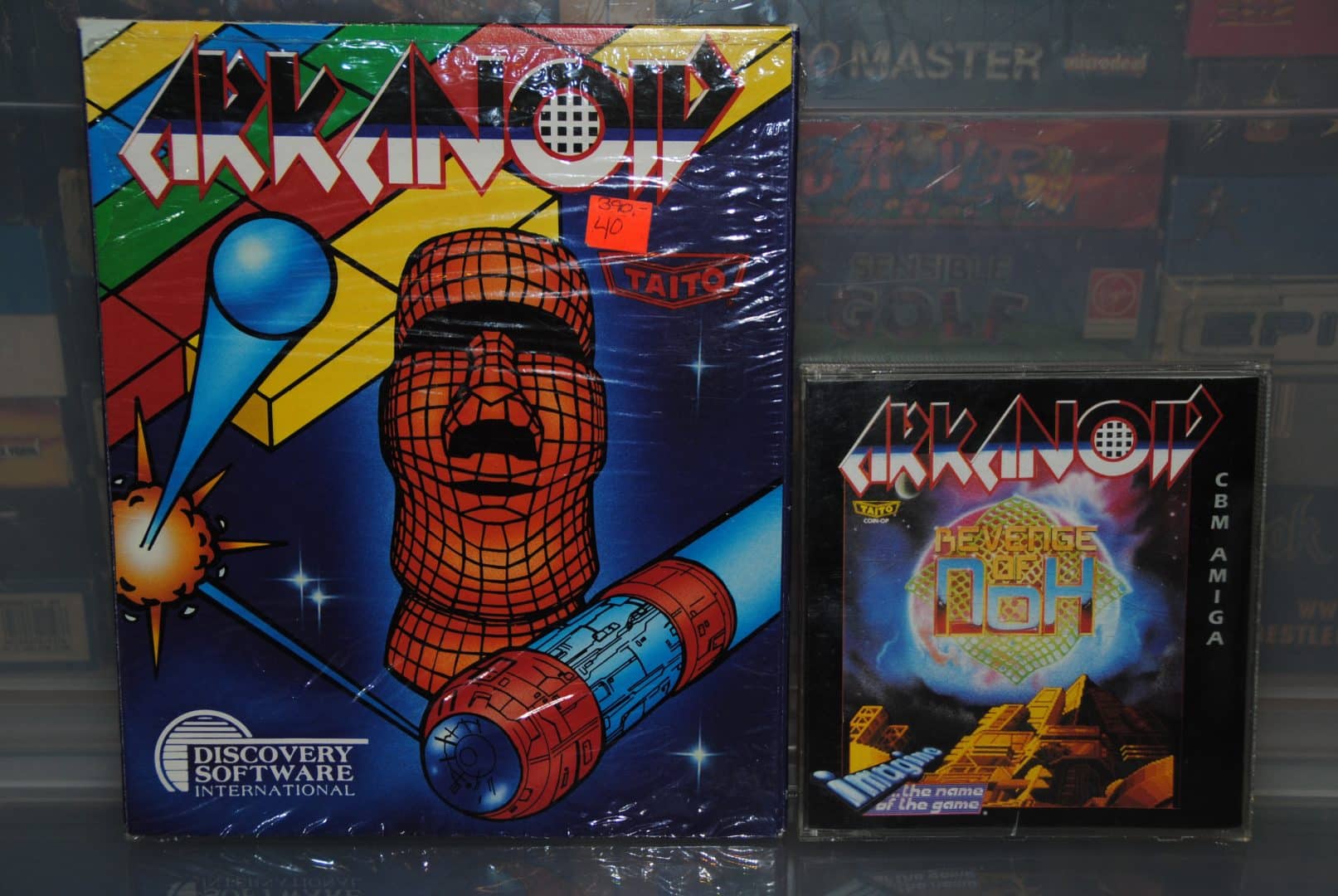 Two fine games which spawned many clones and copies after it and while it has its roots in Breakout i still tend to forget where the ideas and concept really came from. In other words, Arkanoid was such a huge step up from Breakout that it totally overshadowed it.