An era has passed, the PS3 had a very rough start and one that many thought would end badly for both gamers and Sony but thanks to good promotional ideas and a steady rise of quality titles which eventually led to outselling most of the other formats out there.

The PS3 had a few issues when it came to marketing (especially at launch and the next 3 years), the public who wasn’t up to date did not know what and where the potential was in the PS3 and they failed to realise that there was an Online shop/marketplace which had games and demos and so on and Sony also failed to realise that their own marketing sucked balls in terms of informing and marketing their products to the people out there and it also didn’t help that they charged publishers a lot of money for network traffic and updates to demos which eventually led to publishers dropping the idea of releasing demos there unless they were sure they would make some money to cover the net traffic fee’s.

The Blu-ray drive certainly made it a whole lot harder for magazines to release “CD Demos” together with their magazines but that alone was not the only reason to why there was only 1 magazine out there who had Playable demos as the other was the insane license price to print the disc’s and also that the publishers had to pay to release demos…..

So, a lot of people finally figured out the deal about Blu-ray and demos after a few years but then another problem surfaced but that problem was actually an old problem but both Sony and the OPSM magazine people decided to just “they will figure it out, it is obvious..” strategy , yes this was the “hard drive full” problem, demos on Blu-ray had to install to the hard drive to be able to play them which eventually made their 20,40,60,80gb HDD’s stuffed.. the proper gamers knew how and when and where of course (but they did not care about this Magazine Blu-ray as they downloaded the demos online!) but the casuals and others had no idea really and a lot of people actually sent their console to repair shops…

Another problem was, of course, the firmware issues, many of the Blu-ray demos had requirements of later firmware versions but no firmware was present on the disc so people had to install an update from another disc (if they had one) or just ignore the demo disc until a later time as these guys probably had no way of connecting the console online.

Broken demos, there’s been at least 10 or so demos that have been broken on release, issues like “if no disc in drive then the game locks up on the main game menu”, “controller ID 1 will not work and you have to use controller ID 2” and many more sadly…

Disaster after disaster… and i guess this is why there ain’t any Demo discs around anymore, OPSM scrapped the concept a few months back.

I have a complete set of every demo disc released and i bet this set is gonna be worth some cash at one point, PS2 and PS1 demo discs are actually rising now, many getting rare and so on…. of course, these things might never get worth a lot but i am not taking any chance as i wish i had not thrown away my FFVII demo disc which is now worth quite a lot of money…..

I have now updated my lists on the collection site (PS3 games, PSN and DEMO’s on the same tab now) and more updates shortly, it’s a big job so bear with me on this… 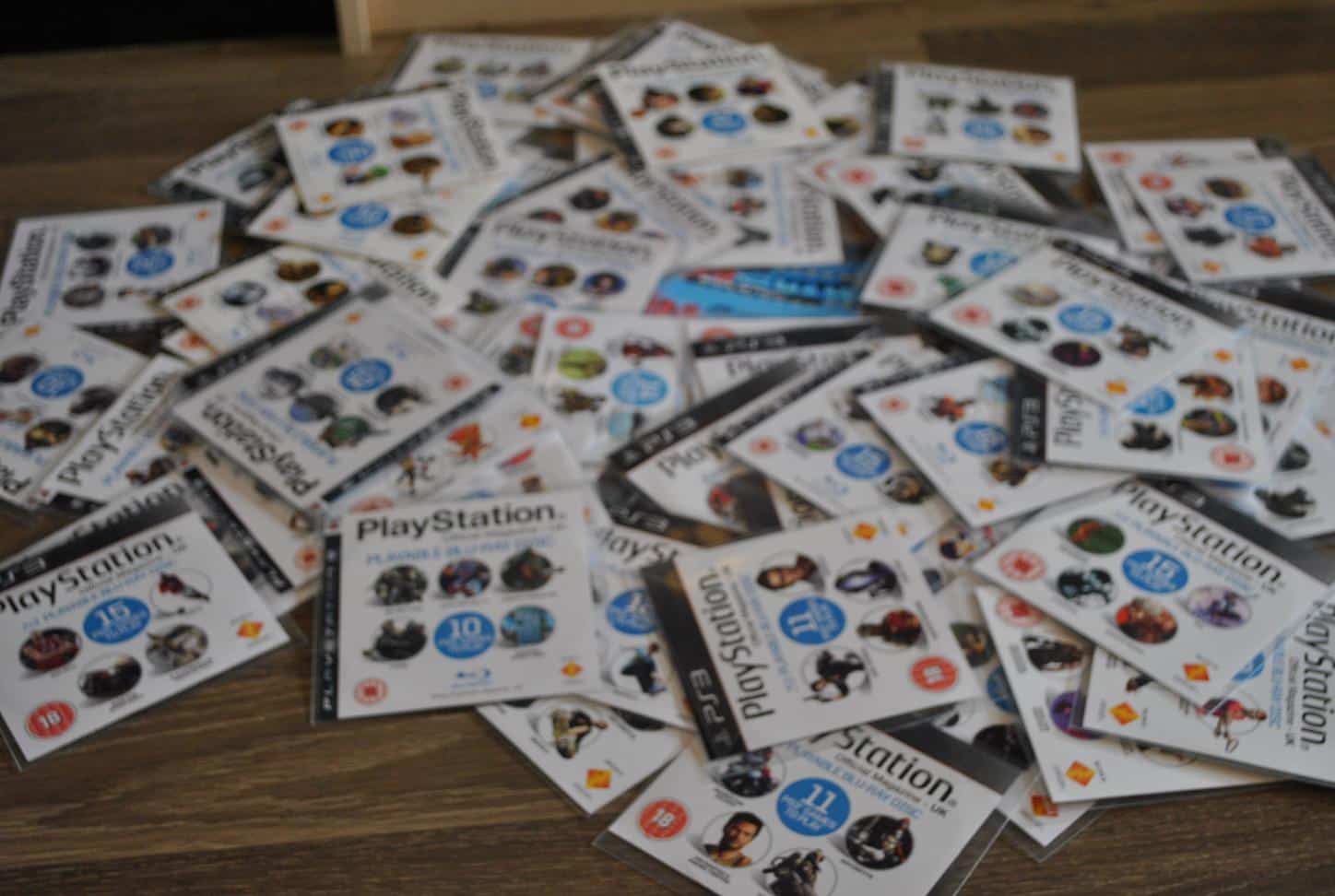