The Cold War , The Alien Attacks, Hangar 6 and of course area 51, amazing times and while we all know that all of this is real they still managed to cover it up so good over the last 50 years that we all believe that our iPhone, Playstation 4 and Ultra HD’s are earthlings very own inventions and that we have moved away from Alien tech that was discovered in the mid 1900’s like calculators, Commodore C64, PET, Amiga, color tv etc…
Yes, these types of articles and conspiracy theories are all over the internet and of course widely spread in movies, games, books and comic and still a very popular sci-fi material, why is that? , people claim they have been anal probed and abducted all the time … is there something to all of it?

I have just completed The Bureau:Xcom Declassified and it was one of those games that i simply could not put down and to me this has to be last years “surprise” as i expected nothing of it really although i knew it was based on an alien invasion and around the cold war time and i had watched a few vids on the net… but when the media somewhat put it under the radar i expected it to be, not all that good. 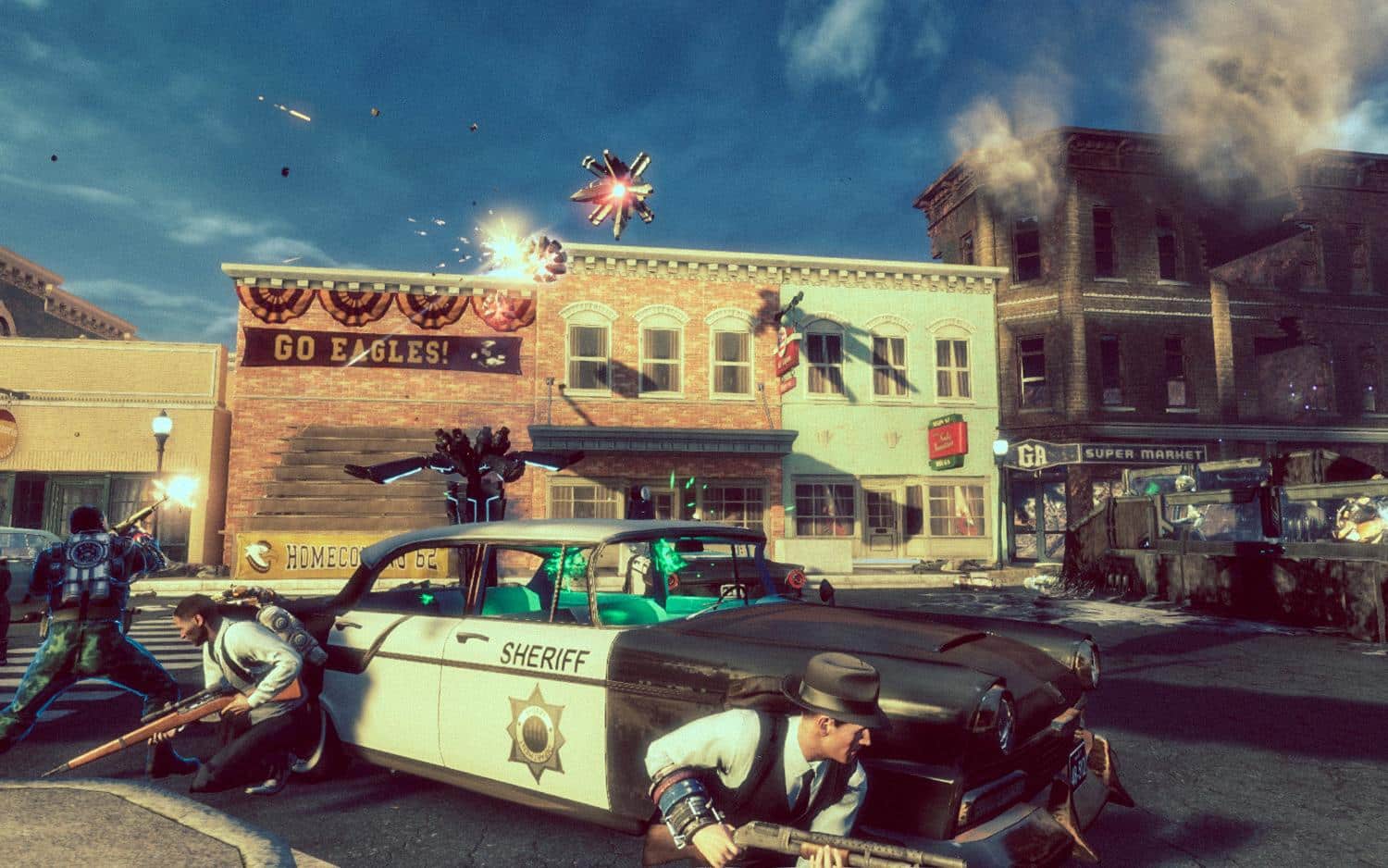 Picture Above: There are some really cool visuals in the game and the whole 60’s theme is extremely well thought out and designed to an surprisingly good quality, sadly the in-game videos have been Xbox 360’d..hence compressed and ugly looking.

The game presents us to a world of chaos, aliens have invaded earth and they are taking control of everything and turning humans into “sleepers”, the sleepers are basically just standing still like if they’re waiting for something.
The amount of detail and the number of original assets are mind-boggling as no room is the same, no house and so on.
The music made me very “into the game” and managed to fire me up as much as a game should and yet not irritate me. 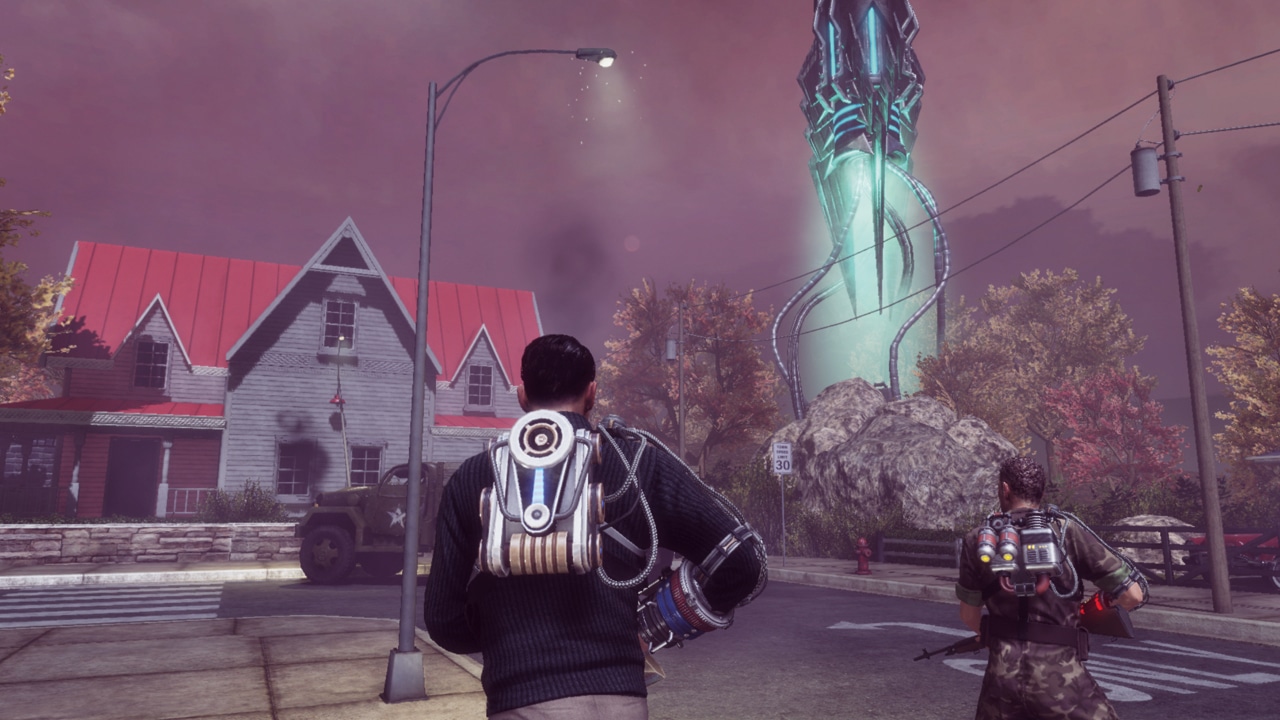 Picture Above: Finally a game that brings us a proper 50-60’s theme, it eventually turns into spaceships and aliens but yet still very 60’ish.

The game had a very rough developer cycle and was very close to having been scrapped 2 times as the XCOM fanbase was in full rage when the game was first presented to the public many years ago (the dev started in 2006?) and back then it was a First Person Shooter, a very generic one too or so it seems anyway but thanks to the fanbase the developers decided to revive the XCOM series by producing a proper XCOM game namely Xcom: Enemy Unknown which became a huge hit for both the media and the gamers out there.
After Enemy Unknown they decided to represent The Bureau and this time it was a tactical Third Person shooter/strategy game and while very far from the Isometric view from the former Xcom games the fans accepted it and then the game was released a few months later. 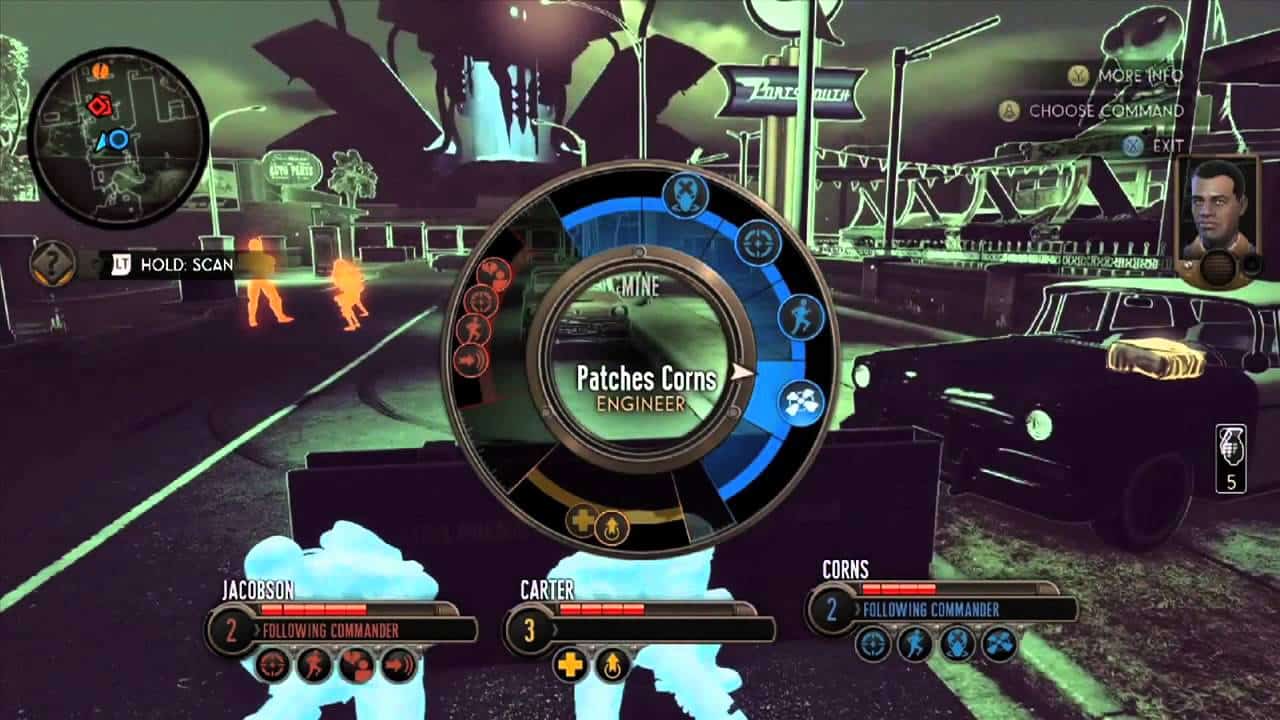 Picture Above: Tactical TPS games can get very frustrating and annoying (BRINK for instance) but The Bureau somehow manages to stay fresh and fun and makes you feel the action and strategies.

I bought The Bureau because i found it very cheap when a local game shop was closing down and while it was a game i had planned to buy it still somewhat fell on the backburner, i do not regret buying it but i do regret not playing it before now as it’s months upon months since i bought it.

I may have played one too many TPS games over the years but there’s only been 1 or 2 tactical games on the PS3 that i have really enjoyed but now i have another one and this one is for sure the one on the Top. 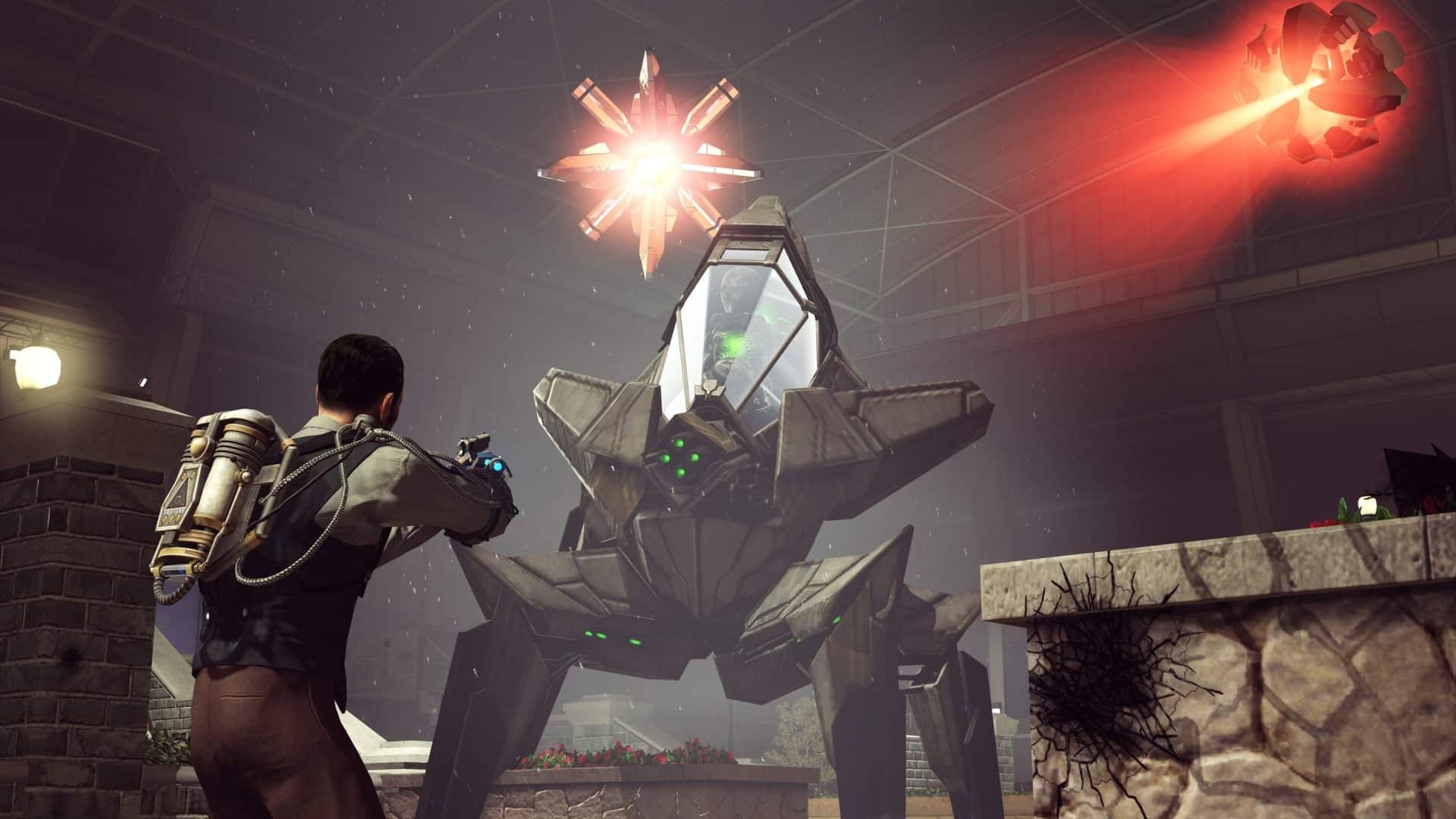 Picture Above: Huge bosses and a variety of enemies to blow away and they’re all different in terms of how to take them down.

One of the shortcomings in the game must be that you’re only bringing 2 teammates/agents with you as i kinda expected that this number would go up since i was recruiting many new agents whom i sent around on other missions and or swapped them out for my own team, so a team of 3 is maximum when playing and while 3 is enough to get swamped with buttons and dial wheels i still think 1-2 more would have been even better…or at least one from each class (Recon, Commander, Support etc)..

Another negative thing is that the game has no Online at all, there’s no co-op in the game, i guess the whole point is gone if it would have been a co-op but still…..

Taking out enemies and moving around can be a real challenge at times but yet fun, your “abilities” like shields, gravity lifter, and combat stims never gets boring and there’s enough of them to swap around with through the game as when you level up (both you and your teammates) you get new abilities. 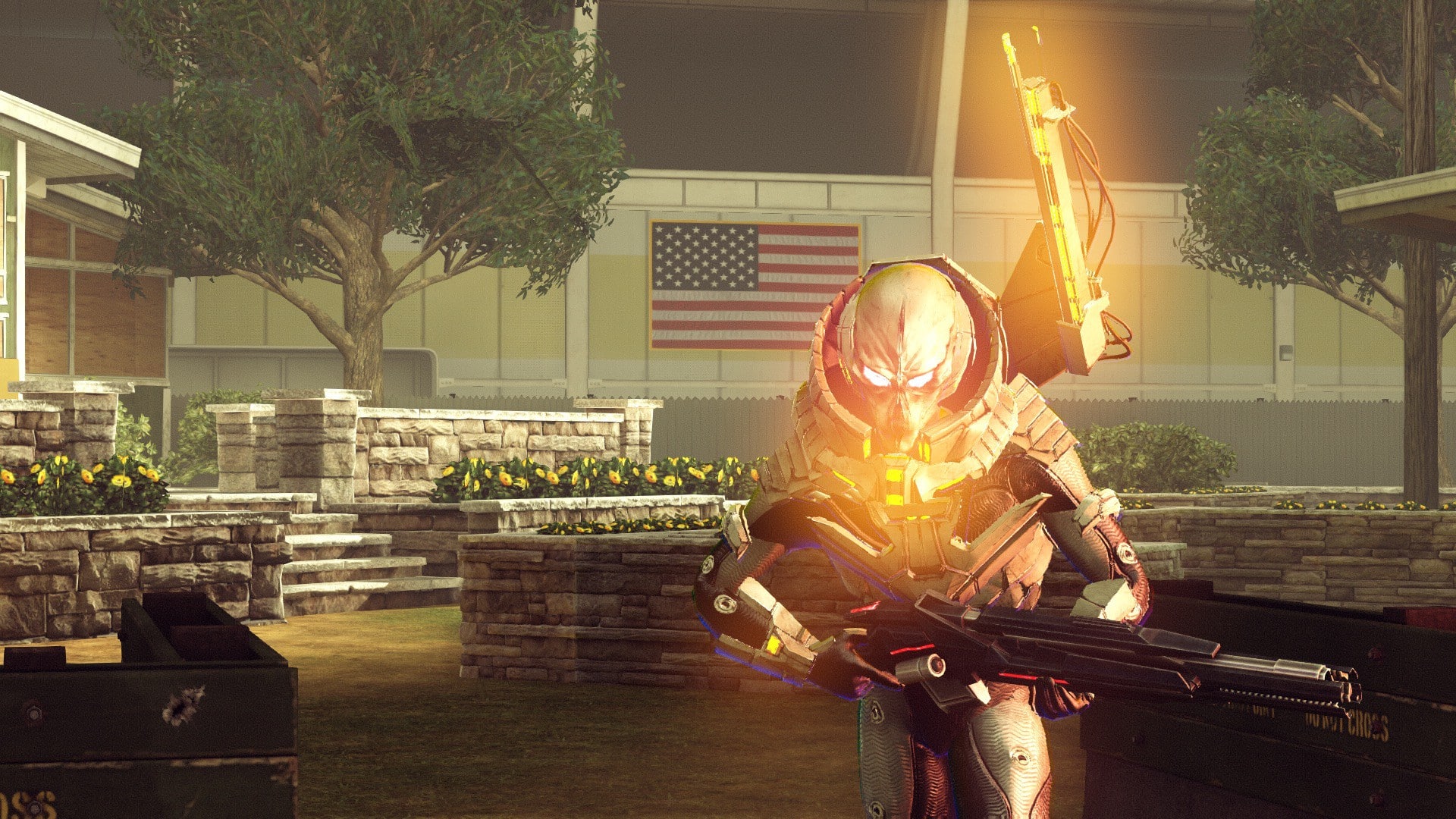 Picture Above: awesome style in the game and this is only the beginning!.

Pretty early one you get one of the best tips throughout the game and that is that you should scan your enemies before attacking them so you would know where and how to attack them, common thing i guess but you can also scan the terrain and send out bots and such so all in all fun and not complicated at all.

The game is far from a 10/10 but still awesome and a game that you should check out if you’re into parallel universes and or alien attacks and such…oh and tactic gaming fun.

1 thought on “You Won’t Believe This – The Bureau: XCOM”