There was a time in which software houses tried to explore new ideas to push the gaming concept beyond the boundaries of standardization. There was a time in which, after inventing Space Invaders and Arkanoids (and many other titles), Taito decided to walk the road of fighting games, taking the concept to the extreme. That’s how Psychic Force came out: a 3D beat ’em up, set in a world of people blessed (or cursed …) with psychic powers. In the attempt to create a perfect utopia for those bearing those powers, two groups of individuals confront each other to eliminate the opposing faction.

Psychic Force is actually the PS1 1996 port from the original arcade title, that appeared in Japanese arcades in 1995. At the time, the innovative concept and the Anime intro raised the hype to a very high level.

Sadly, the game didn’t live up the expectations, failing to really impress the players and ending up with low sales. We will see how it went this way in a minute, but first let me tell you that, despite how it went, the title is part of the games history nonetheless, so I guess I was lucky to find a copy during Lucca Comics and Games event.

The fighting roster is composed of 8 fighters, with the arcade/story part of the game allowing for a ninth character, the boss actually, that can be summoned by using a code. Inside the game, the characters come from different countries and bear different powers, based on elements like fire, light, wind, electricity, gravity, time, or ice.

Unlike all the other games of the genre, Psychic Force takes the fighter in an aerial battle with moves mainly based on their relevant psychic powers. The characters so move in cubic arenas, floating in space, and giving the impression of a full 3D title, while the game is actually a 2D one.

The concept is indeed intriguing yet, as said, the fun is soon over when you realize that the fighters are too far away from each other, and the player ends up in shooting one another by means of their specific powers. Every once in a while you try to get closer to perform some close-quarter combat, but the selection of moves is rather short and not very effective, so you end up in smashing buttons like there’s no tomorrow. 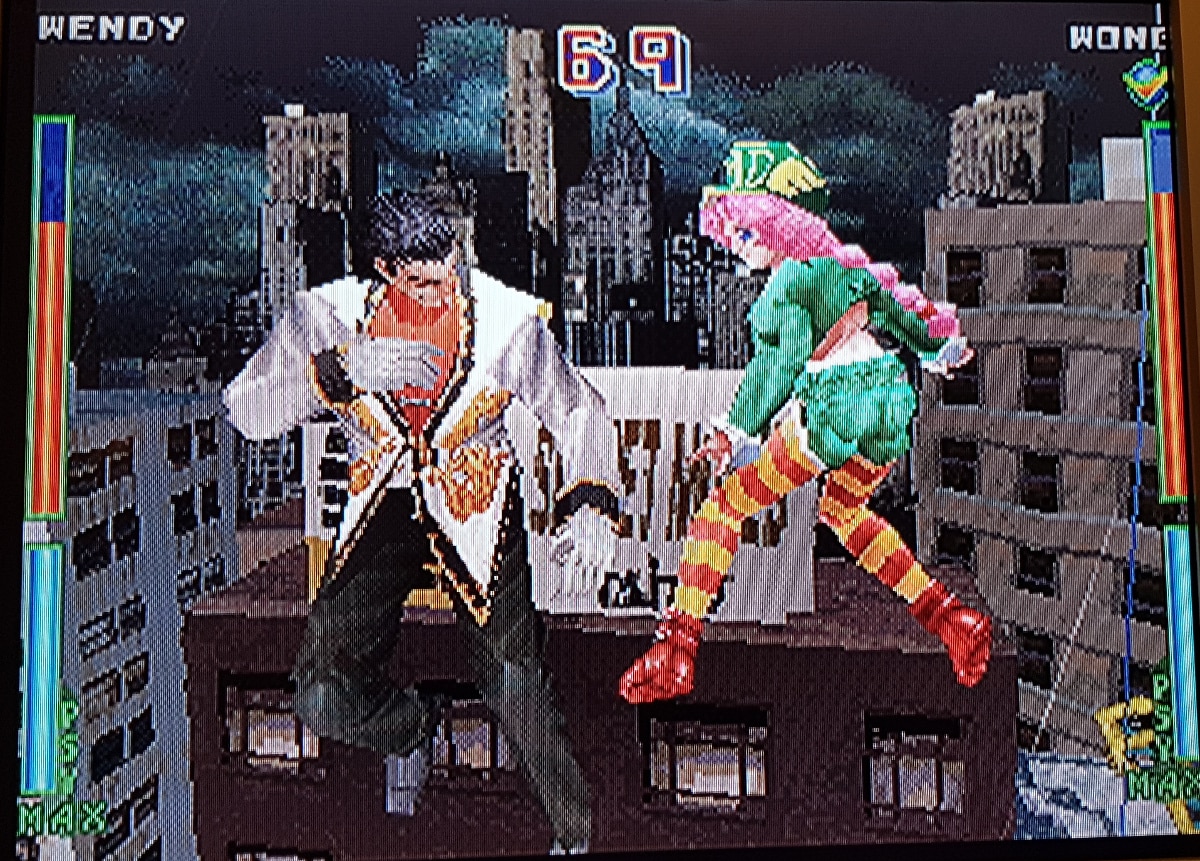 If you do manage to throw the opponent toward one of the walls, he/she will actually deal damage, get stunned, and will fall to the “ground”. Aside from that, not much will actually happen.

Considered the time it came out, Psychic Force was not a bad title, but the good concept behind it was probably not explored as it should have, thus resulting in an unbalanced title. It is indeed a pity since characters had charisma and some of the arenas where rather evocative.

Nowadays the game is probably relevant only for collector’s, but in an effort to preserve the memory I believe it is important to dig out those titles that, although not very acclaimed from critics or players, did at least try to get out of the masses introducing innovative concepts and the likes. The game may not be much, but I do hope you enjoyed reading the article as much as I enjoyed finding the game, playing it and writing about it.

Till next time … game on!

5 thoughts on “There Was A Time – Psychic Force Review”