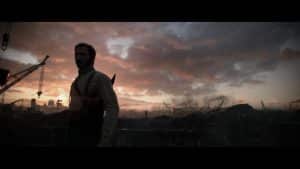 Games, games ain’t art. Games can’t tell a story!. Statements like these ain’t new in the gaming industry, it will probably be one of its everlasting thorns.

Games can be an art form and they can tell a great story too.

The Order 1886 is yet another of those games that are being molested by the critics and naysayers out there, they started with “it is too short” and then when they realized that 7-10 hours ain’t that short really they went with “the gameplay is broken” and the last thing I read before switching off was “the story ain’t any good!”.

I have to say that I am happy that I didn’t follow the critic’s opinions and waited. I had already decided to not get the game on launch as I have way too many games ongoing/not completed. I bought the game thanks to one of the local shops in my town as i managed to snag one of those special edition boxes, you know, the ones I can’t resist. (ack!).

From the very first second of the game you notice how much effort they have put into this game, the attention to detail is amazing and the choice of design is way out of the ordinary too. The Victorian-style might be a potential new genre for sure.

One has to wonder how they came up with the idea to blend in various historical events from the era and tossed in a few monsters for the fun of it. I won’t comment on if the story is believable or not, steampunk and creatures in London Anno 1886, well it’s not like it’s meant to be real. 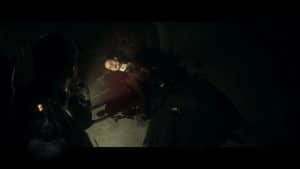 The music and sound fx are also very cinematic and just about every minute throughout the game felt like a movie.

The game is heavy on the cutscenes and there are quite a few quick time events too but in my opinion, it didn’t break a single thing because of it, the immersion was there throughout the whole game.

To many gamers out there 1886 looks just like a Gears Of War clone and yes it does have some of its typical gameplay mechanics indeed but that’s where it all ends. Oddly enough some people make it sound like it is a bad thing that it plays like Gears Of War, these guys are probably the same guys who kept hyping it up to the skies when it came on the Xbox360 all those years ago. 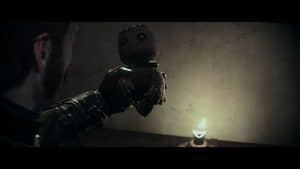 I spent around 10-12 hours on the game, I got the platinum trophy along the way and I played it on hard difficulty, I never rushed the game at all, I took my time and I looked at all the details and I went all over the place to look for easter eggs and other things. People said it was short so I made sure I could drag it out as long as possible without it getting boring.

Nice to see so many touches in a game, the little Sackboy doll felt as if it could have been real even though that the game came out over 120 years after.

Walking around, looking at Crystal Palace, the underground and so on felt so good damn real that I felt I was there while playing it and I am sure it would have looked something like this back then if the timeline had been the same.

Some of the characters you meet in the game felt a bit lifeless at first and that was the first thing I reacted at in the game, luckily it got a whole lot better after a half hour or so, facial movement and facial graphics must be some of the best graphics I have ever witnessed and best of all is that it keeps getting better throughout the game due to the more aggressive scenes used later on.

There have been 3 games so far in my life that I have changed my impression towards facial animations, King Of Chicago (Amiga, Cinemaware 1987-8?), Heavenly Sword (PS3, Ninja Theory 2007) and now The Order 1886 from Ready At Dawn.

The shooting mechanics, weapons, and movement worked really good and there wasn’t a single time that it did something I didn’t want it to do.  Yes, i am still struggling a little with games after Dying Light’s shoulder buttons for climbing and kicking but that is my excuse for not being able to break a barrier etc.