Gotta love all these sales that hit the PlayStation Store, this super cheap deal popped up last week at just $2.99 USD/Euro which meant that it finally caught my eye and when i saw that it was a Twin Stick shooter, well Insta-buy is the only meaningful thing to do right?. 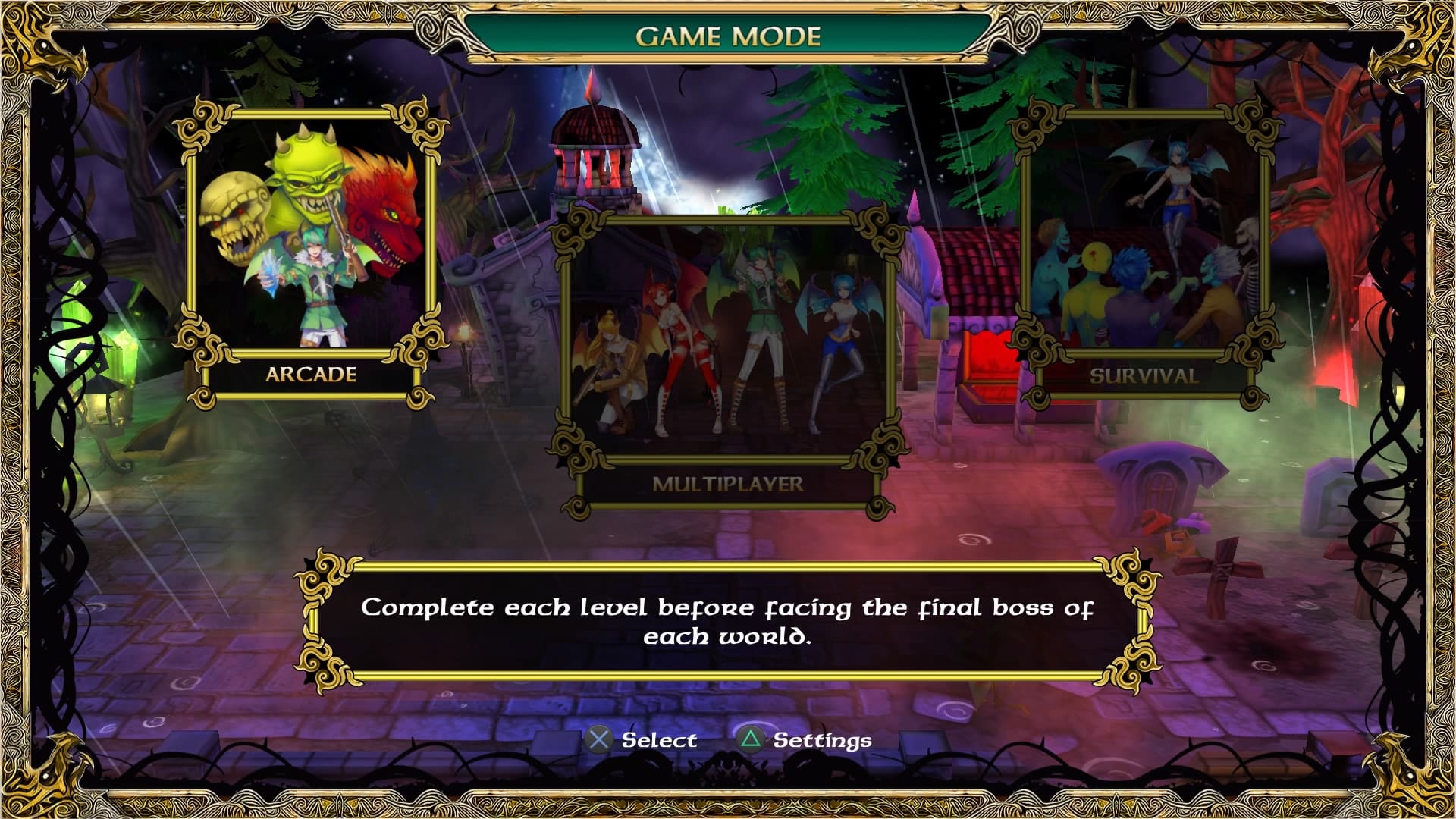 Demon’s Crystals is one of those titles that brings me back to the very early days of the PSN, it was almost like if developers had a schedule to which games to push out and not, Twinstick shooters was one of the types that we got a lot more frequently than others and this is maybe why i have an itch for the genre in general.

Demon’s Crystals got 3 game modes in the game, there are four player co-op modes in all of them and in general they work pretty good too, the mode called just MULTIPLAYER is the one i have played the least as this is PVP if i understood things correctly. 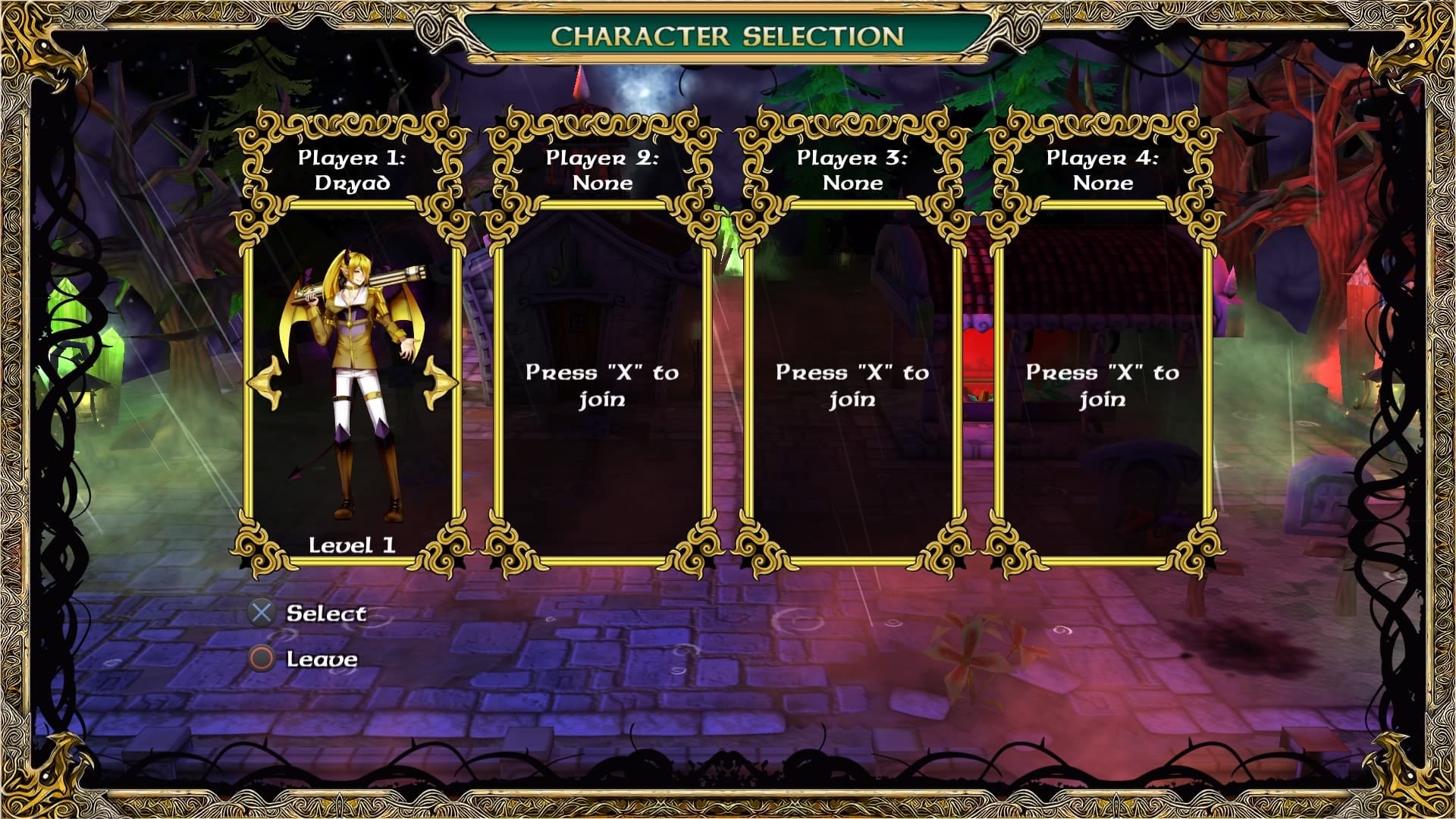 Levelling up in the first few levels is super easy, a flying start I’d say. 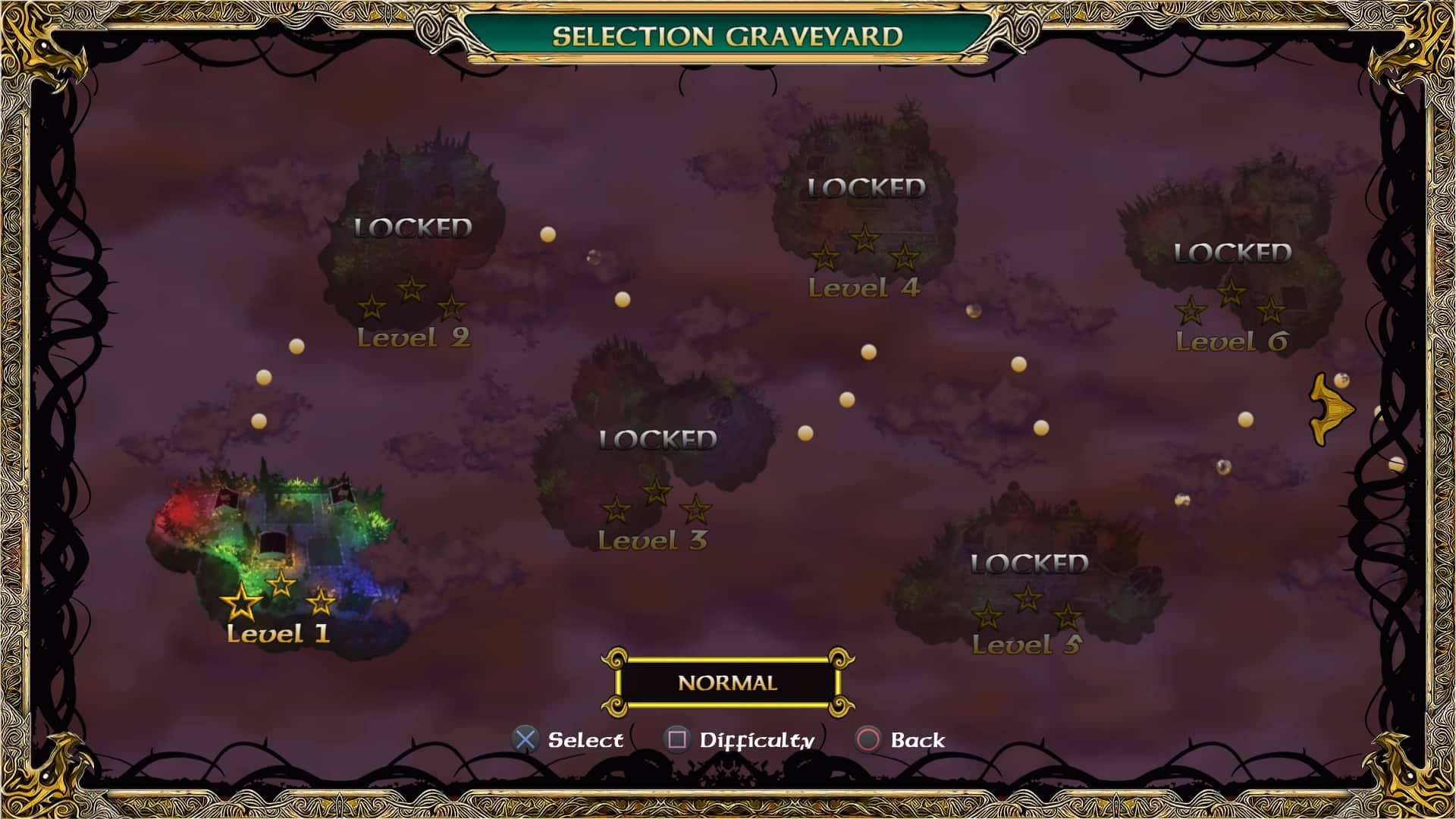 I am still stuck on world 2 (out of 3?) but there are 10 levels in each world where the last level is a proper boss fight, everything is going pretty smooth up until just before the first boss fight and when you enter world 2… well, lets just say that you will really find a challenge here, especially in 1 player only.

Me and Roar played the game in PlaySHARE online mode which is the only way to play it online as there ain’t any online modes in it, but as always it’s lag free and pretty much perfect for what it is, anyways the game didn’t get much easier with him helping me either and i must admit that the difficulty in the second world was really off-putting. 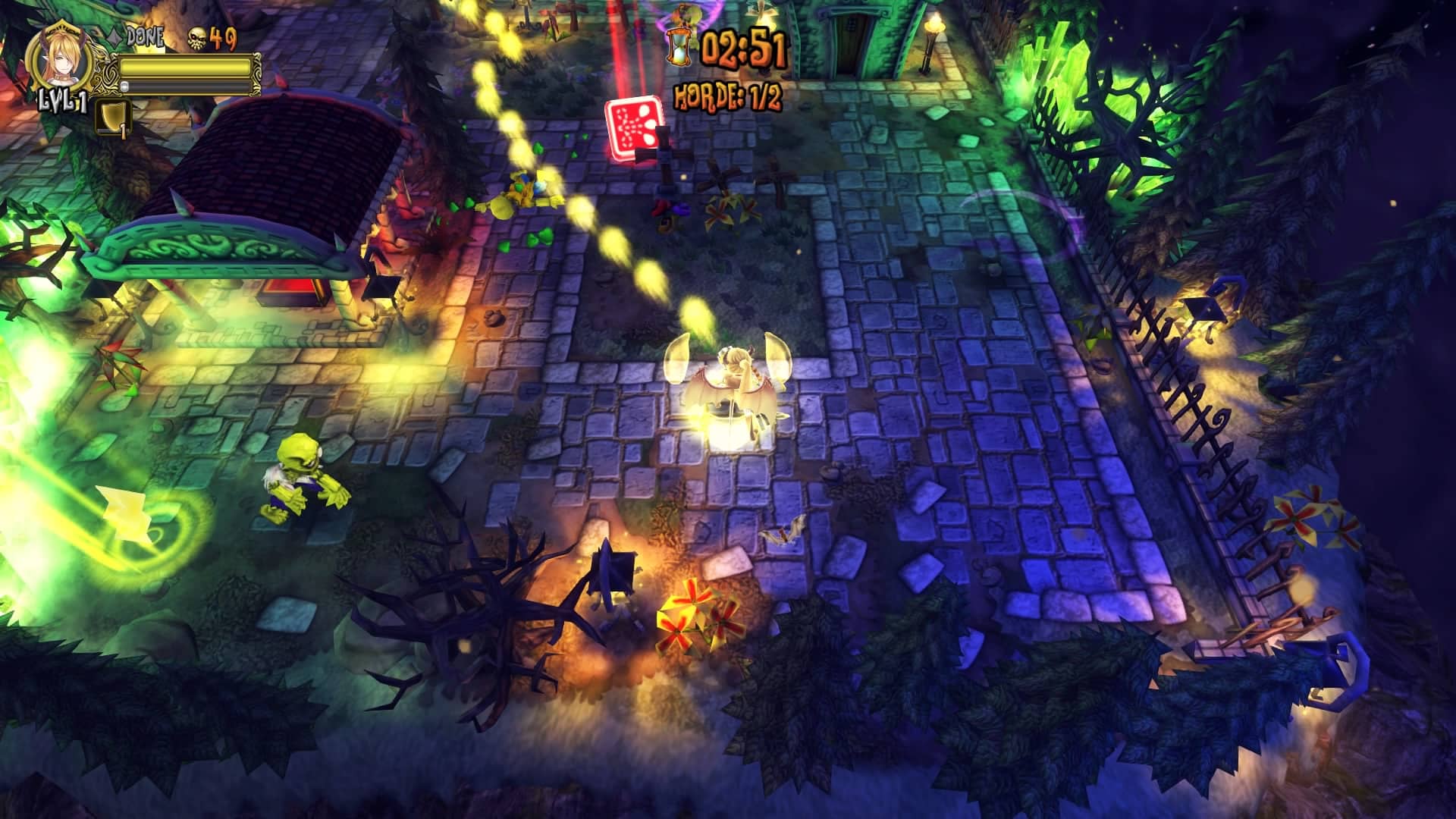 Demon’Crystals is a typical Smash T.V./Robotron type of game, shoot all the enemies as quickly as possible and while doing so try to pick up better weapons and so on.

Most levels in the game come with 3 stages in every level and one of them being a diamond pickup run where you are low on time and have to pick up several hundred crystals and killing monsters before the time run out. 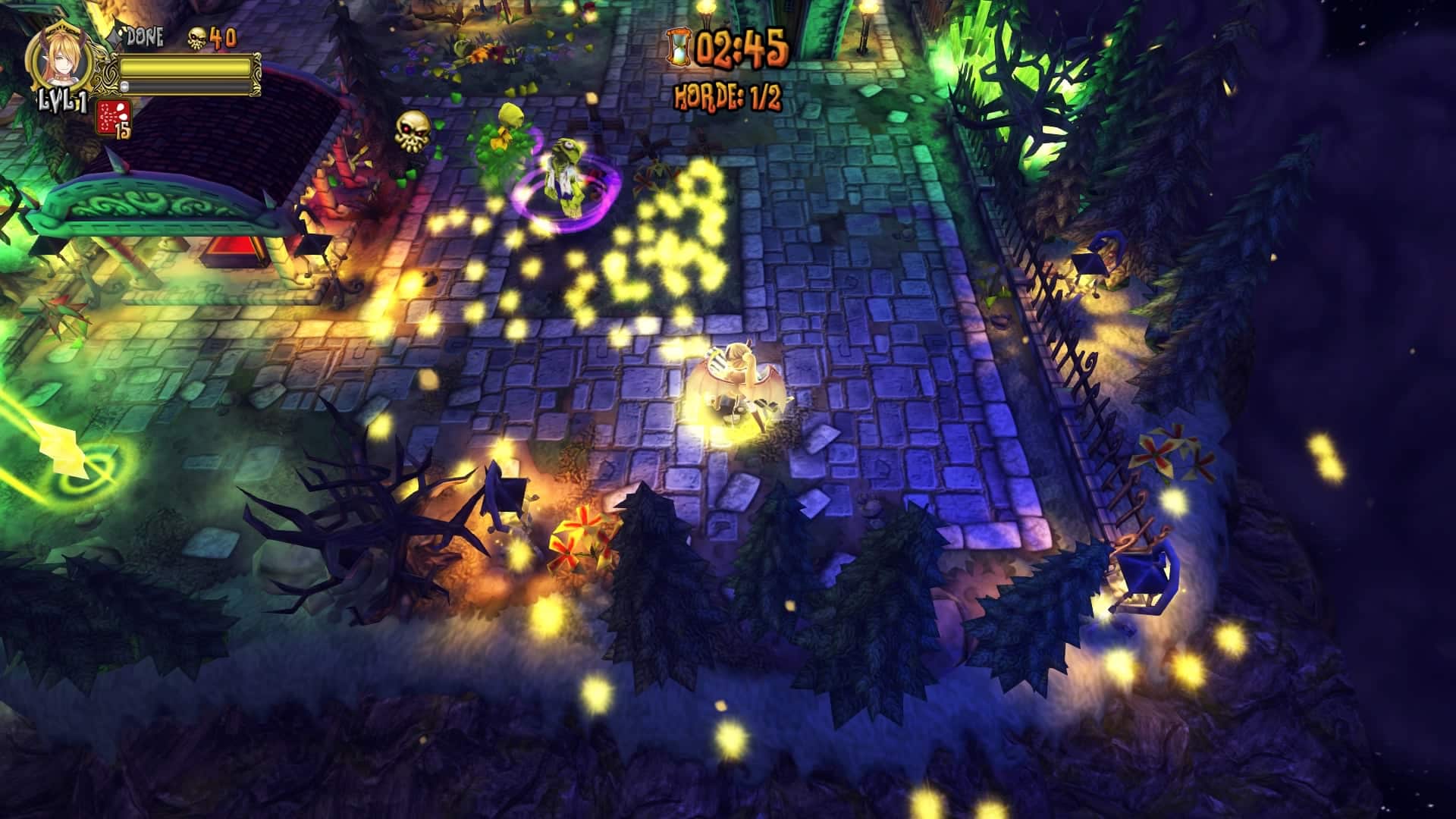 I can only find two bad things about the game really, one of them is the difficulty indeed but the other one is the god damned overused bloom effect in the game, everything is glowing too much and in later levels (especially in world 2) it get impossible to see bullets and enemies due to it.

I like bloom really but now i know why some people find it annoying and ugly… now i know. 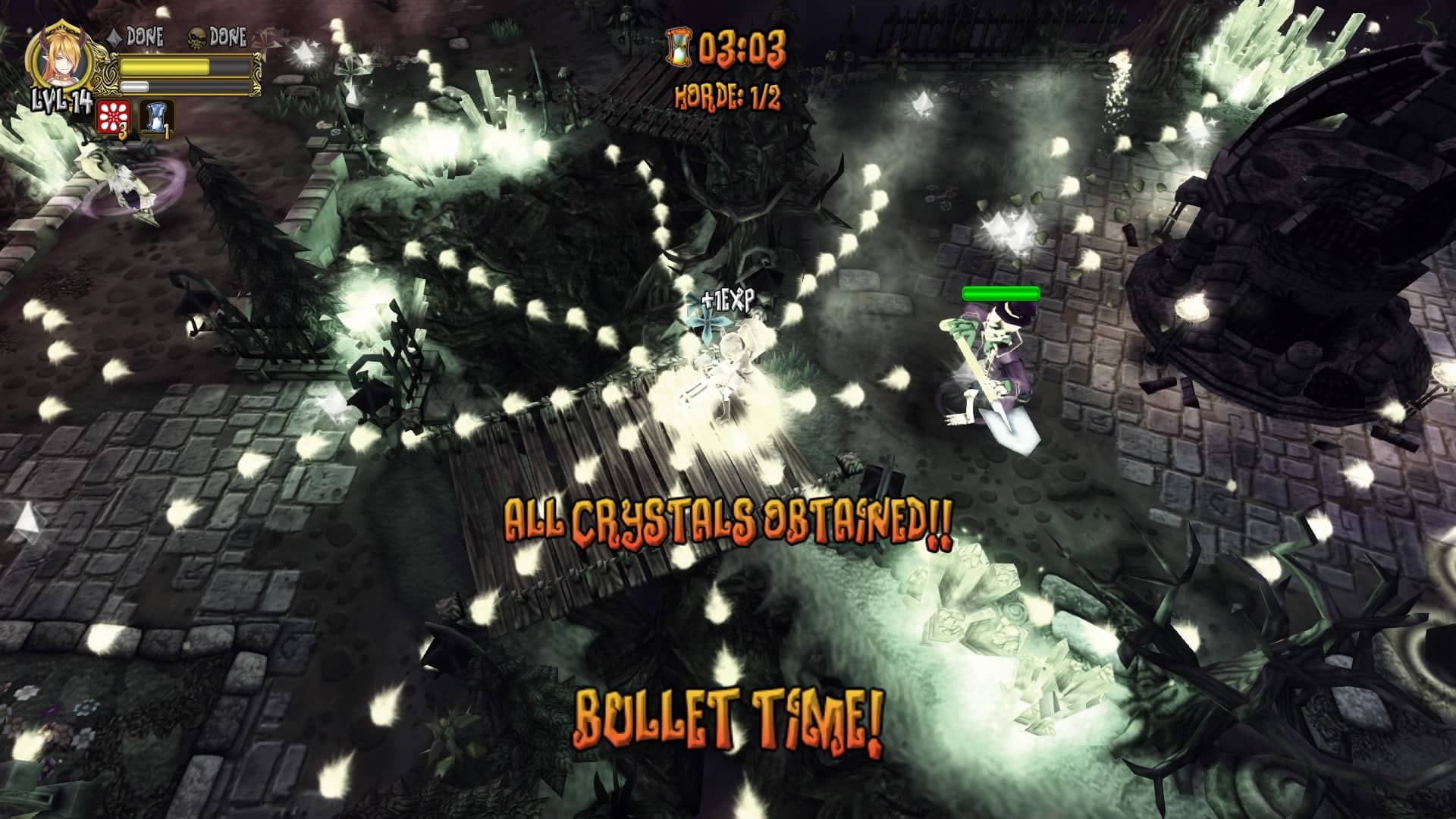 There is a shitload of weapons to pick up and most of them work really good too, they all got a timer on them and run out after 20 seconds or so.

Triple shot, quadruple shot and so on, yes i even believe there’s an octa-shot one heh, the game never gets old due to the power up’s and so on that’s for sure. 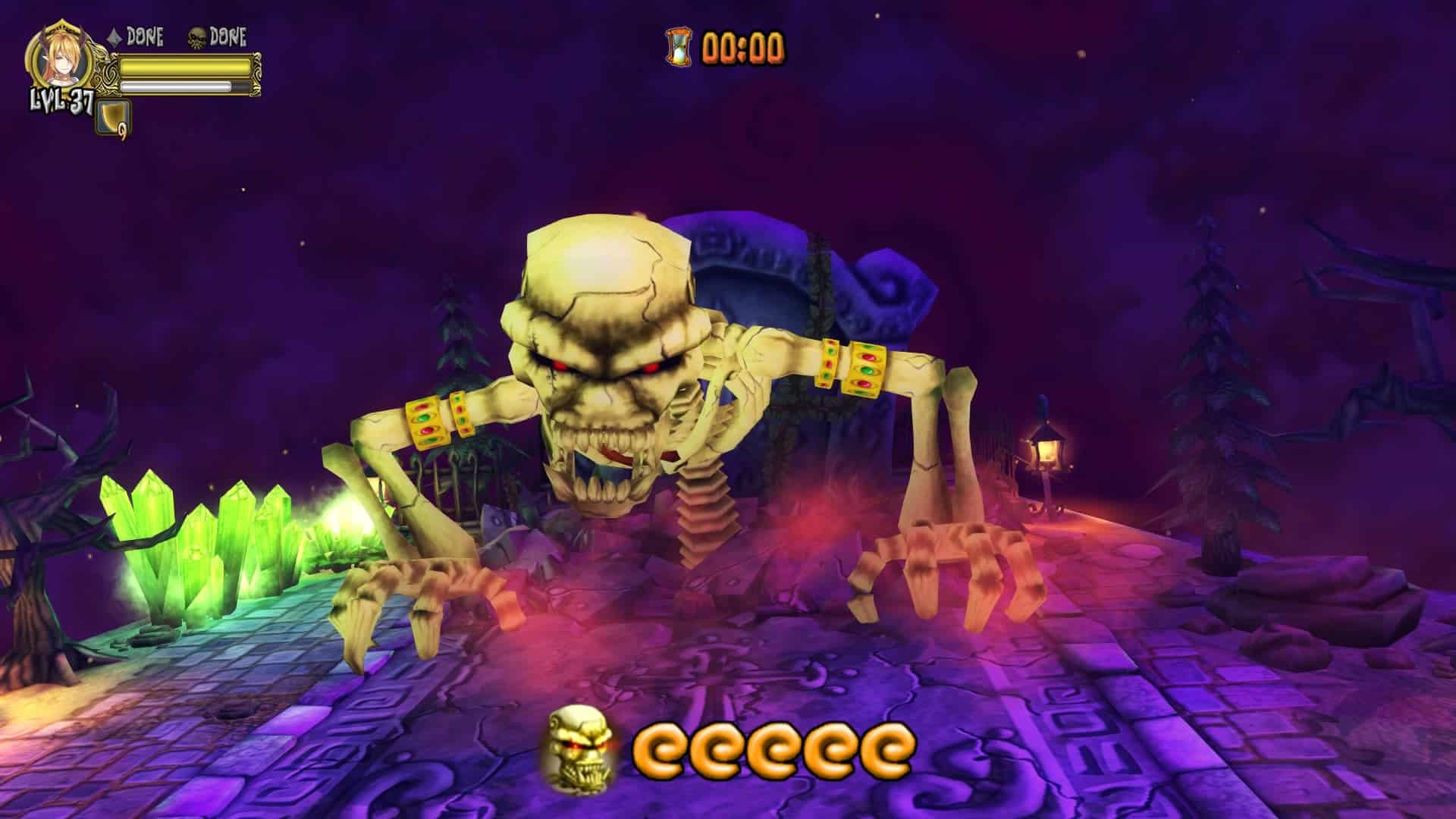 This is the first boss fight in the game, it might look hard but compare to what meet you later on in the second world will make this boss fight look like a joke, i really liked this boss fight and i have done it a few times too now and i really want to see the one in world 2 and 3 too but i am not sure if that will ever happen due to the difficulty spikes in world 2.

So the final verdict on Demon’s Crystals for me is that this could have been a really memorable game, it’s filled to the brim with enemies and small cool details that screams play me, yet its broken with difficulty spikes and bloom effects that just leaves a lot of questions to if the developers even wanted anyone to complete their game at all. I really like what you get for so little money here but one has to wonder if this is the reason why it’s so dirt cheap after all.  One for the fans only, or if you want a quick fix.