I will start with some developer background here, Revolution Software started off as an Amiga developer and they were determined to specialize themselves in Point and click adventure games and they had a good run on the Amiga with Lure Of Temptress, Kings Quest VI and lets not forget Beneath A Steelsky and while they also released some of the games on the PC and Atari but most of their early fame was due to the Amiga versions.
Revolution had already secured its future with 3 amazing hits, sadly those 3 games were the only ones we Amiga’s got in the end as Revolution moved away to the PC, MAC, and the PlayStation. Many thought that Revolution Software’s games would disappear in the myriad of 3D games and the explosion of Playstation era but somehow they managed to stay in there due to their quality and good name, much thanks to both their past games and of course the Broken Sword Series, a series that has been going for nearly 20 years now. The series was introduced to the Amiga through the ScummVM engine in the early/ mid-2000’s and there was actually a licensed AmigaOS4 ScummVM+PC game bundle in the shop’s thanks to AmigaKit. 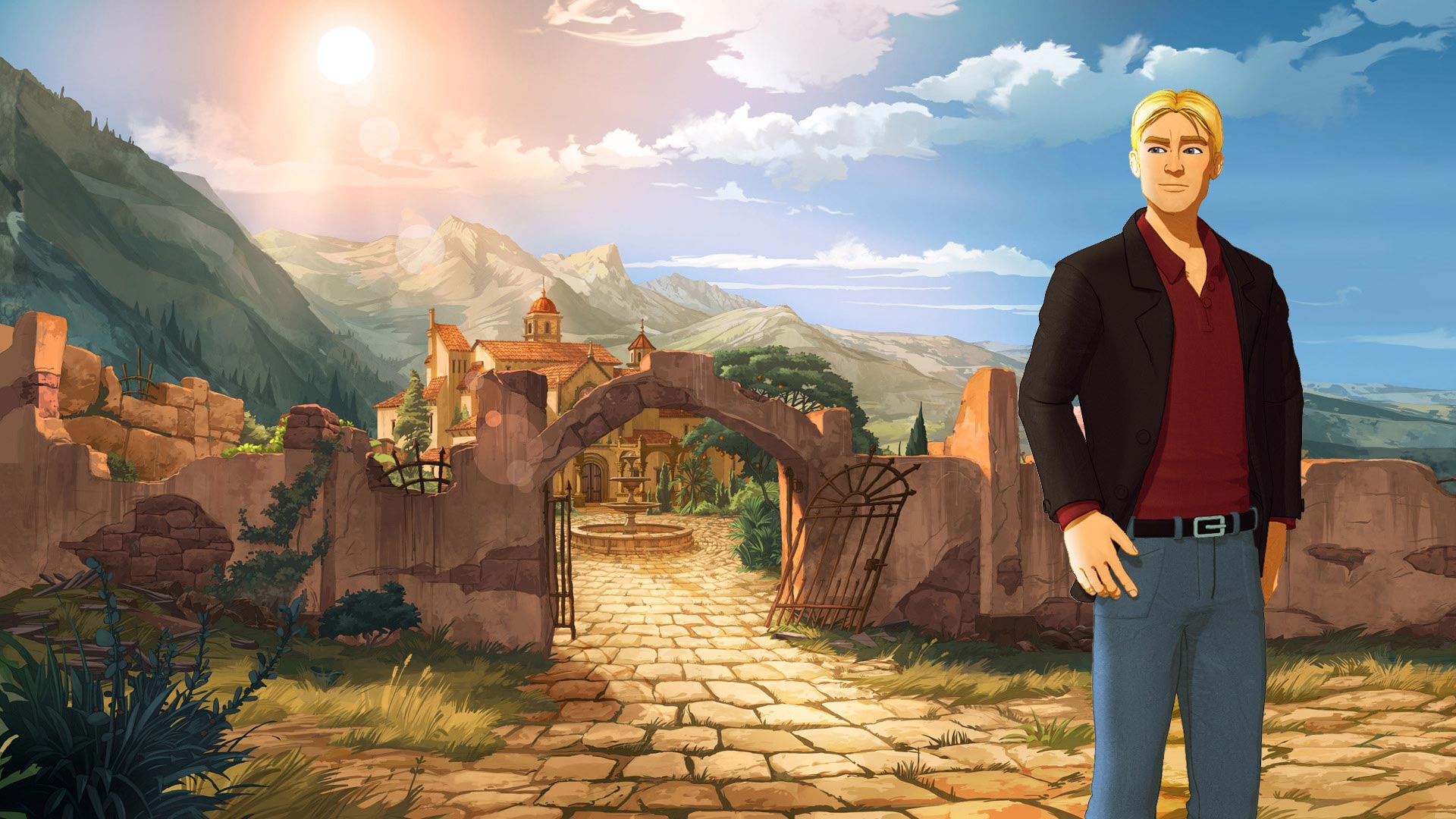 Picture Above: A trademark of the series is how good it looks, BS5 is no exception.

Broken Sword 5 looks amazing, there i said it! , the Vita screen makes it look even better for sure and i like to think that Point And Click Adventure games like this one is meant for devices like the Vita, it’s a perfect fit.
From the get-go BS5 kicks off with a great looking opening, everything looks perfect, well not everything as the main menu text/display looks horrible and out of sync with absolutely everything else in the game, luckily this is menu is only when you load up the game and where you select new game/continue. 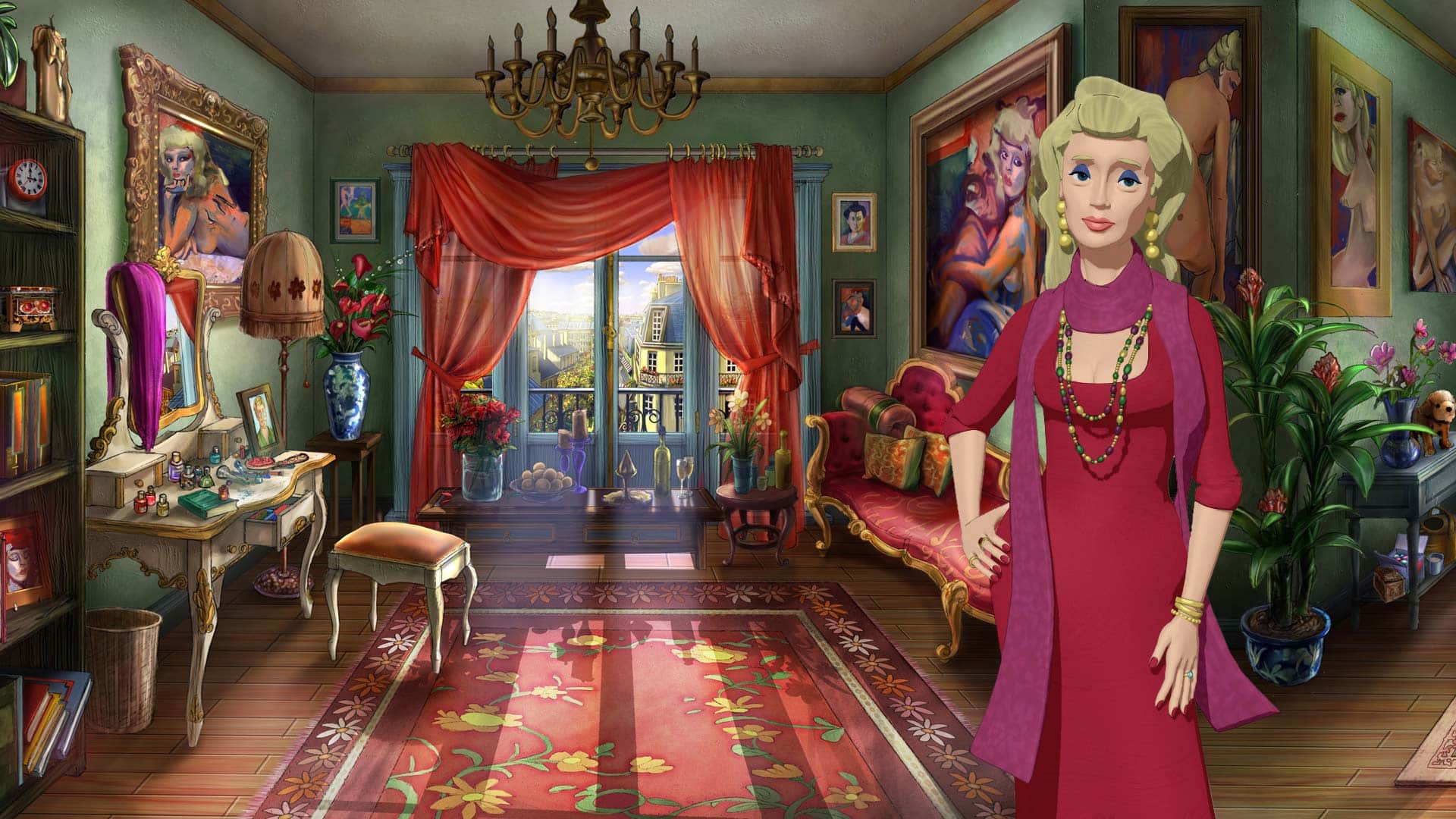 The Game kicks off with the usual Mystery murder and theft which in this case is a dead gallery owner and a stolen painting and you get to play as the Protagonist George Stobart and as always you will be accompanied by the lush Journalist Nico Collard on a journey to solve the great mystery. 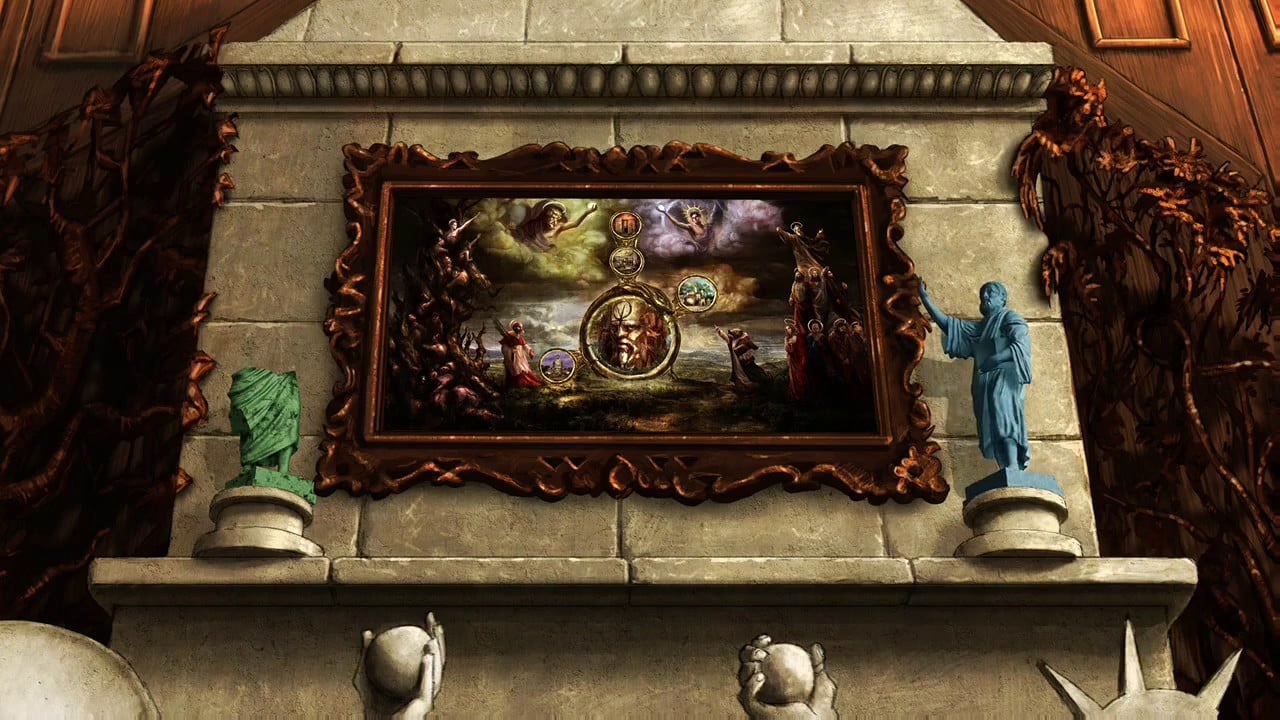 Picture Above: As always there are these mini puzzles, too few and too simple?

The Broken Sword series has always been heavy on the dialogue part and low on the “gameplay/action” so the occasional minigame has always been a welcome part of the games but this time around they made these things too damn easy! it is just a few taps’s on the screen and you have more or less solved them and it took me all the way to the end of the game before i realized that there even was a “hint box” where it would tell you what to do step by step…. i never used it as the game was far from hard and it is almost like the developers forgot about the hint box themselves as there ain’t even a trophy for completing the game without using it let alone use it.. amazing!. 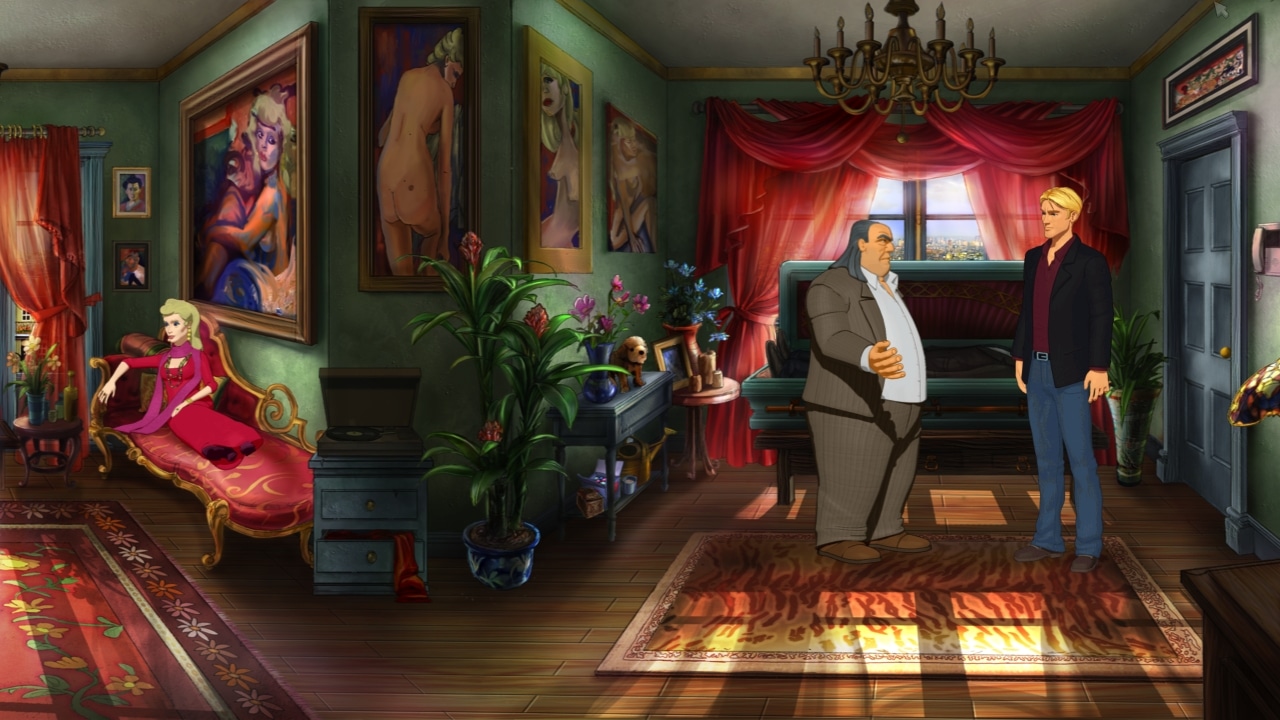 Picture Above: Talking and investigating = Fun!.

The game is set around various places in the “world”, great style and easy to remember who is where and which place is that and so on and that matters a lot to me in games like this as i really don’t like to wander around town for a long time before realizing that i am in the wrong country…
Every now and then you get to plot turns and while some of them ain’t too obvious at first they still manage to feel “ACK!, i knew it” or “doh!” and i can safely say that there was only part where i was like.. OH!, and that was when i was presented with..

Yes, i somehow managed to buy the game without realizing that part 2 was not released yet, i knew it came in 2 parts as i bought the “season pass”.
Seriously, these things can be cool yes but not when it comes to third party stuff as look at what happened to The Walking Dead, we in Europe got episode 1 at the same time as America but episode 2 came like 3 months after it! and we had so many delays that i had forgot all about the game and its story before i had even got to play it… 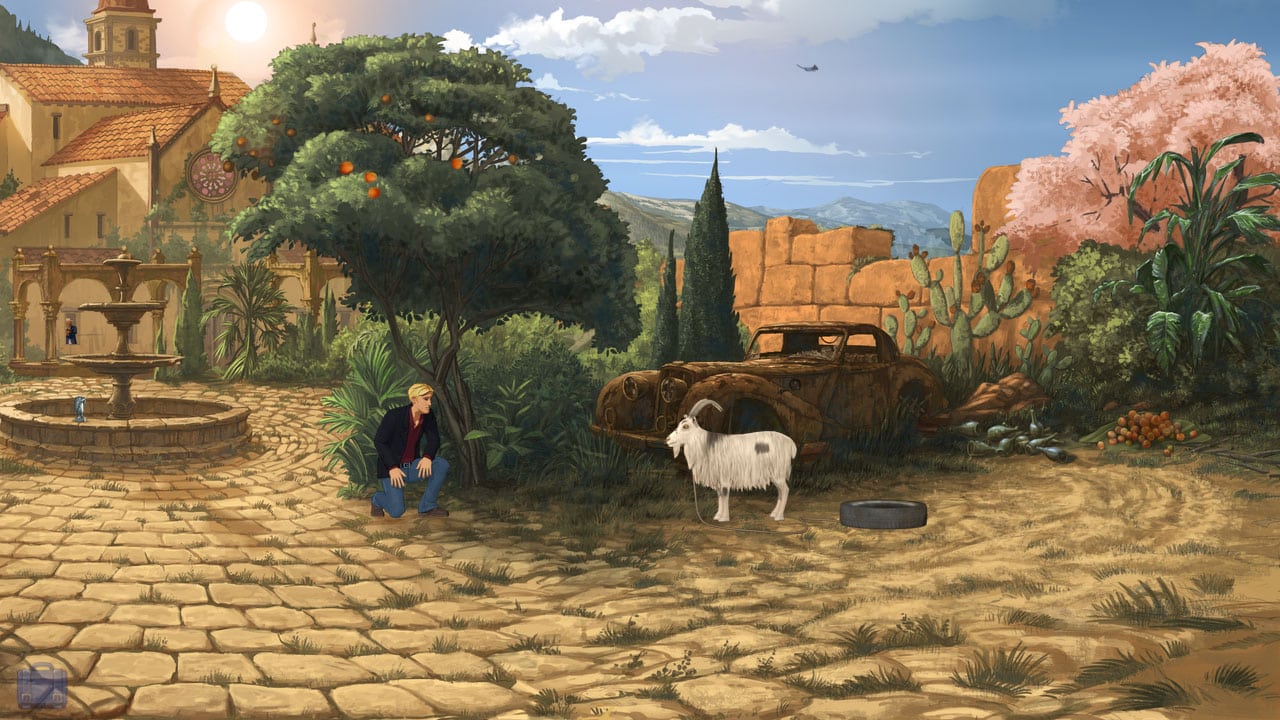 Picture Above: Lush environments all over the place and great puzzles but sometimes people familiar with the series can solve a puzzle without even thinking, oh wait! , ok here’s a tip! it’s in front of the behind and it’s pointing at the ground.

The game has some funny scenes but mostly it is dead (umm) serious so a comic relief can be very welcome and as always it is all in the details.
Moving around solving puzzles and general adventuring is fun and using the inventory is a walk in the park to use and it is pretty obvious that Revolution knows how to do these things by now but something is missing, it ain’t as fun to play as the older ones (1-2 especially). 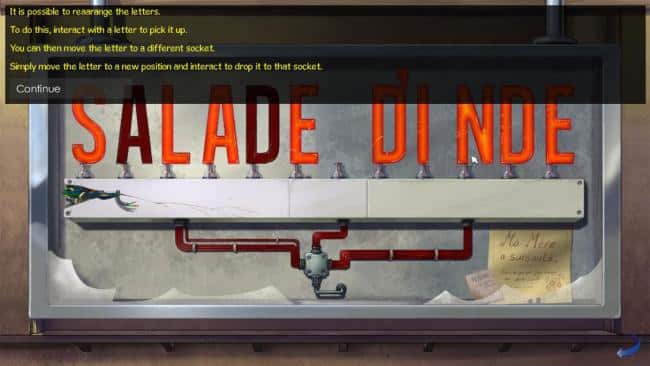 Picture Above: At one point in the game you have to help a salesman so you agree to fix his broken Neon sign with an alphabet/scrabble puzzle. 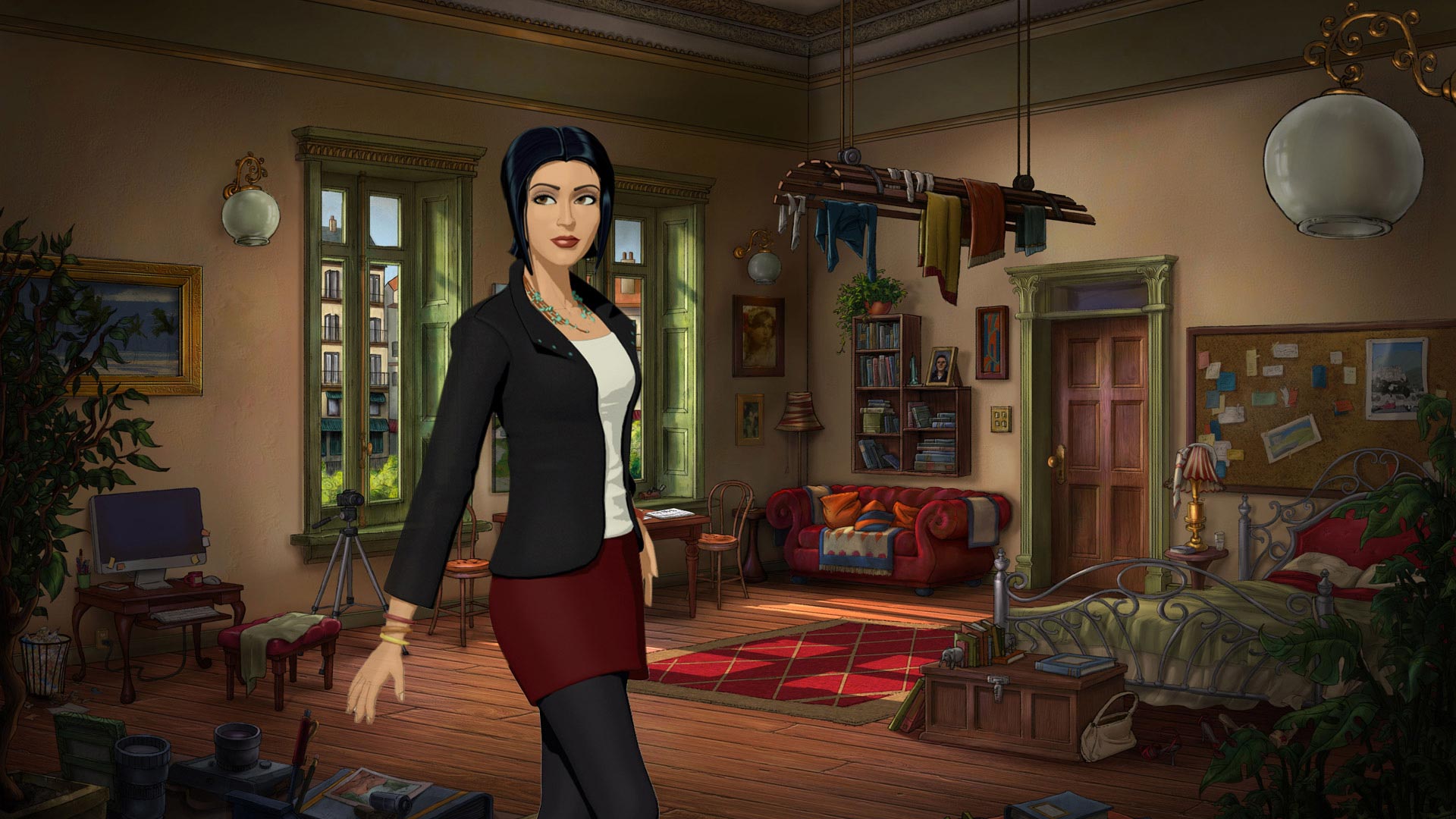 Picture Above: Nico, stunning as always.

The story in Broken Sword 5 is great and it has a lot of peaks but it’s got some too obvious things which sadly spoils the game a bit more than it should have and while i understand that the market for these games is rather limited i still think they shouldn’t have had to “dumb” them down in terms of puzzles and the hints and such.
The game got really fun towards the end of part 1 but i hope part 2 will hold more surprises and add more “stuffing” to it all as yes investigating and reading dialogues can be fun but they need to make it more challenging.

There are 3 things i totally hated about this game,
1. Why ain’t this a Platinum trophy type of game? , amazing how they managed to create an 8hour game with all these details into so few trophies? not even a gold one in there.
2. Trophy glitch, the game managed to glitch a trophy on me and it was a story progress trophy!… these things should be impossible!!.
3. Inventory slowdowns towards the end, the whole game stalled several times when i tried to use the inventory, i even tried to restart the Vita… the same problem after restart too.