The PSP is most likely best remembered for its huge RPG library and what not, for me though it’s the shoot ’em ups that I end up playing the most and we’ve already covered some of them(1)(2) here on the blog earlier this year.

Xyanide Resurrection is actually a sequel to an XBOX exclusive game that came out long after the console had been abandoned more or less which makes Xyanide the last exclusive game produced (and released) for the original XBOX console.

Did anyone buy it at all?

Ok, so let’s talk about the sequel then… or maybe not :p

The first thing you notice about Xyanide Resurrection is how similar it looks to Psygnosis’s Novastorm in terms of the colour scheme and yes that even goes for some of the gameplay too due to it being a rail shooter.

I guess Playlogic got their inspiration from many games in the genre including Novastorm.

I am pretty sure that this is the first time many of our readers hear about this game as this is another one of those games that no one ever talks about even if it was released on both the PlayStation Portable and the PlayStation 2 (there’s also a PC version).

The PlayStation 2 got a shitload of amazing rail shooters over the years and this is among the better ones but the reason it went unnoticed by most was the time of release. It was late 2007 or early 2008 and most shops were cutting down on their PS2 shelf space to make room for the ever-growing next-generation market (Nintendo Wii, PS3 and Xbox360).

Don’t even get me started on the PSP, most shops didn’t even bother to stock most PSP titles let alone niche titles like this one.

In 2010 Playlogic closed its doors after various troubled projects and that their latest title Fairytale Fights bombed (a game that I really enjoyed…).

Xyanide Resurrection is a pretty typical rail-shooter which means you got a loose control system, a chaotic techno/trance soundtrack and waves upon waves of enemies popping out of nowhere while the camera sends you from location to location in an ongoing and ever-changing background extravaganza.

You can’t do much to change what’s going on so you got only one option and that is to shoot everything you see, with that said you can rotate the camera 360 degrees but this is only to shoot enemies around you and not for steering in a specific direction. You have a radar in the top right corner which shows which way you have to face to see the enemies.

The first few locations in the game look pretty much the same but due to the speed and the intense amount of action that is going on you get immersed in the action and everything feels rather good even though you are playing on the tiny PSP screen.

There are weapon upgrades and a money/credits (Xyanide…) system in place which helps to keep everything balanced, it is a pretty difficult game at first but once you unlocked some Xyanide to buy better stuff things do change but do not expect it to be an easy playthrough.

You will eventually get to the boss fights which can be nothing short of exhausting, your choice of arsenal will matter quite a bit but not in a game-breaking way.

The boss fights never get to the Bullet Hell type of level which means that there will be some bullet dodging but most part of the boss fights will consist of you trying to find a spot to shoot it and then shoot that like crazy.

There are a total of 15 levels in the game but thanks to the level system mean that you can take a different route if you get stuck on one of them.

You unlock various things like artwork after each level, another nice thing is that you can start from any unlocked level which is good for grinding up some more money (Xyanide).

The game offers several single player types of games as well as a MULTIPLAYER WIFI PSP LINK mode, I never managed to source a second copy of the game so that two-player mode remains untested but it does sound brilliant.

I decided to add this small trailer to try and build some hype, sadly there ain’t any high-quality ones out there unless you opt for the PC trailers or whatever.

I also got the PlayStation 2 version of the game and yes I have tried the multiplayer mode on that and it makes the game a lot easier, other than that I can seem to find any other differences between the two versions and without checking more closely I think its safe to say that they are more or less identical.

Playlogic only did a few good games throughout its time and Xyanide Resurrection for the PSP is one of them, it never tries to be super special or fantastic as it’s more of a tribute to the genre which means you won’t see anything new here, everything has been done before. It looks fresh and is most certainly the best of its kind on the PSP but do not expect the brilliance of let’s say REZ or the likes. 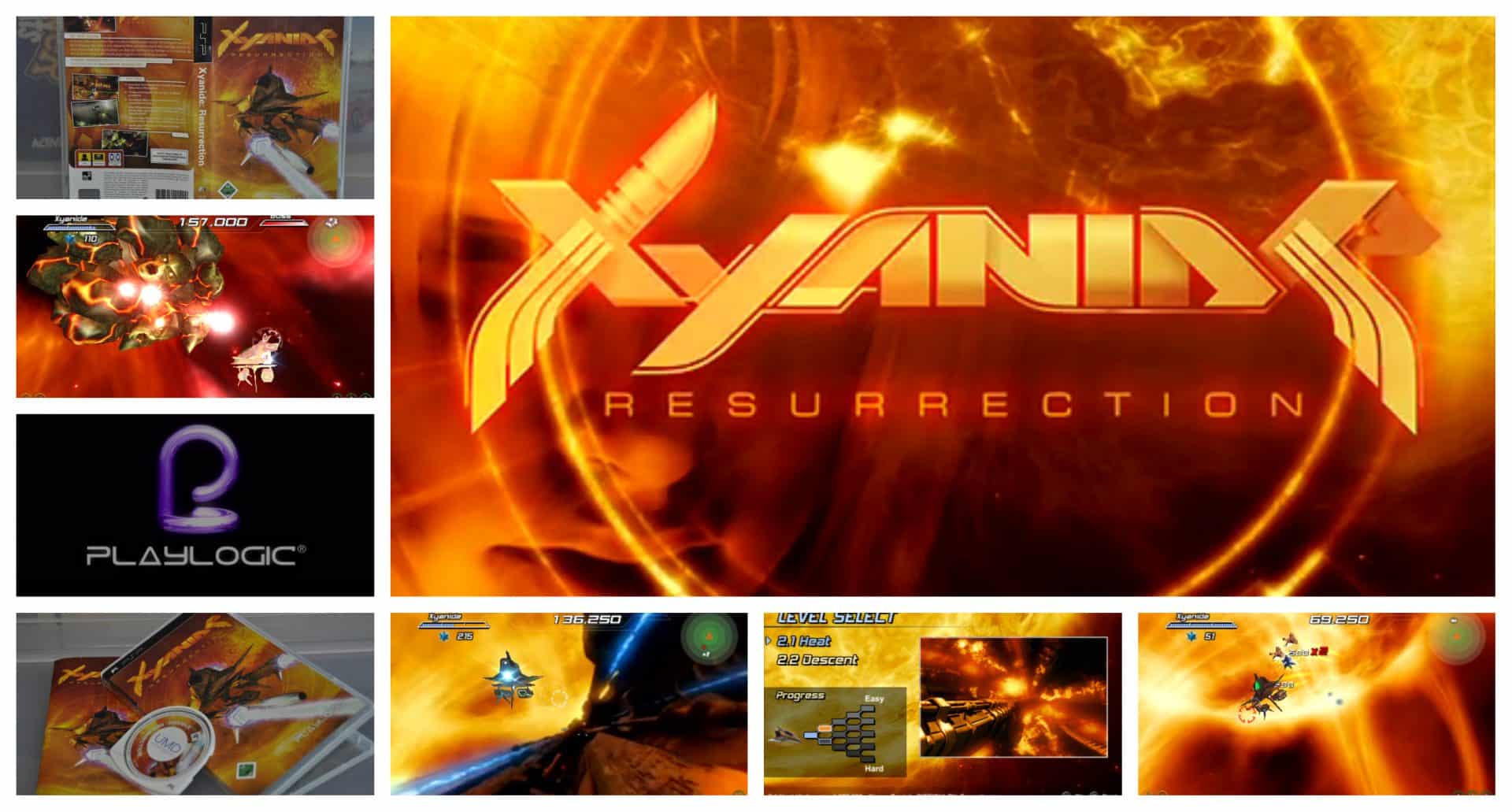