RETREAM is finally back with another production and this time around it is just a small puzzle game created with his ALS graphics engine thingy for AMOS PRO. 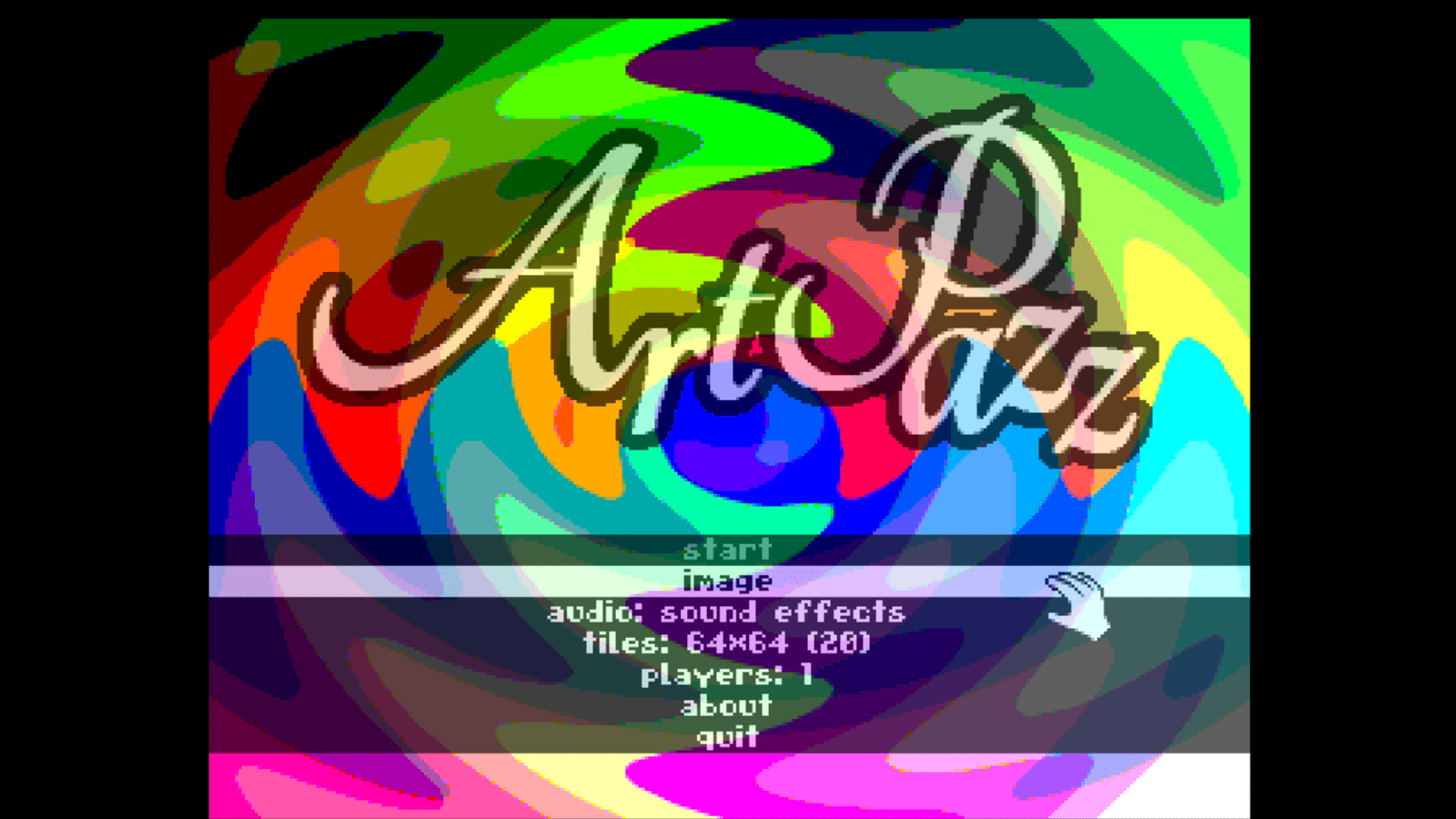 Well, it is basically just a tile puzzle game where you have to reorganize tiles to recreate the original art picture you saw for a few seconds just before the round started.

There are no time limits and you can try for as long as you want and you can select various sizes of the tiles to make the game harder or easier depending on size. 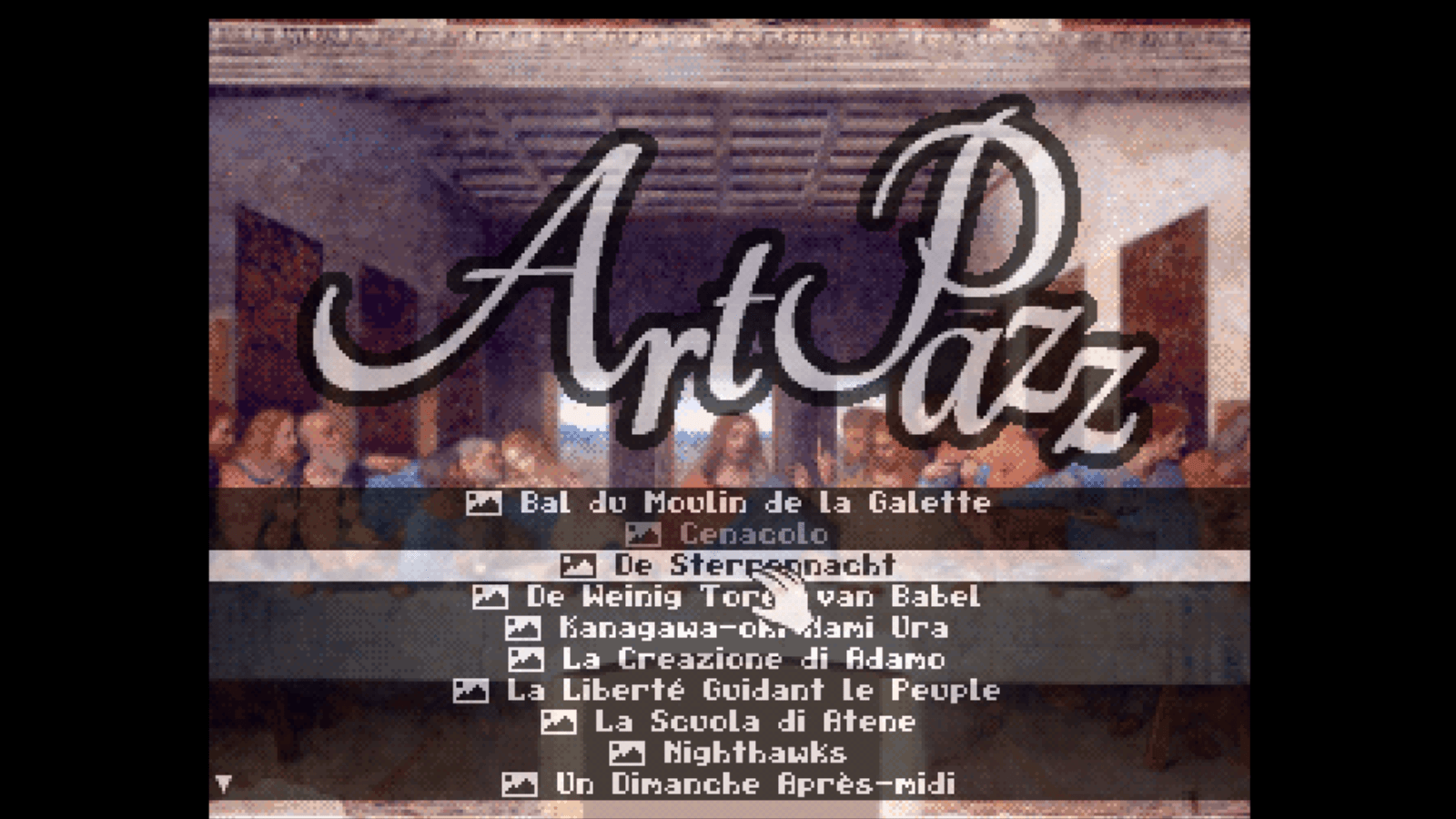 There are 10 pictures to enjoy in the package, all mostly rather known art pieces even to me.

Are there enough art fans out there who also love Amiga gaming in 2021?  Who knows, but if there are then this game is probably a perfect match for sure. 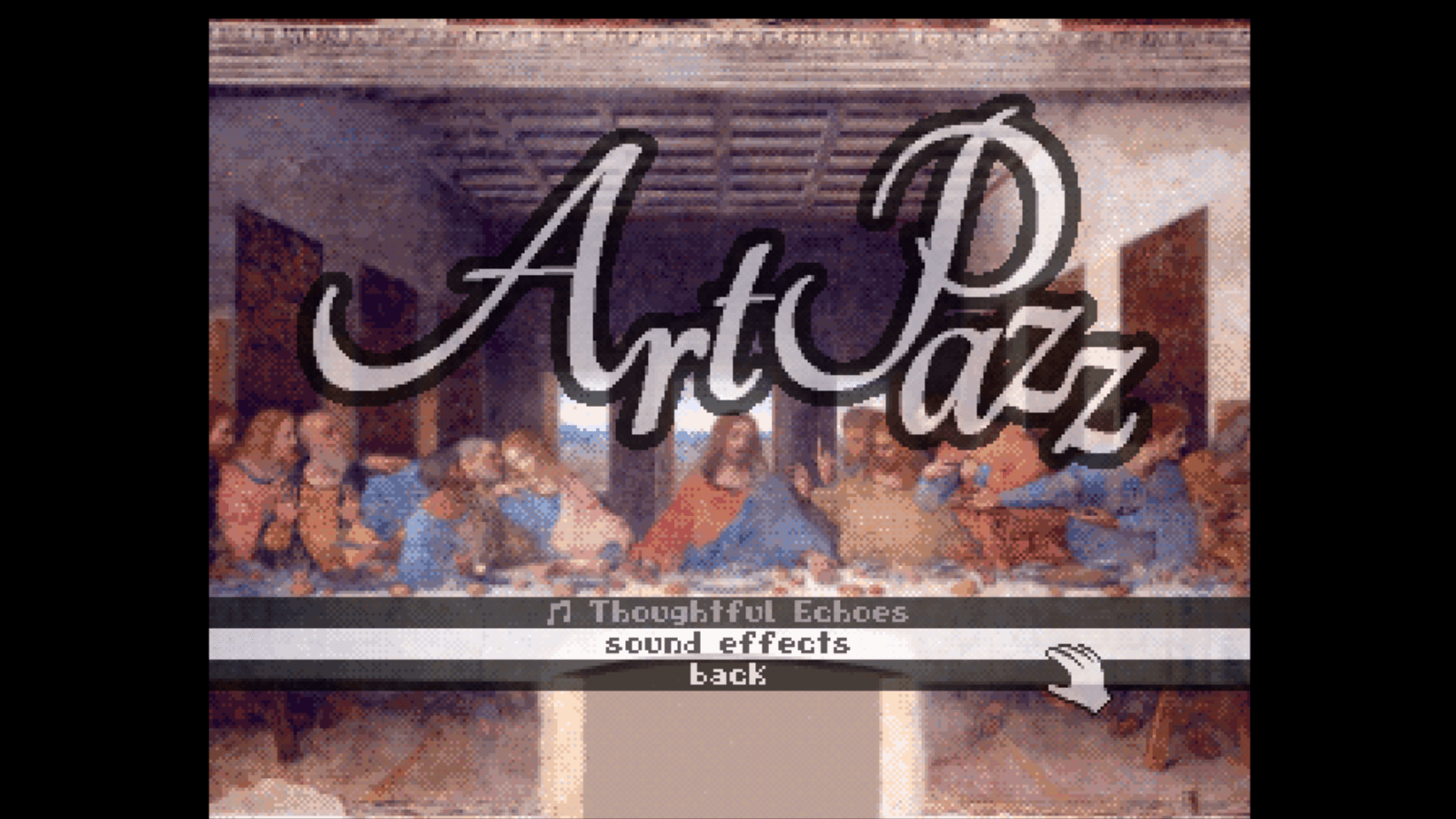 Sadly the game offers only music or sound effects and not both at the same time, for such a game it really doesn’t matter from a game design perspective but still, it is a feature I personally think every game should have no matter if it is free or commercial.

This is how the game puzzle looks from the get-go until completion, nothing fancy alright but it works good and it is easy and intuitive to play too.

The better your memory and skill to move tiles around the higher the rating.

You have a set amount of tries on the tiles too so you will have to try and visualize and plan a bit ahead too. 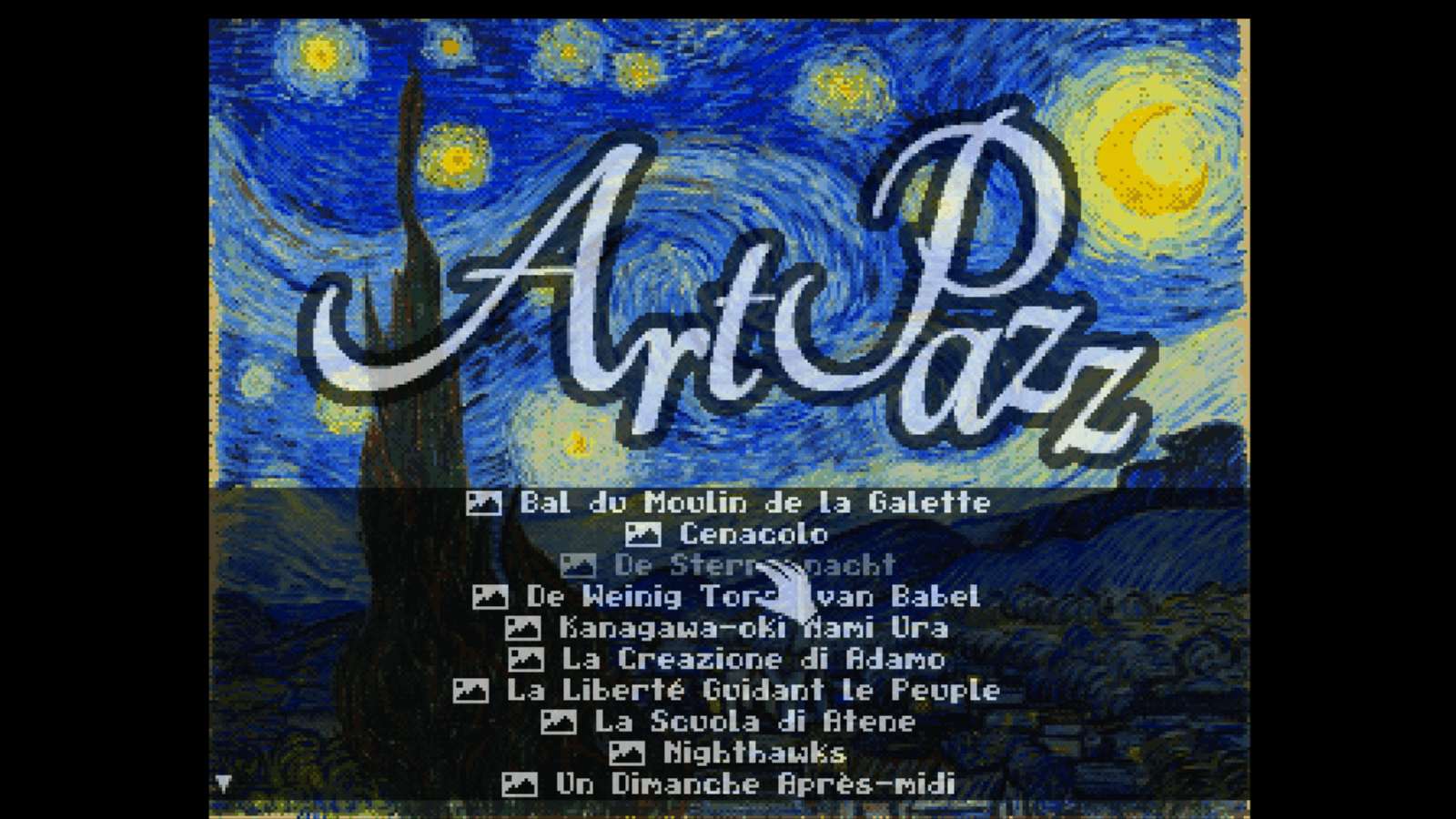 ArtPazz allows up to 8 players in one game where you play at turns.

You can add pictures yourself to the game and the same goes for the music too which is a really nice touch as there are most likely a lot of people out there that would like to do an Amiga game slideshow or whatever with this engine.

No Less than 3 Versions of the Game will be made available:

ArtPazz is a free downloadable only title, you can download it from the RETREAM’s Itch.io website within the next few hours and while this is a pretty simplistic game I’d still want to recommend you guys trying it anyway, show him that there is an Amiga market still and take a look at his other games too as some of them are proper gems.

I find it hard to review this game really, it is far from his best one but this was just a small fun project and one must applaud that too. Do I like puzzle games? Well, sometimes I do and this works for me for a few hours and then I will never look at it again but others might play this loads and love it to bits but to me, it is just a wee too simple. I completed all pictures twice now and I won’t start this game up again for years now I guess. Not hating it as I see the fun in making it and the fun in pleasing people with it.

1 thought on “A Look At: ArtPazz AGA – A New Amiga Game By RETREAM”