Jeff Minter’s back! and maybe best of all is that unlike his last game (Tempest 4000) this new one is in VR and I am sure most of our followers here by now remembers how much I loved Polybius VR and that I even made it my GOTY title that very same year. 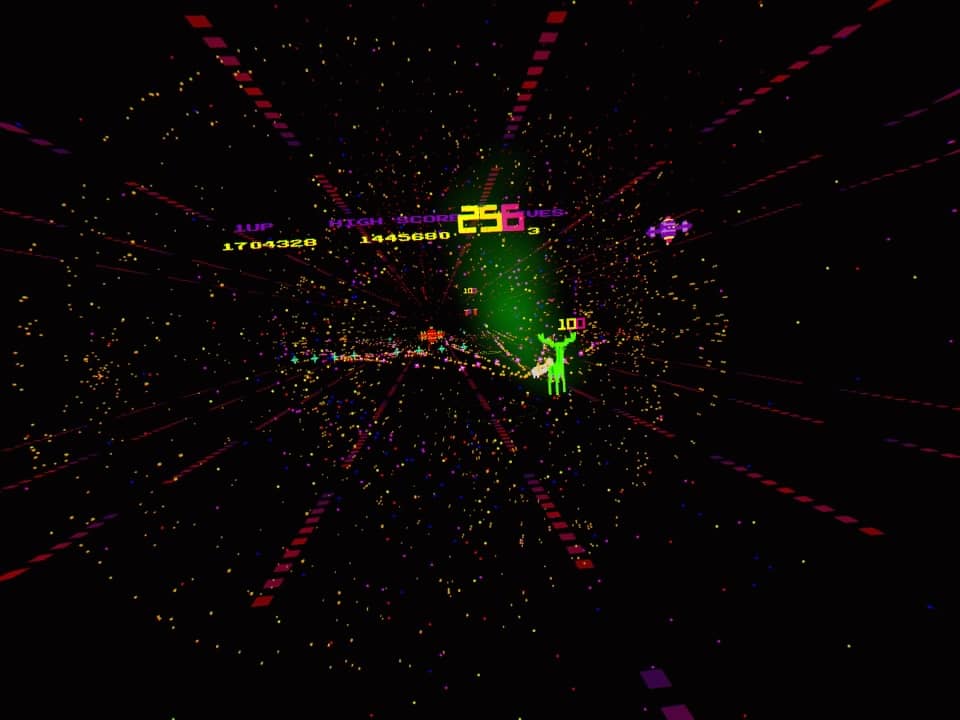 Moose Life is Llamasoft’s new acid trip game and as always you will get a lot of easter eggs as well as nicely crafted levels in millions of crazy colours and a shit load of mental vectors (it is actually Voxels now tho) thrown at you in all sorts of ways just to try and simulate what can only be one of the best illustrations of an overdose on LSD known to man… or umm yeah errr an early 80s arcade game.

Moose Life takes the Polybius and Tempest formula one step further by making everything even more confusing to play (hah!) and yet the way the game plays it repays you (by pure luck, skill or even just by replaying the shit out of it until you get past a level) just feels right once the next level text appears.

Llamasoft’s design has been a thing for 40 years by now and I honestly think that the whole “disguise the game as an old 80s arcade game” works tremendously good and that they once again went back to VR makes it even more desirable since this type of games has proven in the past to work really good with VR. 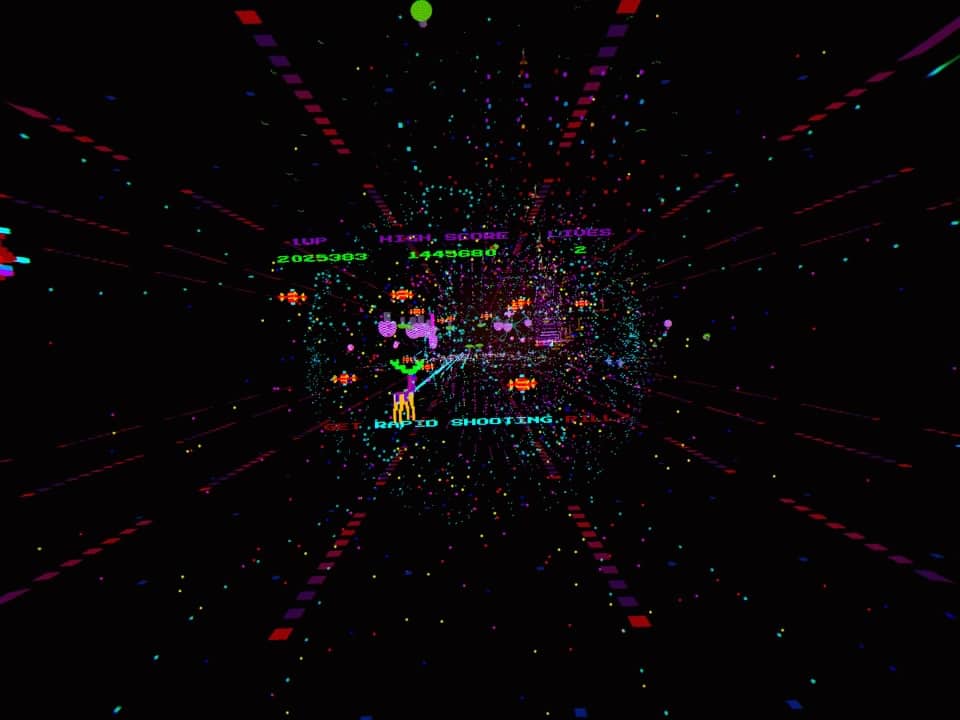 The game is littered with easter eggs and sometimes it will take a long time to realize what the hell just happened too, one of them is hilarious to me as an Amiga nut as I can only guess that it is a tribute of sorts, what is it you ask?

Shoot a Boing Ball and out of it comes a bunch of sheep that you need to rescue and turn in to what I only can think of being Atari 😉  (Feel free to comment on that Jeff, I dare you :p)

The music in the game so far (at level 33 atm) has fed my brain with enough immersion and will to live for decades to come and while it may not be up there with Polybius VR it still delivers in such a way that no other studio even comes close to in terms of old-school mayhem and psychedelic madness and as out of this world it may sound I do find myself giggling, laughing and making all sorts of funky noises (according to my family members, of course) while playing this batshit crazy of a game.

Do you wonder what the point of the game is and how to play it? Well so do I man, So do I…  I can’t really review properly it as I am not sure what there is to review other than utterly brilliant game design that is, I mean the game pinpoints the feel of an early 80s arcade machine and everything it does it do in a way that makes you believe that this is how every game back then actually looked and played, it is bloody perfect in recreating something that never ever was a thing at all and yes when you then decide to check out real early 80s games then you realize how slow and clunky many of them were (if not all).  I will give it a score but only because the game told me to do so, I find the game to be the answer to everything and nothing.

Want to fry your eyes, forehead and brain cells and relive the 80s? Look no further as Llamasoft games are then the right choice for you.