Some of you might remember an article about Projekt:Lila that we did a while back here on the blog and the reason why I mention this now is that this was the second release for the IndieGO! system. If you wonder what that was, then I suggest you check out the Projekt:Lila article, anyways the “console” was Amiga CD32 compatible so games that were made for that was also compatible with our beloved Amiga’s.

Catacomb 3-D came out all the way back in 1991 for the PC, it got updated a few times for the next few years and by the end of 1993, it was called Catacombs  3: The Descent.  The developer behind this game was (naturally) ID Software’s Carmack and Romero and this was the game engine that eventually turned into Wolfenstein.

Ironically enough Catacomb 3-D is one of the reasons why Amiga became redundant for many as it couldn’t do 3D like this, the question though, was that actually true?

Most Amiga guys know by now that there are quite a few rather good 3D games on the machines, as for Catacombs 3 on my CD32 shows, it plays fine and then some, much better than many of the shitty PC’s in the early 90s anyway.

The other thing though, was Wolfenstein and Catacomb 3-d actually any good at all?

I certainly don’t think so, the games are horribly laid out, broken game design and tedious to play, always have been, always will be, that is my opinion anyway.

The reason why many liked these games back in the day was because they felt so fresh compared to all the other games on the market, I understand that and while I never did like most 3D games before Duke 3D & Quake arrived I totally get it why magazines, etc hyped up the genre , but yes the evolution of 3D gaming and its tech was indeed fantastic but not so sure about the quality of many of the games the first few years.

I don’t know but to me Catacombs 3 is one of the reasons why I never did bother with PC gaming, I have tried to play the game for a few days now (and several more some years back)  but no matter how good this port is I just get bored beyond what I thought was possible while playing it, it is repetitive and its ugly and I even struggle to find anything positive to say about the game too, ok there is one positive thing and that is that this port is really well done, the game runs smooth, the controls with the CD32 pad works great and from what I can see is that this is a 1:1 port with Amiga optimization and extras.

If this game had come out on the Amiga CD32 in 1993 then this would certainly have changed a few things, but no, this game came out in 2016 whereas it went by unnoticed by the public more or less, several major Amiga game sites like Hall Of Light haven’t got any listing for this game. 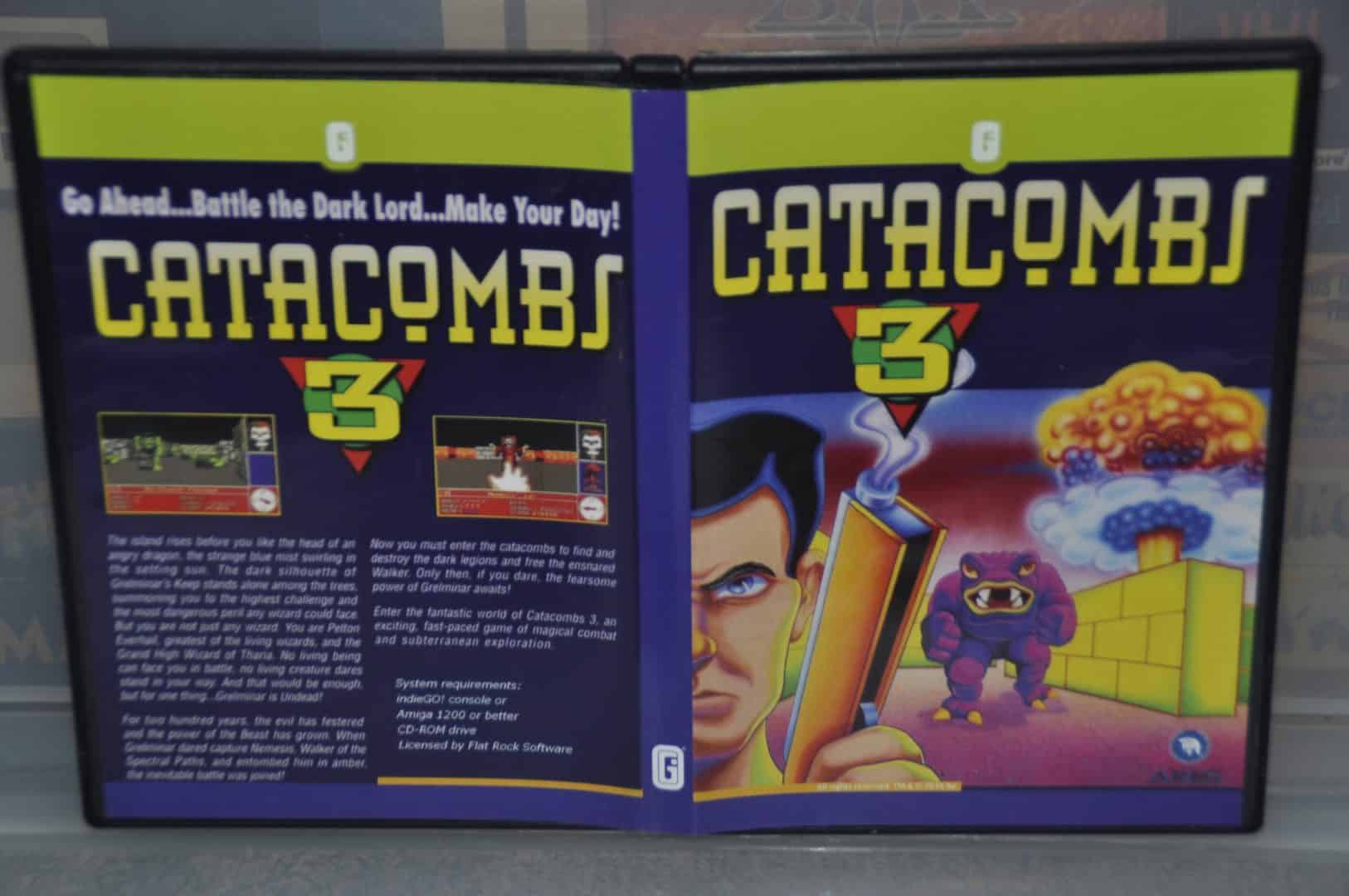 One of the good things about the Amiga release has to be the box and design, flashy box design and yes I like it.

The print quality is good too and no sign of cutting costs by using cheap paper or using a soft DVD box etc. 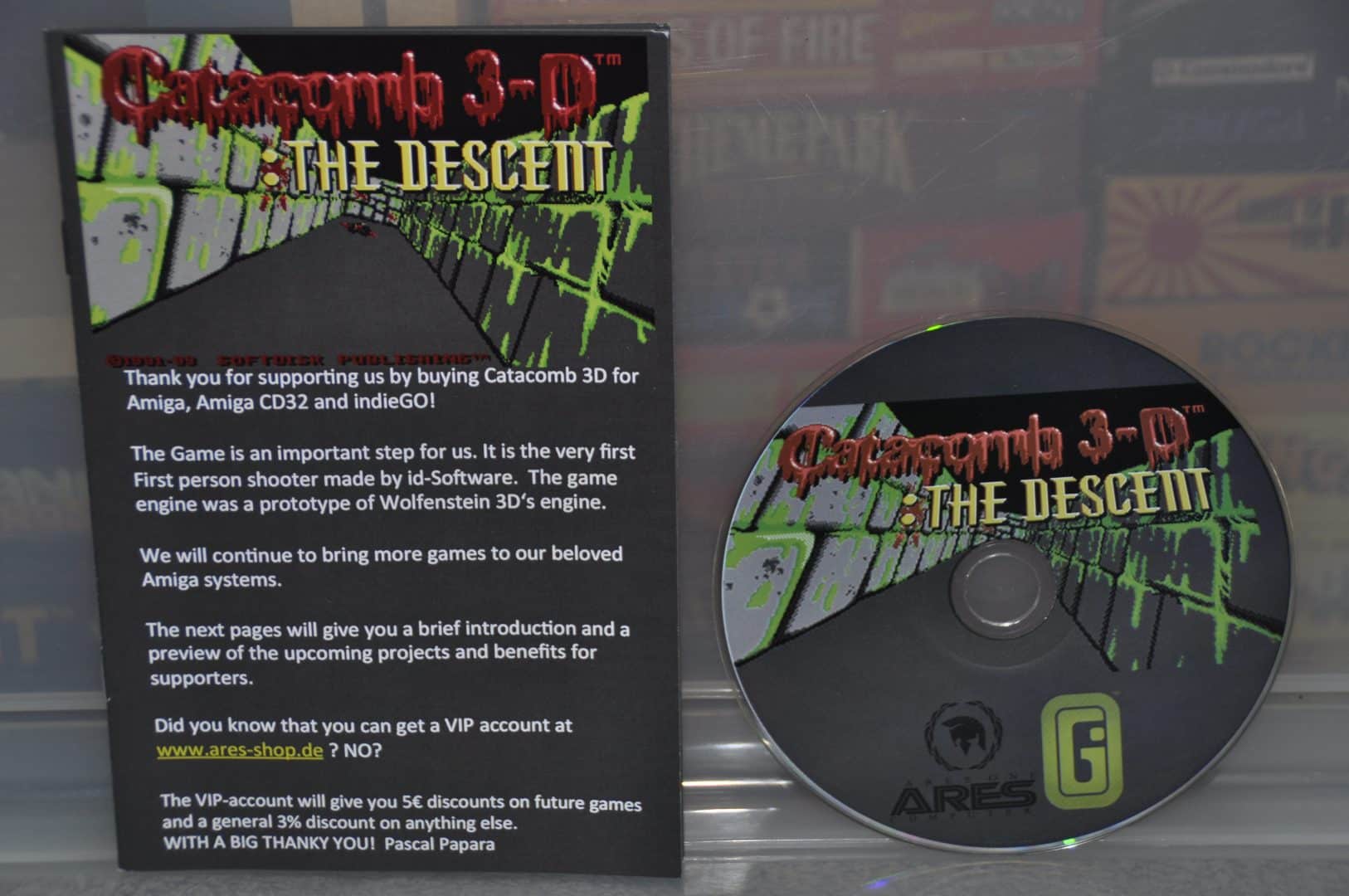 The CD is professionally made and that is a big plus as some publishers want to cut costs and use shitty a CD-R.

The manual is well made too, good quality print and paper.

The manual is nicely laid out with some backstory and information about controls and specs. 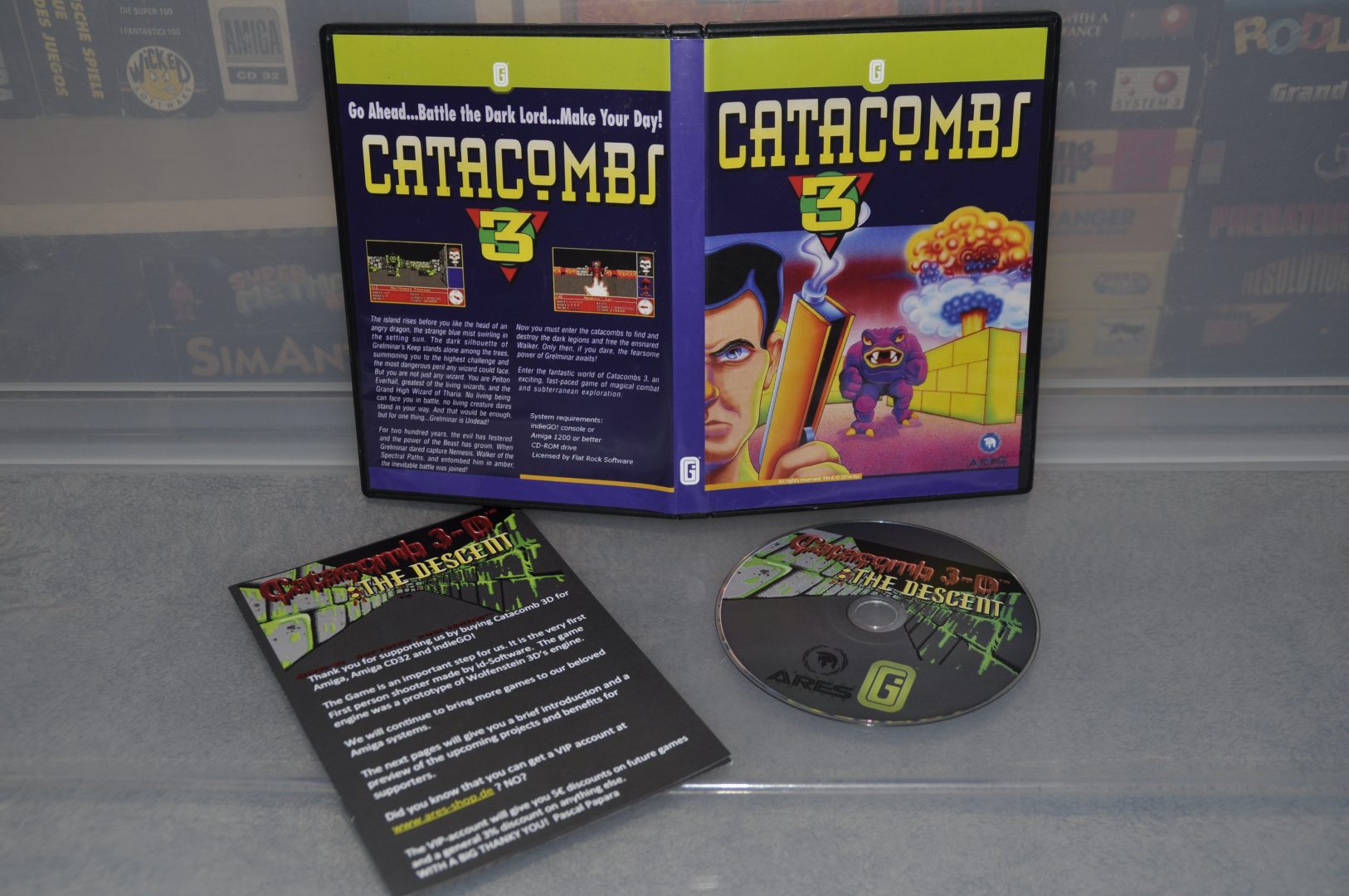 I have tested the game on both my CD32 setups and while the Terrible Fire 030 64mb setup is clearly the best of the two I have to say that the SX-1 020 with 8mb Fast Ram also works rather good with this game.  This is in all ways possible a better game than Projekt: Lila but being a 25+-year-old game certainly doesn’t help on the ” Buy Now ” appeal, old is one thing but the final nail in the coffin is the game itself. I’d say, get the game now if you like these kinds of games but I am pretty confident in that you won’t play it all that much in the long run sadly.

I recommend you get the game for one or two reasons, to support the developer or to fill a gap in your Amiga collection.

Thanks go to Lemon Amiga for screenshots, Box pictures are from my own collection (as always).