This is by now a very old item and while i just recently acquired it i still have to admit that i haven’t seen it before now. Dead Or Alive ain’t my favourite fighting franchise as i was more of a Tekken and Rival Schools fan on the PlayStation One and before that, well, Mortal Kombat was very high on the list.

Needless to say is that i bought the first DOA game based only on the “boobs” engine and i am sure that i ain’t the only one that did that.

Good game or not, titties sell and Tecmo knows that. 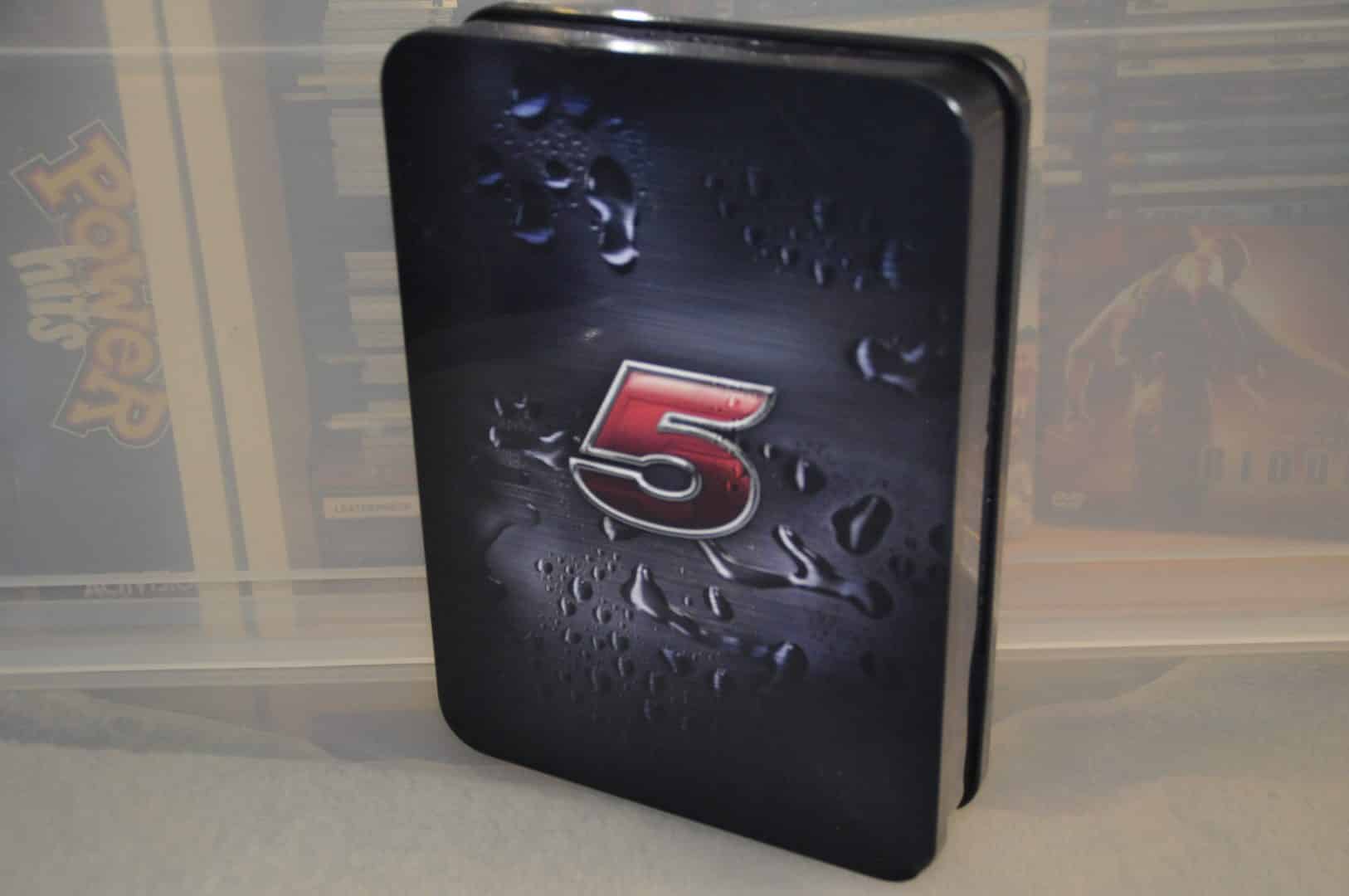 I thought this was just another Steelbook edition at first… but when i unpacked it and noticed the size and weight, woohoo! – a huge steel box thingy.

Lovely embossed design and the colours work really good with the black matte base colour.

This is the game box that is included, i have seen other pictures online and i noticed that this one is a bit different to the others, this one got the cover picture from the poster (see later in the article) and the one i have seen online got the artbook front picture (see later on for references)…

Most likely region related and that this Scandinavian version is different from the rest.

Next up is the soundtrack CD, quite surprised to see this one actually as i can’t say that i noticed any special soundtrack in the DOA games over the years.  I won’t remove the seal and check this soundtrack but i will give the game a go as i got the download version sitting on my PlayStation 3.

Awesome that they included a soundtrack CD nonetheless. 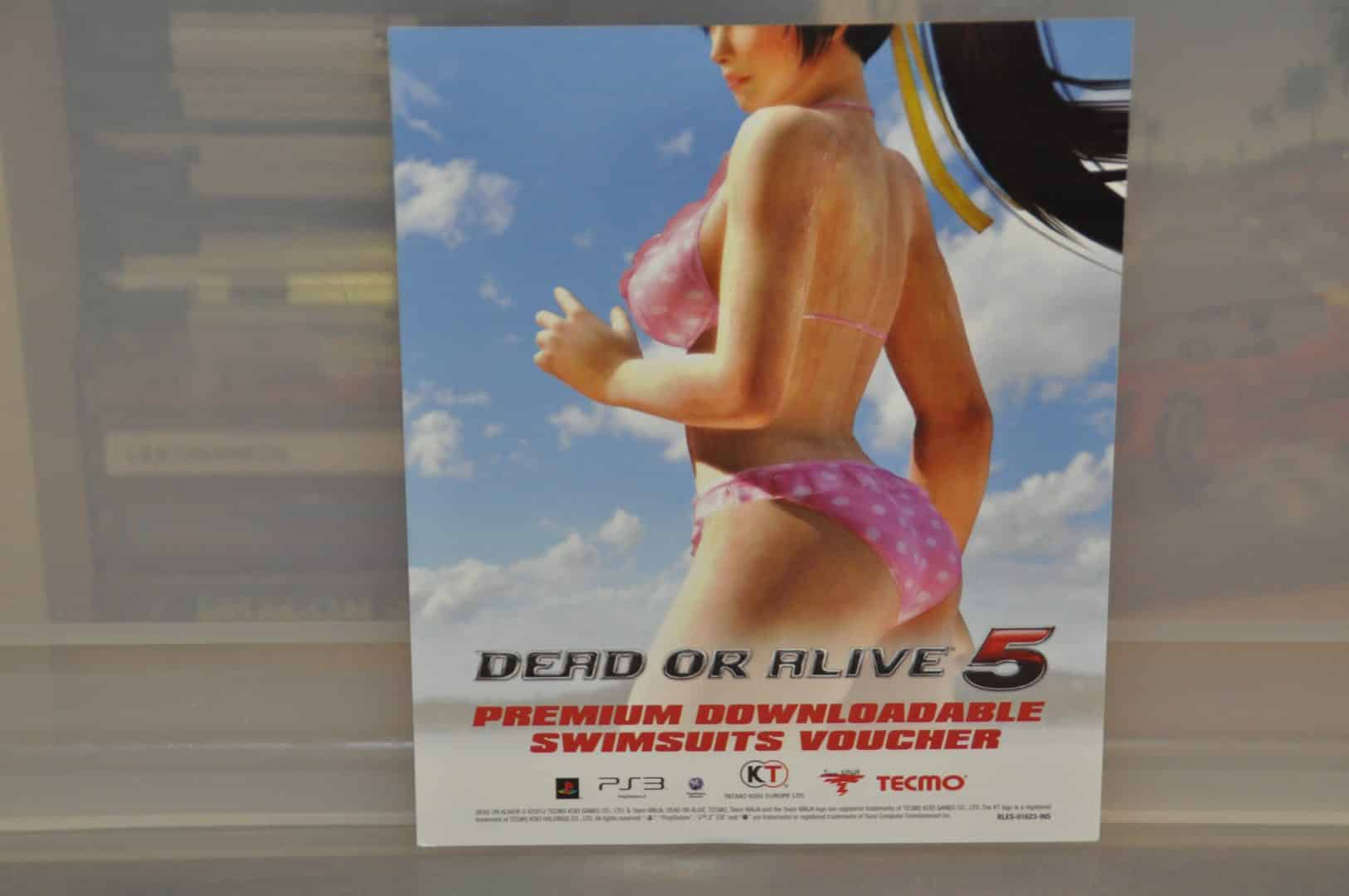 Gotta love how Tecmo push the brand forward with the focus on boobs and ass.

Code redeemed and I am ready to spank the controller hard. 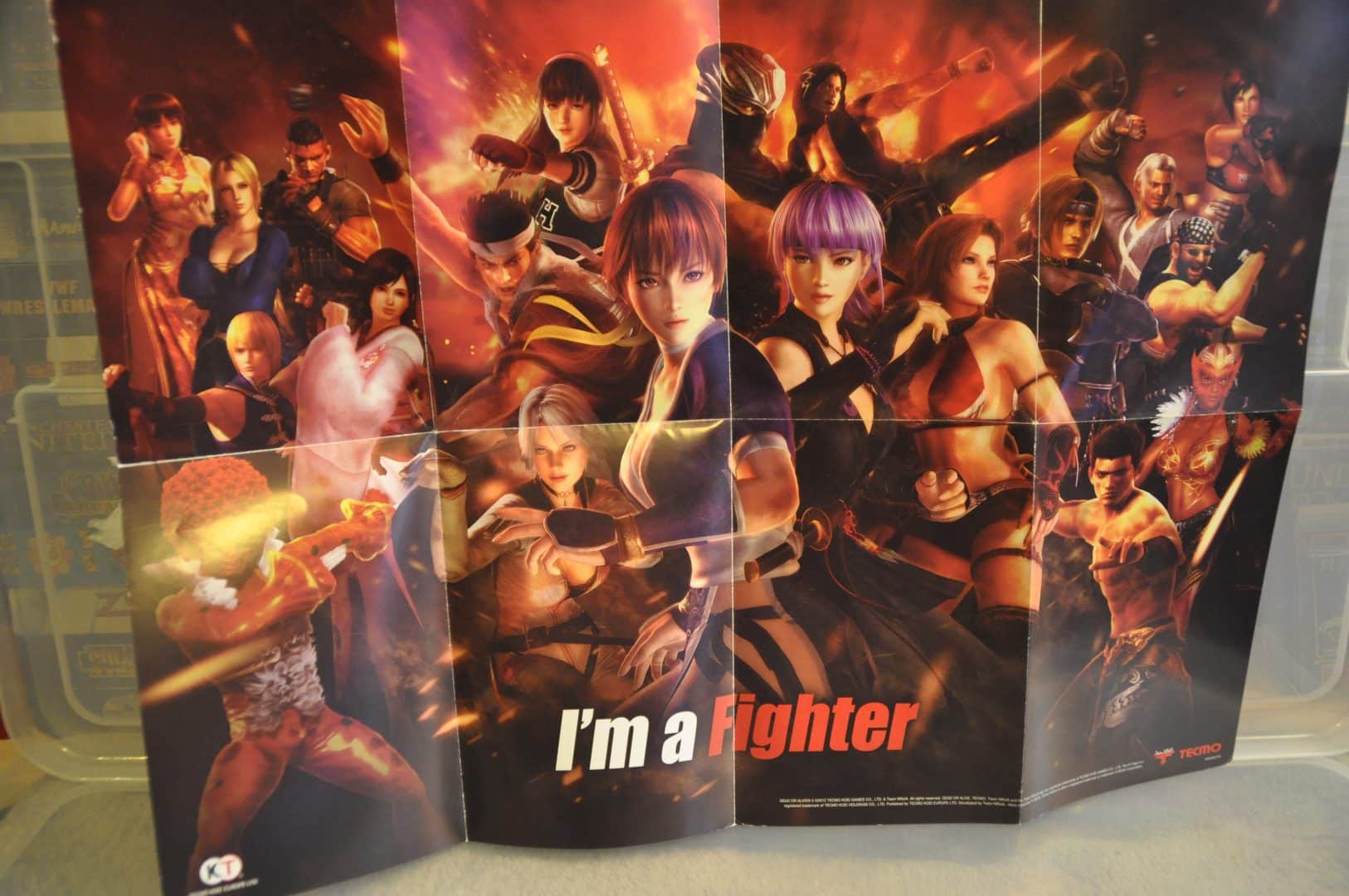 This is the poster that i mentioned earlier, brilliant stuff and if i had room then i would put it up on the wall in a heartbeat. 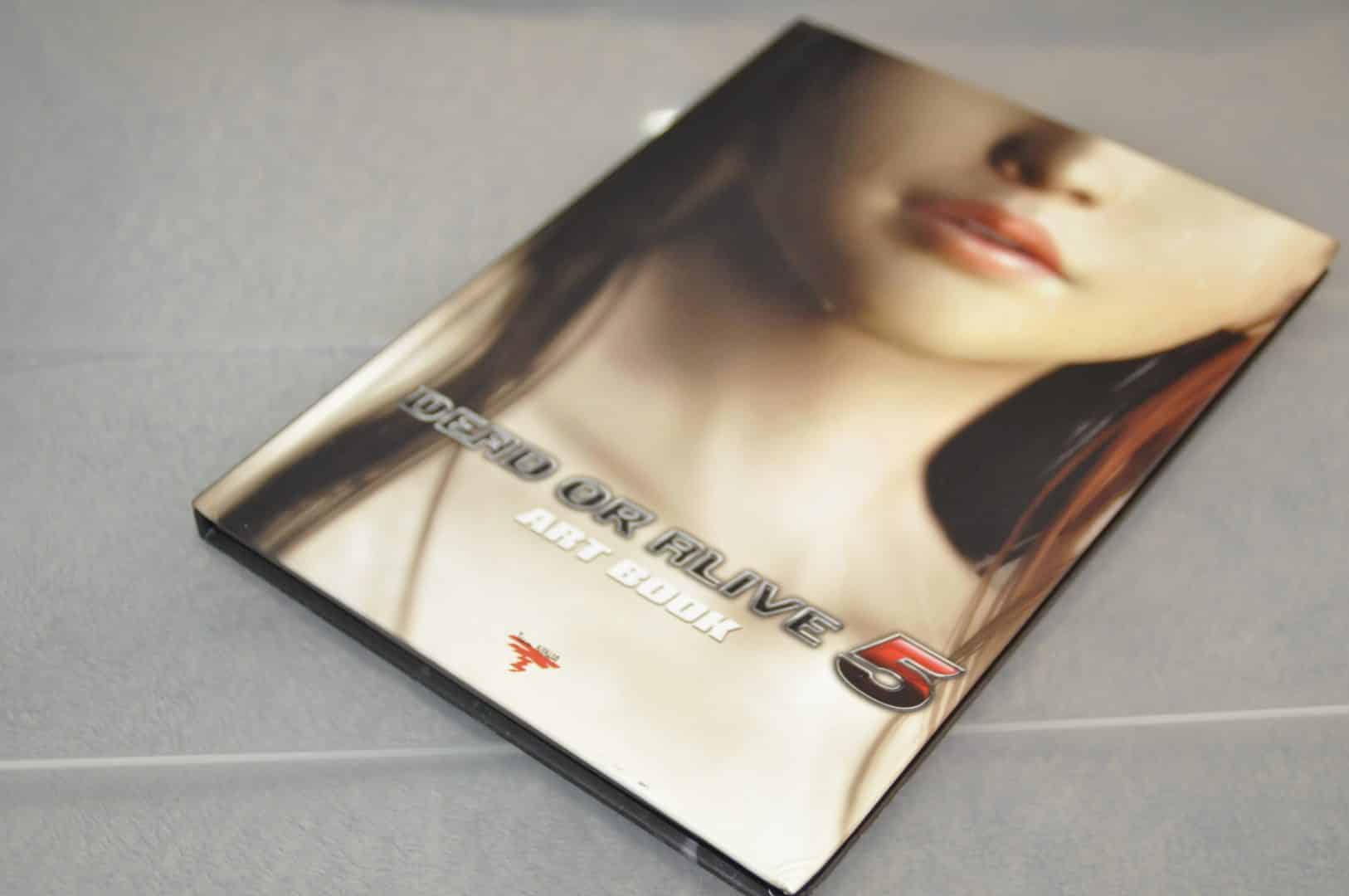 This is the Artbook that i mentioned earlier, I get an R4 (Ridge Racer 4) vibe here for some reason, anyways a lovely design and its one of those art books that you just want to look one more time in… umm… Nearly 100 pages of umm, Dead Or Alive material.

Ok, i must admit now that i expected the artbook to be covered in tits and asses but for some reason there are lots of normal pictures in here too, there are loads of pages in it and yes there  are quite a few swimsuit calendars styled pictures in it but no where near the amount i thought it would have been.

The art and style and the way its all laid out are good although a bit too “normal” for my likings, there are so many brilliant artbooks out there by now that this one just didn’t cut it for me even though if its good and all. 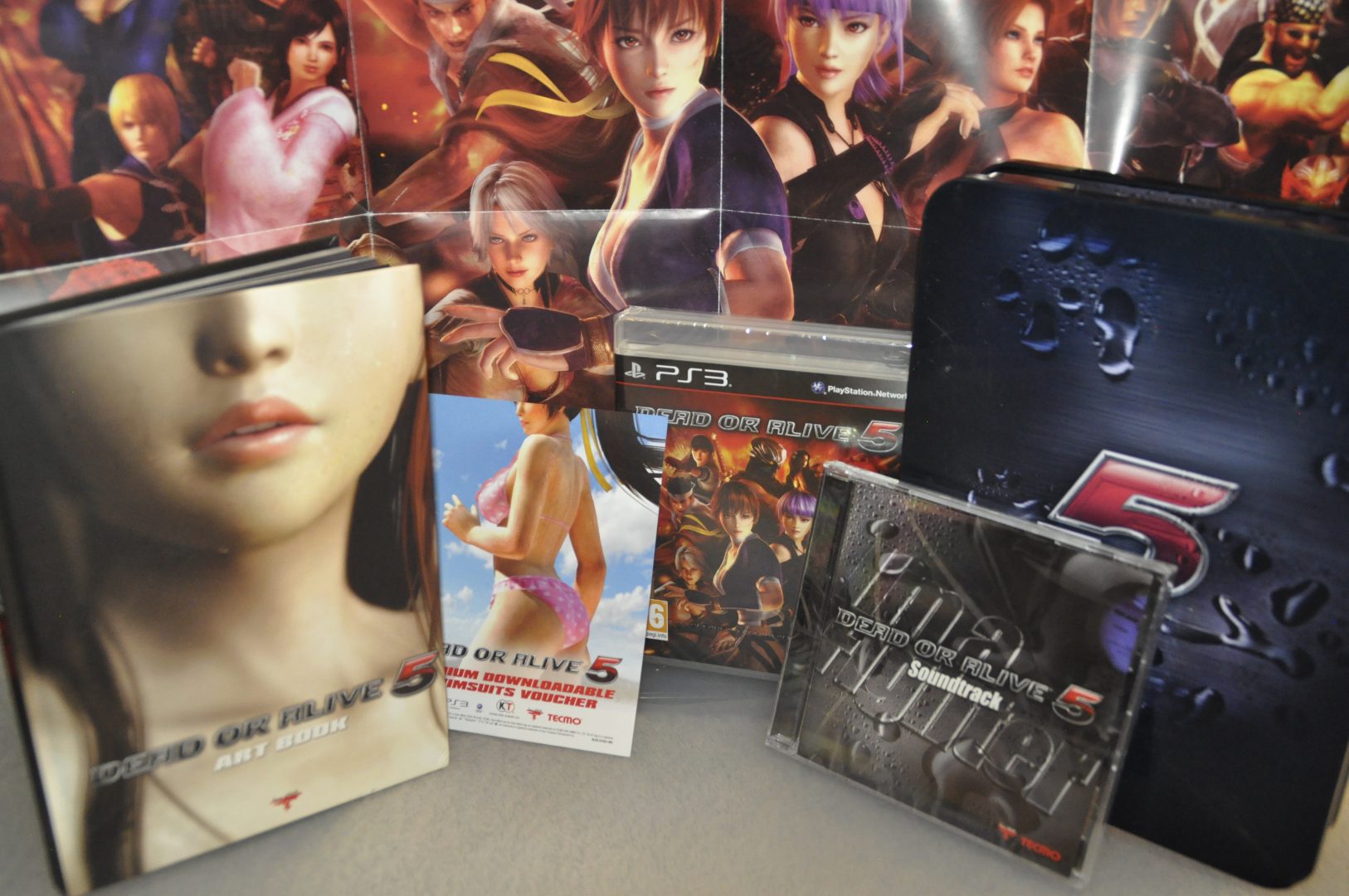 That’s all from the Steelbox thingy, i must admit that i expected less than this at first as i thought it was just a steelbook edition. Quality stuff and a very cool box that will sit very nicely in my collection for years to come, i have a feeling that this edition won’t ever be rare or anything but for fans of the game (and collectors like me,) this is a keeper for sure.

Have to wonder what a Dead Or Alive Figurine would look like… Oh well, maybe in the next release?