You know you haven’t been paying enough attention when you come over a collectable like this one. I first spotted this Goliath Edition box at a Gamestop in Sweden, but i decided to skip it due to the crazy price tag of 175 Euros. 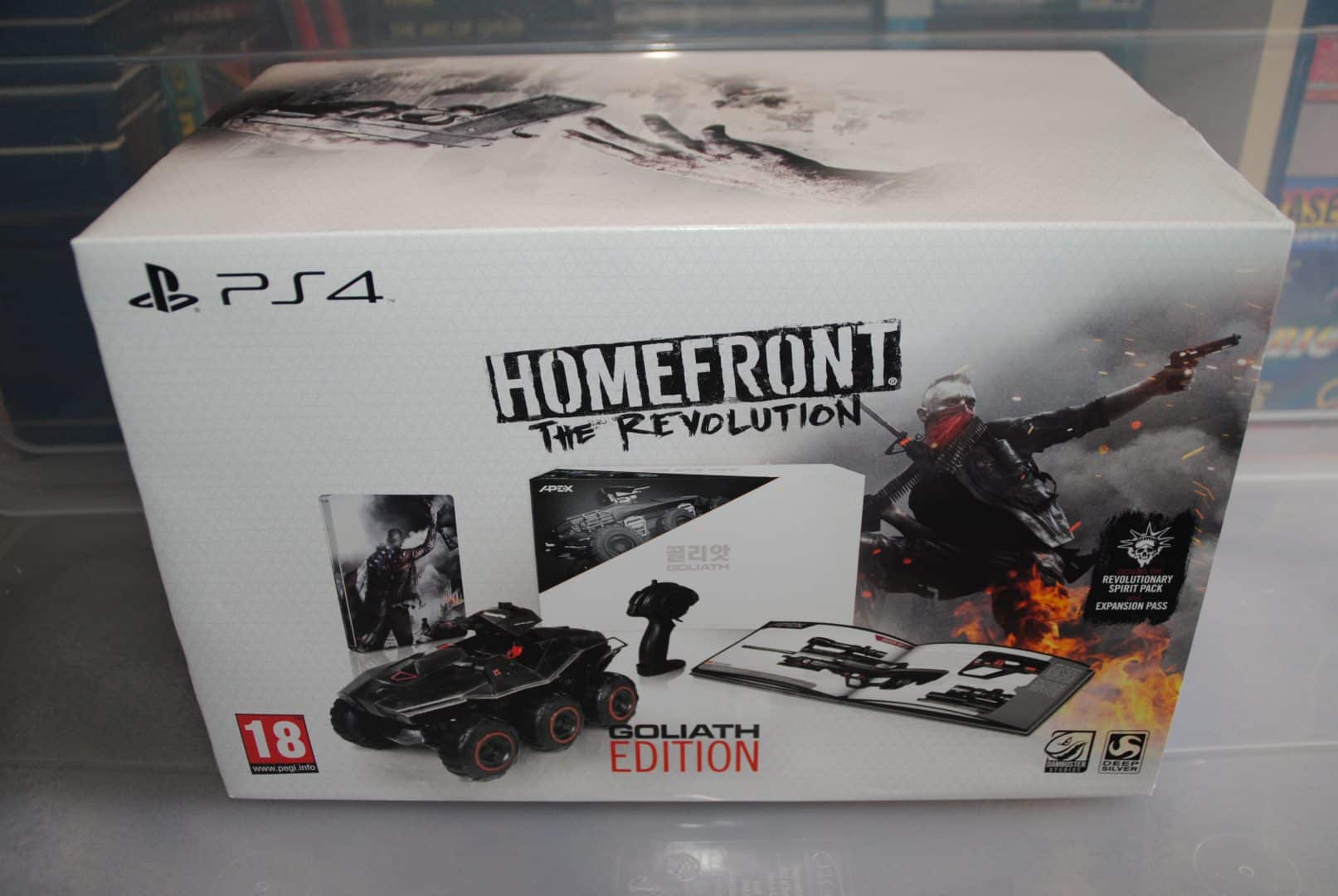 It is not often price stops me in cases like these but i took a risk that i would find another one at one point.

I checked several places over the next few weeks without any luck until i came over this one in person at a Gamestop in Stavanger (still a crazy price but nothing like that other one). 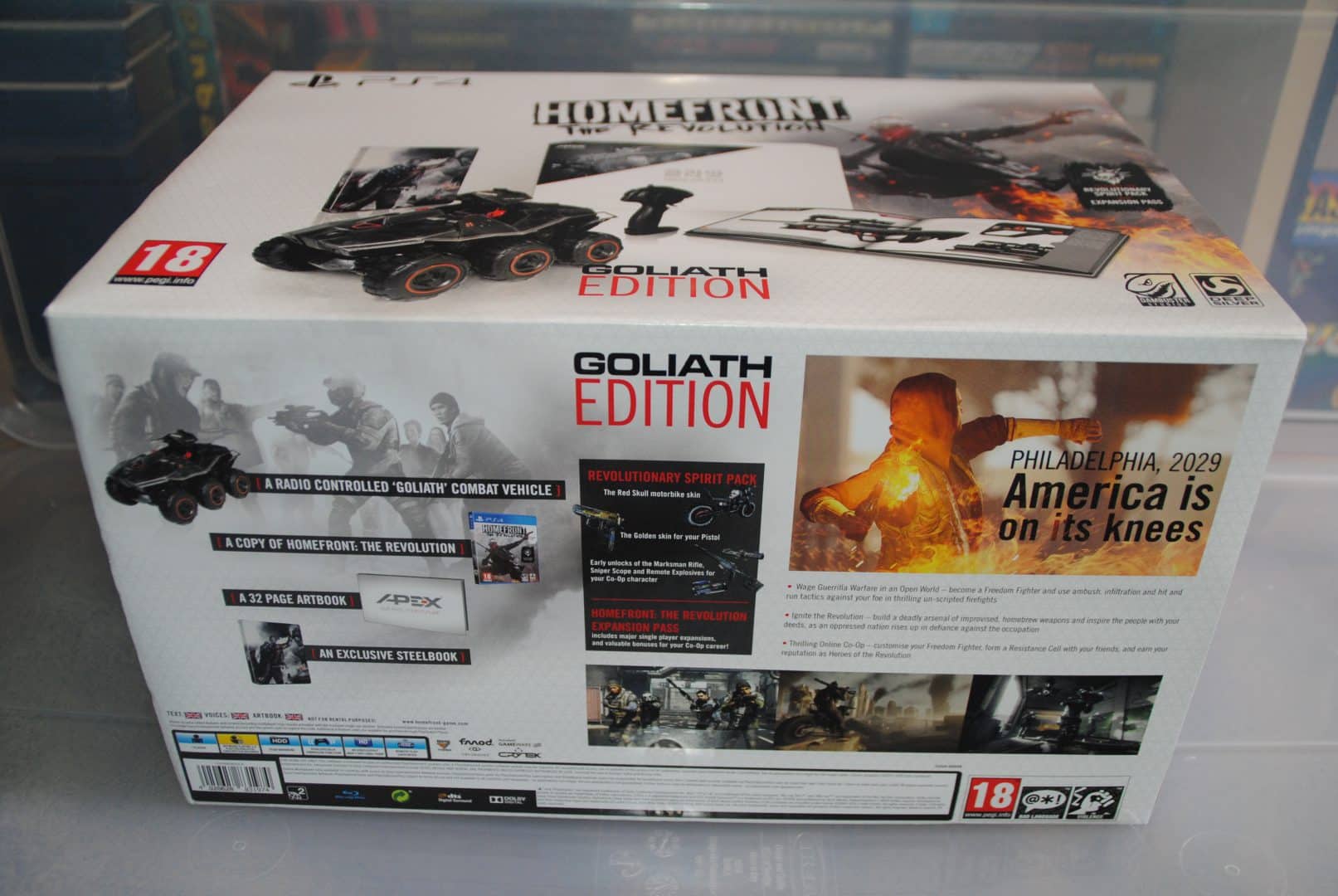 The box doesn’t scream buy me at all, it is good looking but it is more of a “hey? have a look” type of box.

The white design is normally something i like if it is done good and i must admit that the more i look at the box the less i like it. It does the job in a clean way but that is where it stops.

The actual art/cover is one of those glued “dust covers”, you know, those that most people lose over the years due to the glue “points” loosen and the cover falling off.  I know for sure that this cover will be valuable in the future and one of the key things collectors will pay good money for (if the box is complete with this cover). 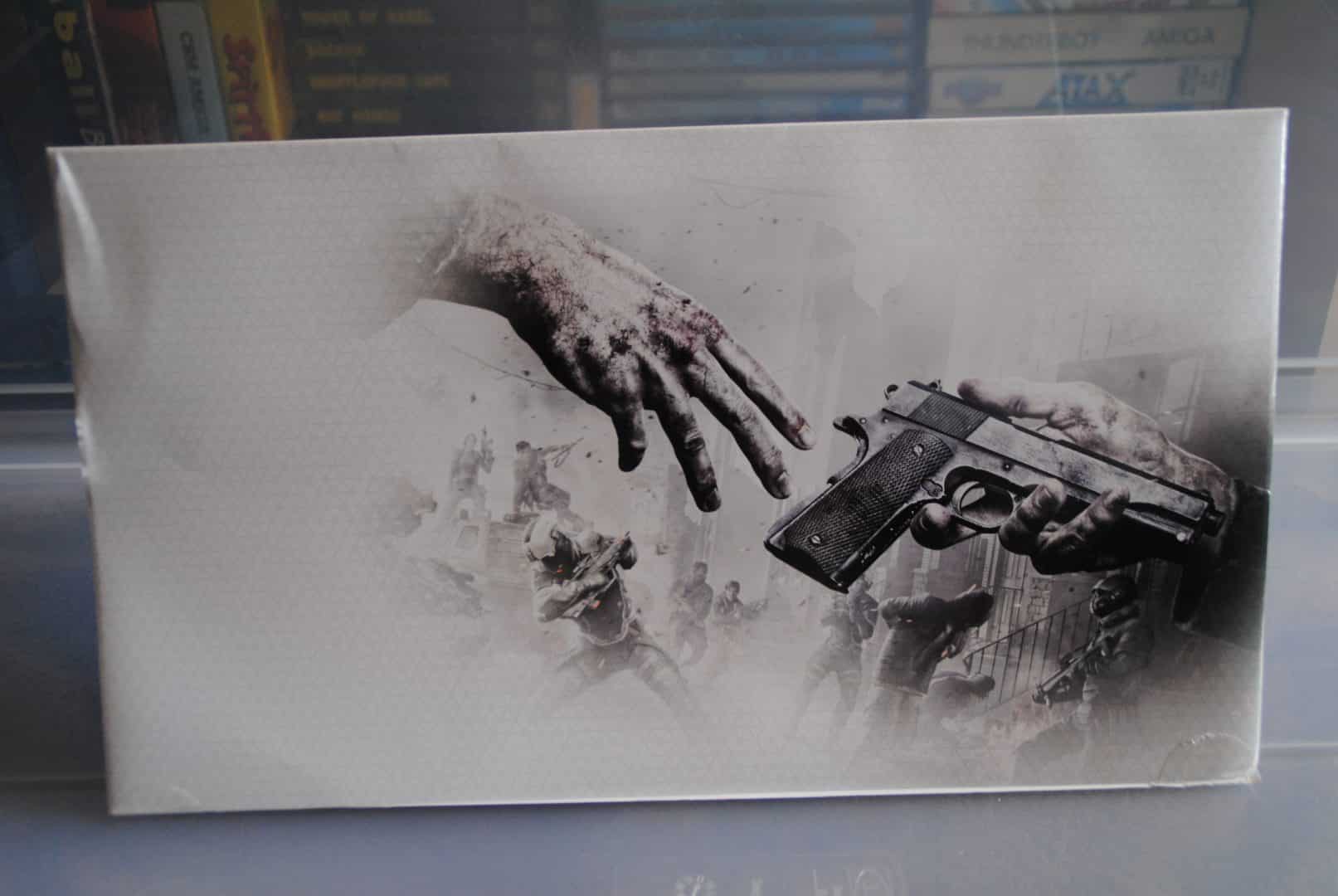 The “dust cover” covers 3 sides of the box, the picture above shows the third picture which is a really cool picture. B/W is the style of the box and this picture shows how the rest of the box should have looked. 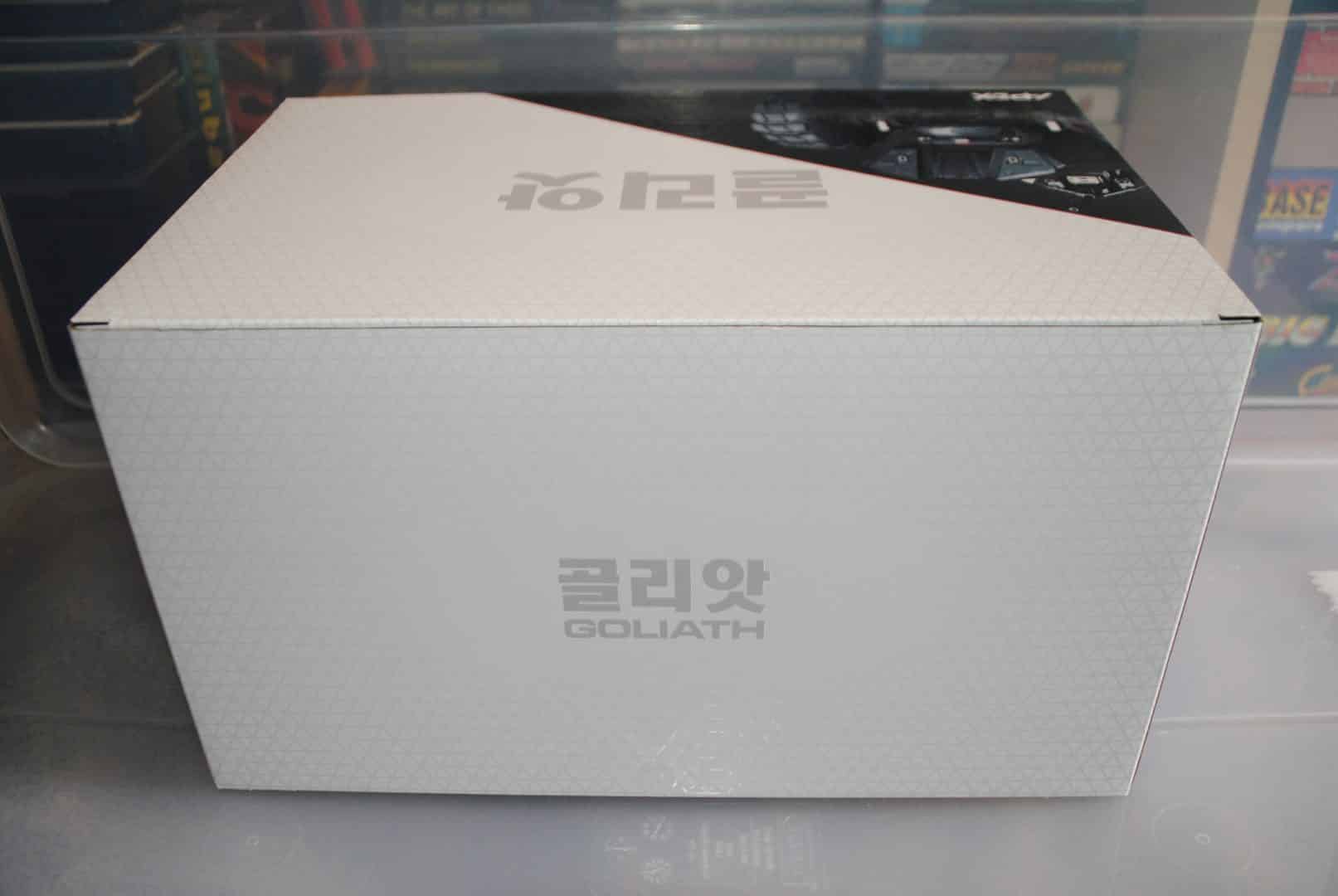 This is the actual box without the “dust cover”  in place, very plain and boring looking.

I love art books and this one is no exception with its size and slick design.

The quality of the paper and binding is excellent, no signs of the publisher cutting obvious costs here which is good since this is a collectable after all.

Lots of cool art and picture*/designs in the book and this is one of those art books that you wish had more pages in them because it looks so good. 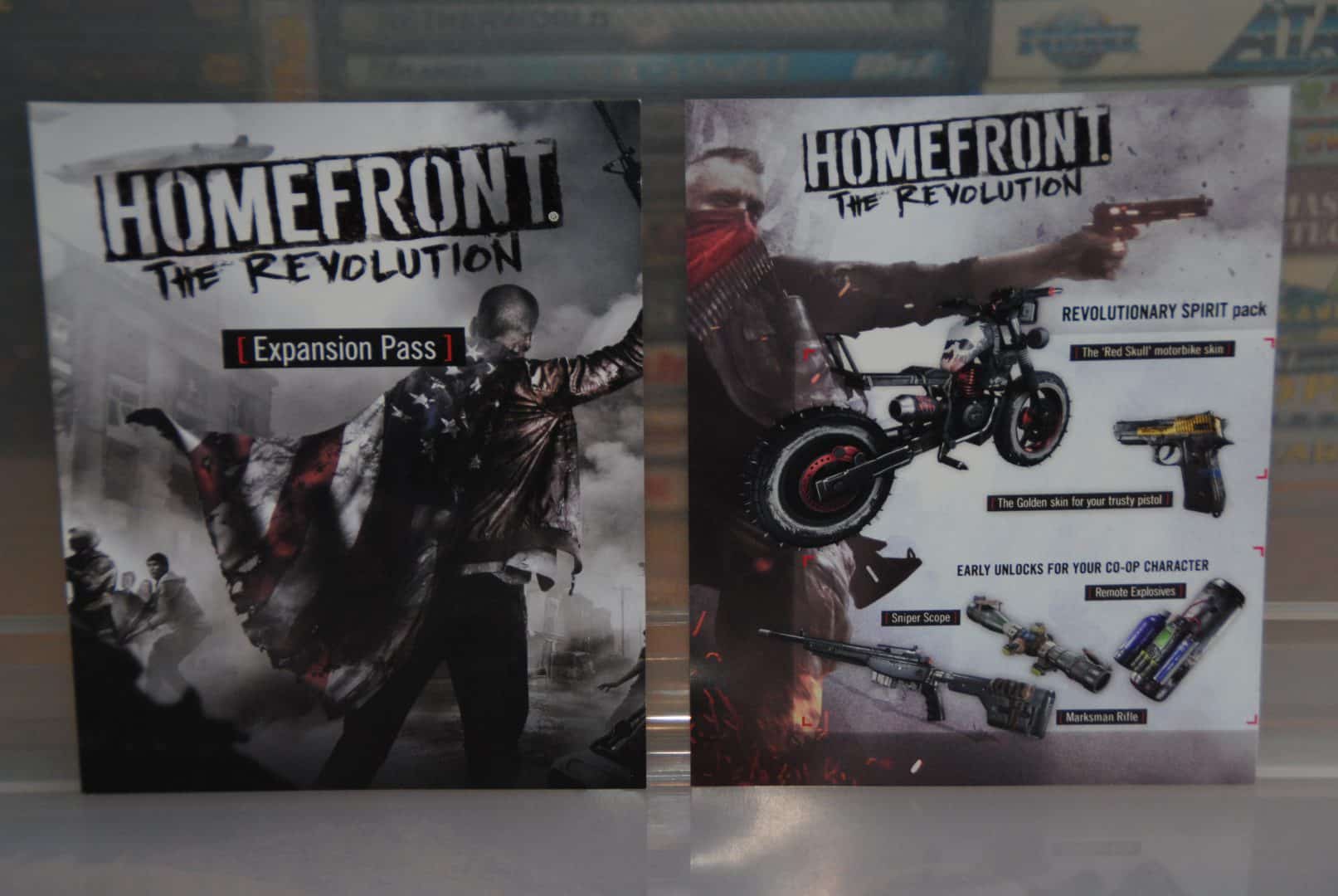 Quite surprisingly there’s a season pass (expansion pass is the name used in the box) included in this Goliath Edition, normally publishers would only include a flyer mentioning such a thing and not include the actual thing in the box.  – A huge plus in (my book) to Deep Silver for including the season pass.

Some exclusive DLC stuff is included in the box. 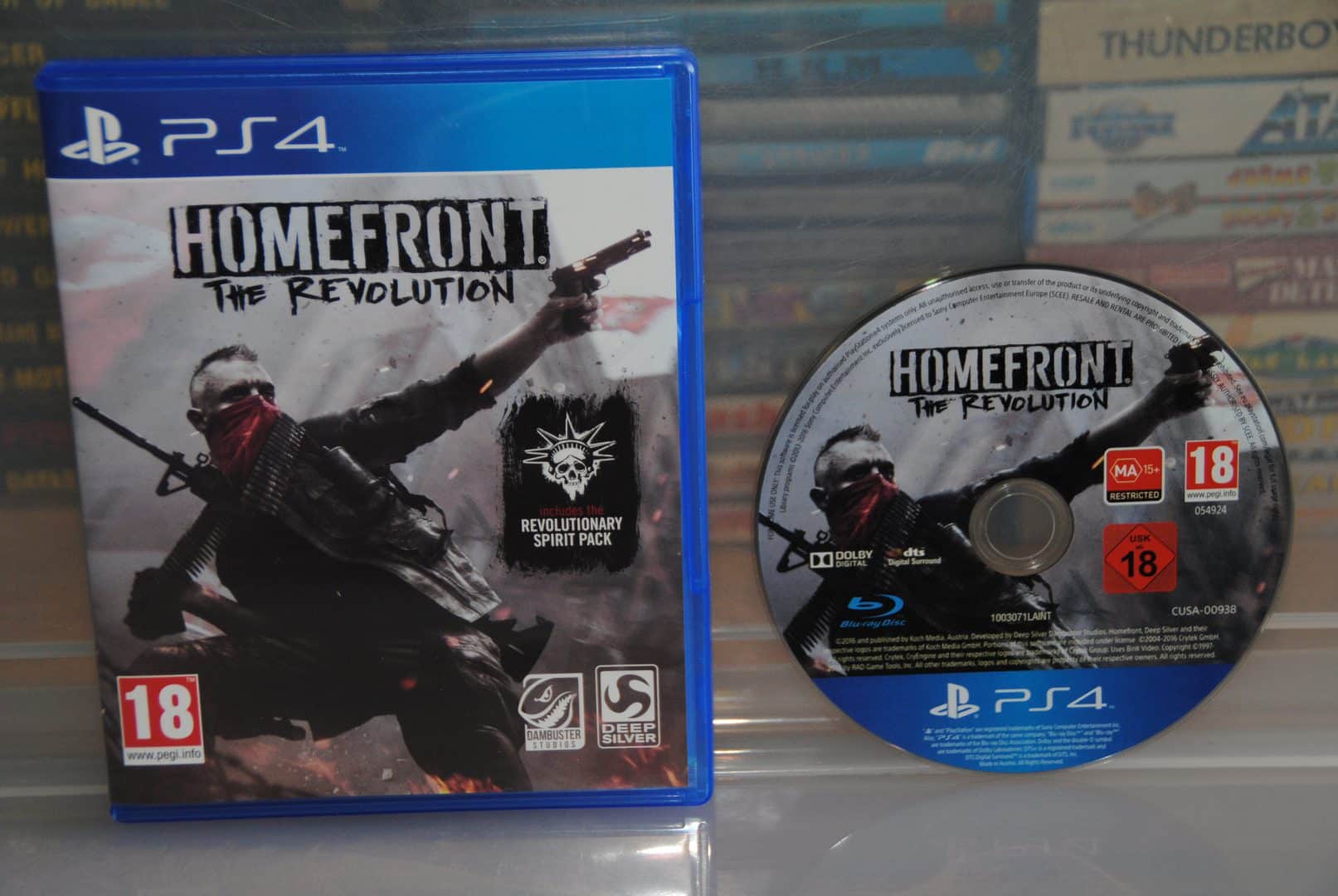 The standard game is included, nothing special here other than the release DLC that is most likely with all first-run copies of the game.

The cover design is good and definitely better than the PS3 homefront box design from half a decade ago. 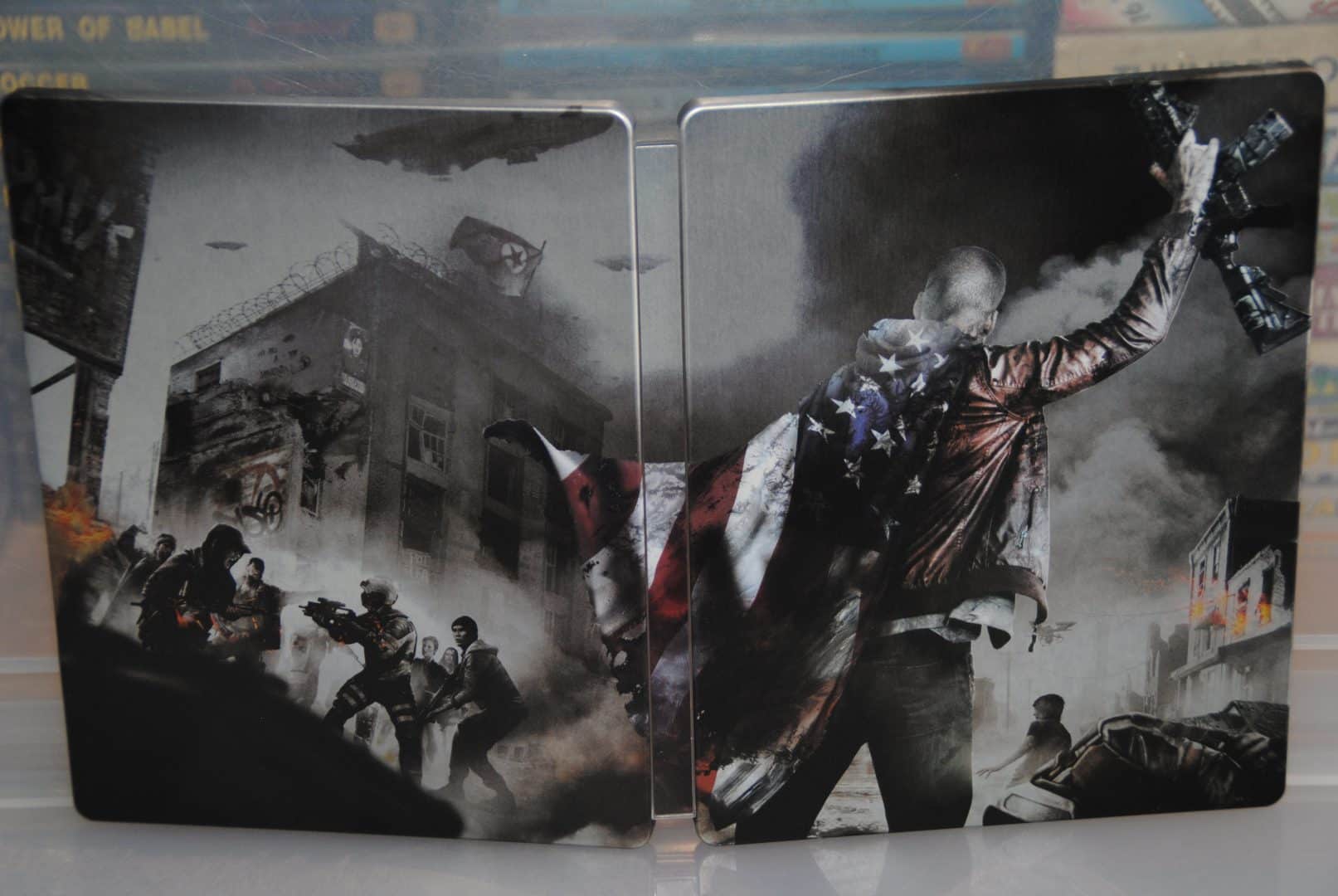 The Steelbook included is bloody amazing, i love it to bits and i want to put it up on my wall like in the picture, yes it looks like a poster indeed.

One of the best Steelbook designs i have seen in a while for sure. 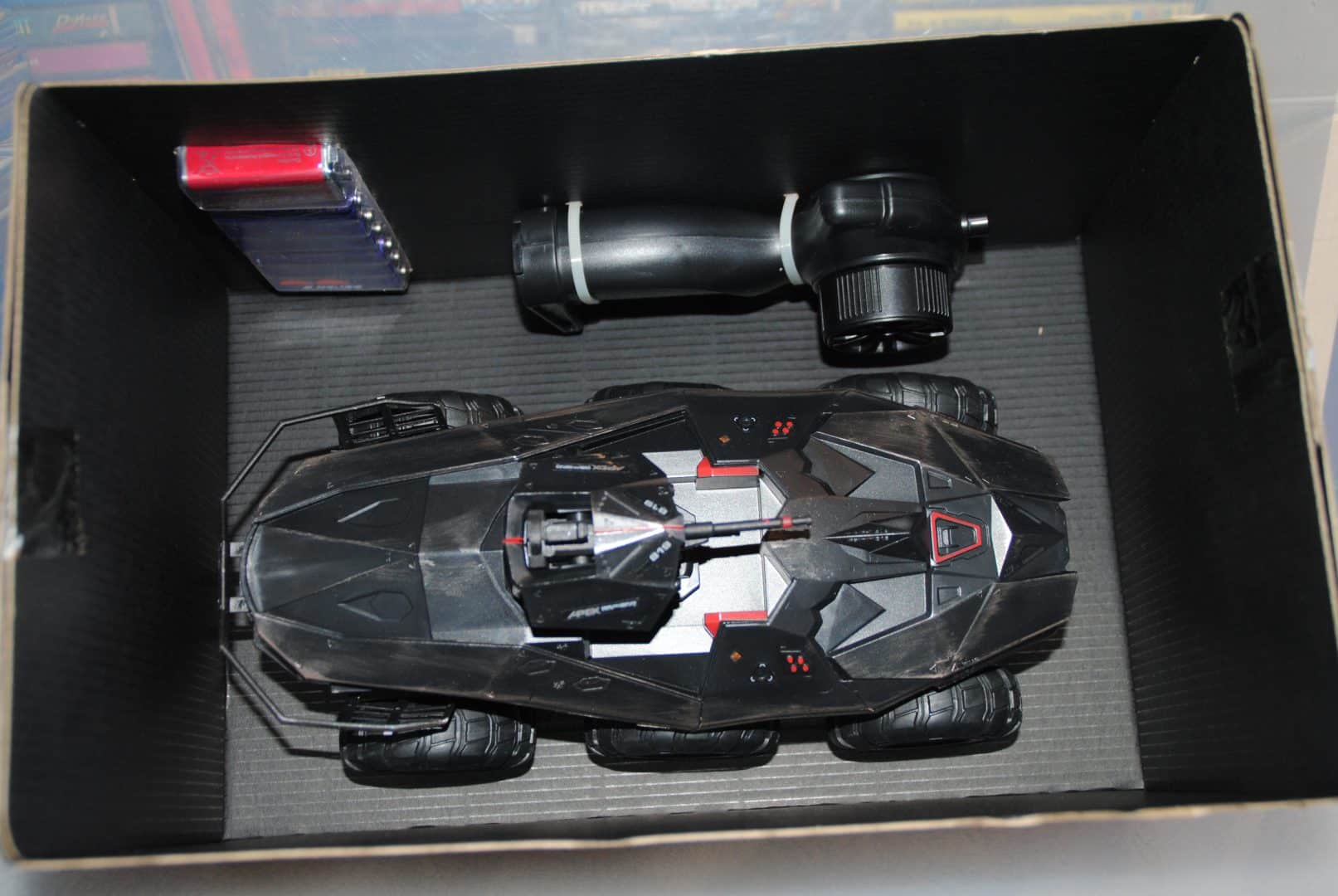 Ok so, over to the special item in the box.  The RC car, this is a very special (and hopefully rare?) collectable, a fully functional RC car – The Goliath -. The car is for indoor use only by the looks of things but it does look really cool. 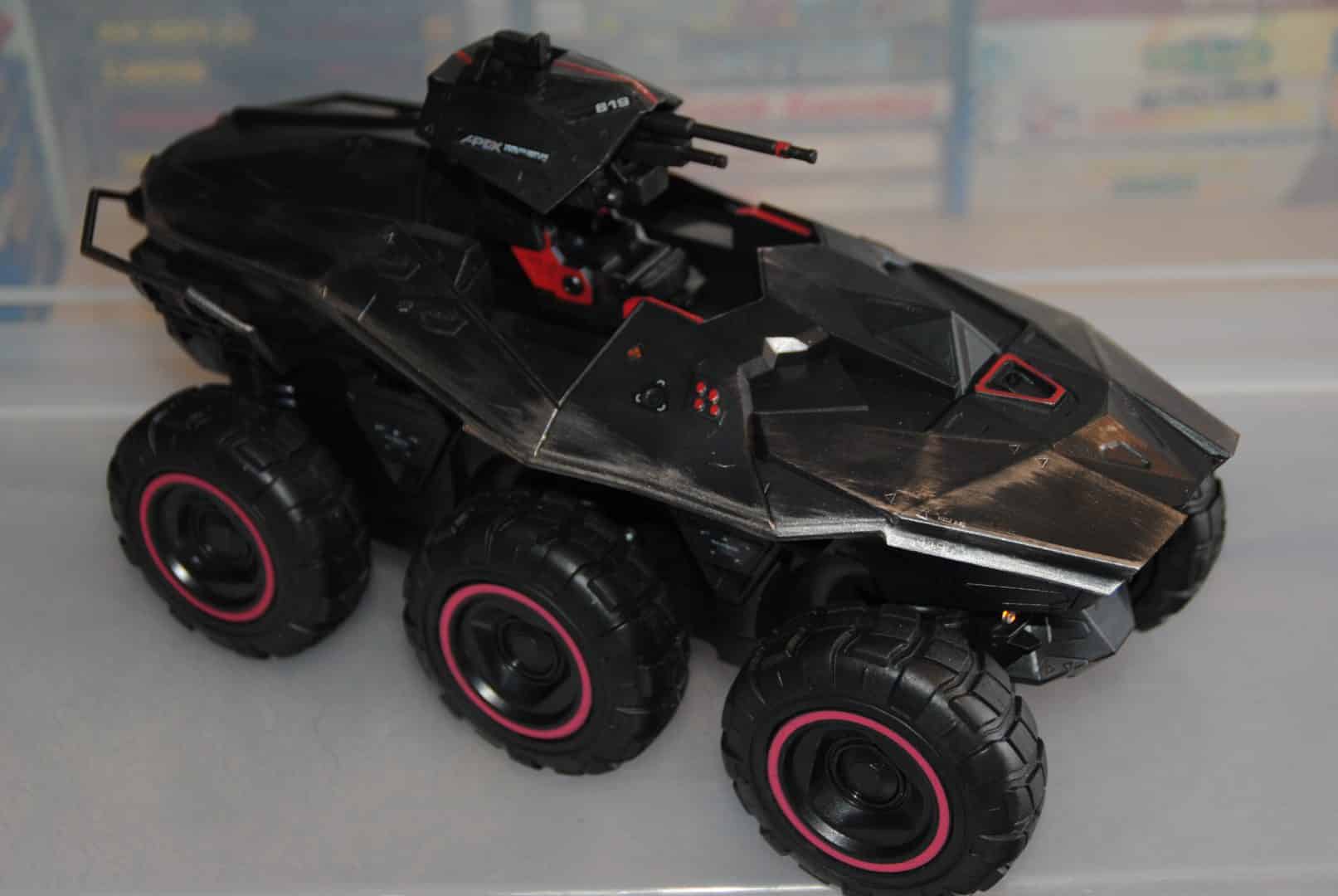 For indoor use only? it has 6 wheels, the size of it is pretty good and it looks like a proper military spec like vehicle.

The cannon and other equipment on the Goliath can’t be moved at all which is sad, it also comes down as a bit “cheap” because of this when you see what could have been done/changed to make it a proper unique collectable. 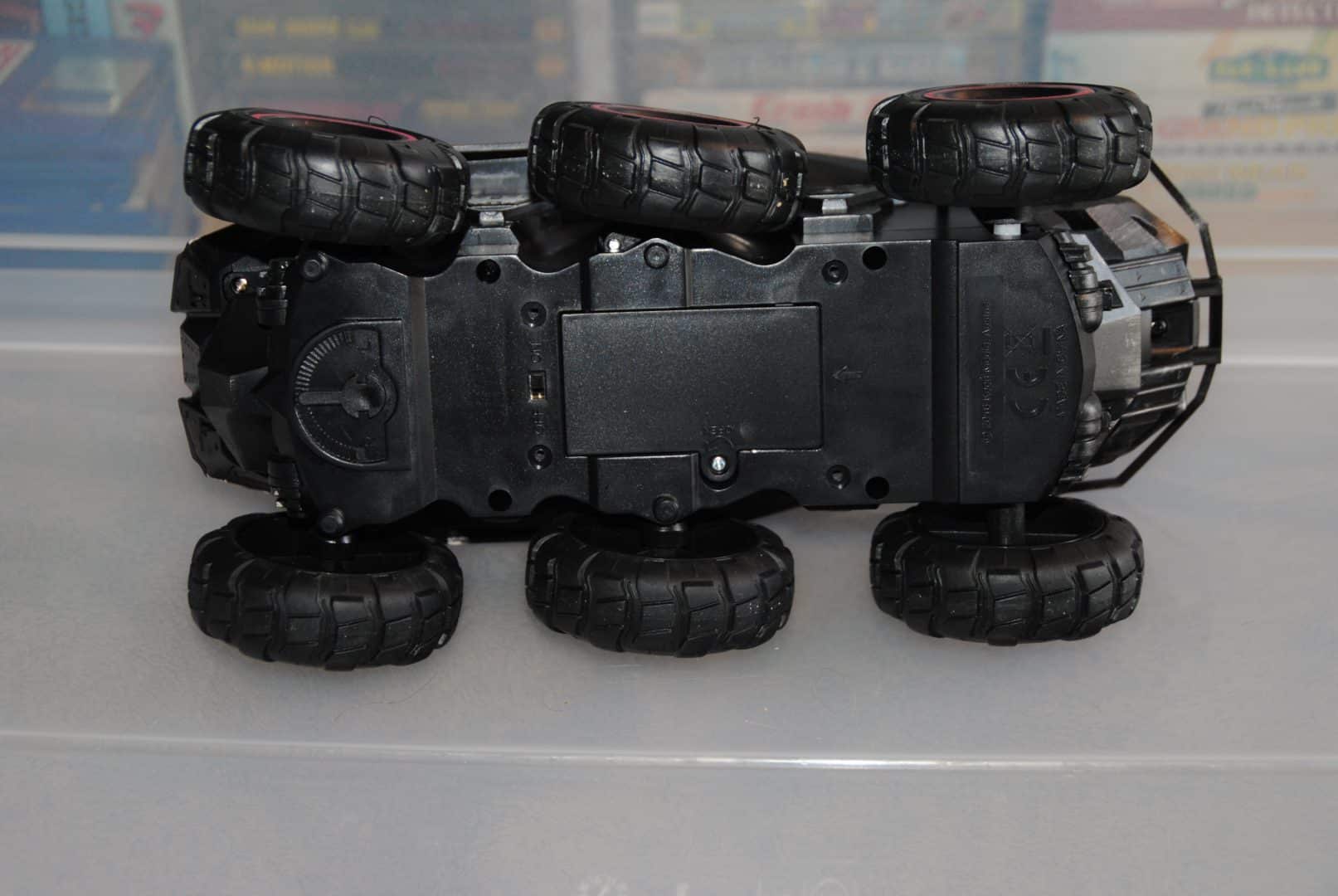 One of the features of the Goliath is that it has Quad steering, such a feature would normally mean that it could take U-turns and such easily, sadly it is mostly for looks on this vehicle.

It has to be said that while “useless” it is still a cool feature. 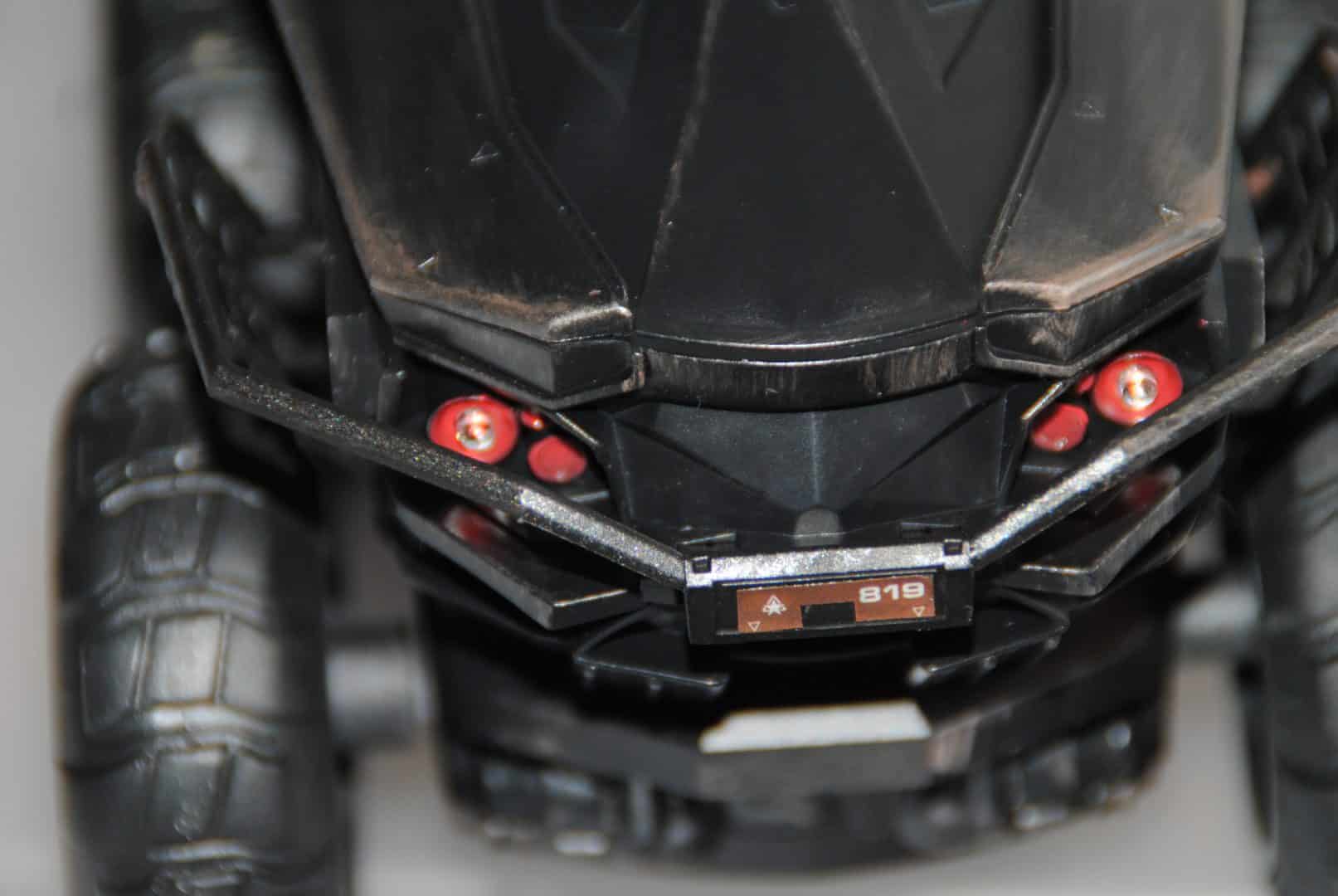 The Goliath comes with one last neat feature and that is led lights, both in front and on the back.

The size/scale is good, it sits nicely in the medium price range style if you compare it with other brands out there.

The details are in place albeit it does have its ups and downs but a cool unique collectors edition item for us “grown-up” boys.

I have to admit that i think the Goliath looks great, but the controller not so much. 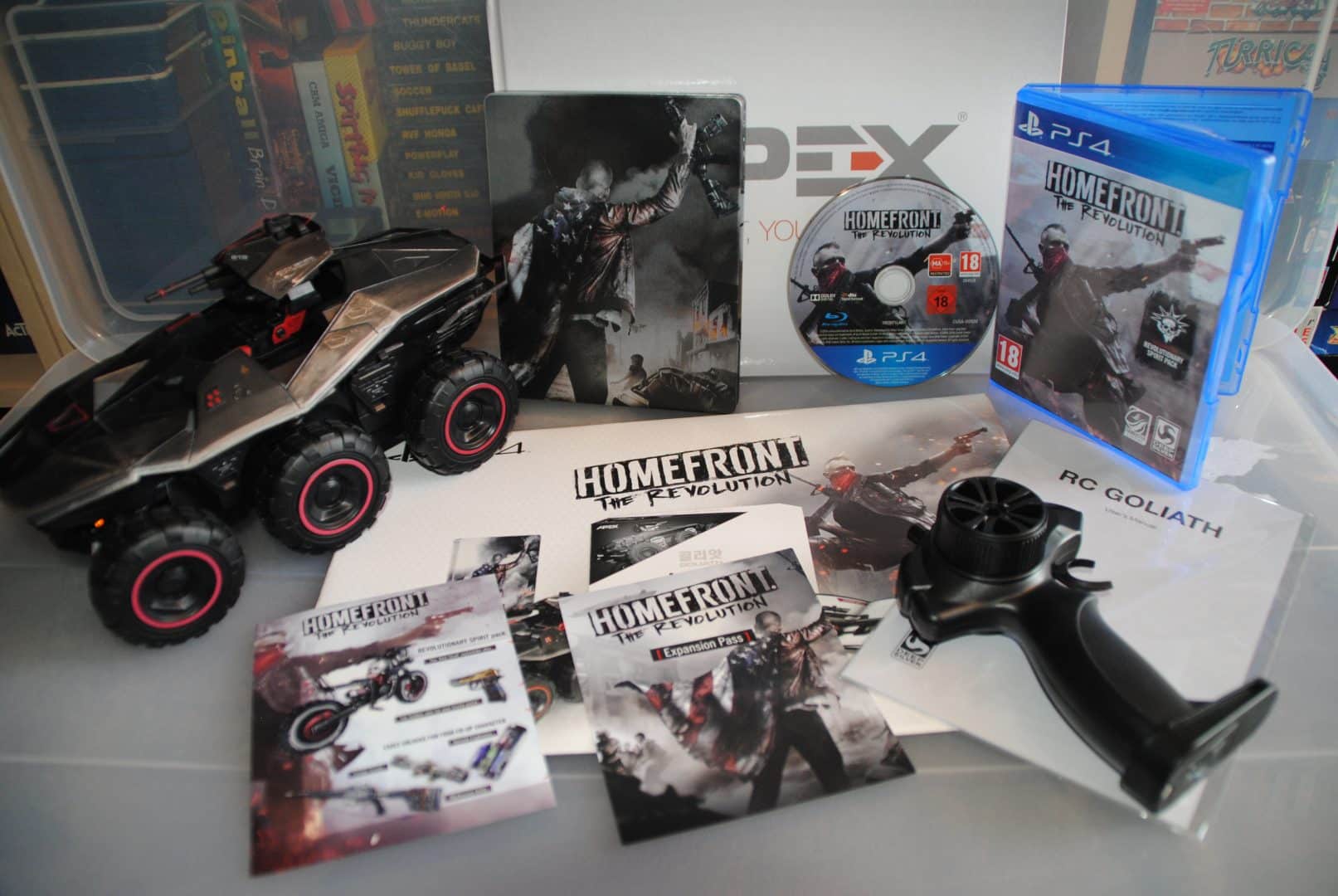 Here you can see all that is found in the box (except for the batteries..), premium sized box but somewhat lacking when you put next to the original price tag.

The stuff inside this Goliath edition is of solid quality for sure and quite memorable too, the actual cardboard box is the only let down in the package is a bit of a letdown because it is the box that will be on display in my collection – the stuff inside will stay inside (as always).

This is the first RC unit i have ever got in a collectors edition or such. I know this ain’t the first one and probably not the last one either, but i hope they will put more effort into making them even more special for collectors etc in the future.

2 thoughts on “A Look At Homefront: The Revolution – Goliath Edition”