It’s been eight months now since my last RESHOOT article, it feels like ages ago really and one of the reasons to that is of course because of the high expectations towards the game.

The team behind the game announced that the game is now very close to release and that the Patreon subscription funding has ended.

RESHOOT is one of those 50 frames per second rhythm based bullet hell shooter games, it takes the standard 2D horizontal visual approach bundled together with parallax scrolling and an open-ended (no) level system. 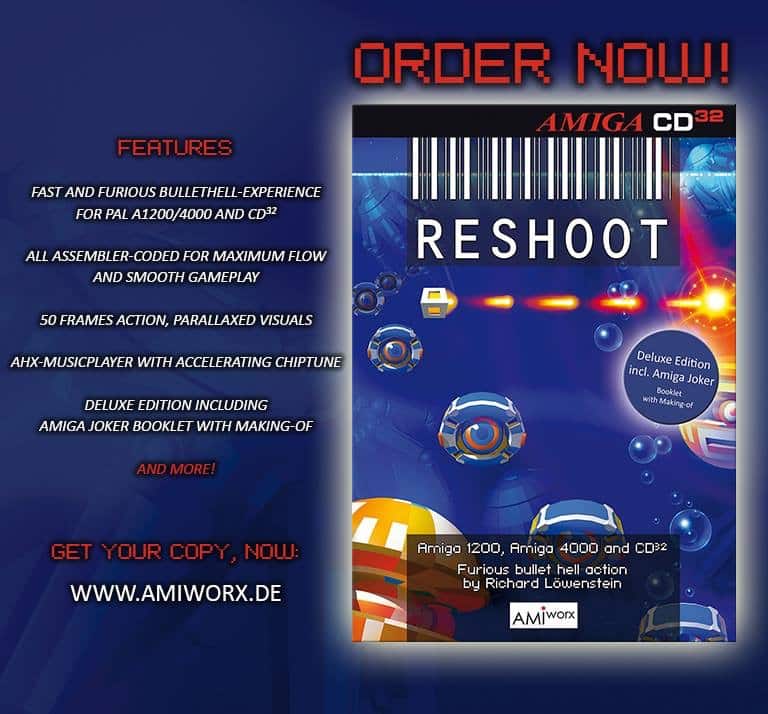 This is the flyer that is gracing the internet at the moment, it is for the PRE-ORDER of the game.

The orders are being taken right now at AMIWORX. 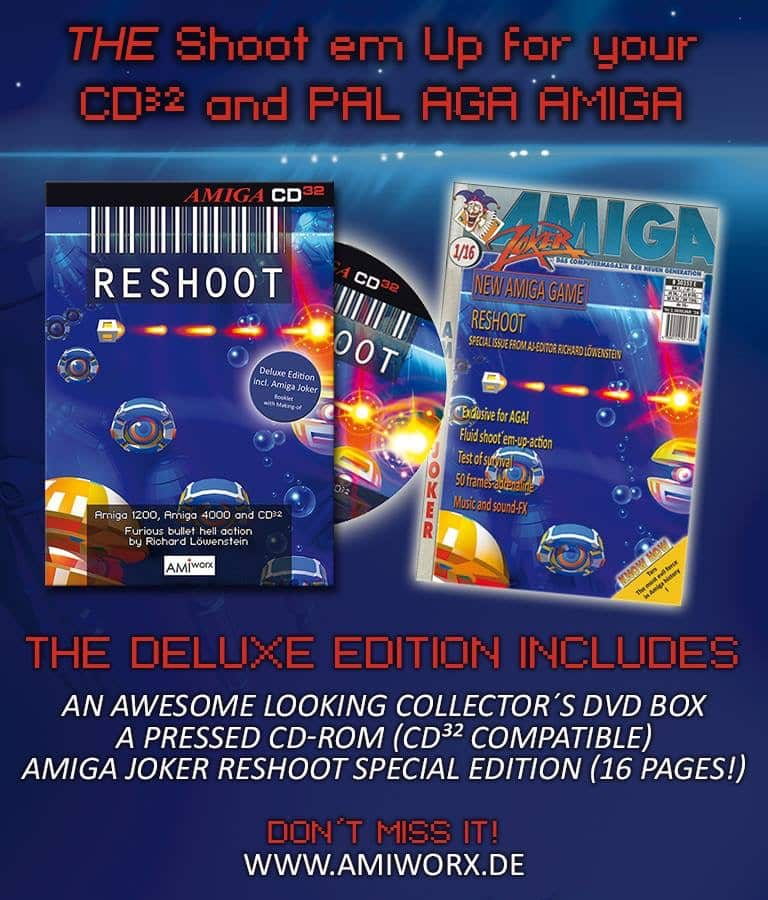 A new flyer popped up today, the same style but this time around it shows what you get when you order the Deluxe edition of the game.

So what will you do?, i suggest you go and PRE-ORDER it right now.

Buy it now, the game needs to be in your collection no matter if it is not of your style or not, buy it to support game developers and keep the Amiga flame alive.

I will review the game as soon as i get my hands on the final build.

This is the latest trailer, oddly enough named release although the game is still in the pre-order state, nonetheless enjoy!.