Do you remember the TANKS FURRY preview article from January?,  if you are an Amiga fan then I am sure you do. As promised by the developer Project R3D the game was set to be released late February and to my big surprise, they somehow managed to do that. To be perfectly honest I expected delays, lots of typical Amiga delays. The reason my article is up first now is that of the package being stuck in the customs a few days, the game arrived last week here. This article ain’t about the game itself because I still have not had the time and pleasure to play the game in multiplayer yet, so, for now, I will only promote the CD release and try and get more people to support the developers/publisher of the game.

I have yet again linked the trailer because I think it is wonderful and for some reason, a lot of people seem to have missed out on the trailer earlier.

The game was part of a game competition (RetroKomp 2015) last year and after the event, a lot of people contacted them and wanted more as in a full game, this motivated the developer to do a full version and eventually, that led to this CD release.  The game will still be freeware so this premium edition is for collectors and people which want to support the team. 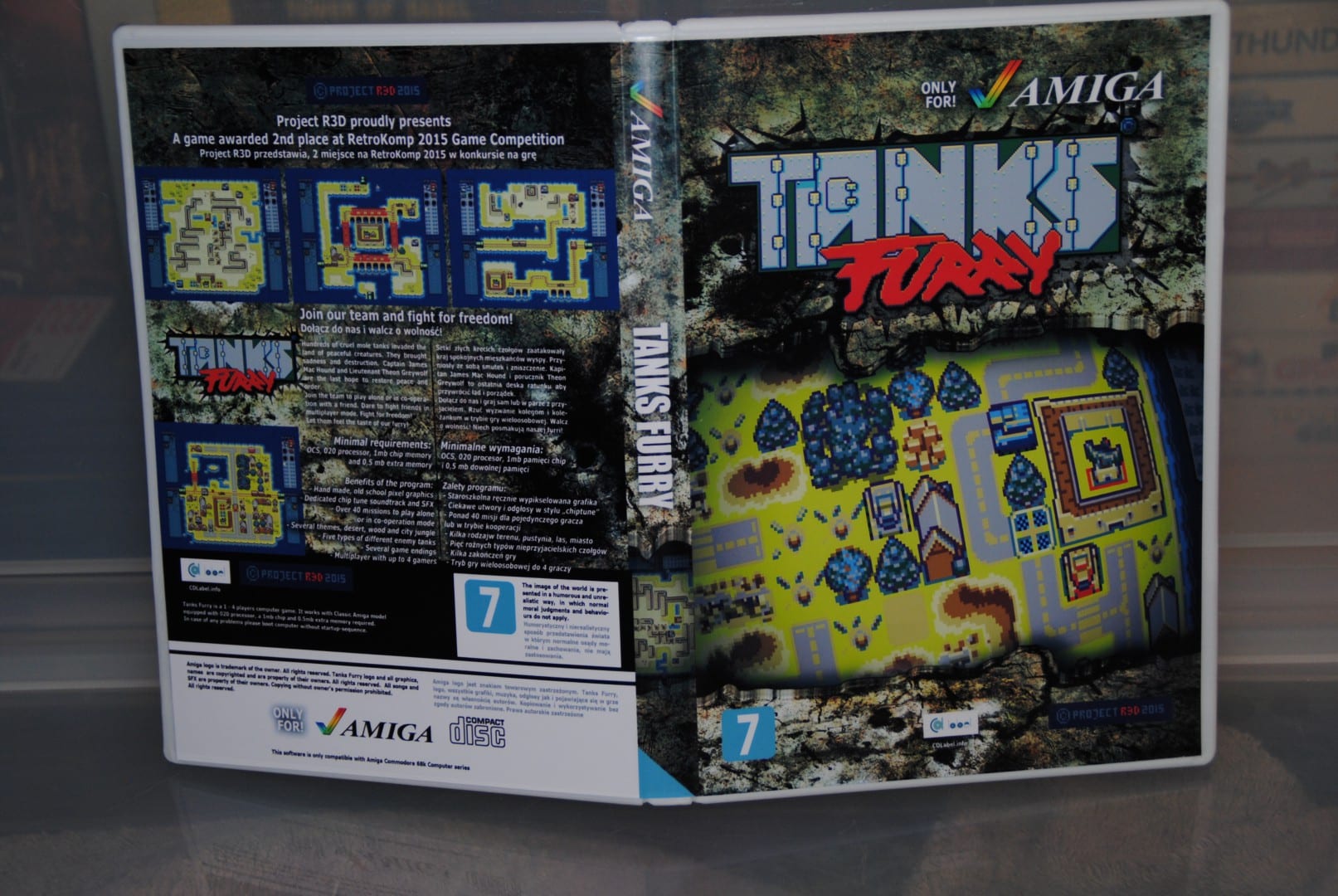 Ok so over to the review of the box and its contents, unlike most releases on Amiga today this game comes in a sealed DVD case. The box is very colourful and is presented in a very good looking way with a very professional look.

The box is nicely presented with an Age suggestion (of 7) and the old school Amiga “V” checker logo.

Surprisingly the DVD case ain’t one of those cheap soft ones, thumbs up for that. 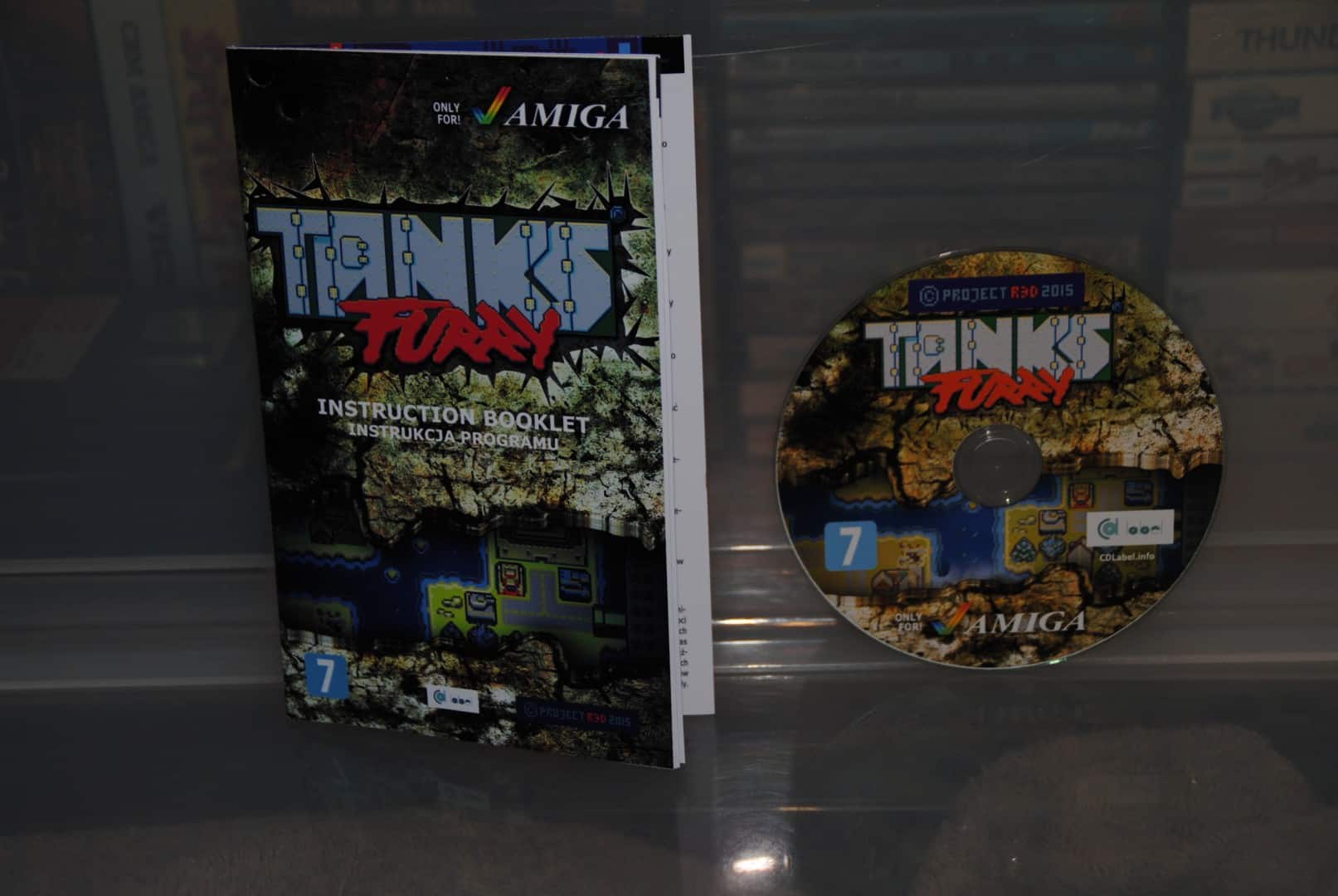 The manual is in full colour and it has more pages than most full price console games today. 12 pages to be exact. The booklet has been made the old school way with “thick” photo paper and most likely folded and stapled by hand.

The CD looks like it has been produced with normal equipment (CD-R) and then labelled, not a big deal really, but a bit sad because there have been a few pressed CD games lately. Naturally, this is down to cost and amount of copies made etc. 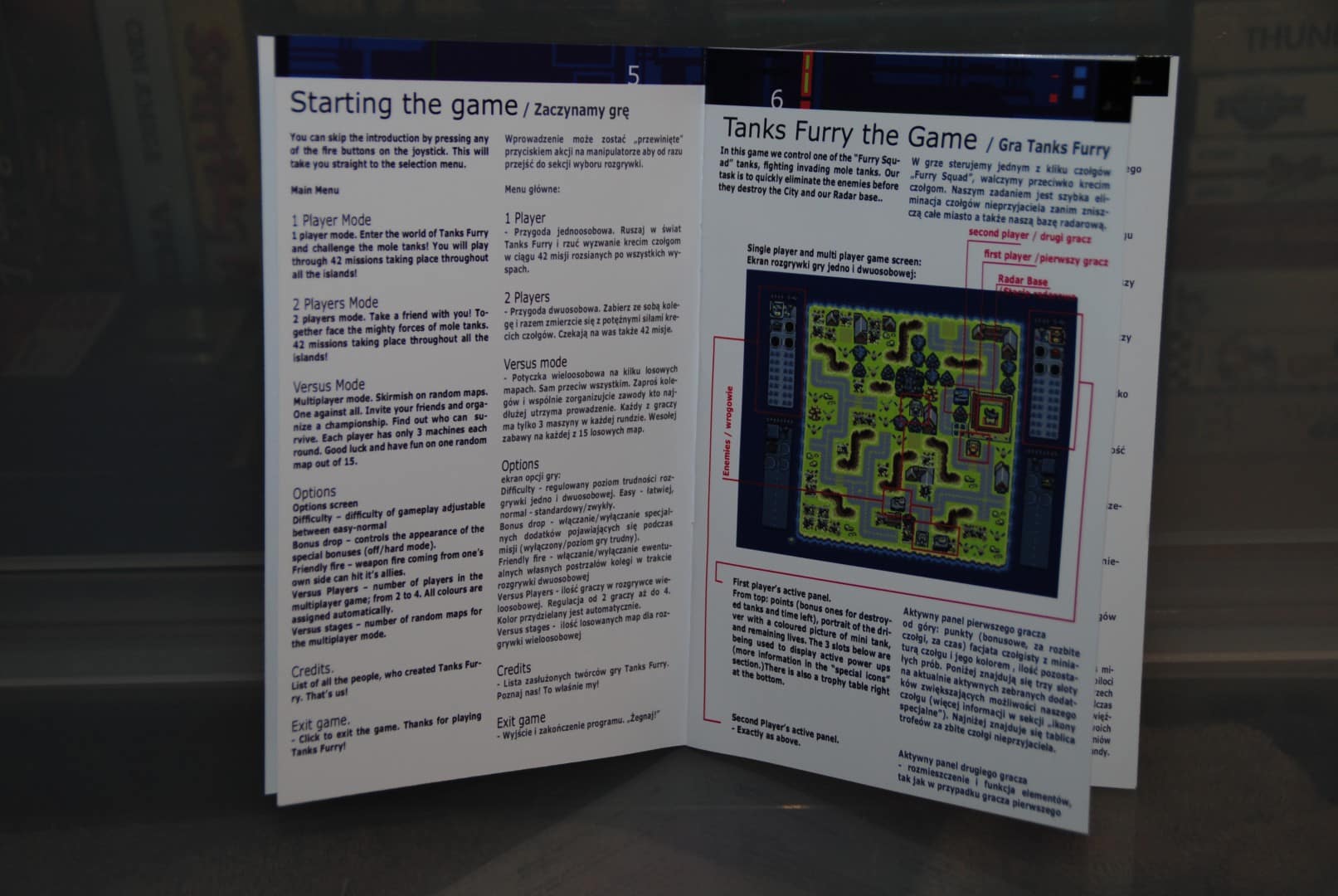 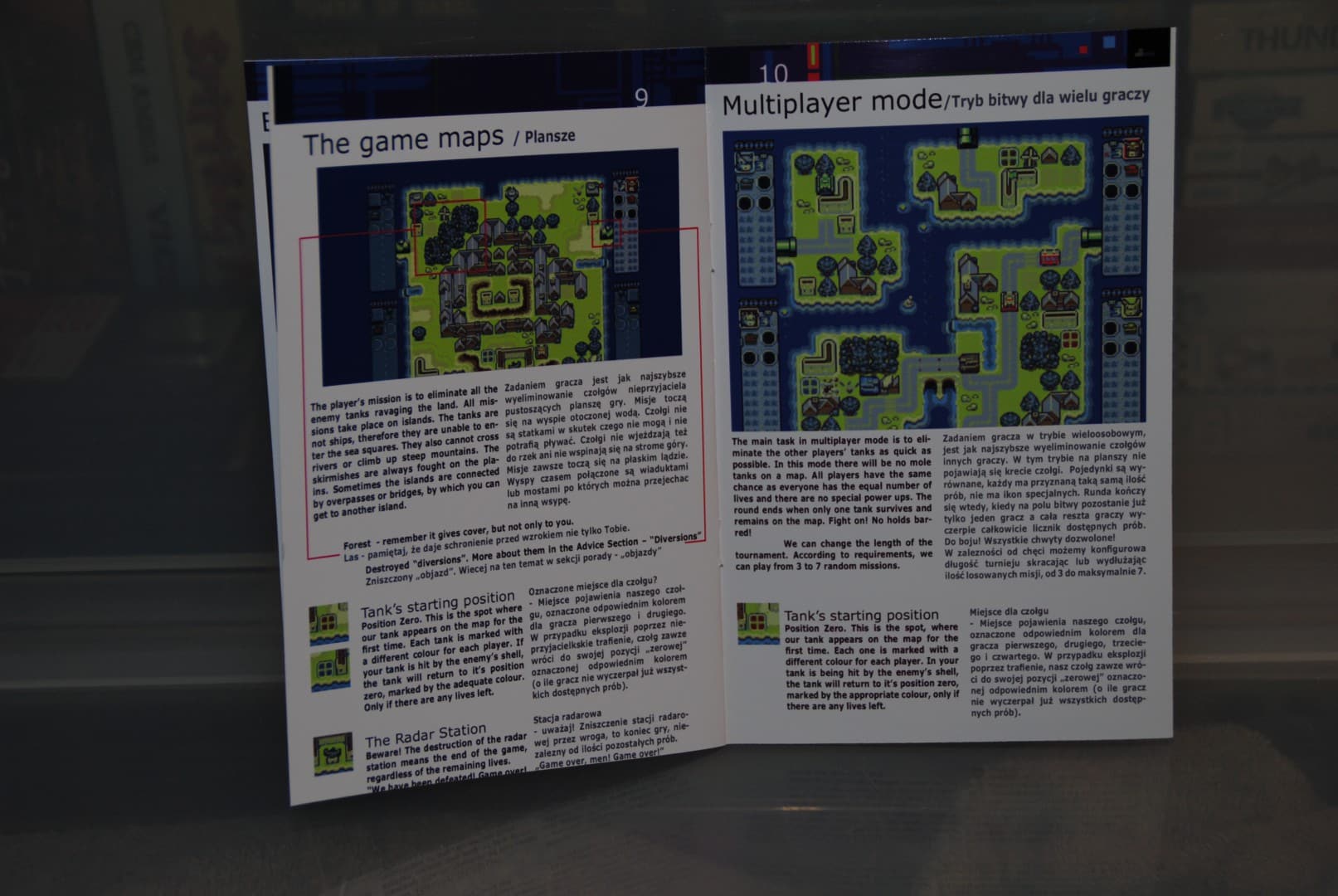 The manual looks good but as seen in the picture to the right they have run out of place and nearly cut out some of the text in the bottom. 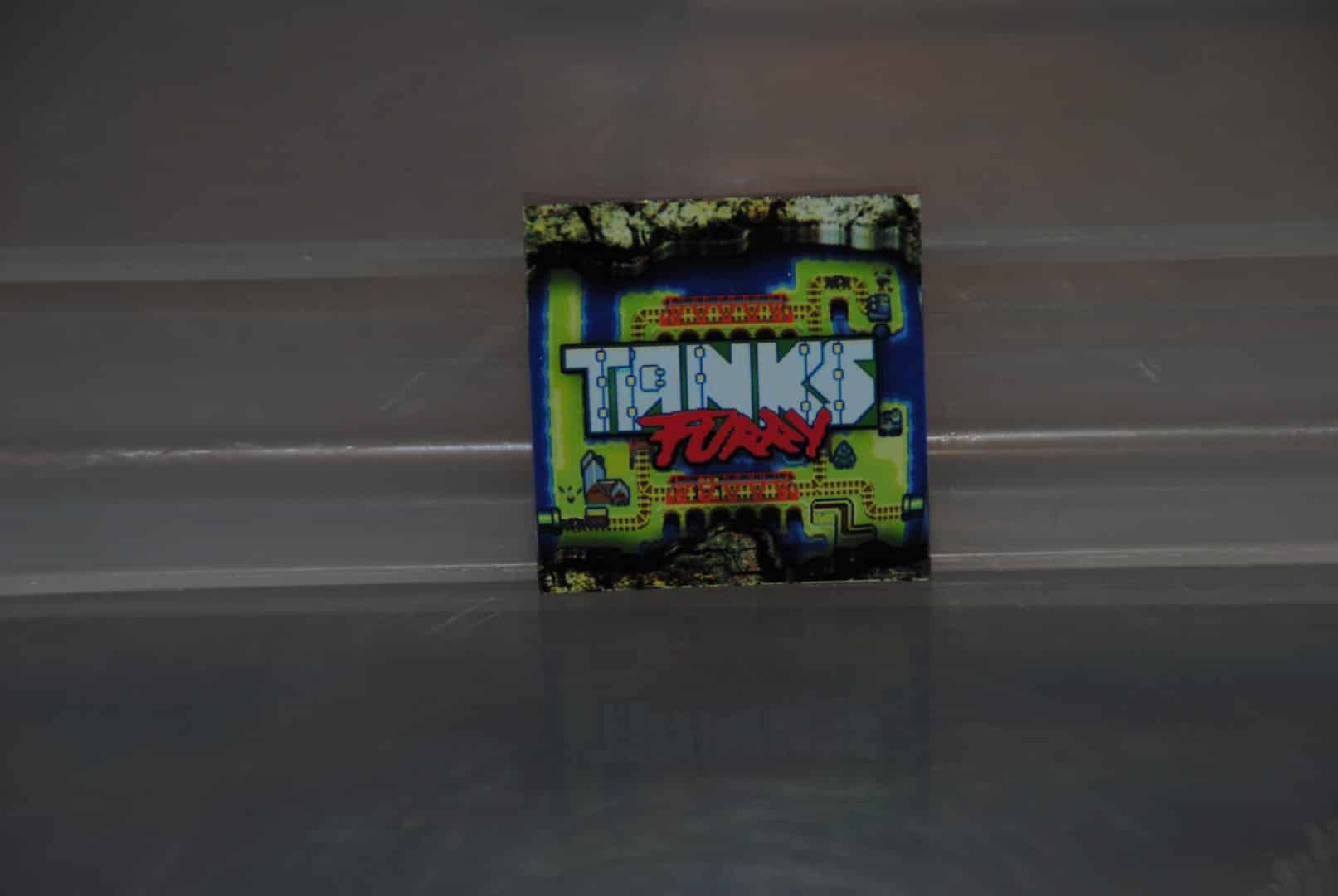 What’s this then? well, it is actually a magnet, a tiny one.  Looks good and I might even put it up on display on our refrigerator. I think this is the first Amiga game magnet produced for a game box release?. 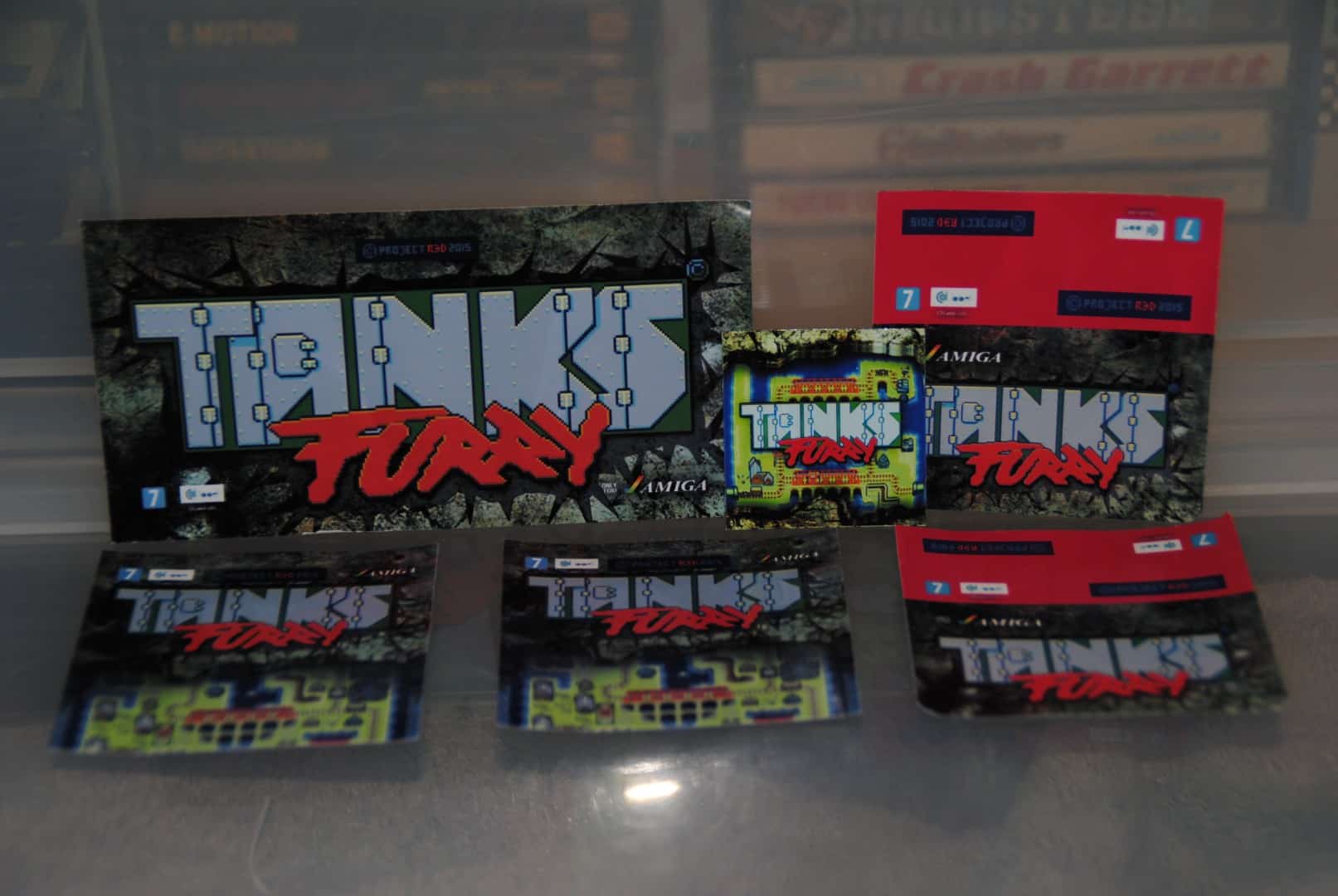 Here you can see the extras inside the box, it took me a while to realize that the smaller “cards” was actually Floppy disc labels, very cool idea and most likely the only reasonable way to include a floppy version on the cd due to the cost and limited production possibilities of a proper floppy release.

The larger item in the top left is just a card thing, not a postcard or such and most likely included because of having extra space on the paper from the printer. I have plans of using this card as a display card at retro events, slip the card into a plastic sleeve and put it in front of a monitor showcasing the game. 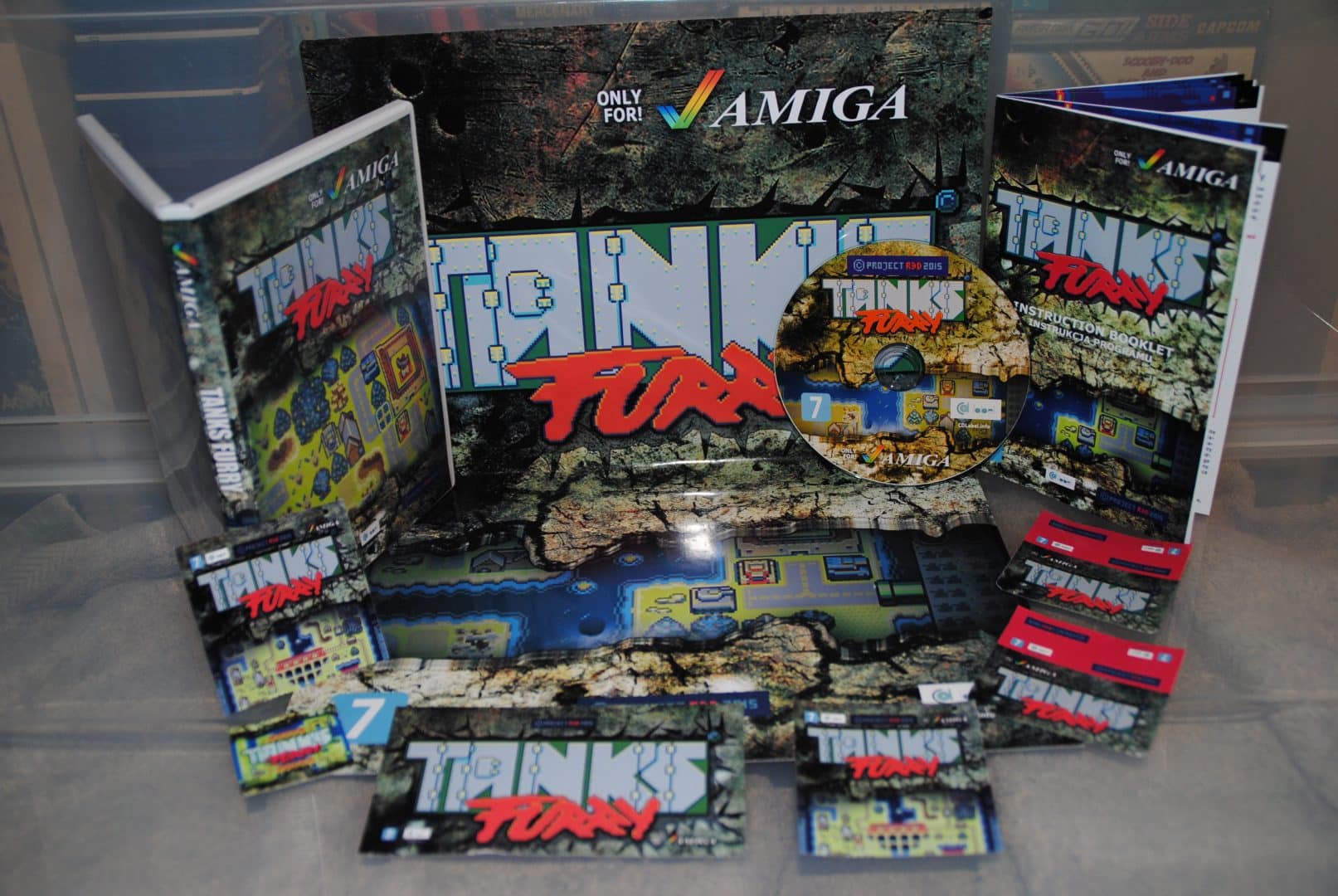 Here you can see everything in the bundle, all of this for approximately £6 English pounds.

Notice that A3 poster in there, it is also part of the release but it doesn’t fit in the box due to the paper used. Stiff and pretty much unfoldable.

The CD also comes with an exclusive floppy version of the game although I have no idea yet what it offers, I had a look at the CD file size and it looked like it was only 6 MB or something like that, more info about that in the review of the game in a later post.

Want this collectable? , hurry up and go to the online shop Amiga.net.pl, I am pretty sure this game will be out of stock soon enough and then you will regret not getting it.

3 thoughts on “A Look At Tanks Furry CD Release”