Do you hate cables? , do you like how the cables always somehow get a knot on them, do you like retro consoles?

Well, i do, i have been looking for a way to play on my return 5 with a wireless controller that actually works and has no lag.

FunstockRetro in the u.k has solved this now. They announced yesterday that they have one for the NES and Retron 5.

Please keep in mind that this article is just a preview because i have tried this adapter yet.

I do not know if there is any lag because i have not received one for a review. 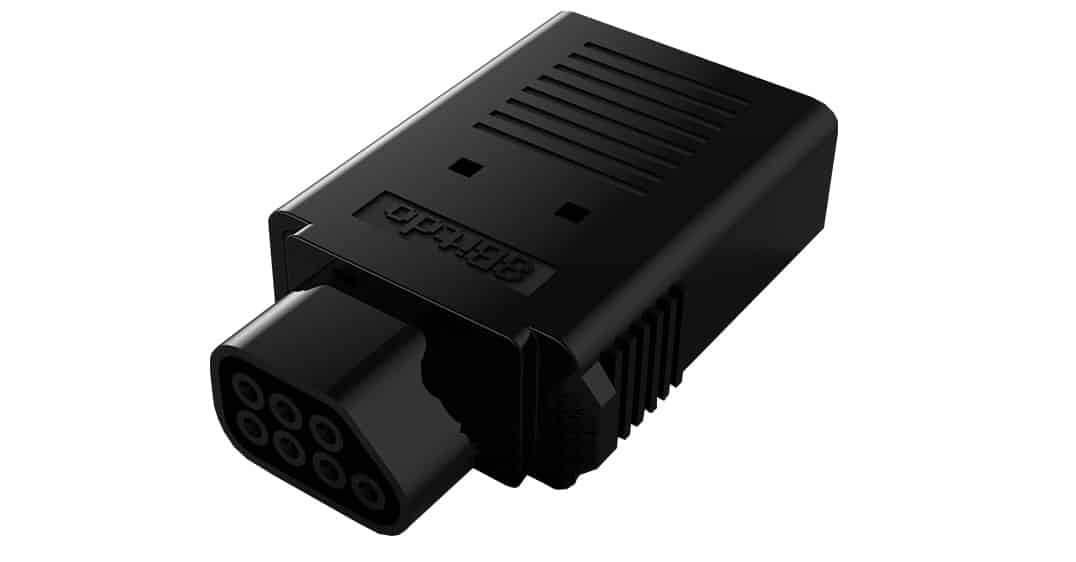 This is how the adapter looks like this quite thin but long so it builds quite a bit from the controller port on the console.

The controller supports any Bluetooth controller like the PS3, PS4 etc controller which is great because those controllers fit my hand perfectly, especially the PS4 controller.

The adapter is called an 8Bitdo, a funny name although catchy and easy to remember.

I am also quite surprised that the 8Bitdo support 4 Bluetooth controllers at the same time, now that is a brilliant feature.

Such a feature will certainly sell more units than if it only supported one controller at the same time.

The adapter also works on a PC with a USB cable, just hook up a USB cable to your pc and into the adapter, which means any Bluetooth controller will work on your PC.

Here is a small video of the adapter, quite corny but it does the job to market the product for what it is.

I have one concern though, will the controller work on all NES models including the different region ones like the German, American and so on. The reason for my concern is that many new third party controllers out there do not work with every NES model out there, as well as compatibility between the new consoles like the 3in1 retro, Retron3, Retron5 etc..

i hope to have a review one day, i might buy the adapter at one point, but that won’t happen anytime soon because of my backlog for my consoles and my limited collection /amount of games on the NES.

PS: the reason why this is 1 day late is that of the insane amount of posts i have ready for publication, and the ones i have released the last few days have been requests from readers around the world.