It was back in May 2016 that i found out about this hotel, all by pure luck of course.

It was just a day before the Retrospill Messen 2016 and every single hotel i checked had either sold out or was part of a major strike, the hotel i had last year was overbooked, my second option was taken out in a strike that day i called and so on.

I was pretty sure that the trip was off, i could not risk taking my family with me on a weekend trip where the chance of getting a hotel was looking very slim. 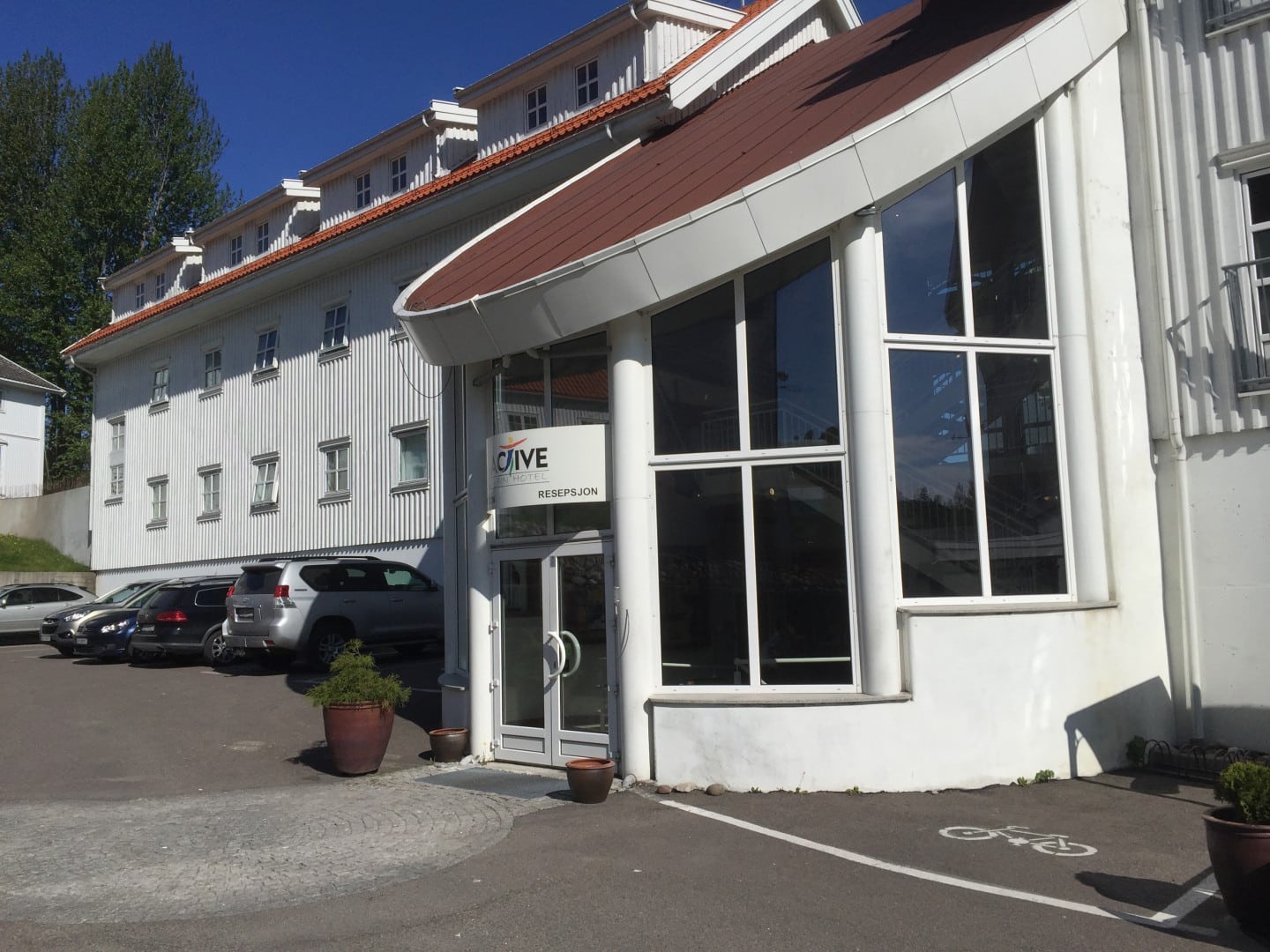 I rang a few more hotels in the area around Sandefjord, some never picked up, others was not a hotel but a hostel/apartment instead, i was dead close to give up.

I decided to check if there were any hotels available in the other cities around the area, we had a car so driving for an hour or whatever wouldn’t be too much of a hassle.

There it was, a hotel called Active Hotel in Tønsberg, pictures showed several good facilities like playland and swimming pools and so on for the family.

I rang them up and the woman told me within 20 seconds that the hotel was not part of the strike and that it had rooms available all weekend. 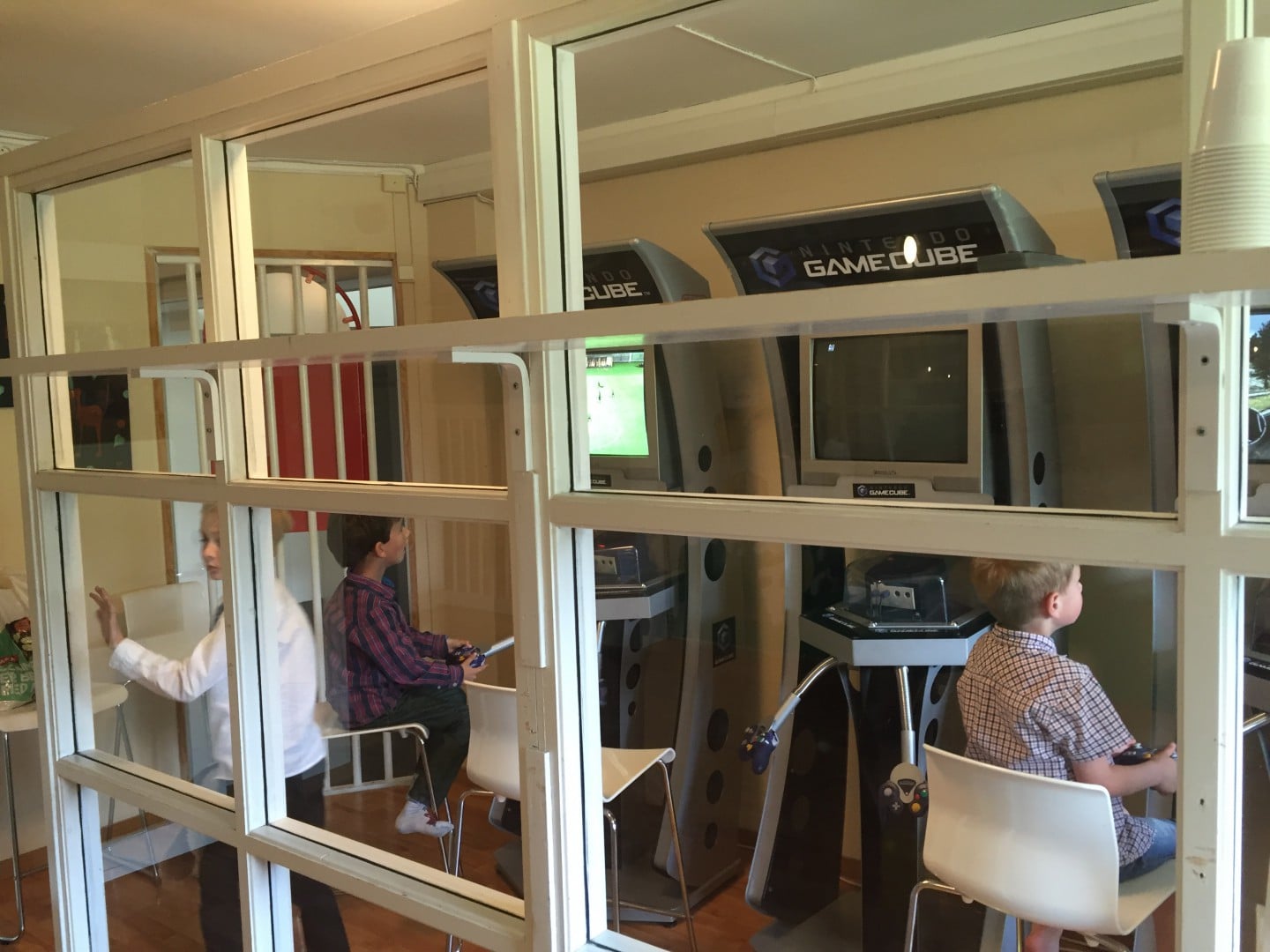 Room booked for the weekend.

As soon as i had booked the room me and my son started to look at the facilities and i was anxious to see his face when he saw the pictures of the swimming pools and waterslides, much to my surprise was when i found a section called ” Nintendo GameCube ” zone. 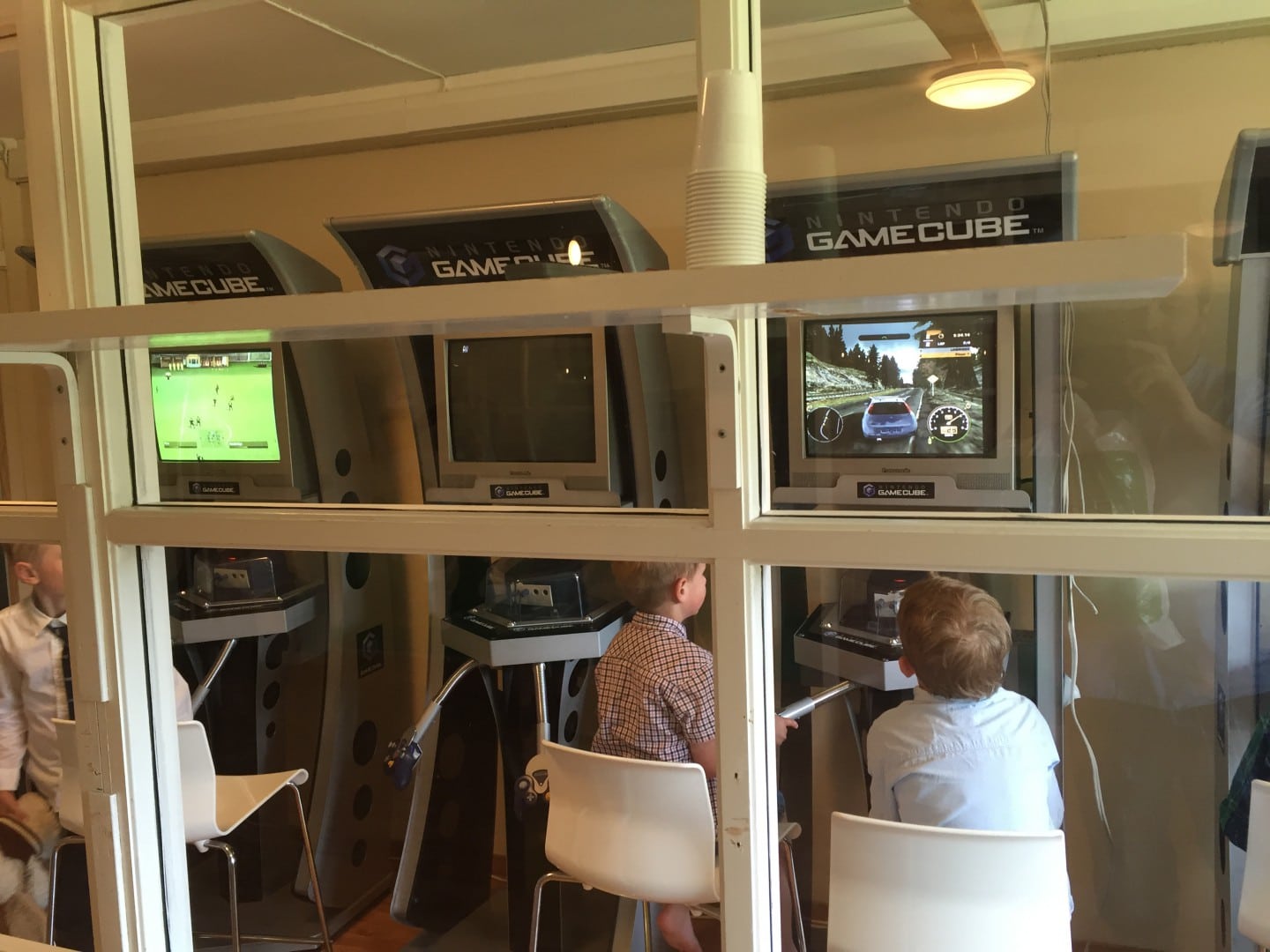 These are my actual photos (of course) so yes, it is for real!.

I can’t remember how many machines it was now but i guess it was 8 of them? all of them with different games.

I do not know if one could switch games or whatever as the place was so overcrowded with kids there that i didn’t spend all that much of a time next to the machines really.

That noise!, i have a kid and i go to computer events quite a lot but nothing beats playland (Jungle or whatever playlands etc) and kids going crazy at games. 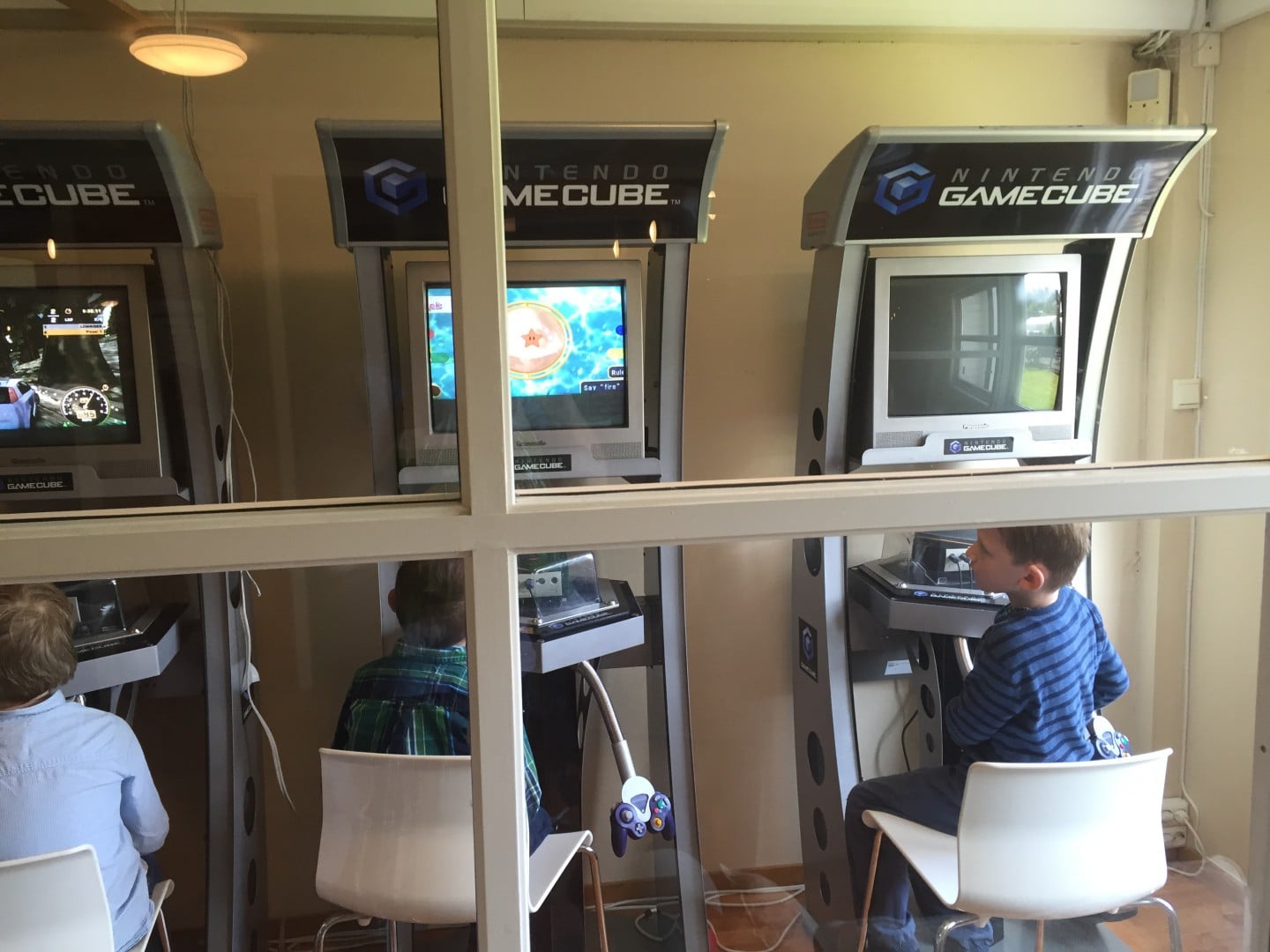 My son was there quite a bit, he had some things to say and that was that the lines were long to the best games and that there was no queue system or whatever so it was a game of patience.

His other concern was that there was one machine that had a broken TV (colours was off?) and general wear and tear were present on many of the machines/controllers. 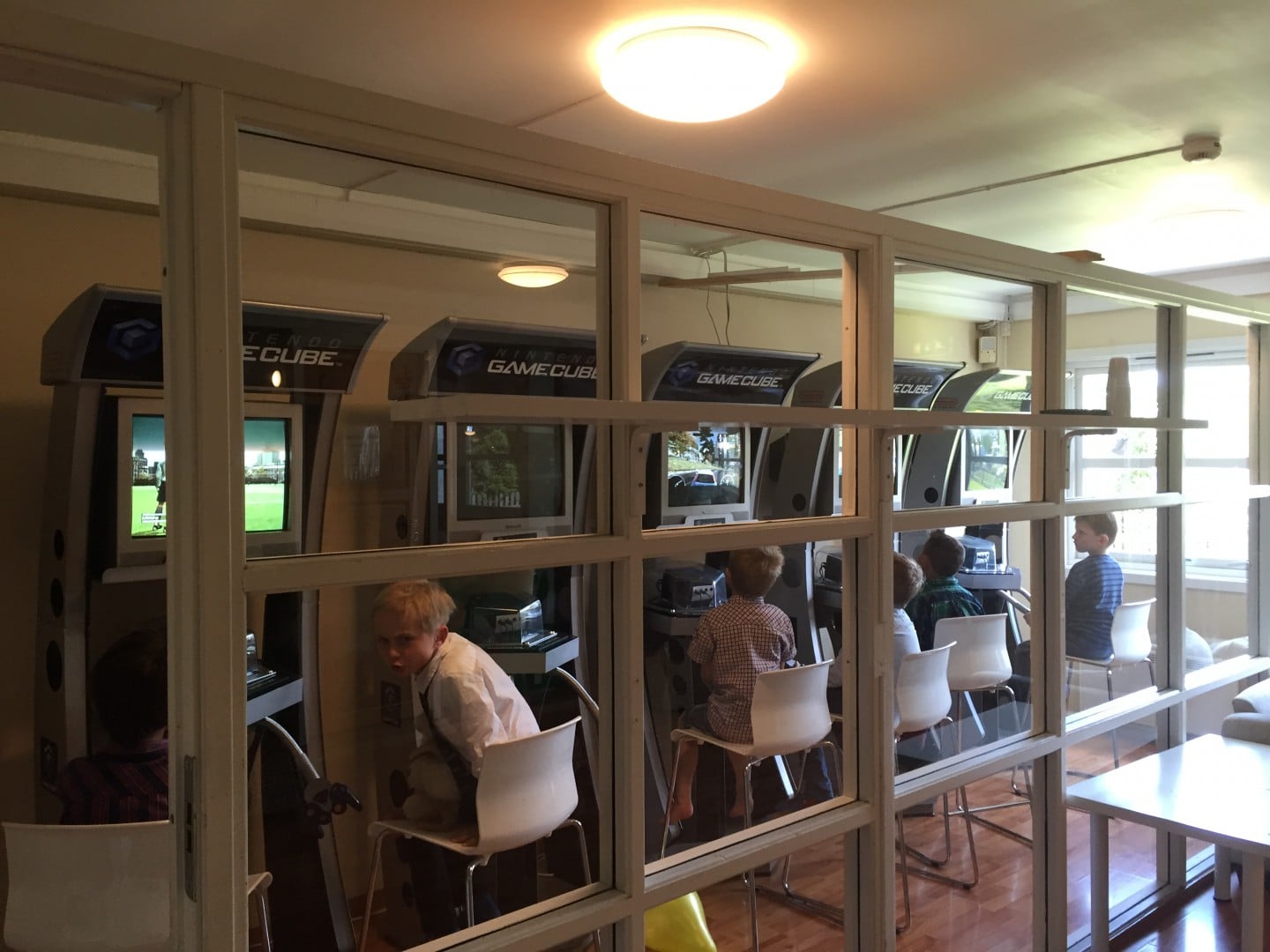 The other facilities like food, rooms etc were ok and i have nothing to put my finger on except for that there was no “Nugatti” there and that their cooked eggs were not all that!.

The swimming pools and waterslides were good and when we were there it was very little people so we could do whatever we wanted, sort of.

So maybe not a Nintendo themed hotel per se, but it is as close as it can get in Norway i guess with this Gamecube zone.

The rooms are cheap’ish together with free parking and a free pass to the swimming, playland etc stuff.

I see guides give the hotel from 3 to 4 stars, if this is a 3-star hotel then i must admit that those 5 stars hotels we have stayed on before have been a ripoff compared.

Have a look at Active Hotel In Tønsberg Norway for more info and pictures.

3 thoughts on “Travel Tip: A Nintendo Themed Hotel In Norway?”