The modding community never stops to surprise me, from time to time brilliant stuff appears but for the most time, it is stuff that i find cool and all but would never want to do it myself or even more so buy it.

Resident Evil is a brand we all know (and many love), so a console mod or whatever was expected now that there’s a new game out. I must admit that after 20 years of various overcooked or half-arsed attempts that my expectations for a proper thing to appear were very unlikely to happen.

Don’t get me wrong here, i loved the chainsaw from Resident Evil 4… but it was useless in terms of playing on it or whatever. 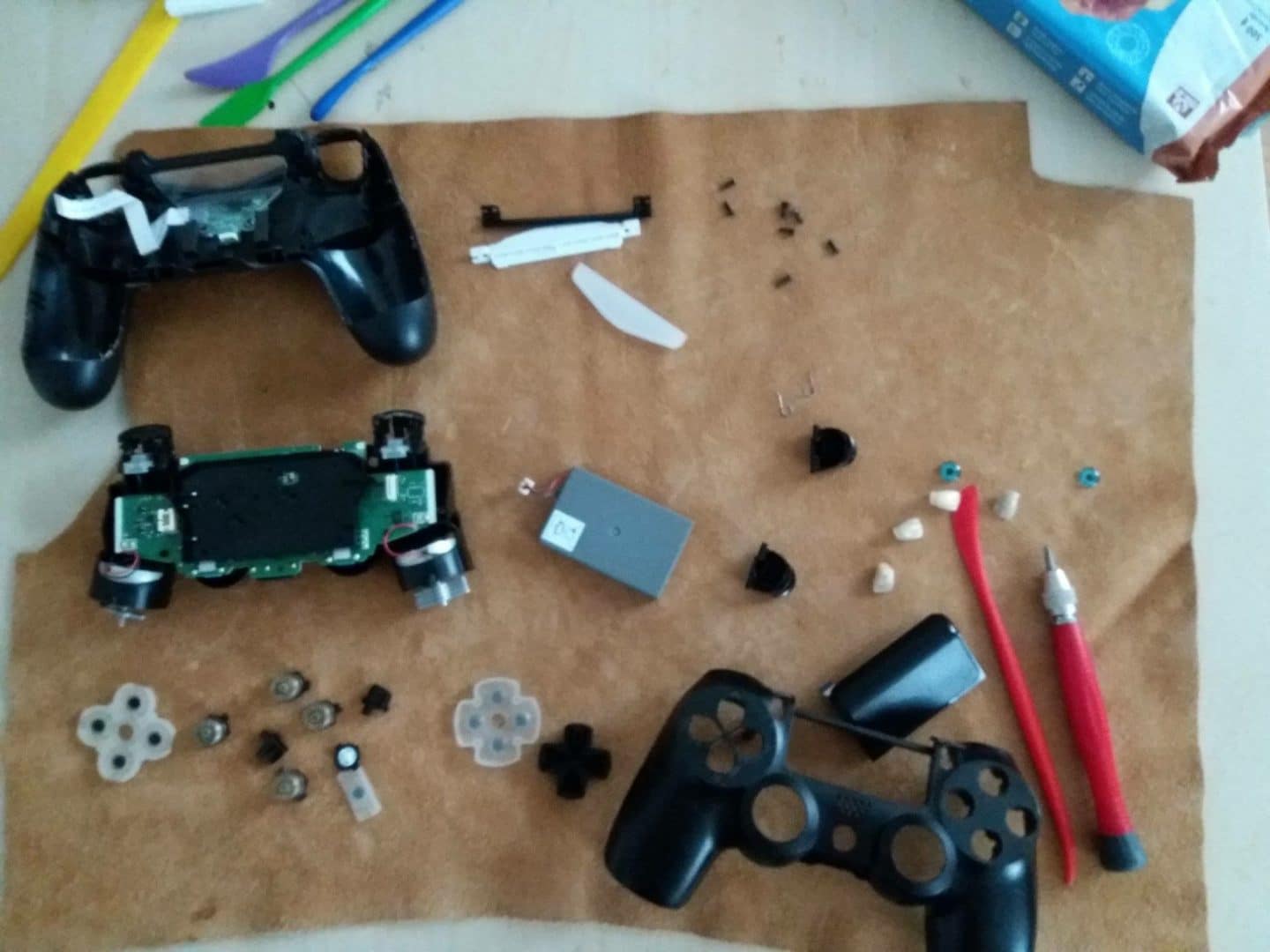 A week ago some new pictures started appearing at the usual places (read: social media), these pictures came from Andrei vulpe from Romania which is the creator of this rather spectacular Resident Evil 7 controller thingy. 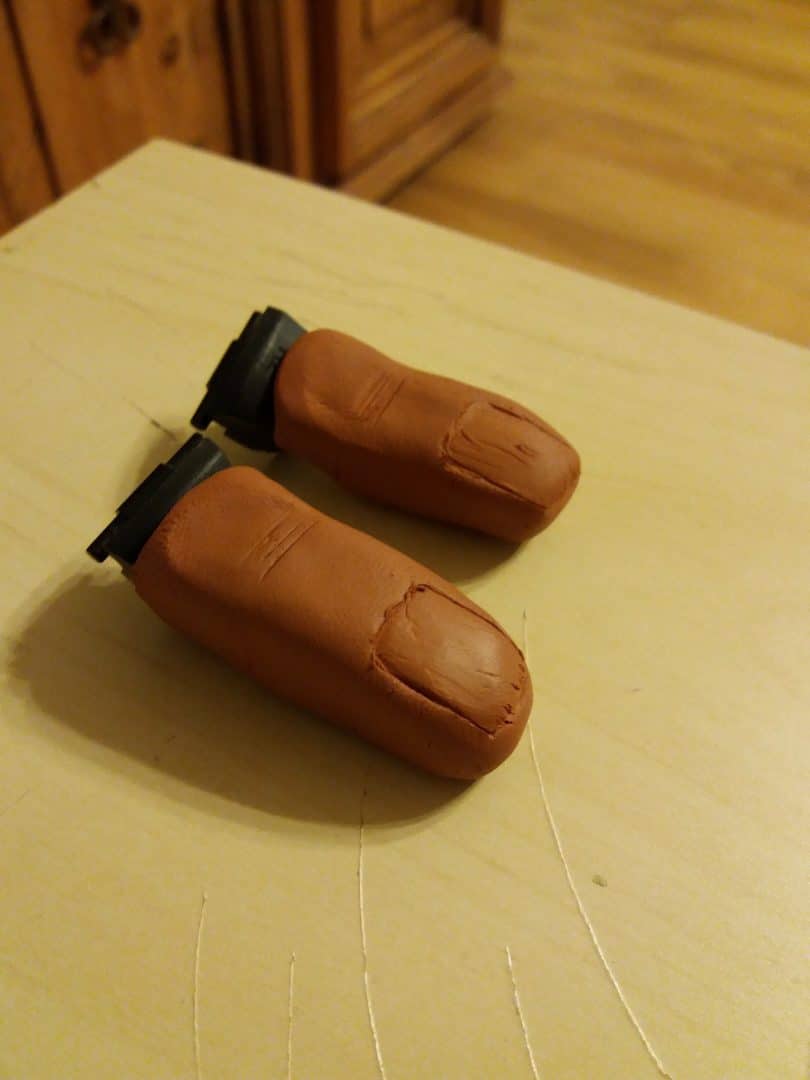 This was the first picture i got, naturally i wanted to see more after i saw this one…..

For some reason Andrei got the idea that a pair of fingers on the shoulder buttons would be a good idea, i am sure he tried a few times before finding the perfect fit… 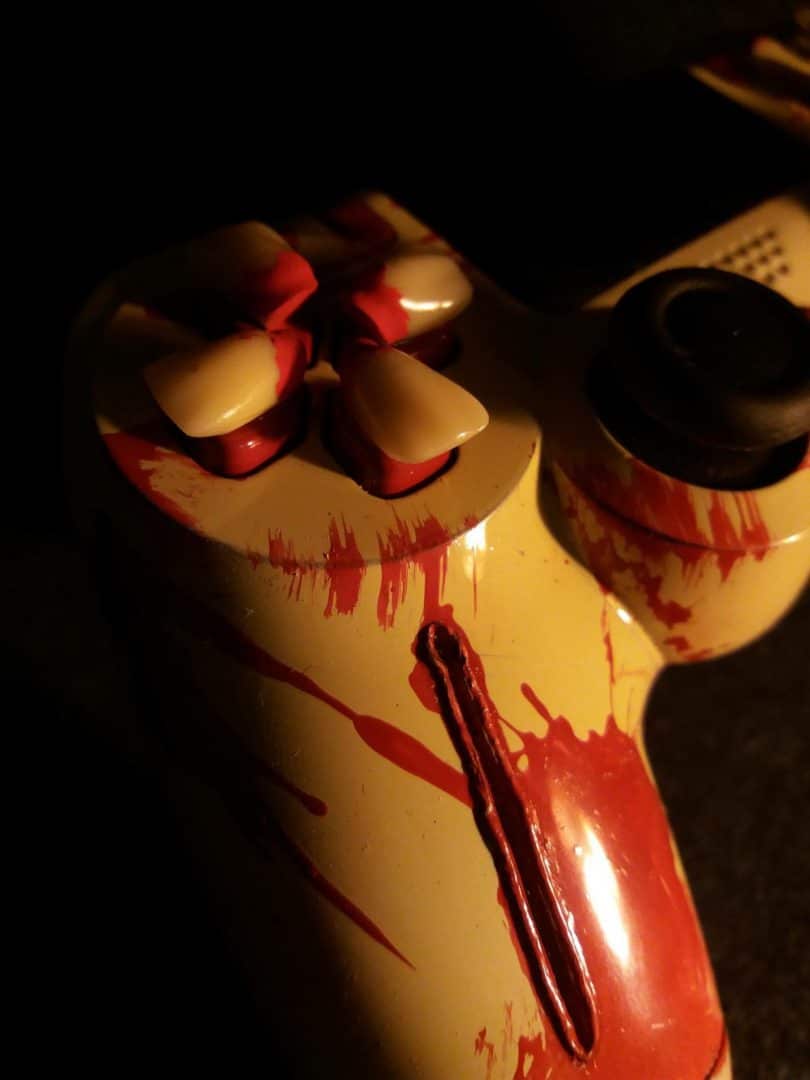 YUCK!, is that teeth?

I doubt it is comfortable to use though, but that said i can only dream of playing Resident Evil 7 in VR with this controller.

The scar looks real too, it is amazing what a hot screwdriver can do to plastic i guess. 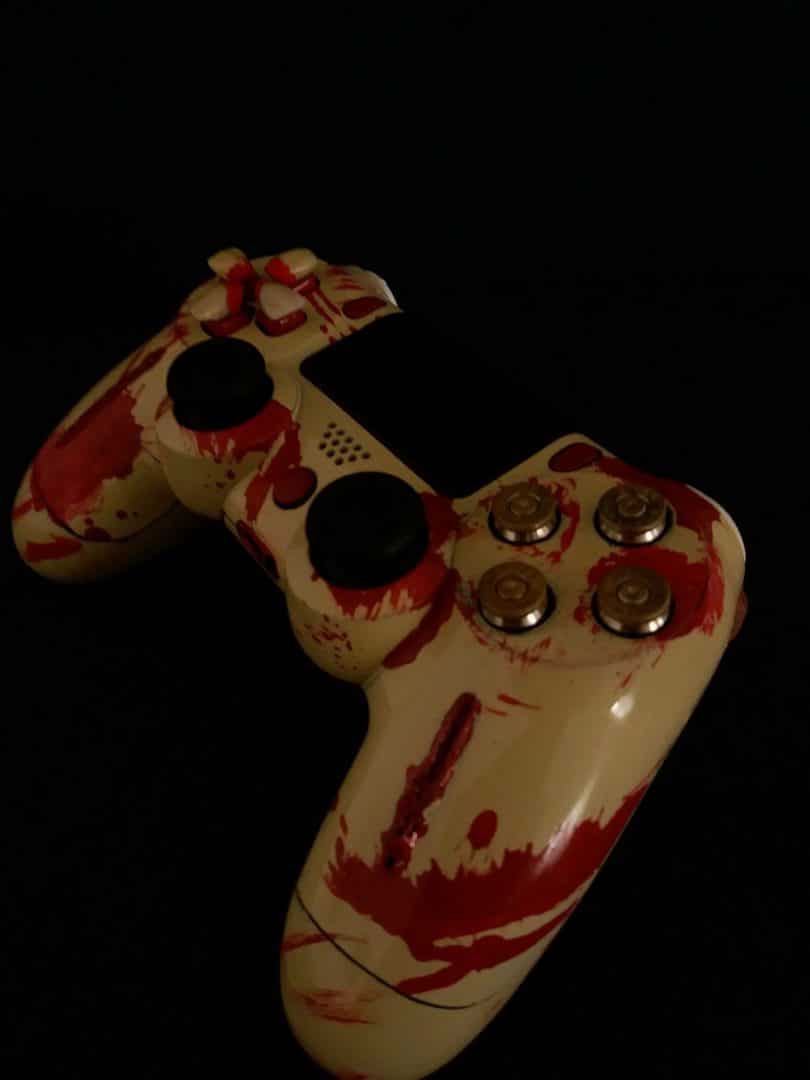 Look at that! he actually used shells/bullet casings as the face buttons.

The paint looks god damned beautiful too, if i had one of these controllers then i would hide it so my son didn’t see it for sure, it just looks so amazingly scary… 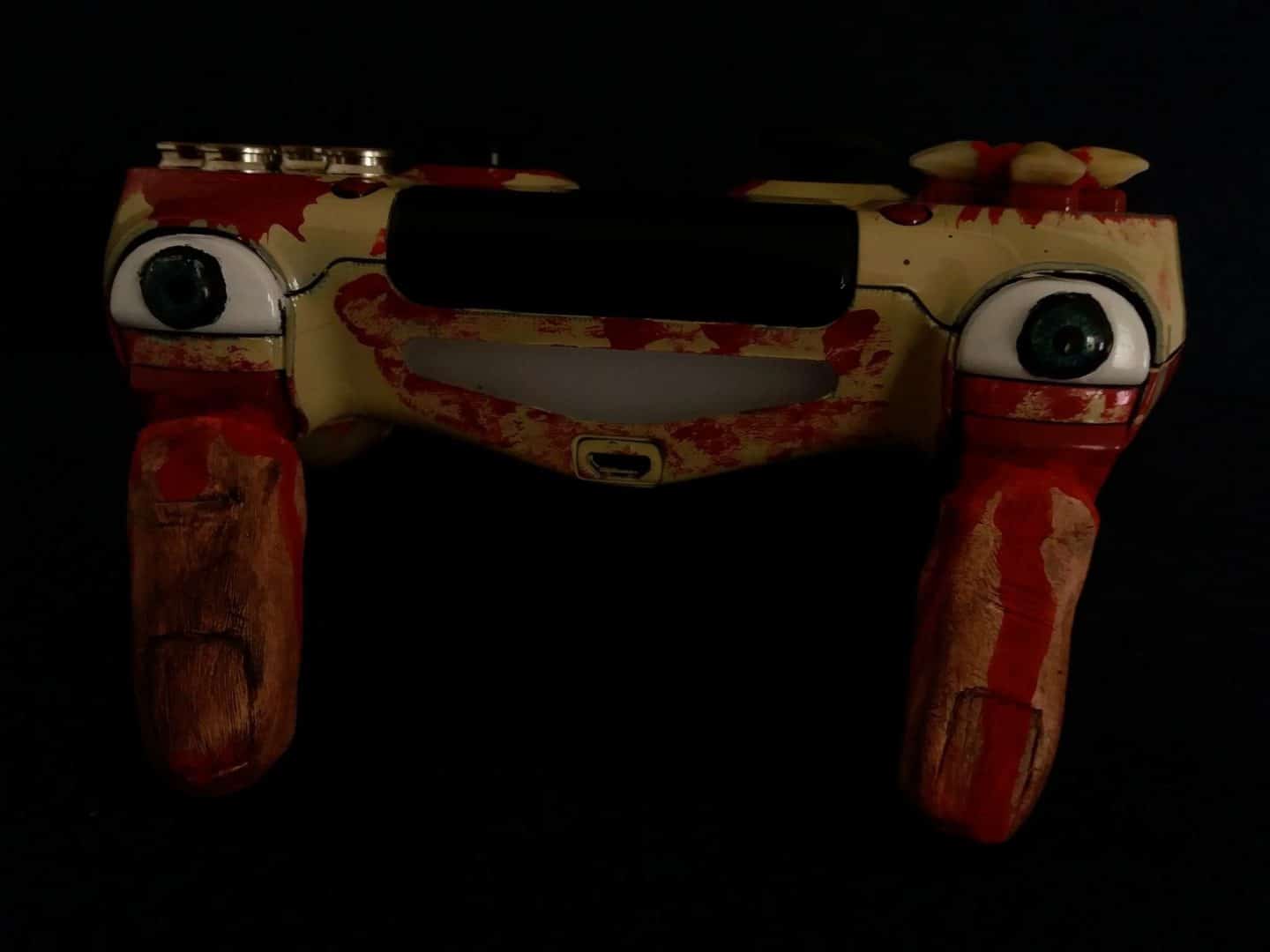 While fake it still creeps me out, a lot!. 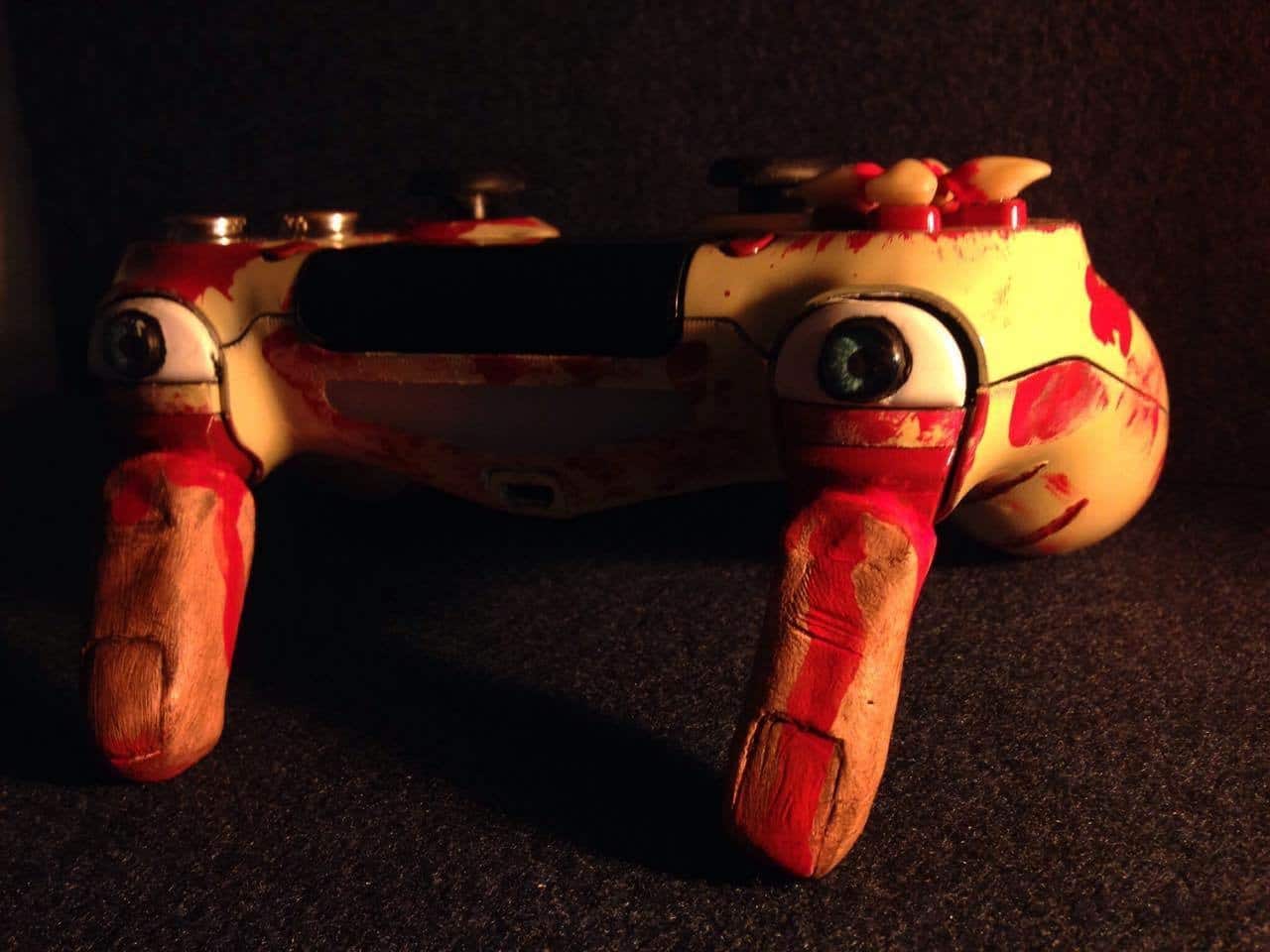 Here you can see the controller in a proper angle with good lighting, it looks like an official product if you ask me, this guy needs to get a contract on designing controllers in the future i think.

Ok so that’s it then, the controller looks absolutely amazing and this is one of those items that i would actually pay for, i mean, it might suck as a controller to use every day but as a piece to have on display is bound to be a real killer. – A proper collectable and not only for Resident Evil fans.