I am a huge fan of retro remakes and i do prefer official ones too and not just some indie remake without the proper assets or copyrights and so on but sometimes it is the indie teams that succeed over the huge companies and that without even breaking any IP’s and so on and this is because they see past the actual concept and add that little extra which makes it so much worthwhile.. 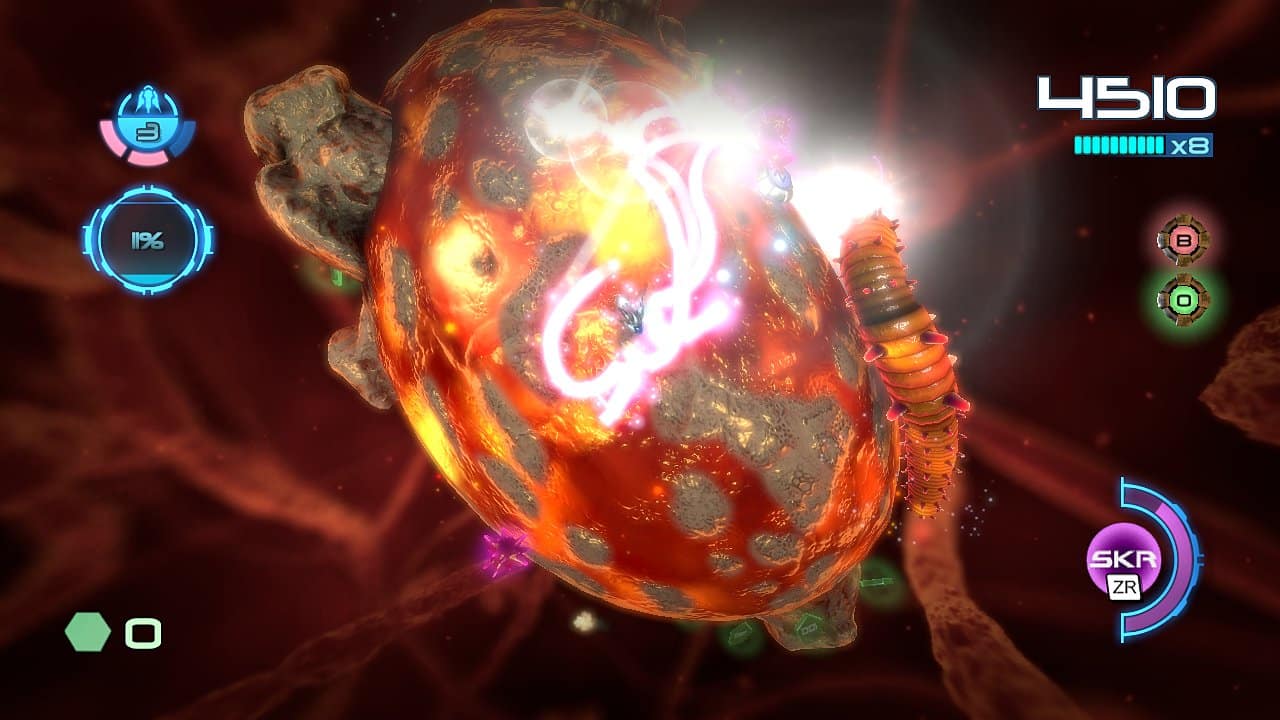 Nano Assault Neo is a remake/rehash of the Amiga game Stardust and it’s sequel Super Stardust and while the original developers of the two games made a hugely successful sequel (3rd game) of their two first games they still forgot a few things which to some was the most amazing thing in the games but that said Super Stardust on the PS3 was bloody amazing so by all means i am not dissing that title at all.
Nano Assault Neo is more of a remake than a continuation of the IP like Super Stardust and with that it takes the best from all 3 games by adding the sphere design from the 3 games (mostly number 3) where you rotate the sphere while flying so it is not a static image like it was in the Amiga classics and while many think this sound like a PS3 version remake it ain’t as that is basically the only thing they took from the 3rd game as the rest is plain and simple from the first 2 games. 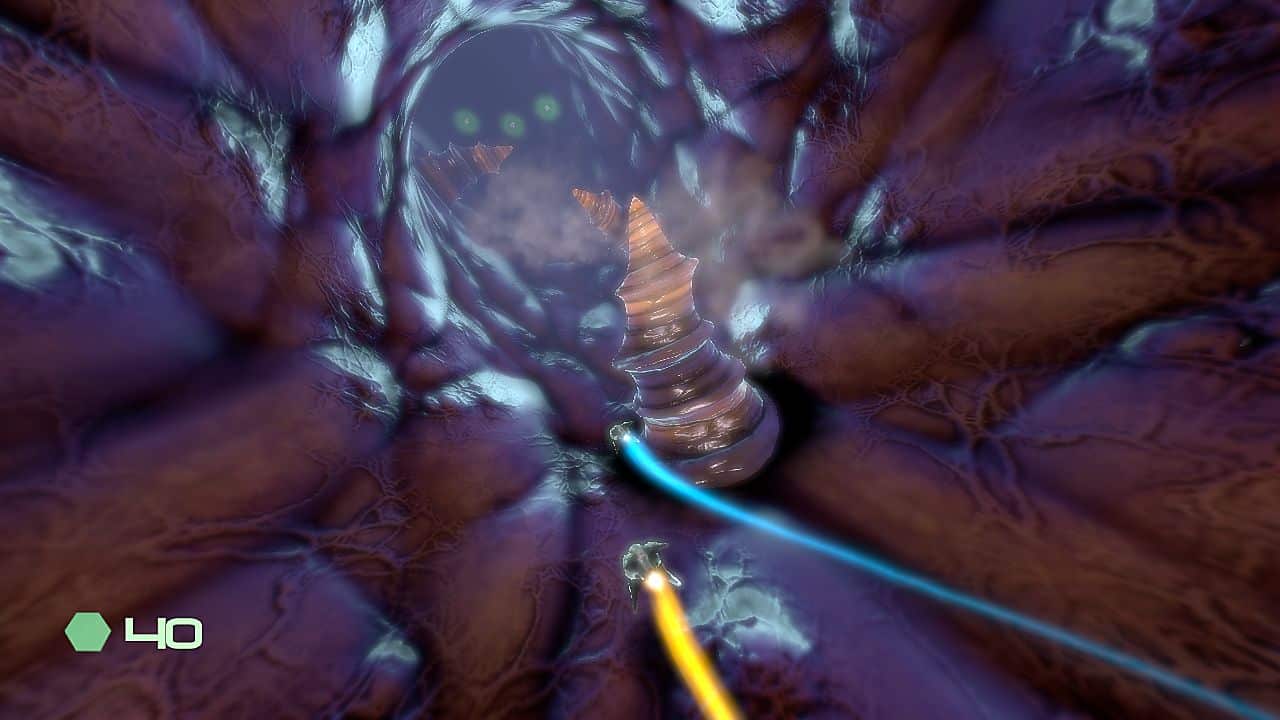 There are 4 stages in each world and there are 4 worlds and while it sounds little it ain’t as this game has proper retro difficulty so it may not be easy to some but as it grows on you that is when you progress and eventually you will complete the game.

Boss battles happen in the end level of all 4 worlds and while they ain’t as cool as in the Stardust games it still fits the design of the rest of the game as it is not a space/asteroids theme in this game but more of a “plant..insects” theme, it is debatable but a friend called it that while watching me stream the game and i guess he was right about that…

Some really nifty effects and levels in the game, water effects are above the normal quality seen in most games and since everything is in 60 fps with no lag or fps drops what so ever this means it is a blast to both play and watches. 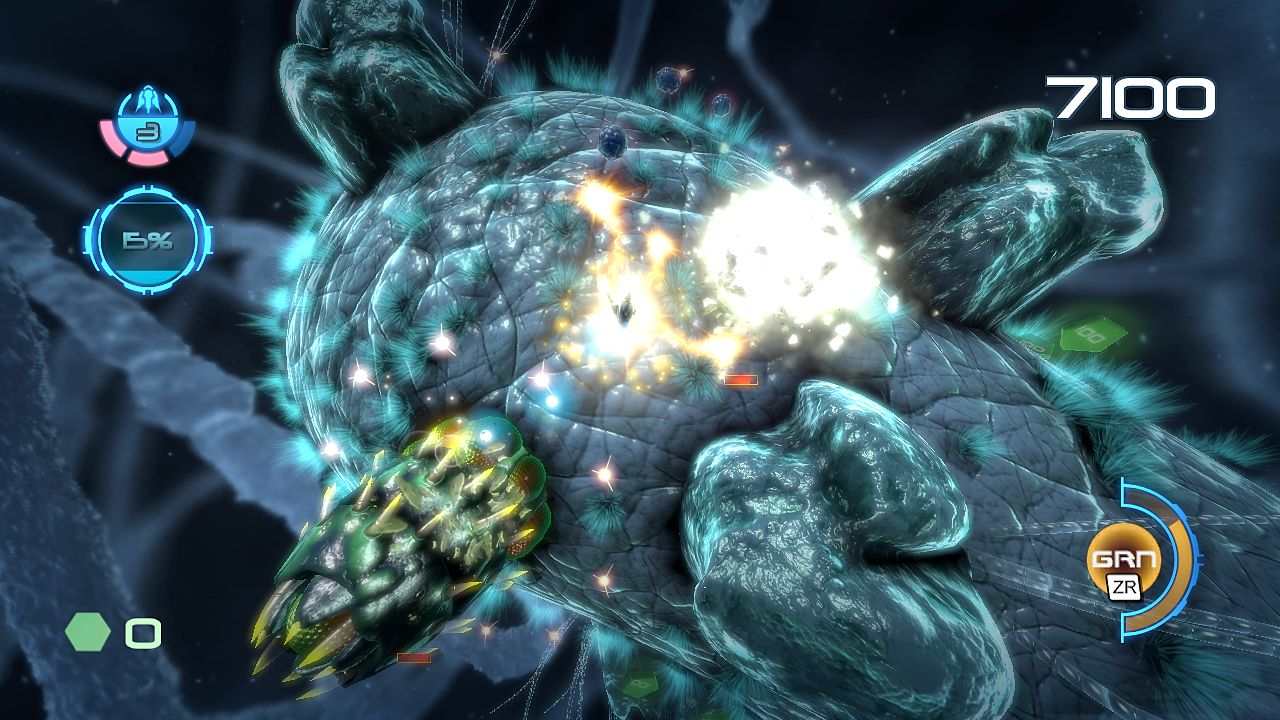 Bonus rounds, now this is one feature i missed in the 3rd start game. tunnels, fly and dodge and as many of you know i even worked on a similar game at one point, yes the tunnel racer /shooter ” Wild Flying” which was basically a mix of these types of tunnels together with the PSone game ” N2O Nitrous Oxide “, the tunnel effect in Nano Assault Neo is awesome, very difficult as it should be (like the original Stardust games) and one of those parts in the game you just want to see and play more of!.

The Bonus round levels are basically just a dodge level without any weapons and the whole point is to fly for as long as you can and pick up as many points on the way and.
The Bonus round appears between the 2 and third level in each world and sadly they seem identical to each other but i have yet to be 100% sure about that as i forgot to grab videos from every round as they’re just too fun to set on pause and arse around with the grabber.

Here is a small video from my first attempt, i am a bit sucky (as usual) but i think it represents both the design of the game and level of difficulty, crazy amounts of weapons and objects/enemies and level designs, awesome game and it deserves to sell bucketloads!.
Make sure to view it long enough to watch the tunnel sequence too.

Thanks for your time, see you all soon.