Just let me start with saying one thing, what a bloody brilliant game this is and it’s certainly one of the best portable games i have ever played.

ACIII feels like a console game and many seem to dislike that but i think its awesome and i have now played it for like 25 hours or so and it’s still damn good and i still want to play it more, much more.

Fighting is quite refined, and it’s fun and easy to fight several enemies at the same time.

You even fight crocodiles.

Story-wise the game is a side story to the 3 main games (AC1, AC2, and AC3) and i think that it’s pretty decent too even tho it’s not as amazing as the story in the other AC games.

ACIII so far has yet to reveal all that much new but i have a feeling it will hand out some stuff at the very end although i have got a few Abstergo! notifications and scrambled gfx so it’s definitely there.

It’s all about beautiful locations in the AC games, here are a few examples:

Beautiful graphics and sound make the game even better although i still think it could have been even better i bet they decided to downgrade it a bit to get the frame rate better.

Loading times can be really bad at times and it seems it gets slower and slower the more you progress in the story although its never like a minute long or so (more like 20-40 secs) and it stream data in the background while playing too so its only when you go to a different city or location that you get an actual loading screen. 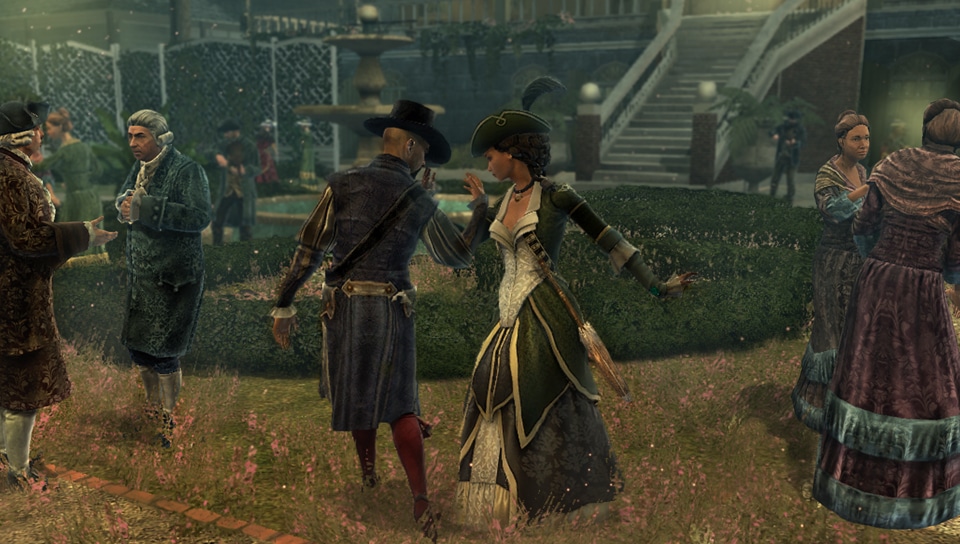 Ubisoft went a bit back to the roots with Liberation as it seems to take even more than usual stuff like climbing and discovery stuff from the Prince Of Persia stuff, things like caverns, swimming, and various other things.

Swimming feels quite good but underwater can be really frustrating.

Paddling the canoe is cool once you get to know how to do it.

Riding the horse feels like its been ripped straight out of Prince Of Persia The Two Thrones, while fun its too short and annoying.

The Whip which you can use to fight with and also you use it to climb or jump/swing huge gaps.

The dart pipe is absolutely genius, no one can hear or see it and its the ultimate assassin weapon.

You play 3 different character types, its the same woman but you have 3 identities, slave, assassin, and a lady. (all with different skills like charm/ seduce, climbing and blending in ) 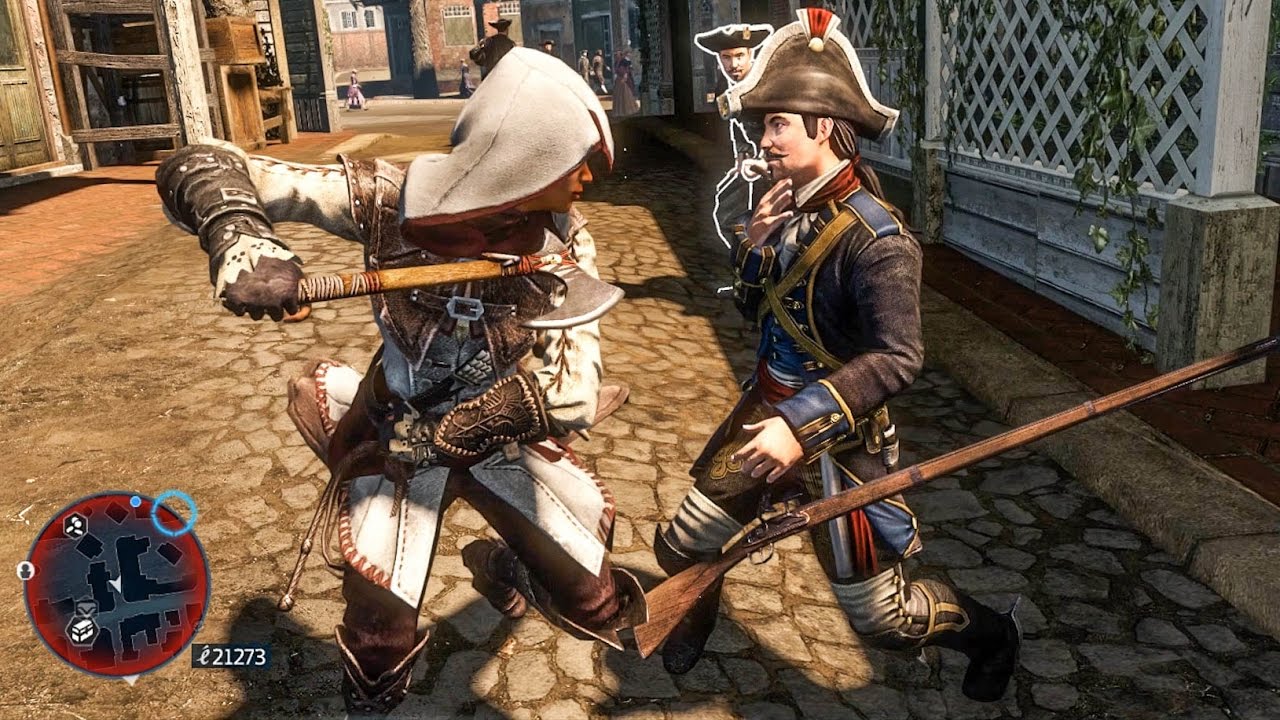 And now over to the:

ACIII:Liberation is not without its problems, there are glitches sadly and i have encountered 2 of them so far and 1 was today that corrupted my savegame , Ubisoft is aware of this problem and has a patch due soon, my save is on the PS+ but its sadly 2 days old so i need about 5 hours of play to get to where my corrupted save is right now.

UPDATE: i got an answer on the Ubisoft blog last night that the glitch patch hopefully would be out by the middle of December and that they had a solution though i forgot to ask if we had to start a new game to fix the glitch… 🙁

The other glitch i met is pictured above, typical mapping issue and a common one in today’s games but for a game that has a reputation of being “glitch,” hell and unplayable at times is certainly nothing i can relate to… except for the corrupted savegame ..AAAAAAARGH!. 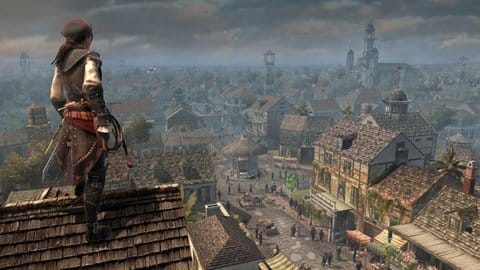 All AC games (on all platforms) has been glitchy, some have been patched others not, let’s hope liberation really is being patched.

I have not completed the game yet, i am at the very end i guess but there might be new glitches after where i got to today and i will let you guys know when i know more.

1 thought on “Assassin’s Creed III: Liberation For The PSVita”