God how i love a good adventure game, i love trying out all kinds of combinations in the inventory and i love trying to go back and forth between locations just because i missed a detail or whatever, the adventure games of the past have been on the verge of extinction for over a decade now but thanks to small companies and budget publishers like Nordic Games and devs like King ART we still get good point and click games even though all major publishers like to ignore the whole genre. 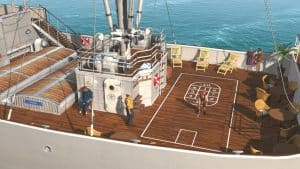 The Raven (the game!) have been sitting on my hard drive since before the summer (if not longer(?)) and i have always wanted to start it but it’s one of those games that you can’t just play an hour and then wait a week and then another hour and so on.. this is a game that you need to focus in and concentrate, think and relax.
I started the game a few days ago and i completed it last night, the game was a blast to play with no graphical or design glitches, the style of the game is very coherent and the flow felt very natural with the usual ups and downs. 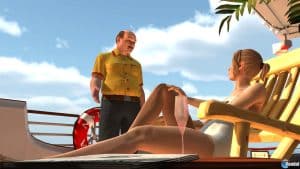 The Raven was released as an episodic series on PC and after that, the game was bundled together and re-released for PC and a bit later the PS3 version was born, all 3 chapters are included so there is no need to wait for DLC or whatever.

The Raven is a typical “WHO DUNNIT” mystery-solving adventure game and it is about a burglar who goes under the name “The Raven” and as the game progress in proper Agatha Christie manner with proper detective work and you get the feeling you know who The Raven is.. yup you guessed it ” A MURDER ” and all of a sudden the game turns into a huge question mark as up till the murder you got the feeling you had a clue and just to make things even better the game escalate even further when there is an even larger twist towards the end. 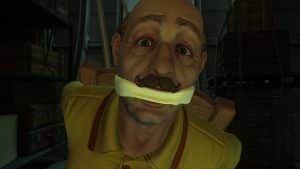 The game is very linear yet you have to keep digging and looking for answers and tips to be able to solve a puzzle but you will always go for the same goal but it is always fun and interesting to play as the people you play and talk to is above the usual standard in “budget” games.
There are a few things in the game that i didn’t like and that is the facial movement graphics and also that you can accidentally press the Square button and it will give a hint without you actually registering it and the worst part with that is that it will reduce your detective score (which is trophy related) as well as that the help is really not of much help either (unless you hit the button a lot maybe?) 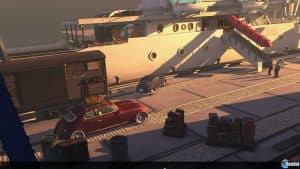 Writing about these types of games is always difficult since it is so easy to do a spoiler and i did not record a video this time around and i have decided to try and not talk about the characters in the game all that much but i can safely say that the game kept me entertained all the way through and there were a few surprises and twists and it took me and that is good as i played the game for more than 12 hours.

Graphics, sound, and setting (Train, Boat, and Egypt) felt very true to it’s 1960’s setting and because this game uses static environments it means you control the game just like the old Resident Evil games, works great and never feels out of place albeit it does feel very old school.
I must add that the game suffers from a trophy glitch (AAARGH!) which led me to complete the game and got all but one trophy leaving the game at 97% and i will have to replay chapter 1 and hopefully manage to unlock it where it should have been unlocked the first time around.. that said, the game reveals so many cool things later on in the game (towards the end) that playing the first chapter again (about 6-7 hours?) is a sacrifice i will do for sure and this will be easy now as i remember all the solutions… i hope…

EDIT: PLATINUM ACHIEVED! , God how i hate glitchy trophies!. Fun game but watch out for that CSI trophy!.

1 thought on “Brain Ache – The Raven”