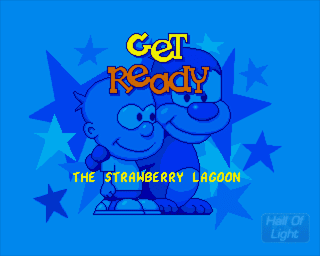 Bubble and Squeak is one of those games that spoils the gamer with loads of ideas, sometimes too many ideas actually.

It is pretty obvious from the start that a lot of attention to detail and good game mechanics was the main goal and even if the game comes with 3 different gameplay styles the game shows no problems in both style and game mechanics/design.

The game does start with a quite standard looking platformer look, it looks like a cross between James Pond 3 and Super Mario World(?). The game is silky smooth and is most likely 50hz with no choppy scrolling etc.

The game comes in 3 versions on the Amiga, ECS, AGA and CD32 and sadly there ain’t all that much difference between them except for a few layers in the gfx and maybe a detail here and there.  The Sega Megadrive version of the game is more or less the very same game as the AGA version except for the typical bad MD/GS sound.

Bubble And Squeak is a very polished game, the graphics are full of small details. The Amiga versions feel a wee bit undercooked in terms of what the hardware was capable of but the whole package makes up for it.

The game is full of small cool things like,

The pictures above show the shoot ’em up sections, yet again nice details all over the place, very quite and clean.

The levels do come out as easy and boring looking here, that is not the thing you will think when playing it.

The music is quite good too and suits the gameplay nicely.

The game box is a bit of a let down really, i mean it does look good but when i look at it today i think it looks like a budget game box.

The CD32 version came in 2 variations, jewel case and big box (above) version, my version is the big box one and i have never seen many of them around so i have a feeling it might be quite rare.  (but never checked). 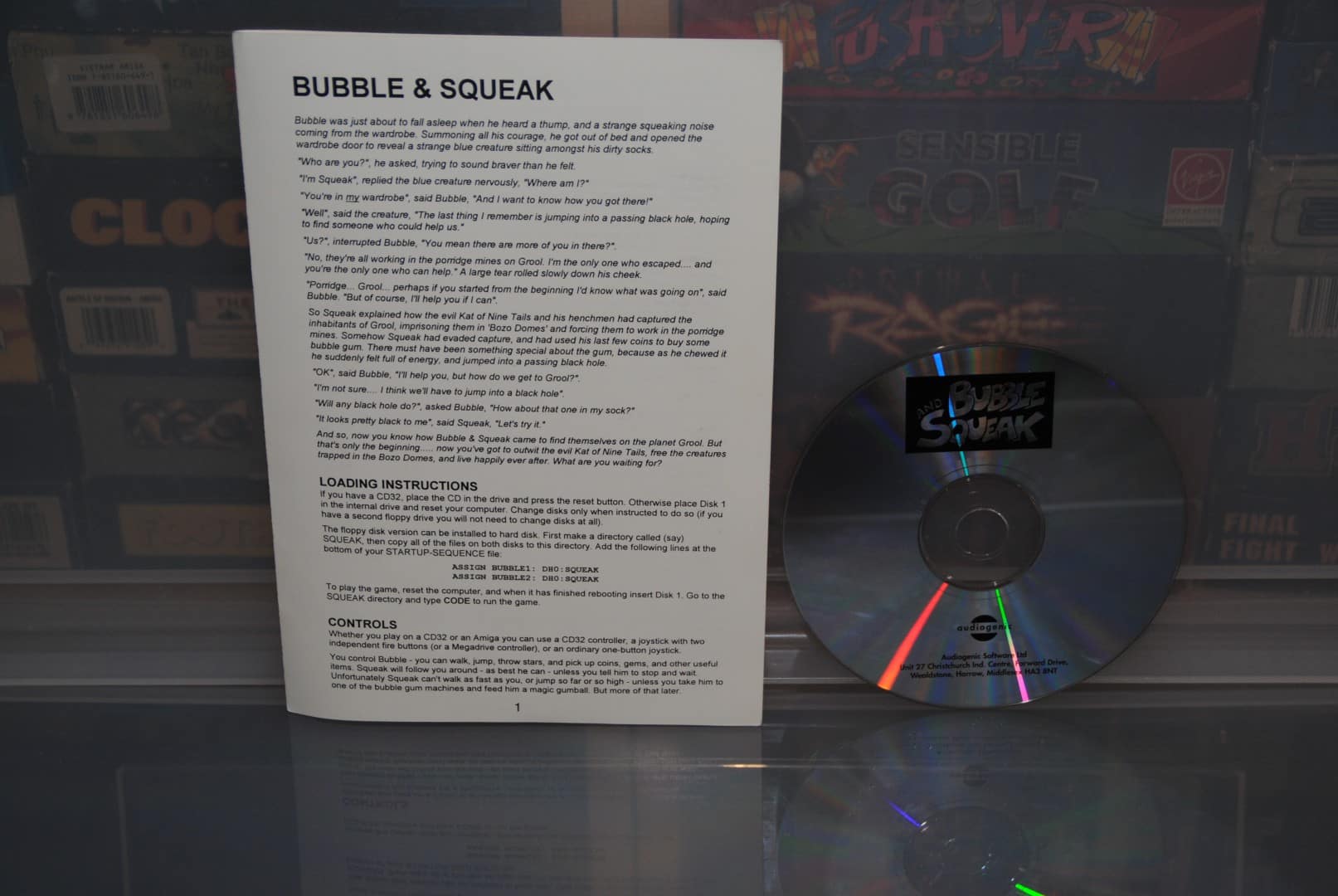 The Big Box version came with no jewel case for the cd, only a plastic sleeve thingy.

There are a few fun facts about this game,

Bubble And Squeak can be a very hard game at times, this is down to the time pressure and the difficulty of the puzzles. The game can be a bit unclear on what the next objective is so when the rush kicks in then you will most likely panic and do a mistake.

The long play video above seems a bit off in the framerate, not sure why but i guess it is down to the recording and or Youtube as the game on my setup is not choppy.

I wonder how many times this long play gamer used to practice the levels and how many retries used to complete this game so fast, when i watch it now i have to say that it is quite impressive.

Rush out and give this game a try, it is most definitely one of those Amiga platformers that you just have to play.